This Class II stone, found in 1819, is now in the Museum of Scotland in Edinburgh.

The slab was found in Woodrae Castle - according to CANMORE it was used in the kitchen floor there. Woodrae is very close to Aberlemno and is very similar in style to the Aberlemno cross slabs.

The cross face has had the cross deliberately obliterated, but the creatures decorating the panels are still beautifully clear. These include:

The rear face is very badly damaged. It is divided into at least two sections. In the top section are a horse and rider alongside a double-disc symbol above a step symbol. In the lower section is what may be a hunting scene. Most of a horse and rider are visible as is an ox and several dogs, one of which is in the act of bringing down a deer. 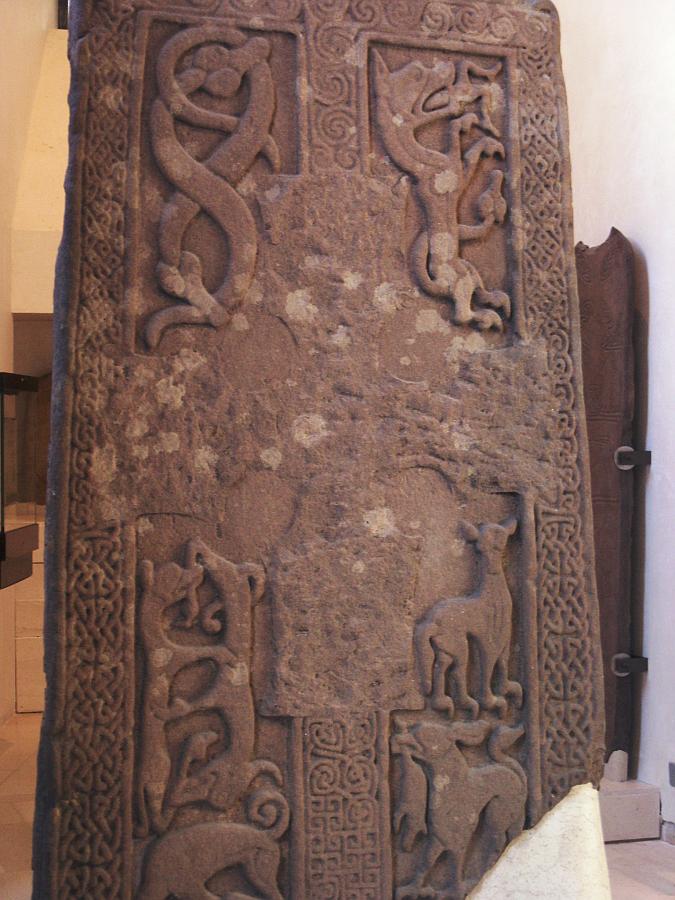 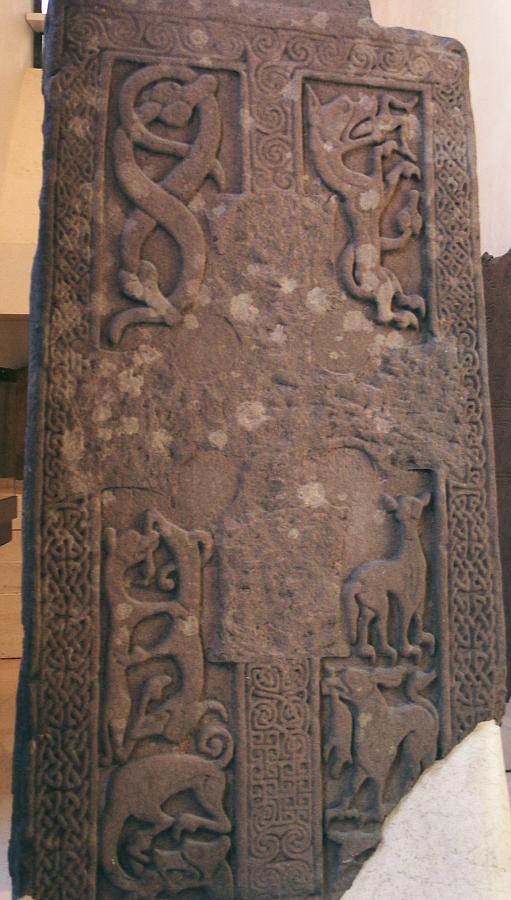 2/3 A slightly wider view of the cross face. 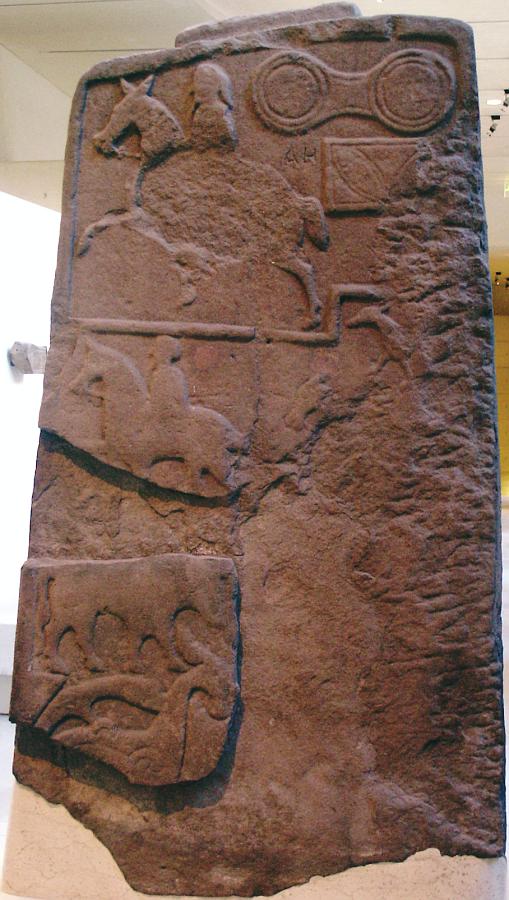 3/3 The symbol face.
Previous Next