The beautiful cathedral of St Magus in Kirkwall, Orkney, is the northernmost cathedral in Britain.

According to CANMORE: Work started on construction of the cathedral in 1137 under the orders of Earl Rognvald, the nephew of Magnus.

Magnus was the son of Erlend, one of the co-rulers of the earldom. The young Magnus was taken along by King Magnus of Norway on a raiding expedition through the Hebrides then south to Anglesey where an attack was made on two Welsh earls. The story goes that Magnus refused to fight and sang psalms whilst the battle raged around him. King Magnus was not best pleased at this behaviour, and young Magnus jumped ship during darkness and fled.

After King Magnus died, Magnus returned to Orkney. The co-rulers Erlend and Paul were now dead and Hakon, Paul's son, was earl. Magnus put forward a claim for his share of the earldom and, in 1117, a meeting was arranged between Magnus and Hakon. However, Hakon did not come to talk and Magnus was seized. Lifolf, Hakon's cook, was ordered to kill Magnus. This he did by striking a blow to the head with his axe.

This tale of Magnus's death was taken with, shall we say, varying degrees of seriousness. However in 1919, during renovation work, some loose stones were found high up in one of the pillars of the cathedral. Behind these was a cavity containing a wooden casket with human bones...including a skull that had been split by an axe. 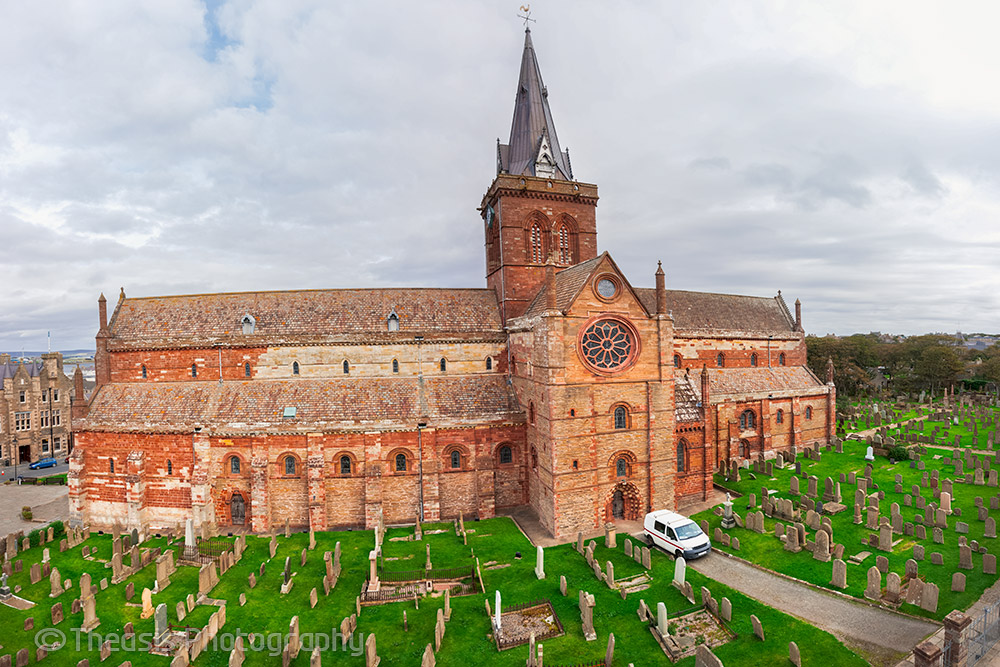 1/17 Viewed from the Bishops Palace. 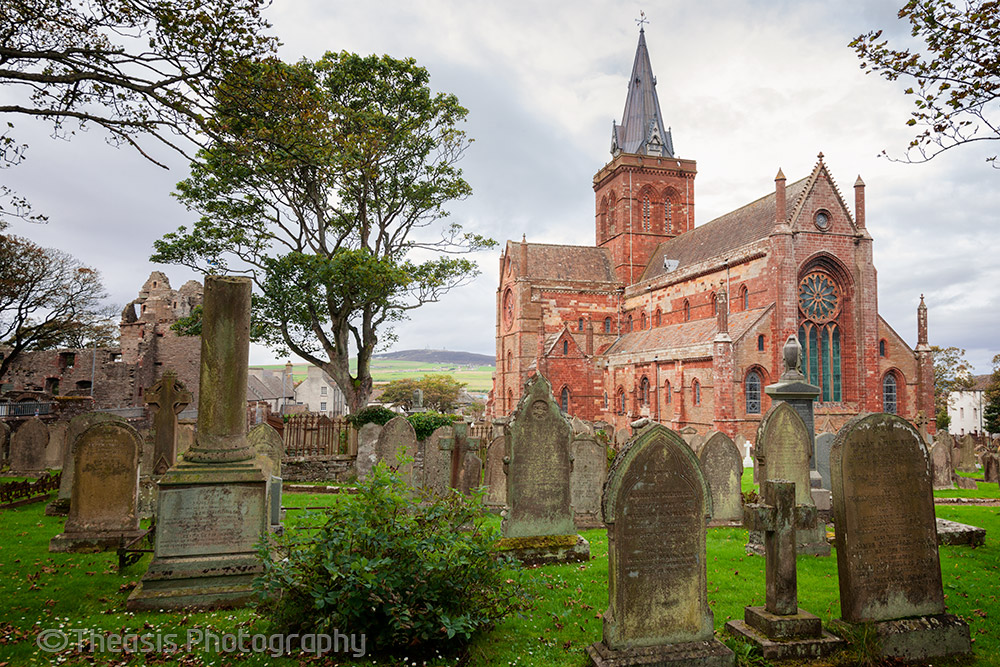 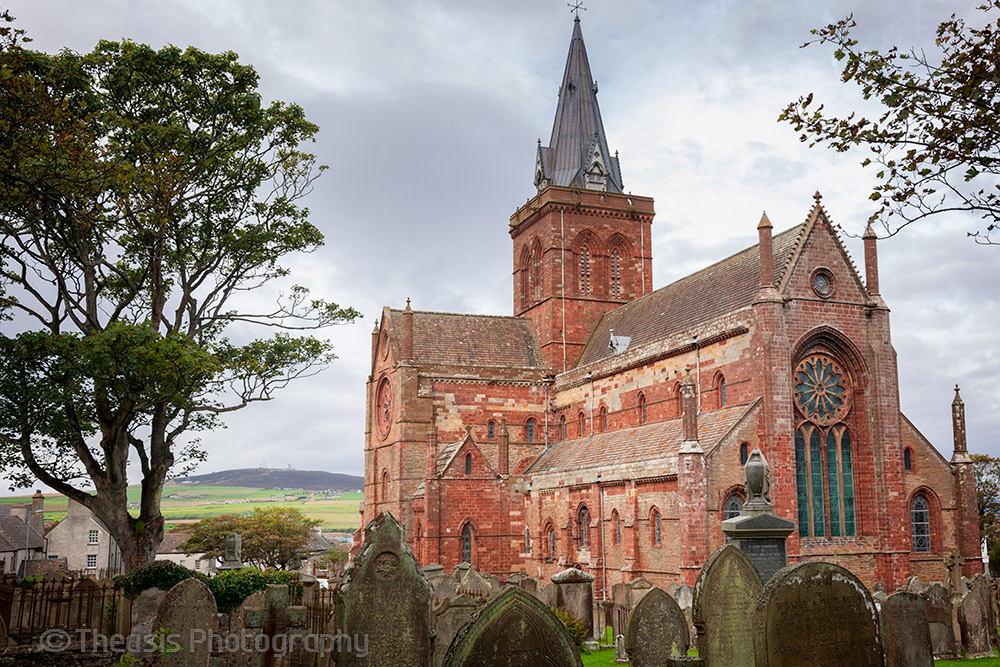 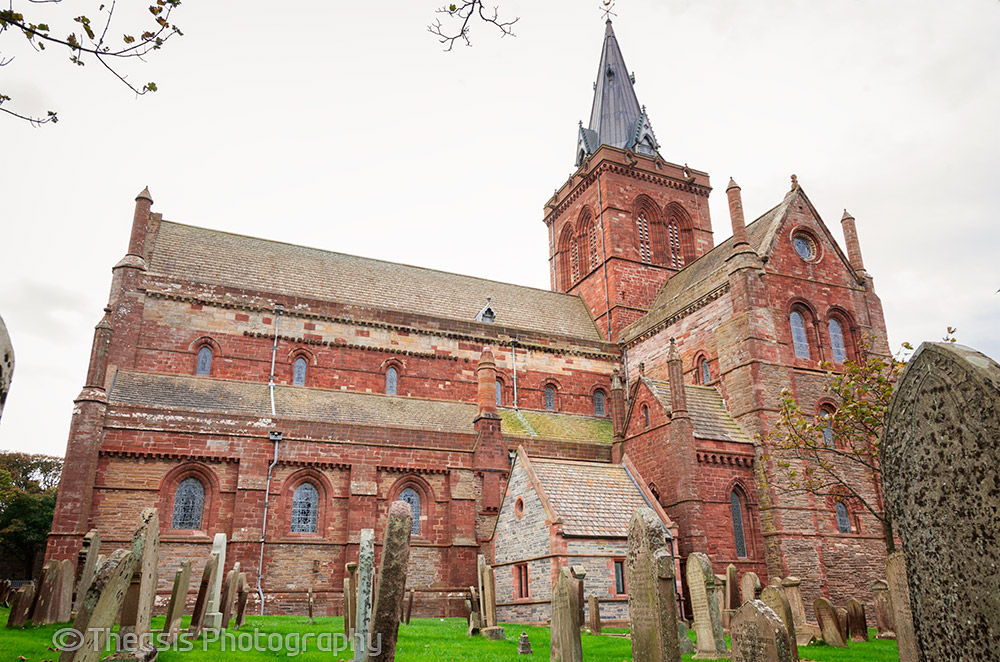 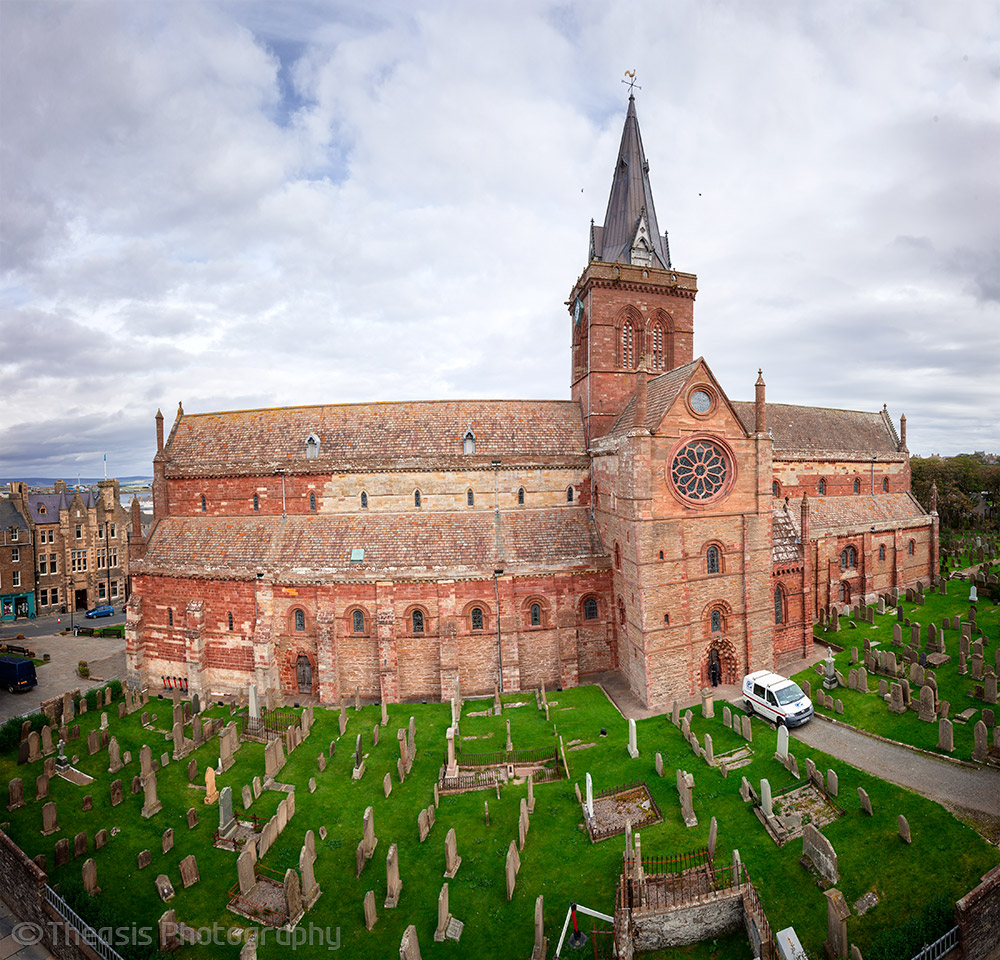 6/17 Viewed from the Bishops Palace. 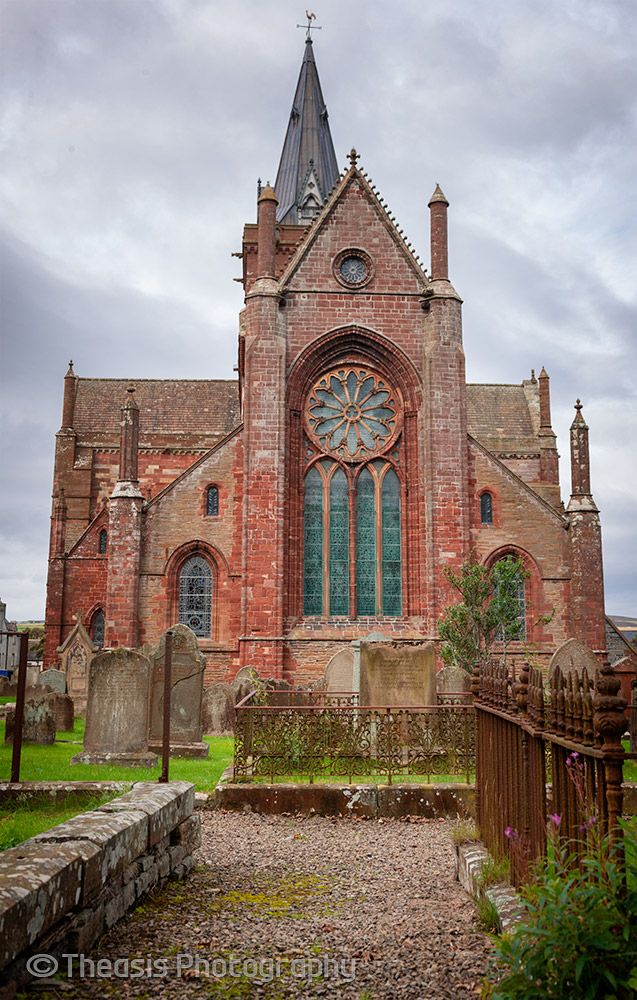 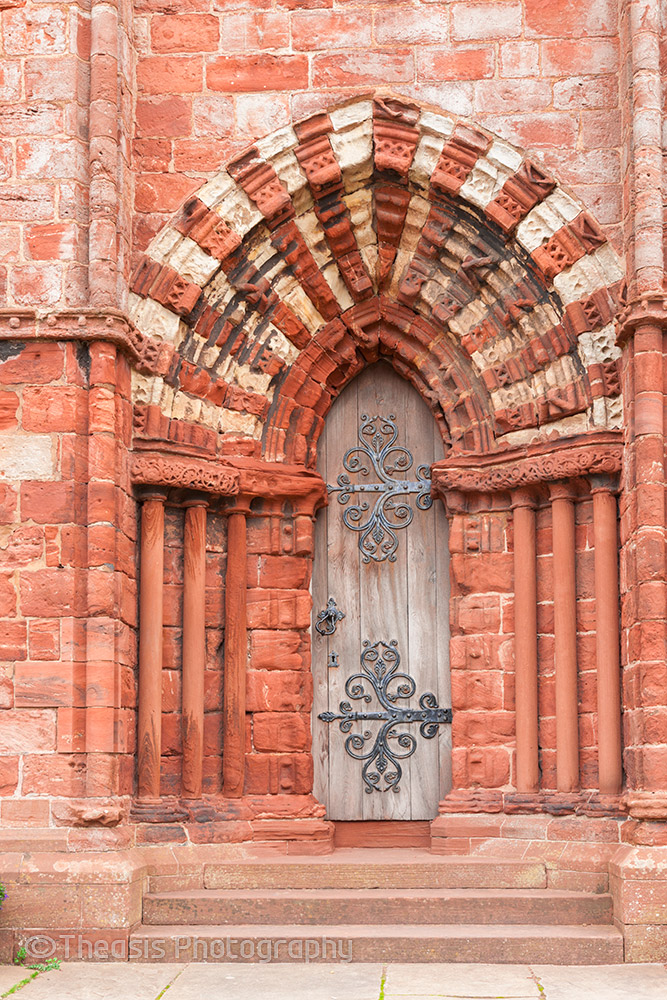 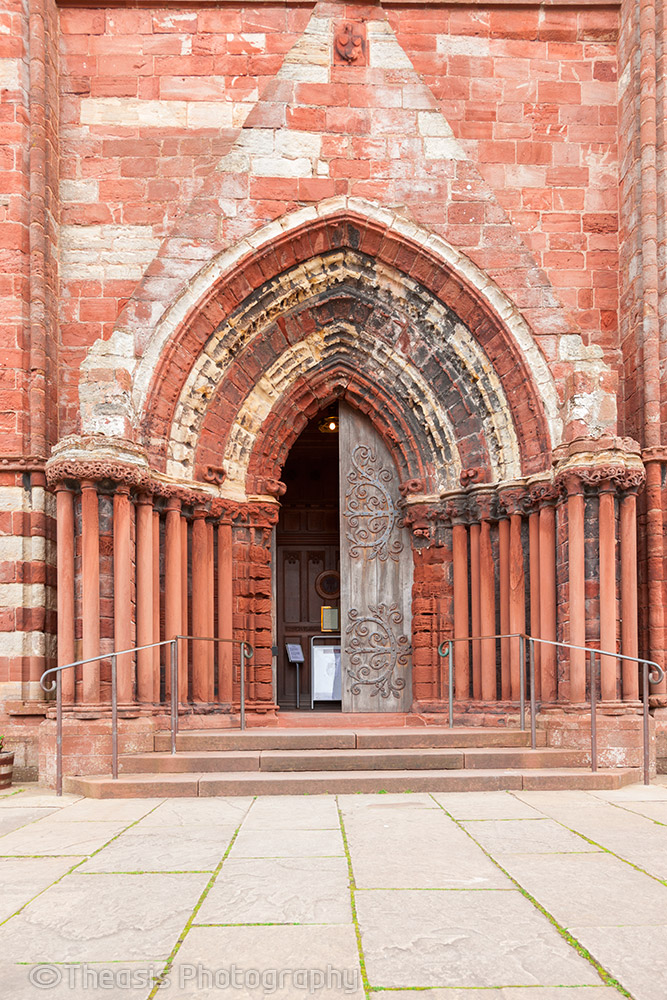 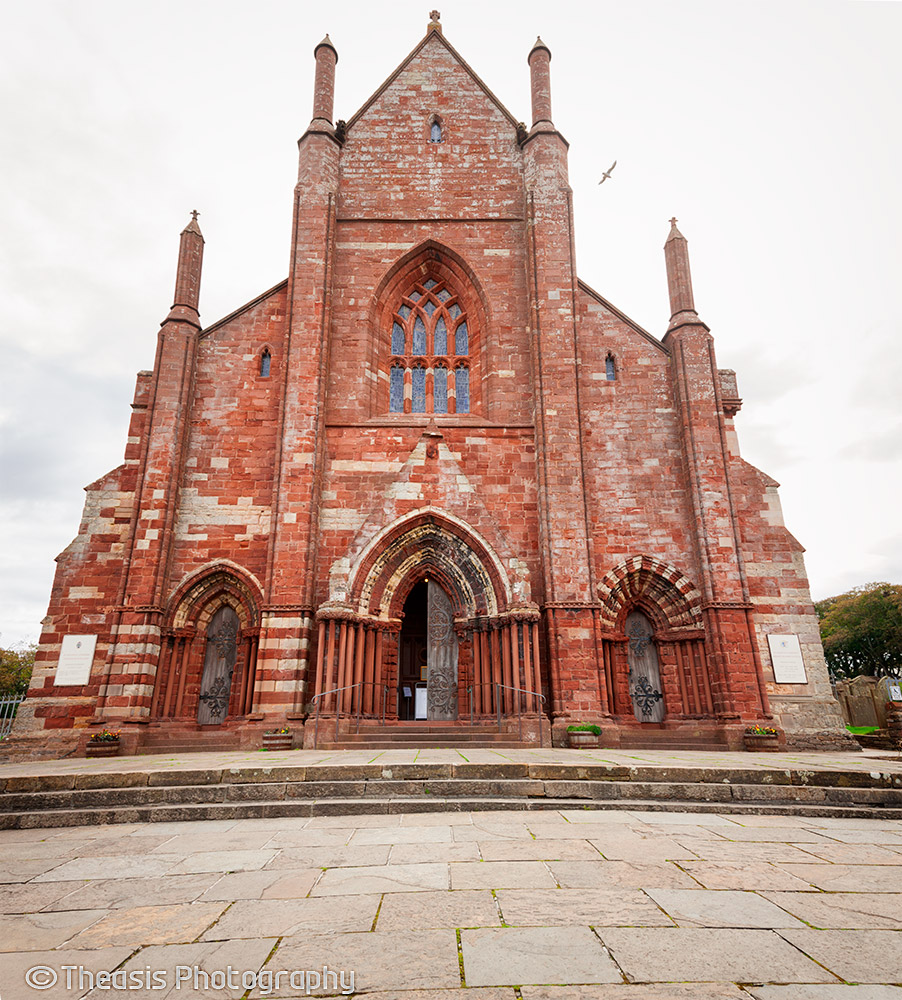 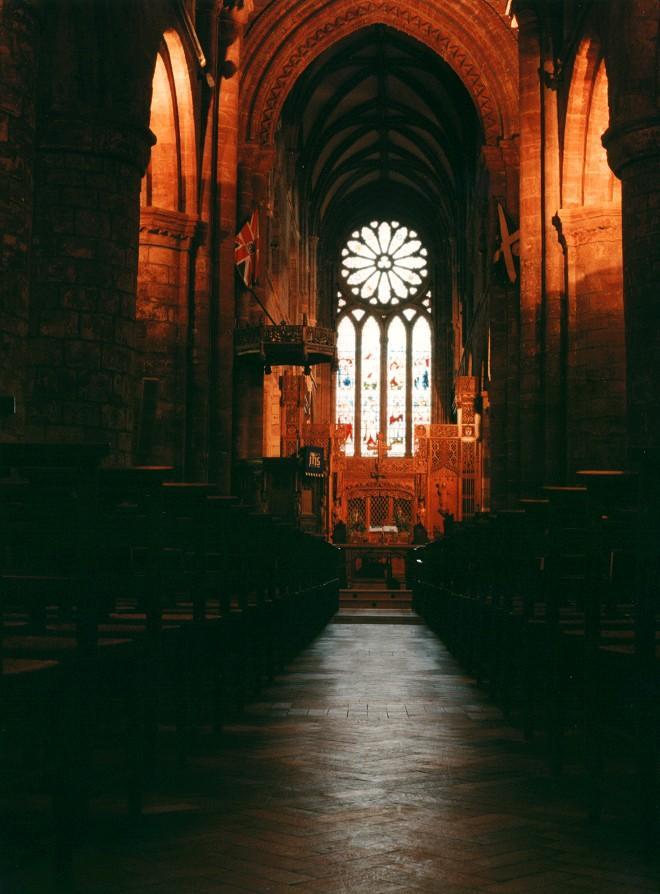 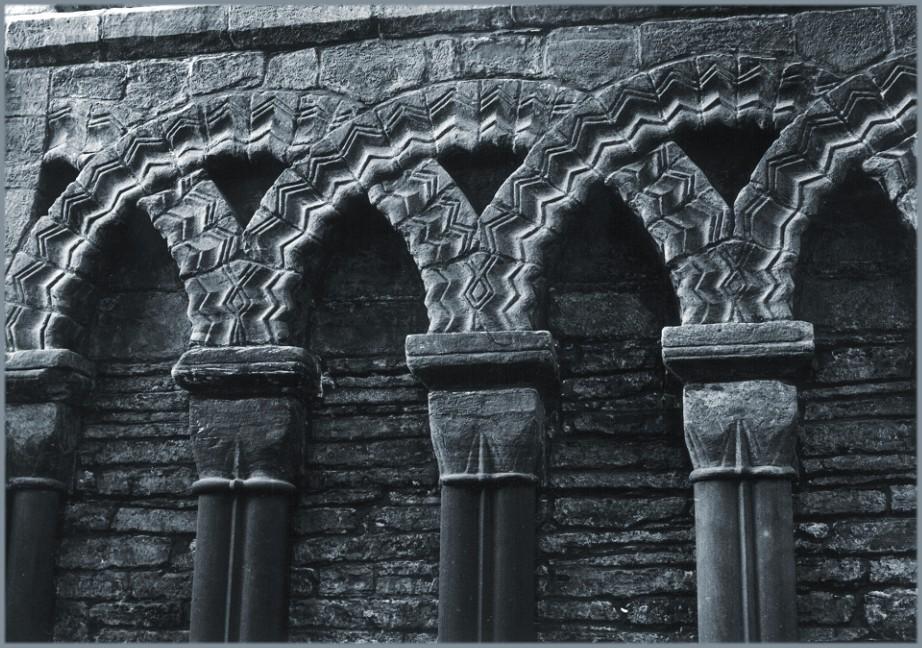 13/17 Decorative arcading in the nave 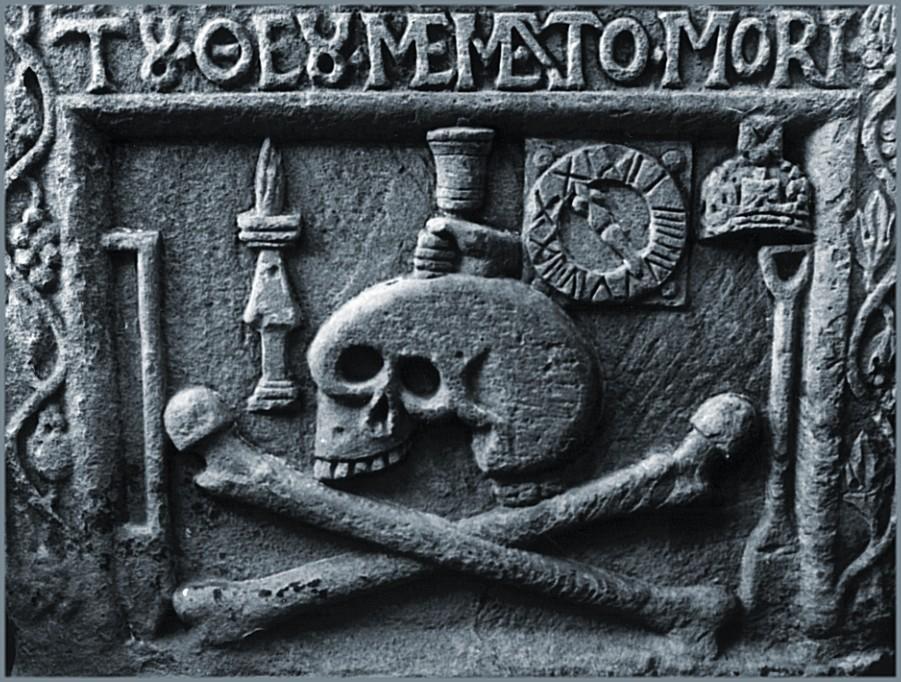 16/17 Another memorial slab, unusually showing a clock face rather than the common hourglass 17/17 There are many carved heads inside and outside the cathedral. This may be a local otter
Previous Next