Achmore is probably not the reason why you'd go to Lewis. Fallen stones in a peat bog on a featureless wet hillside - possibly not going to get the blood pumping through your veins.

In the early 1980s it was thought likely that there was a megalith here - a stone was just peeping through the surface of the peat. And as the peat cutters made their way across the land, a passing archaeologist (Margaret Curtis - then Margaret Ponting) noticed from her bus journey that several stones were appearing.

By the mid 1990s, peat cutting had revealed the extent of the entire circle. And, sadly, allowed several of the stones that were supported by the peat to fall.

The circle is a little over 40 metres (about 135 feet) in diameter and there were probably twenty two stones up to two metres (6 feet) tall. Now there are two stones still upright, two stumps are still in the socket with the bulk of the stone broken and fallen, 12 others fallen from their sockets, three sockets with the megaliths missing, and gaps where three are assumed to have been.

One can't help but wonder what is still hidden under the peat of Lewis. 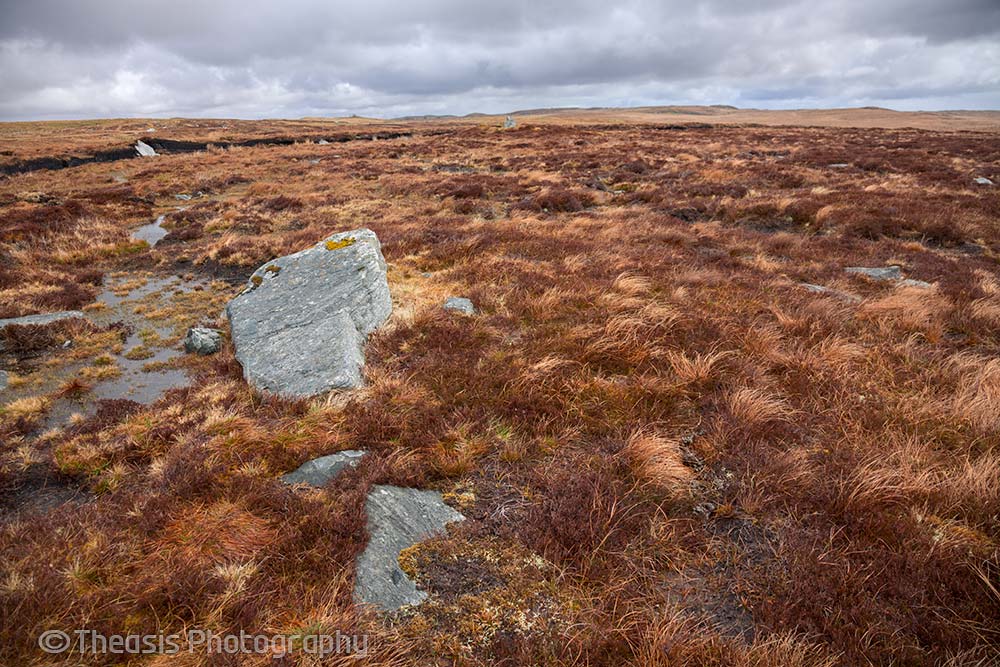 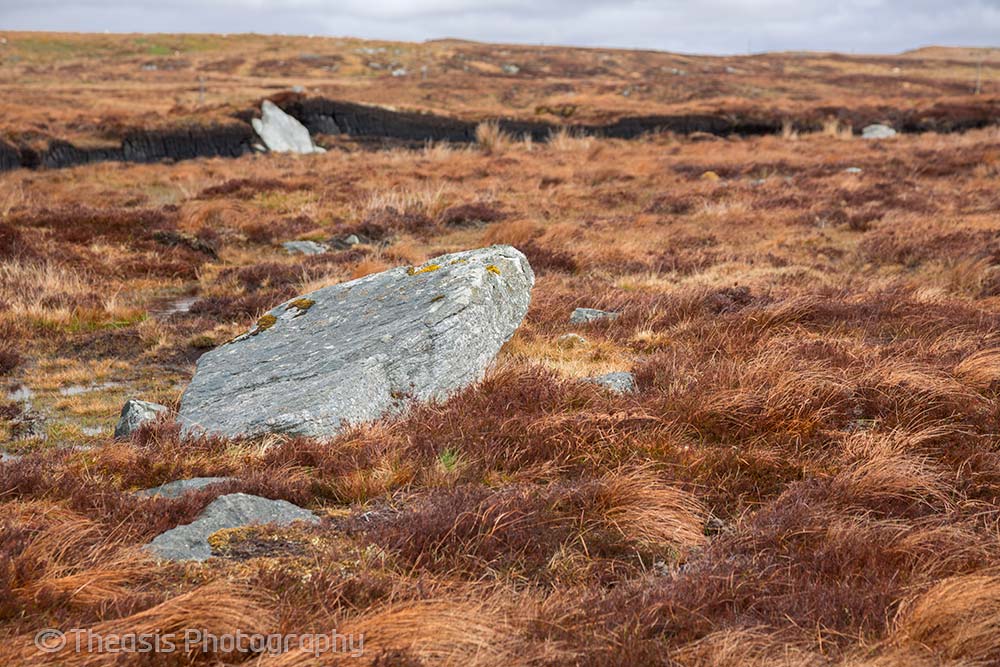 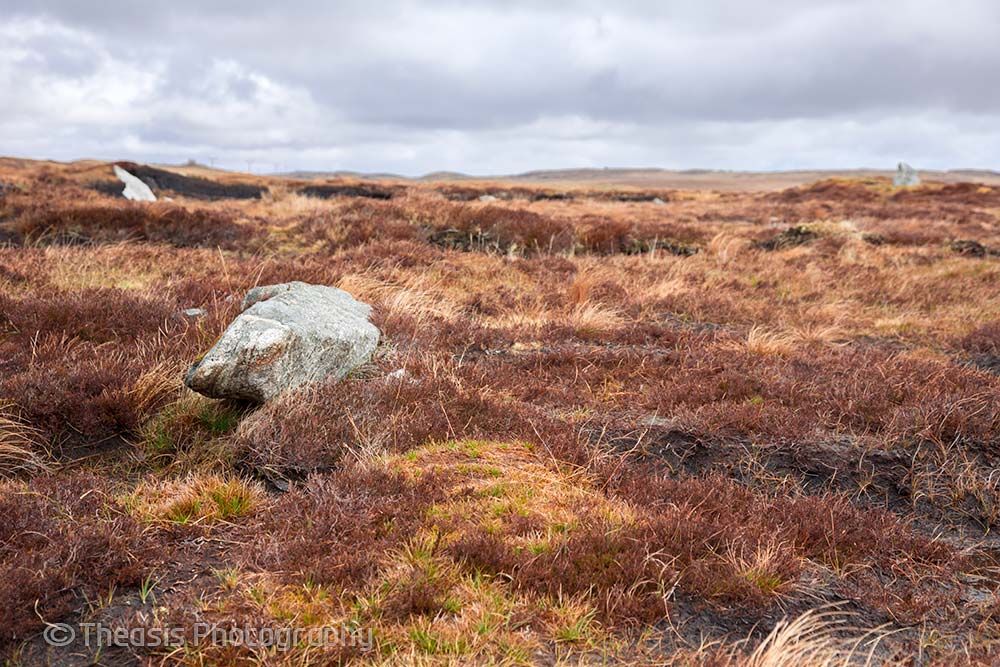 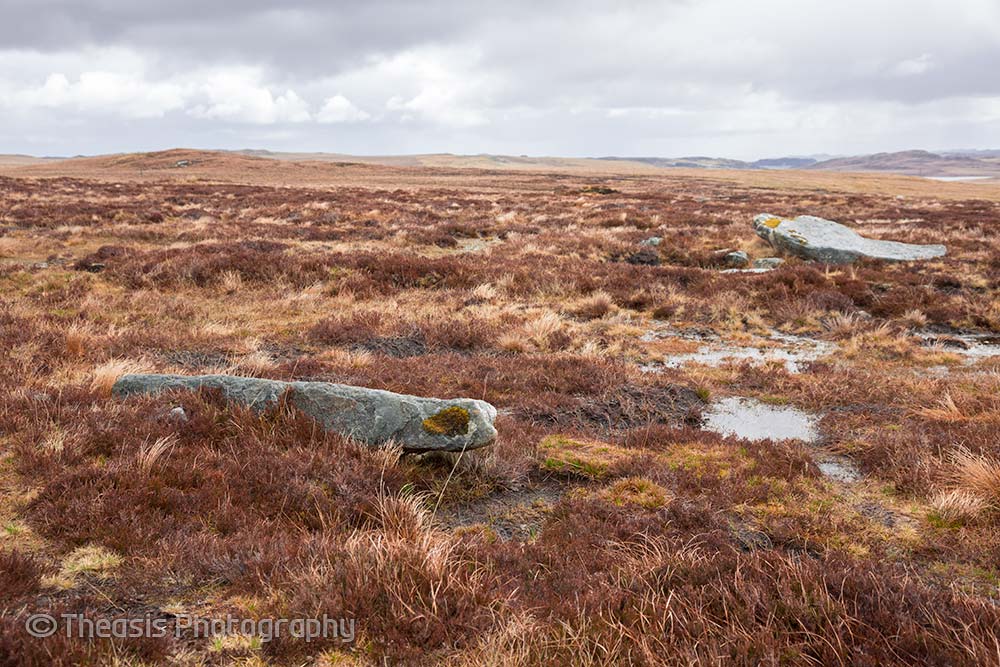 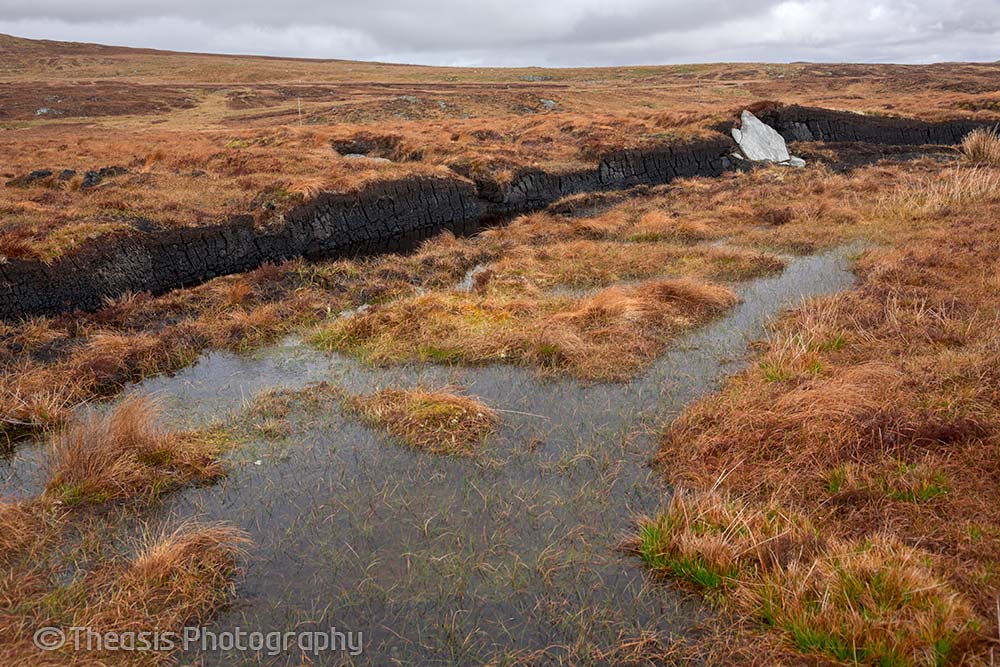 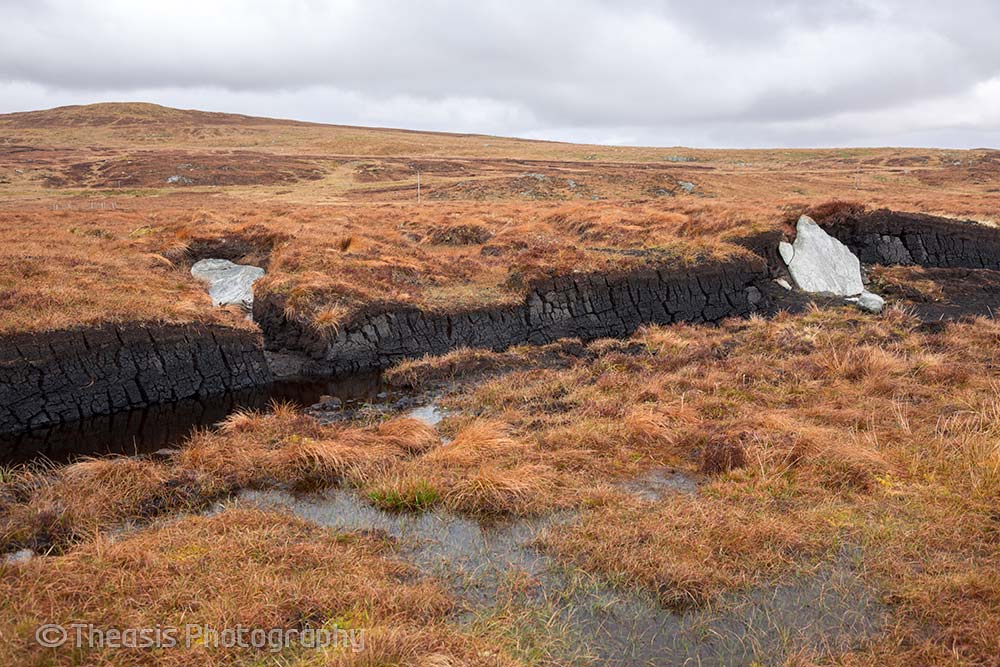 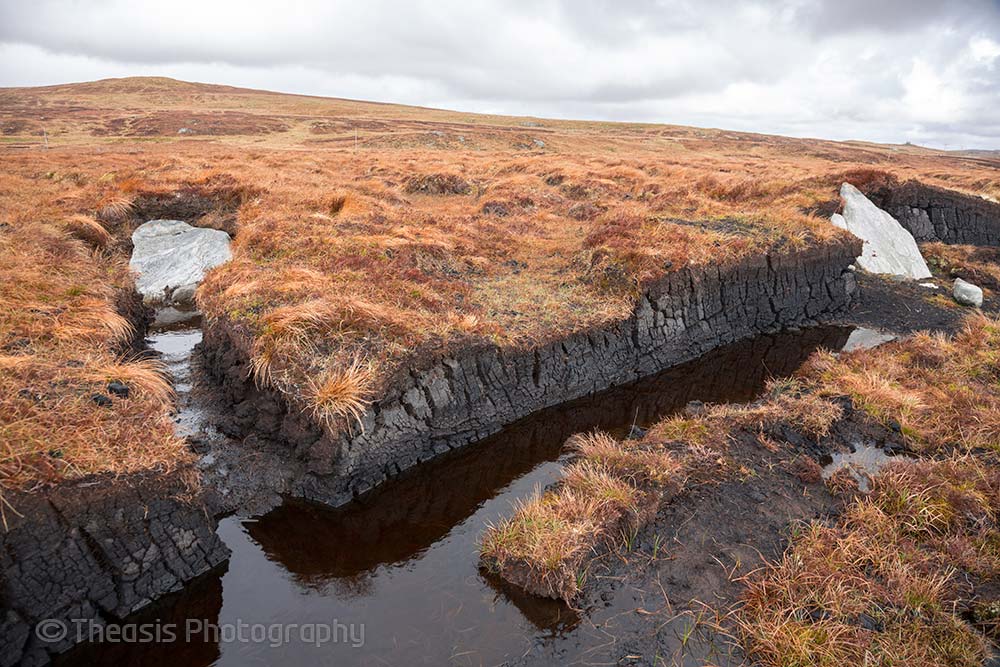 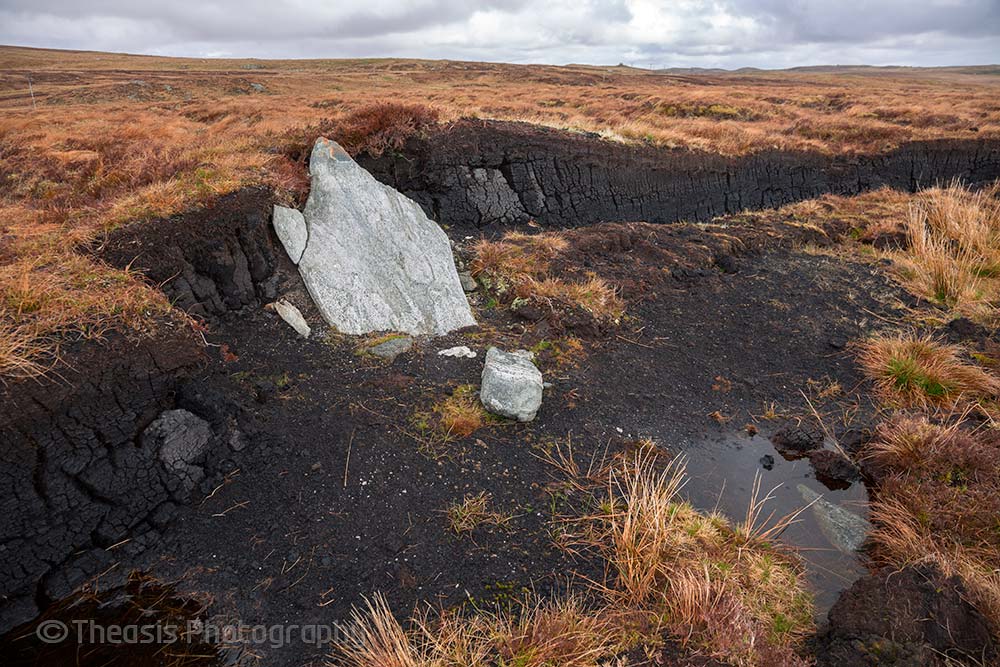 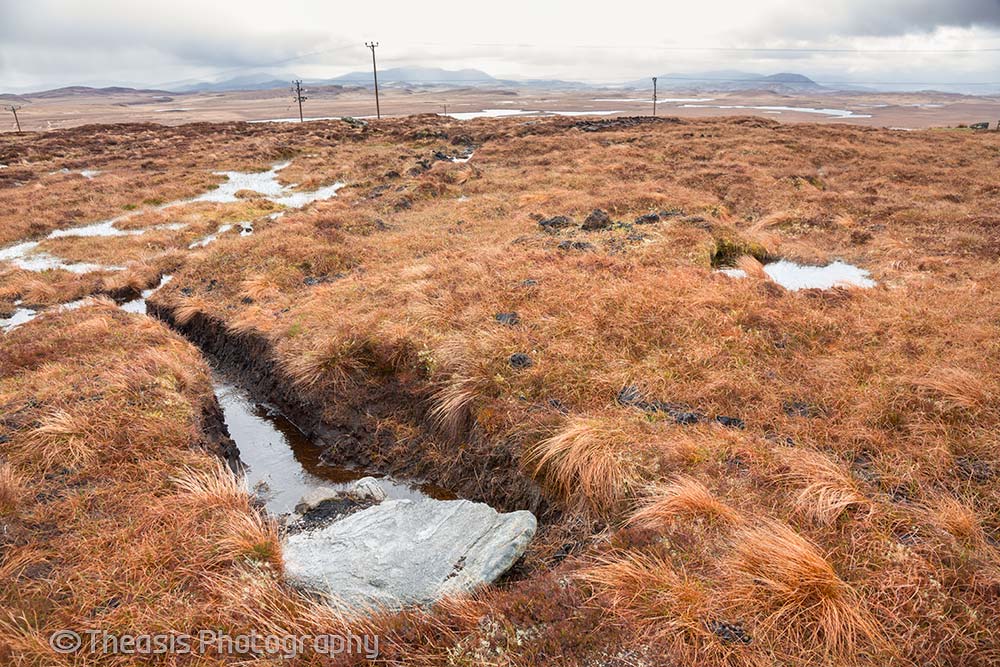 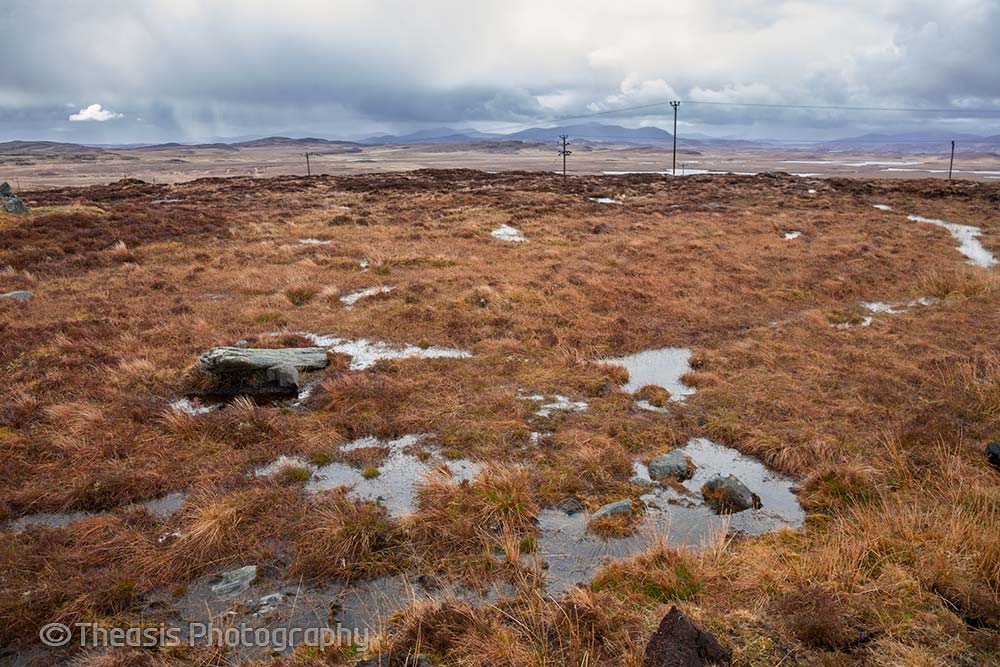 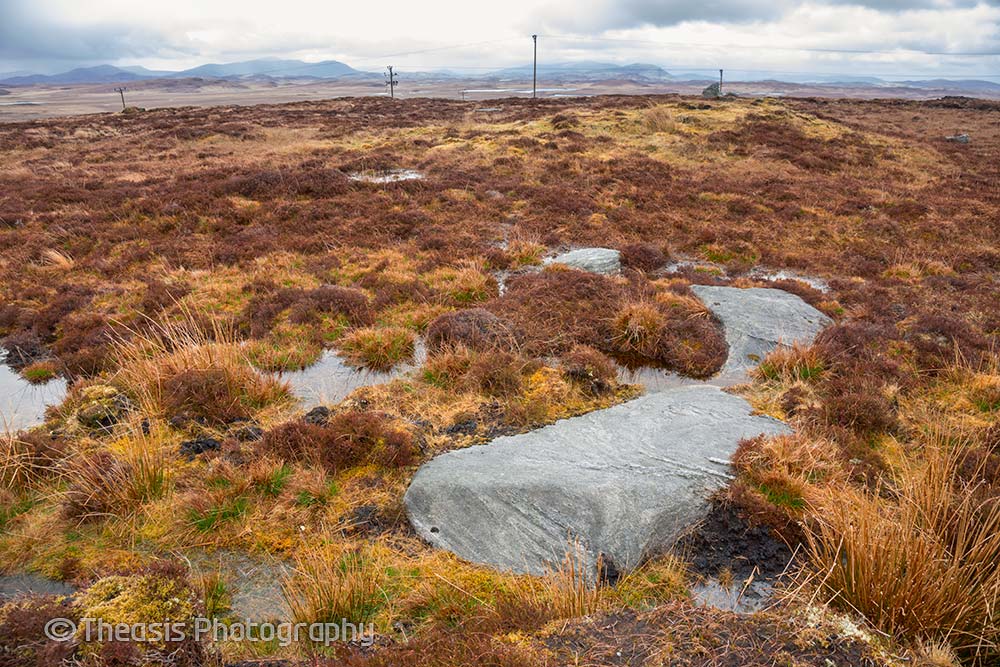 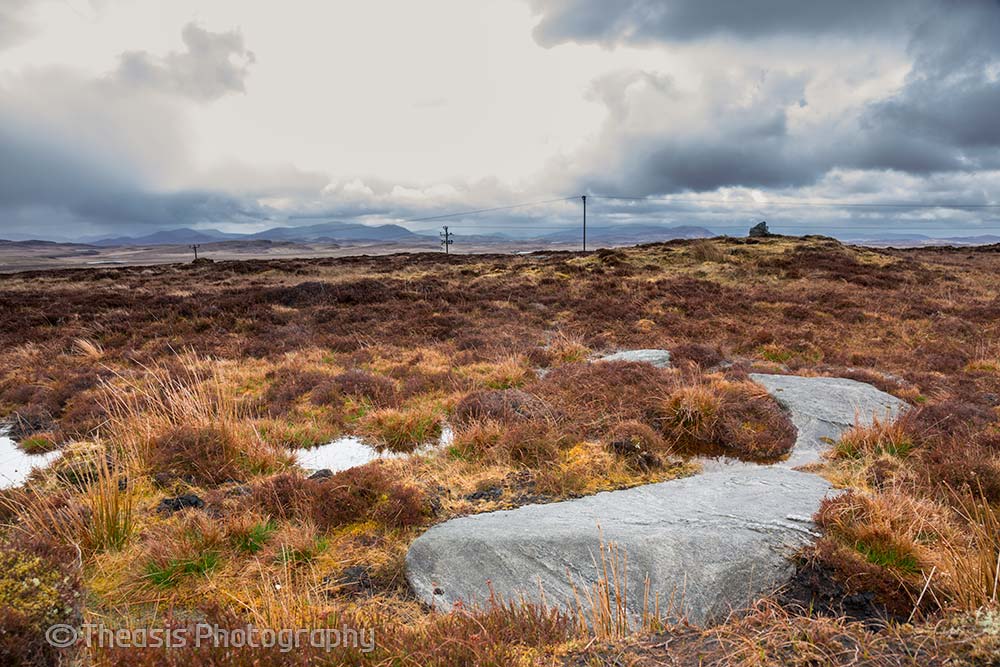 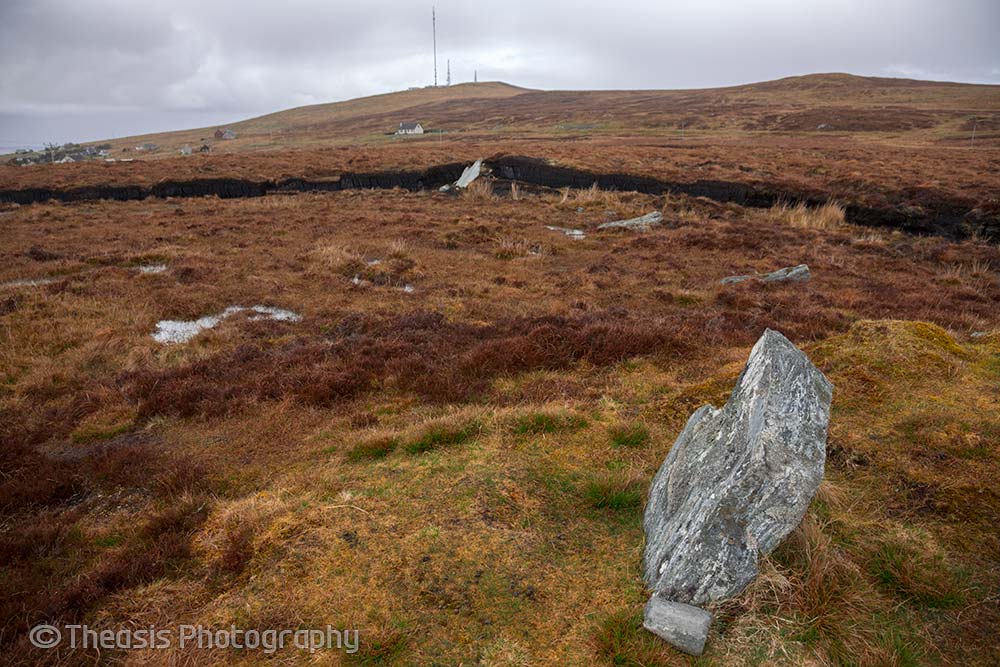 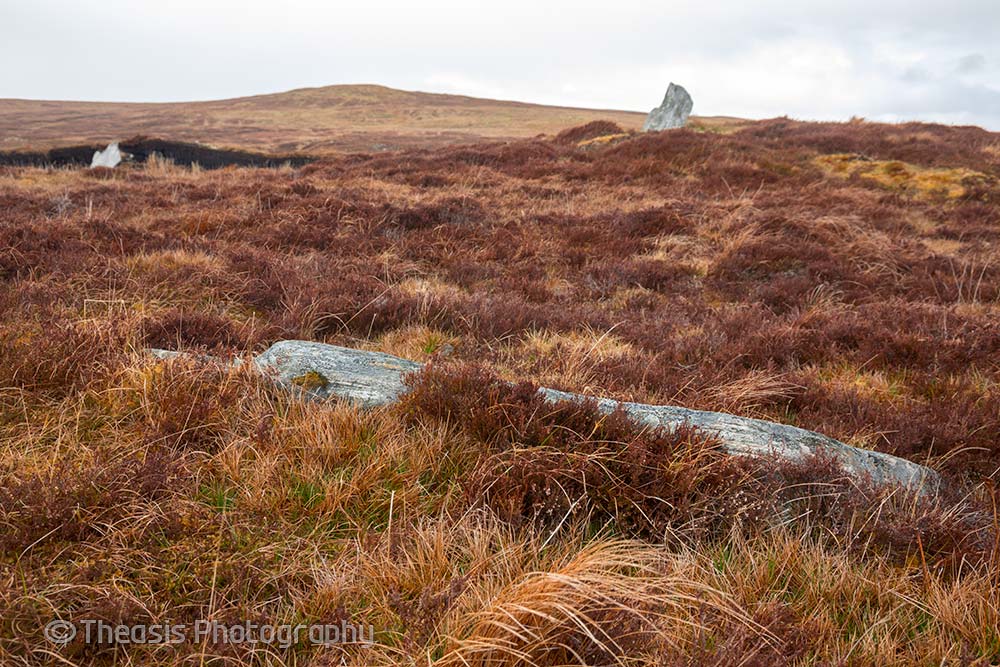 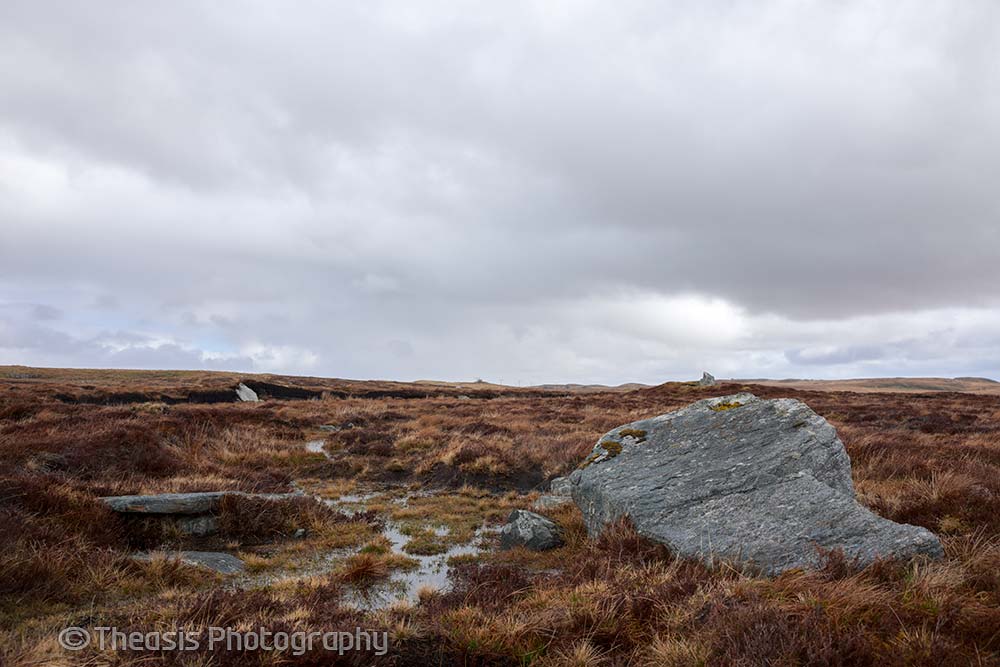