This pair of megaliths stand on a flattened mound near the north shore of Loch Leven. They are clearly visible from the road, but don't look particularly impressive from that distance. Closer up, they are impressively substantial standing about 3 and 2.2 metres (about 9'8" and 7'6") tall.

In the 1960s both stones were set in concrete, one of them having fallen. An excavation was carried out at the same time and several cremation burials were found in the vicinity of the stones. 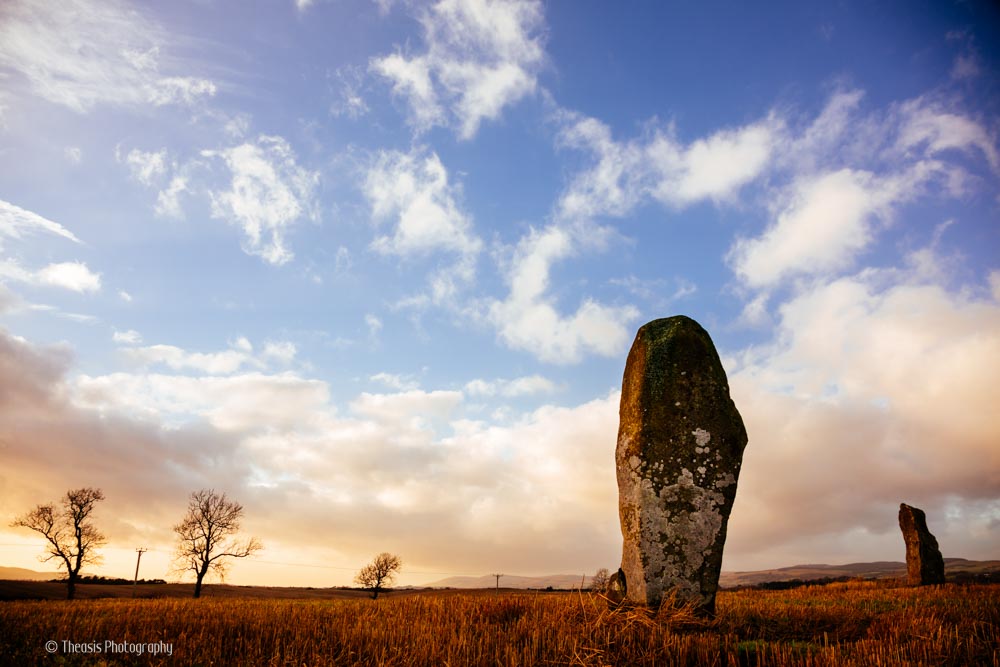 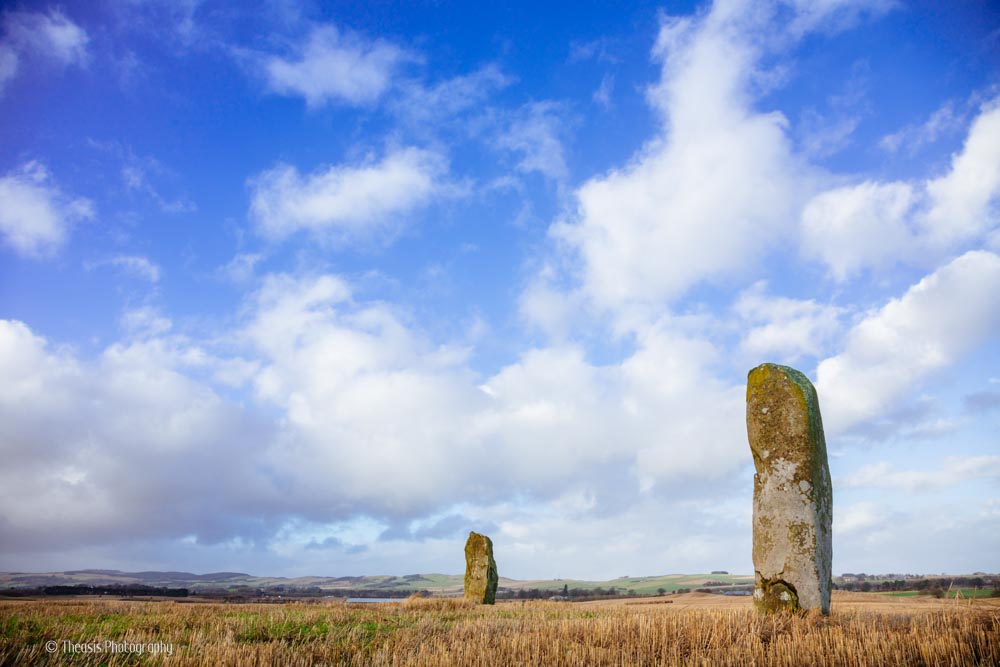 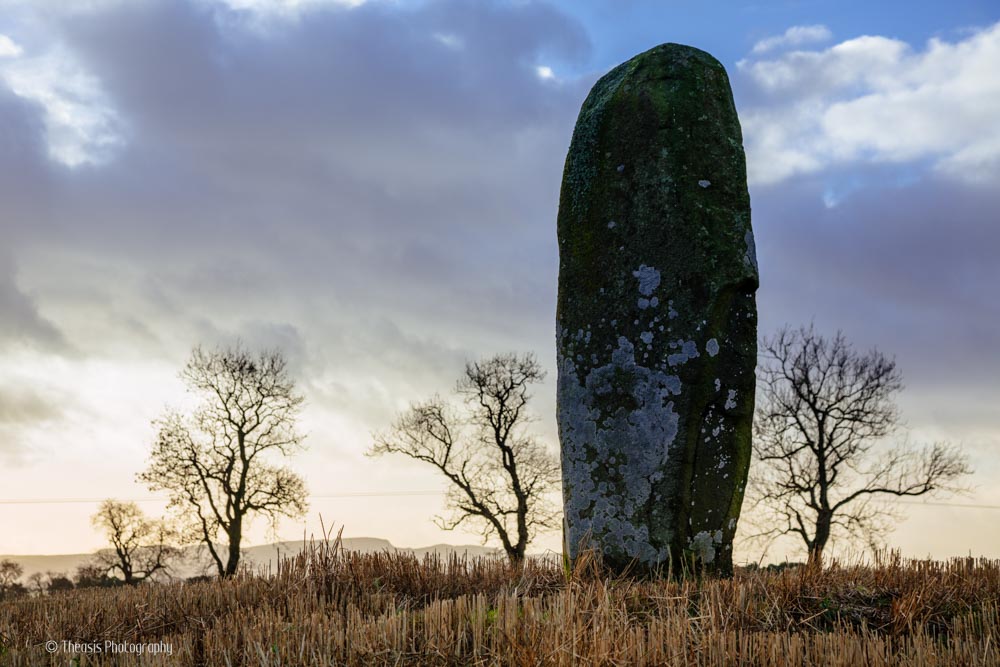 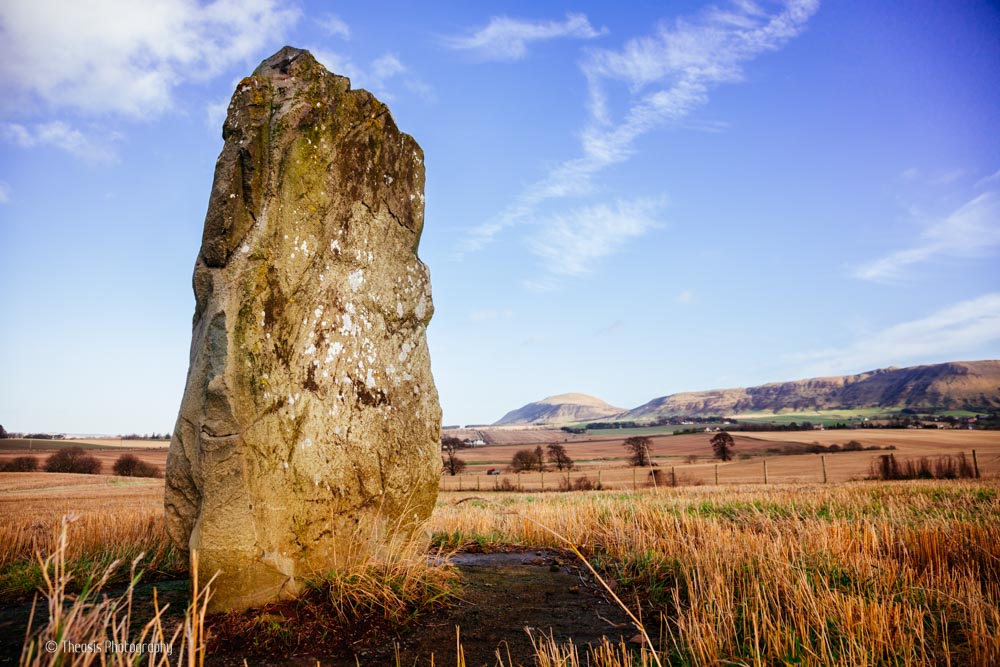 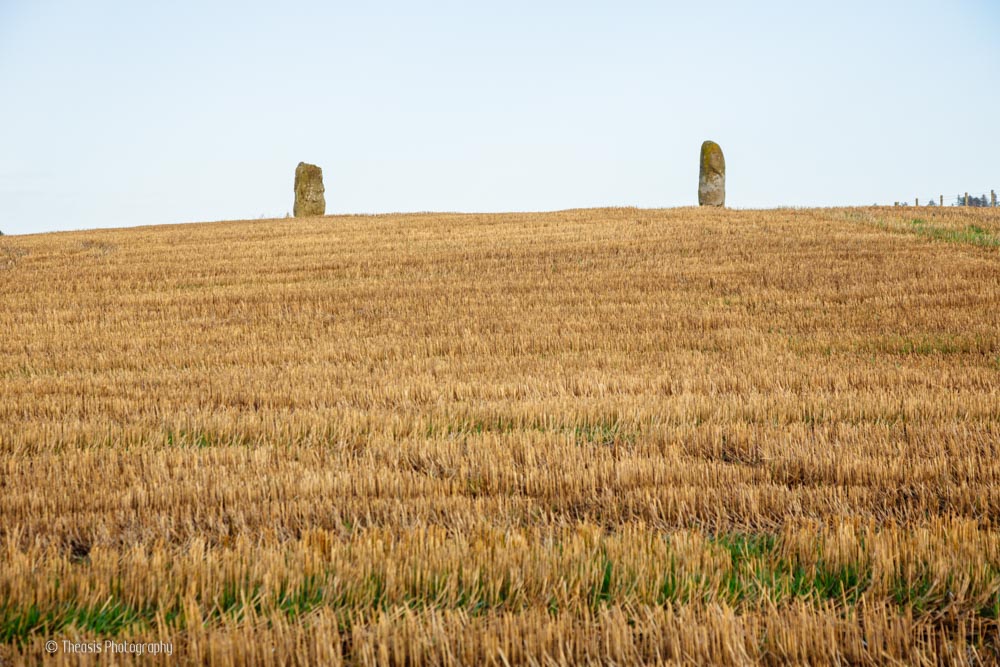 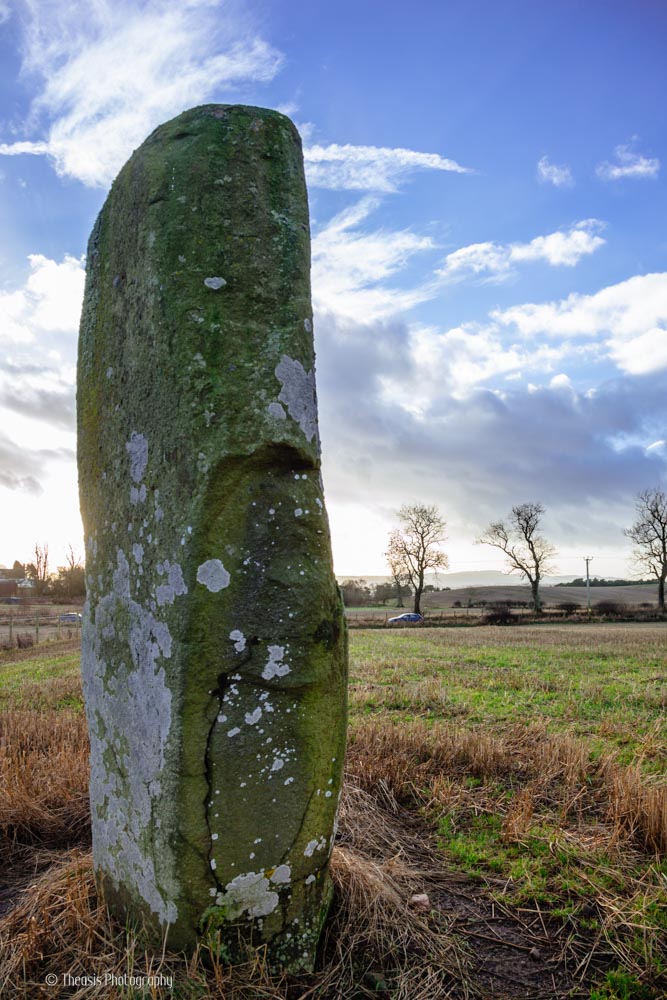 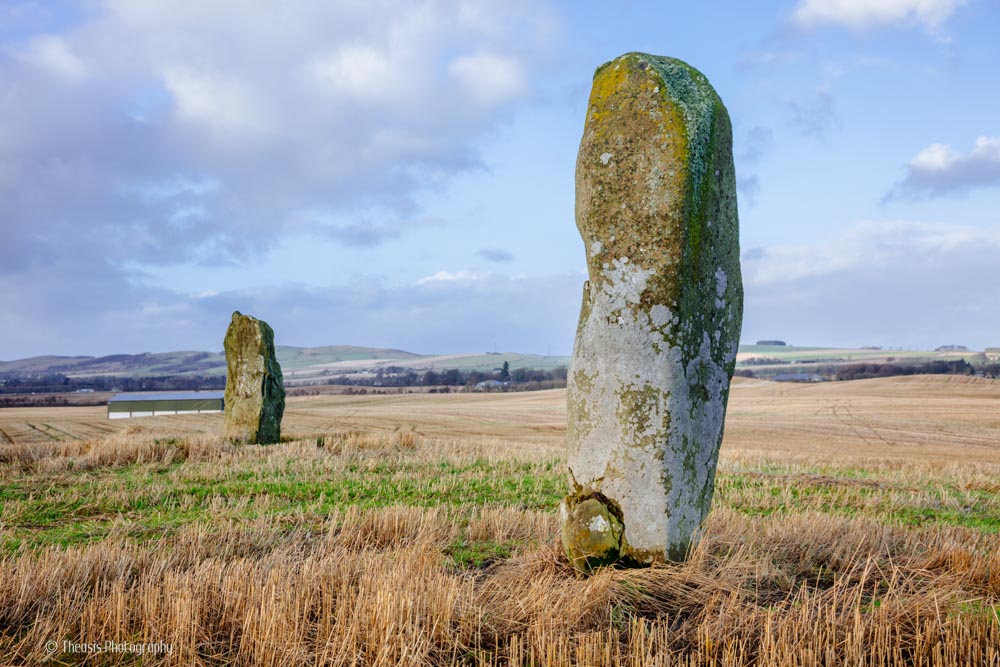 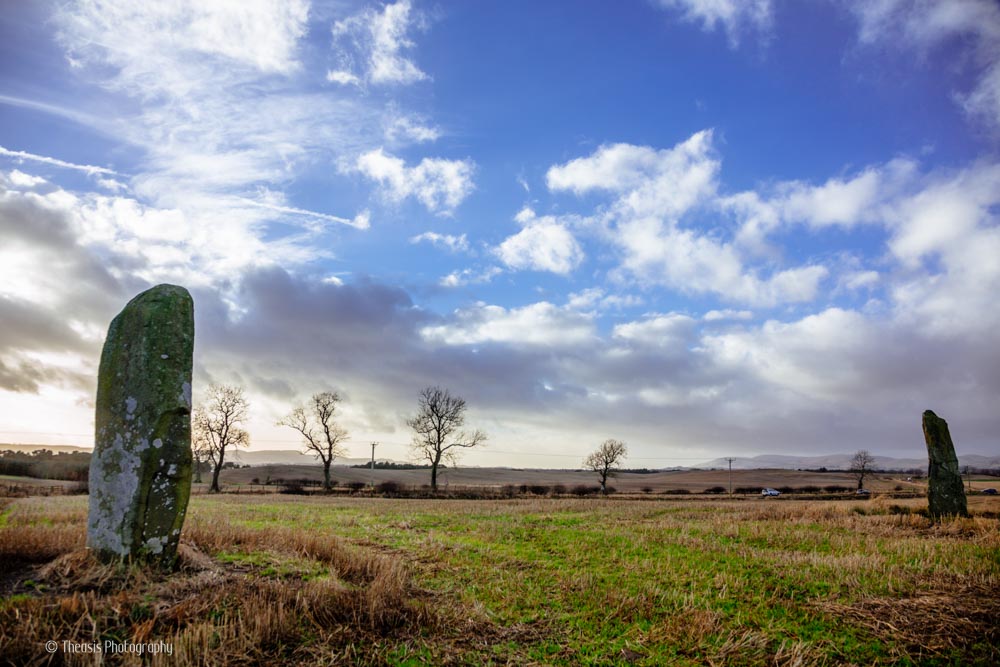 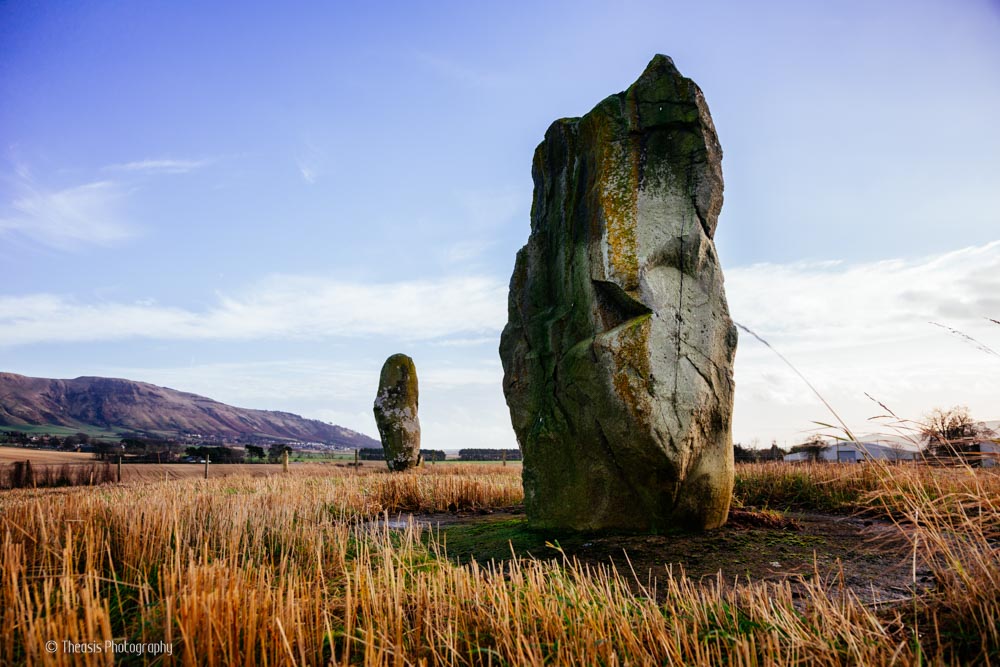 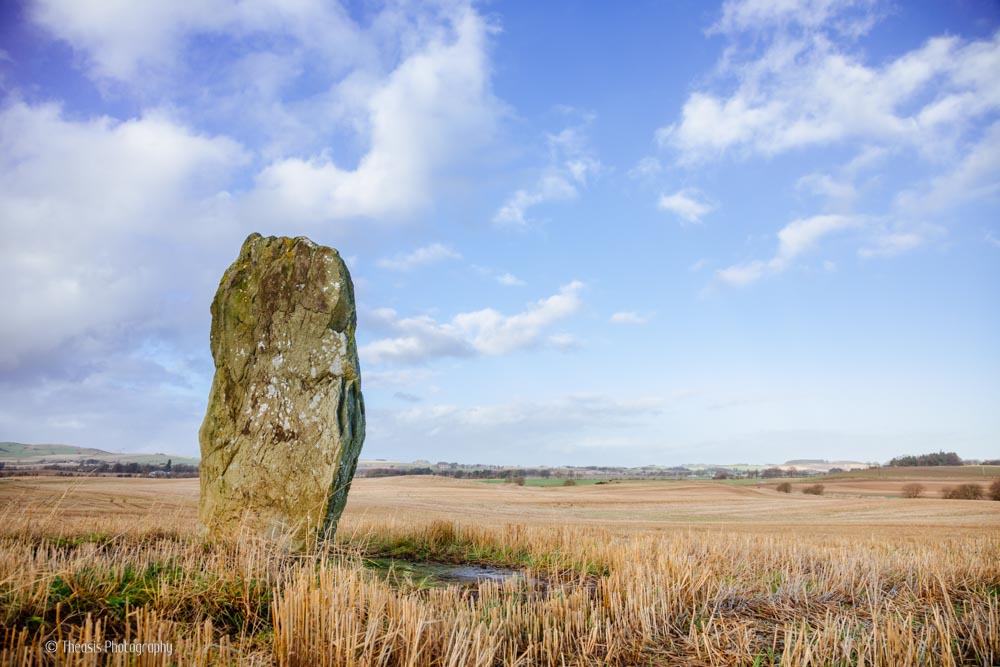 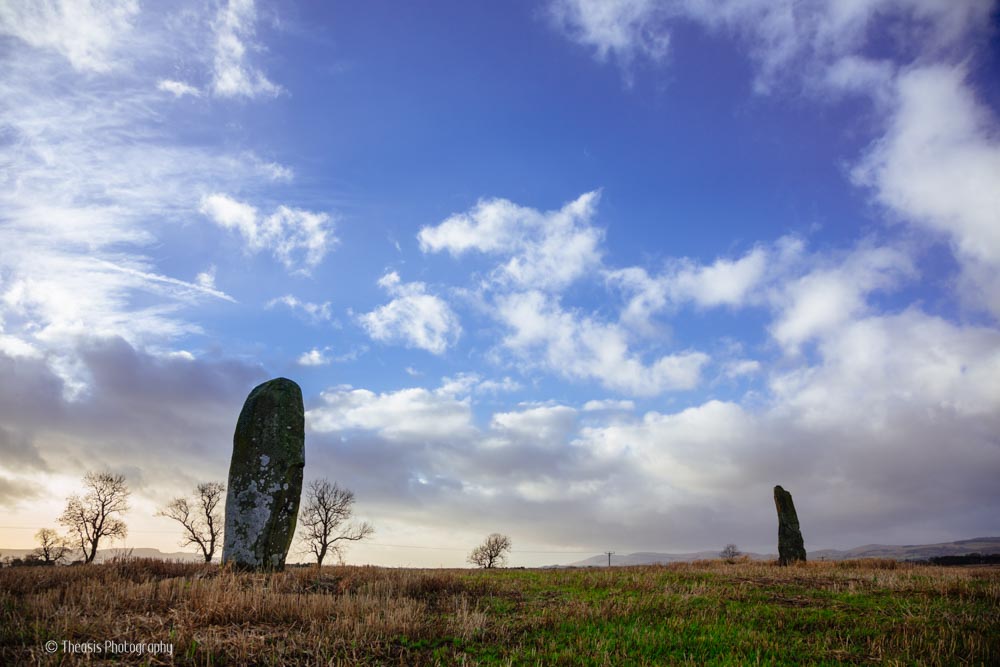 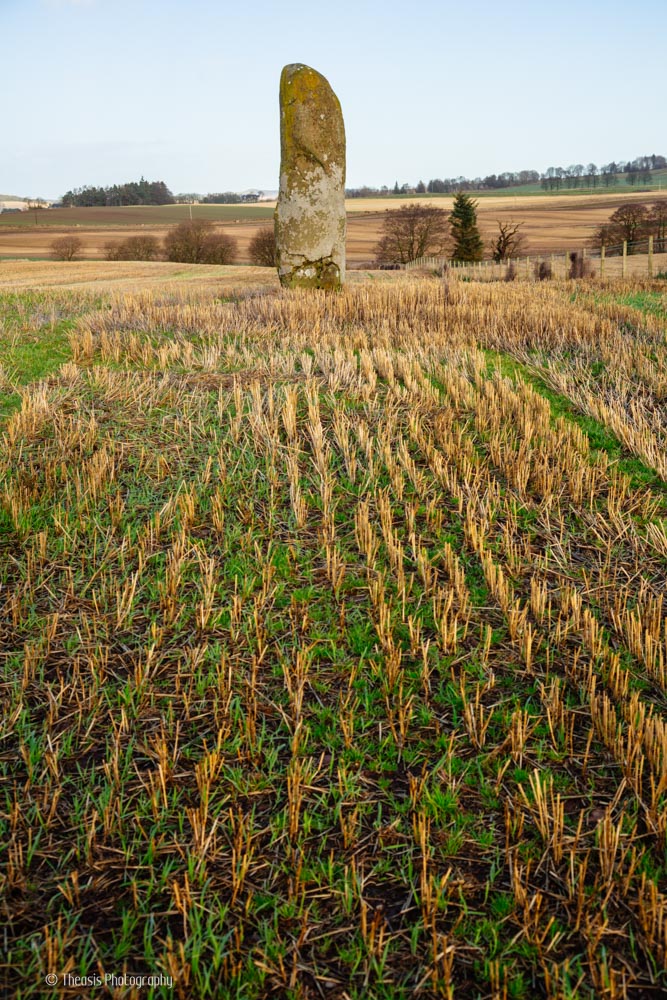 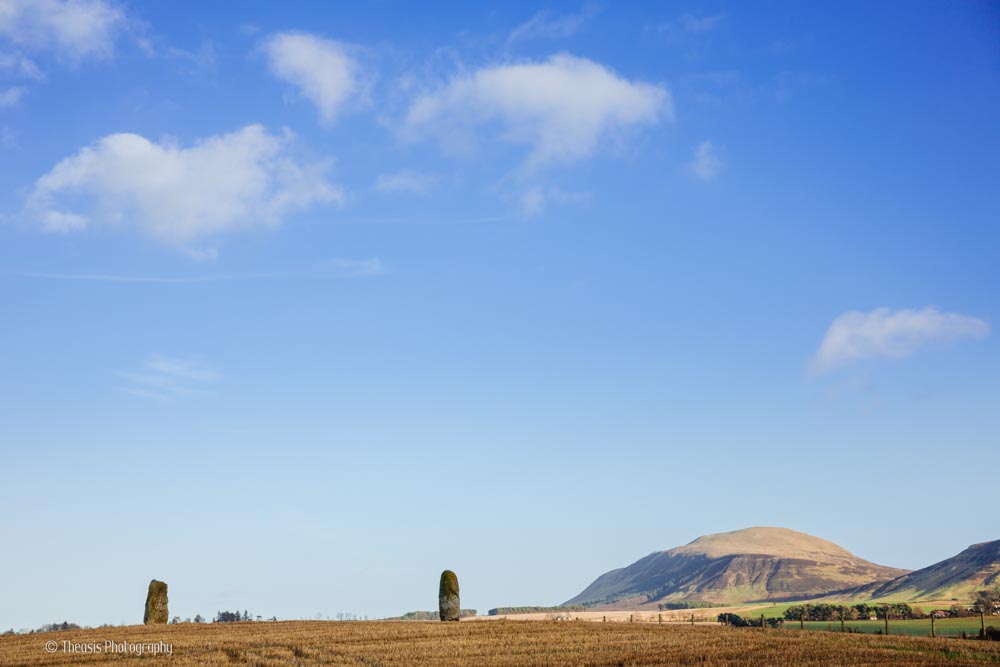 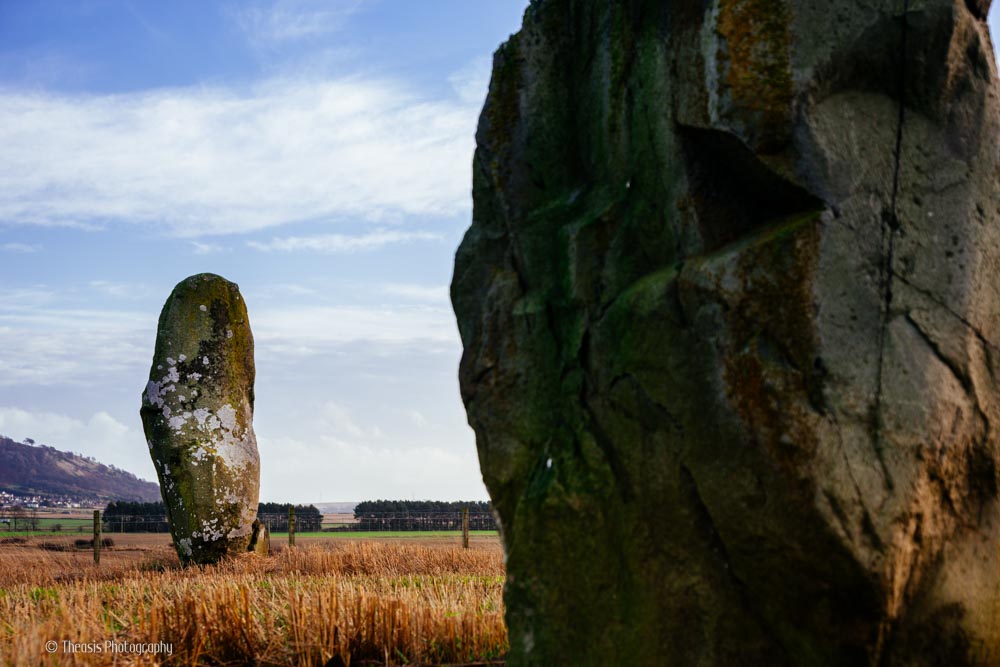 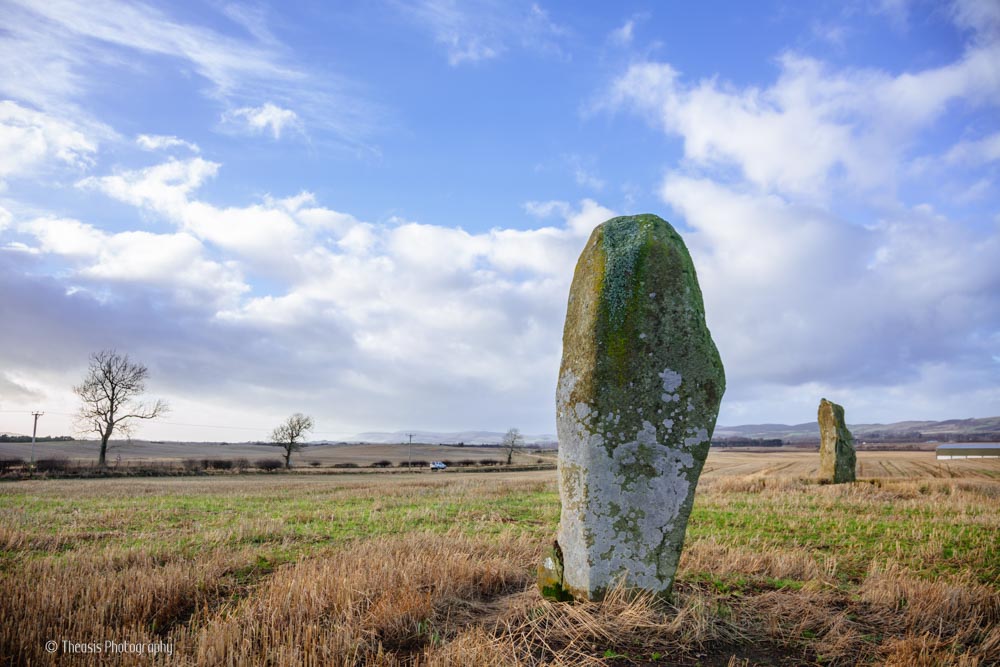 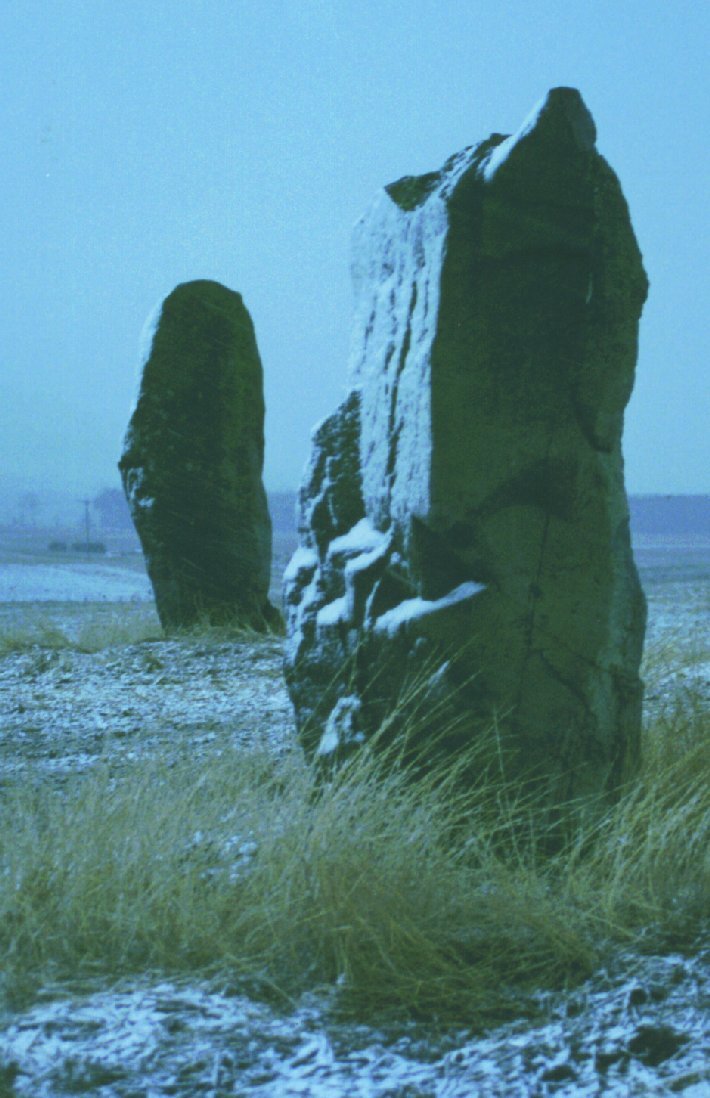 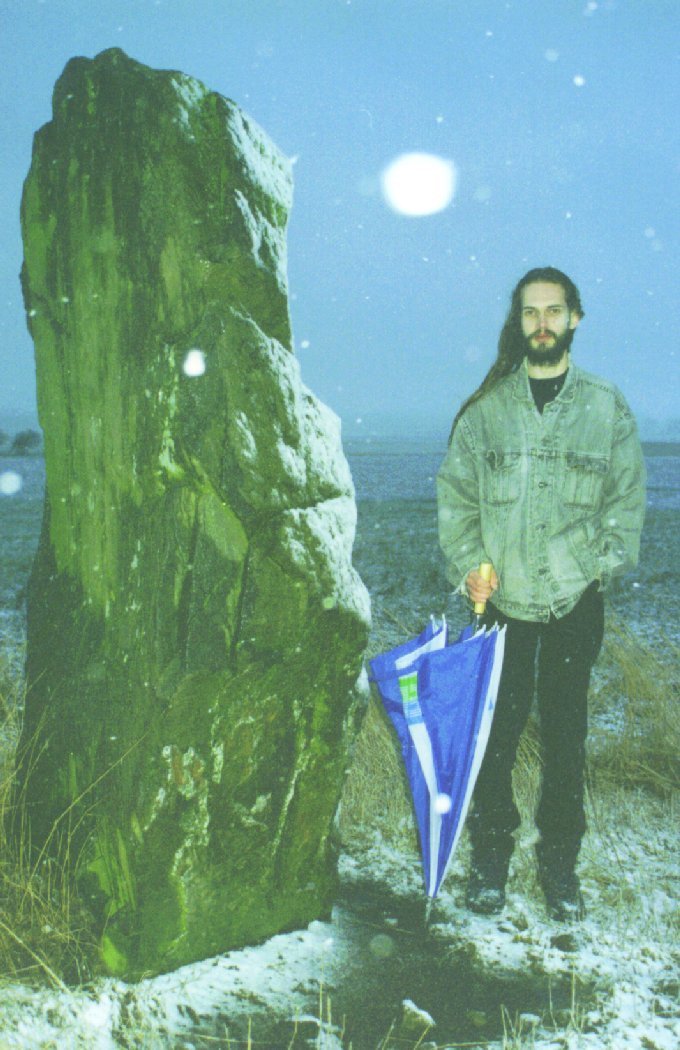