On the south-western tip of the Cowal Peninsula, with marvelous views over Loch Fyne, stand these three megaliths.

One stands alone by the side of a track leading to Eilean Aoidhe. It is about six feet tall.

Less than half a mile away and visible on the skyline in a col between two hills, stand the other two megaliths: one over ten feet tall, the other a broken stump.

Within the same square mile are several cairns and several outcrops of cup-marked rocks.

One of the stones is said to have faint Ogham lettering carved into it, but I could find none and the CANMORE database states that they could find no such markings, either. 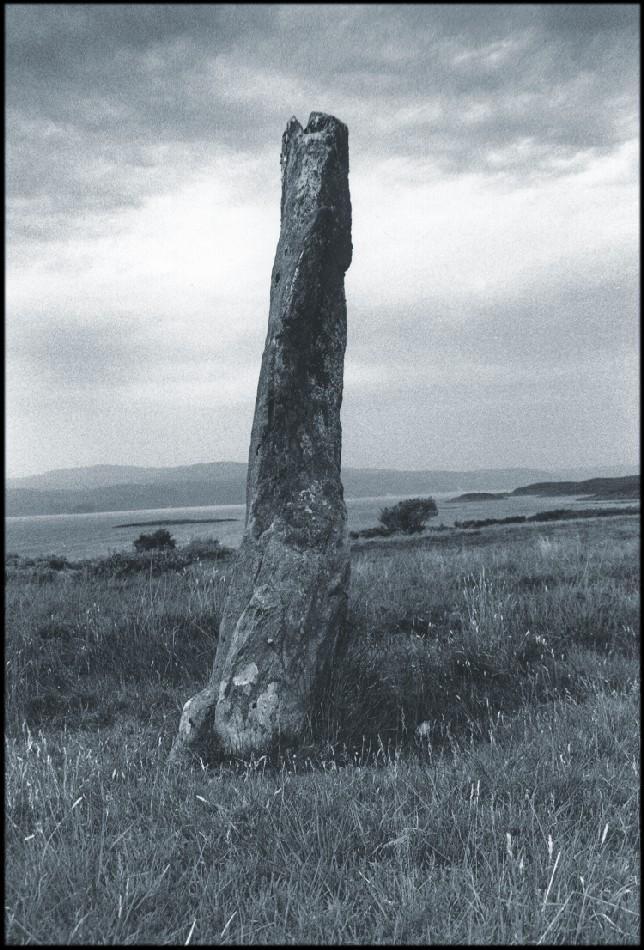 1/9 The tallest of the pair of stones, looking northwest over Loch Fyne to the Knapdale Peninsula. 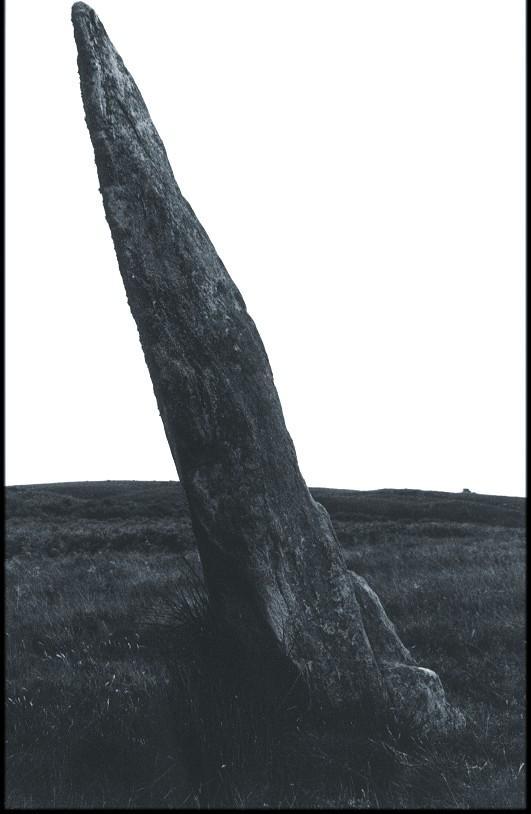 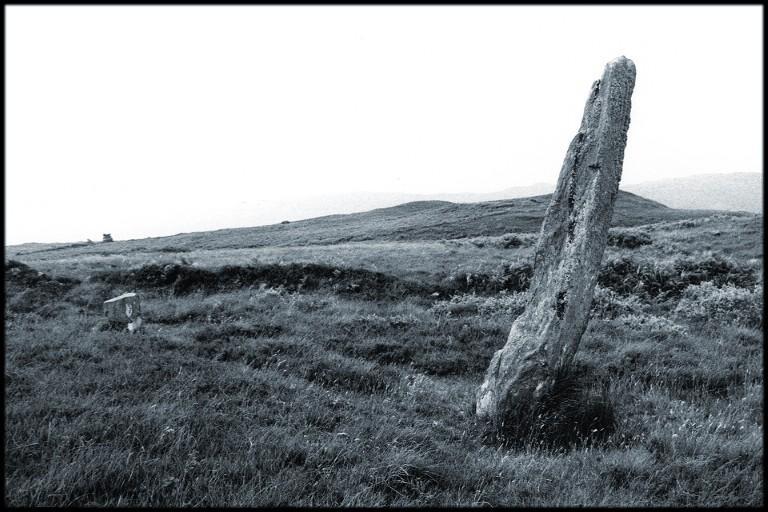 3/9 Looking south. The stump of the broken stone can be seen at the centre-left of the picture. 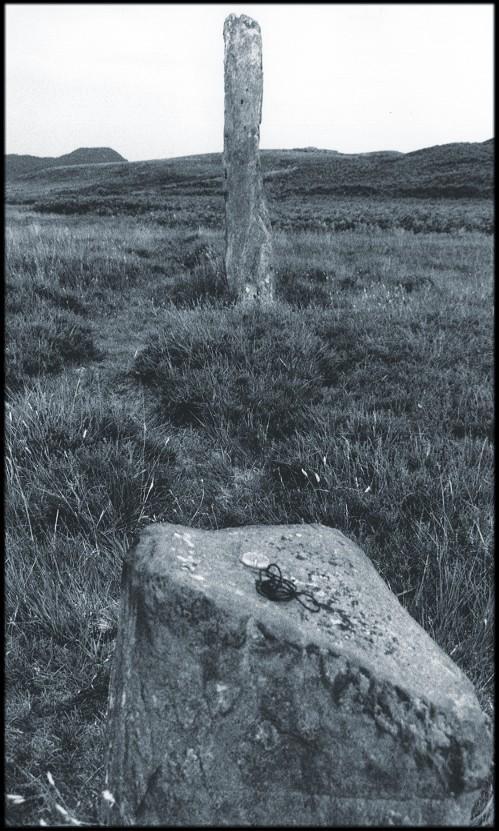 4/9 Looking northwest over the broken stone. 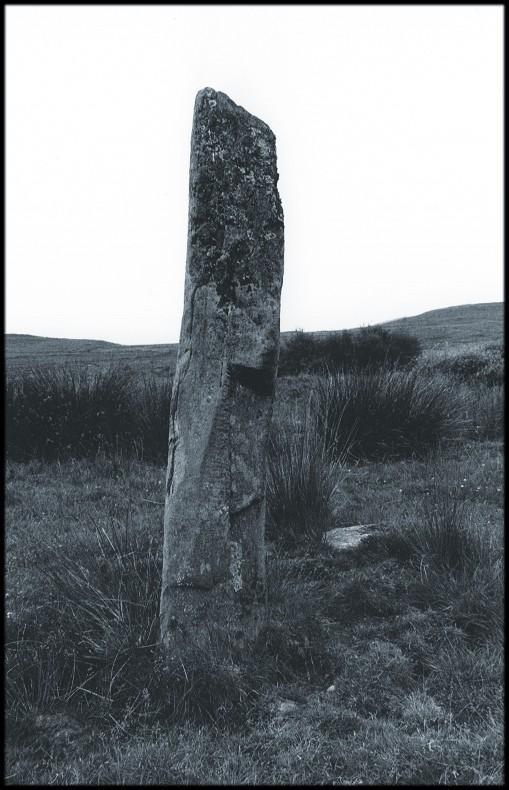 5/9 Less than half a mile away is this third megalith. This is looking northwest. 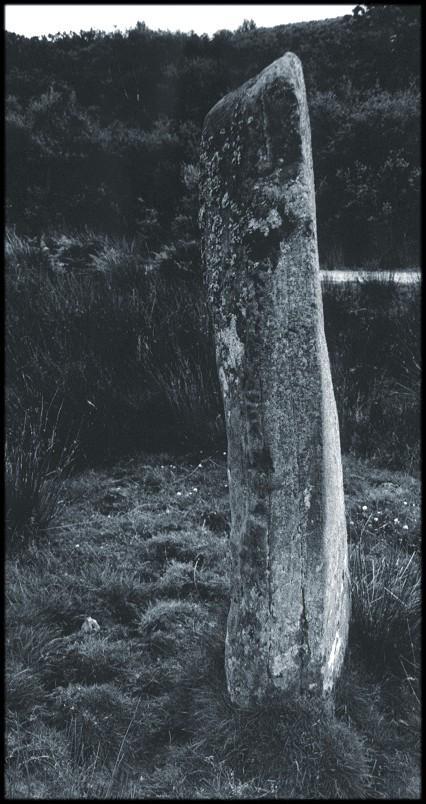 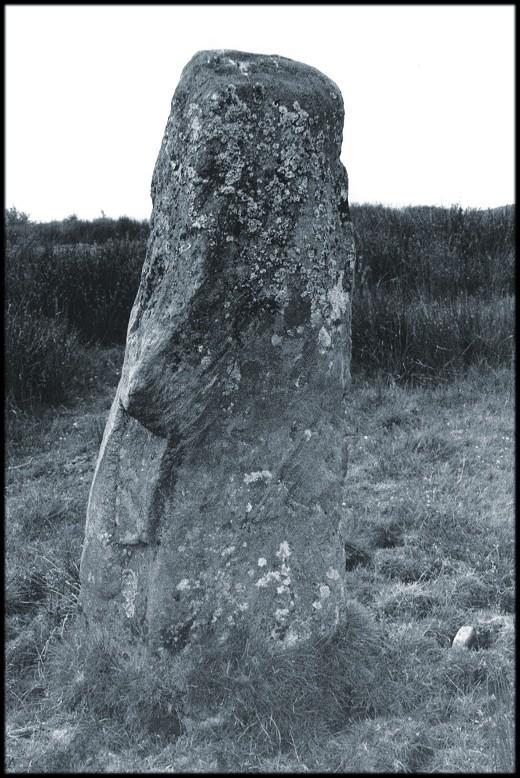 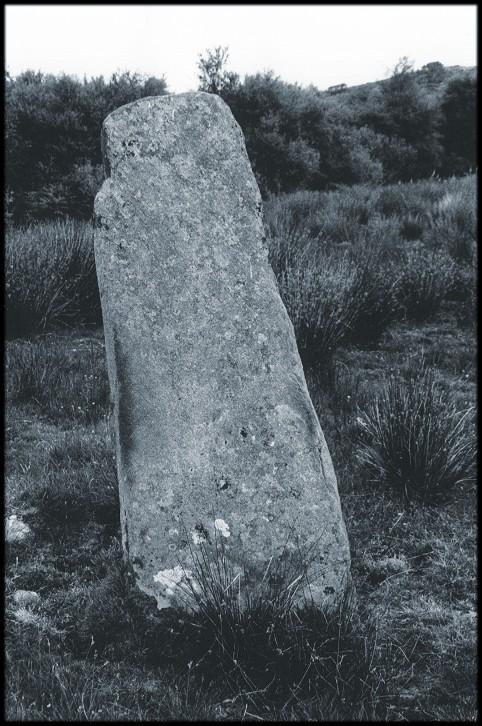 9/9 Looking northwest over the shoulder of the single stone, the tallest of the pair can just be seen on the horizon.
Previous Next