This most unusual circle is very attractively laid out...to the point where it looks like an exercise in landscaping. Eight granite stones stand in a ring about eleven yards in diameter.

It was excavated in 1934 then later reconstructed. Burl reports that it was built on a gravel patch within a swampy area, the bases of the upright stones having been shaped into points to make them more stable.

The excavation found that a fire of willow was burnt within the ring. In the centre of the circle a cairn four yards across was constructed. Around this were placed seven smaller kerbed ring cairns, all within the boundary of the main circle. Cremated bones were placed within the central spaces of six of these ring cairns - oak charcoal also went into five of the cairns, and hazel charcoal into the sixth. 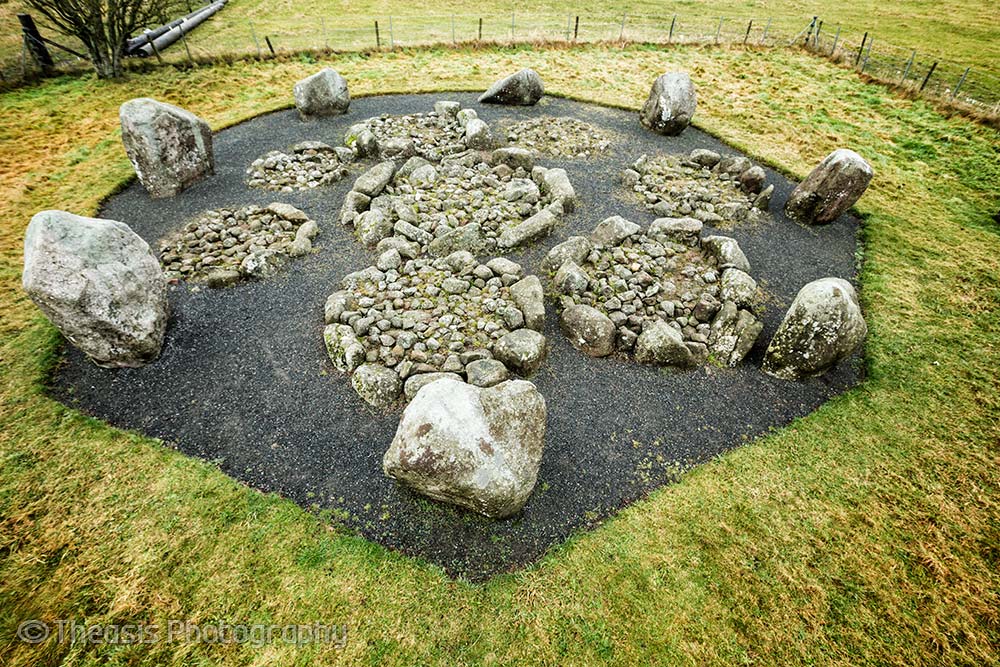 1/13 Elevated view of all the stones. 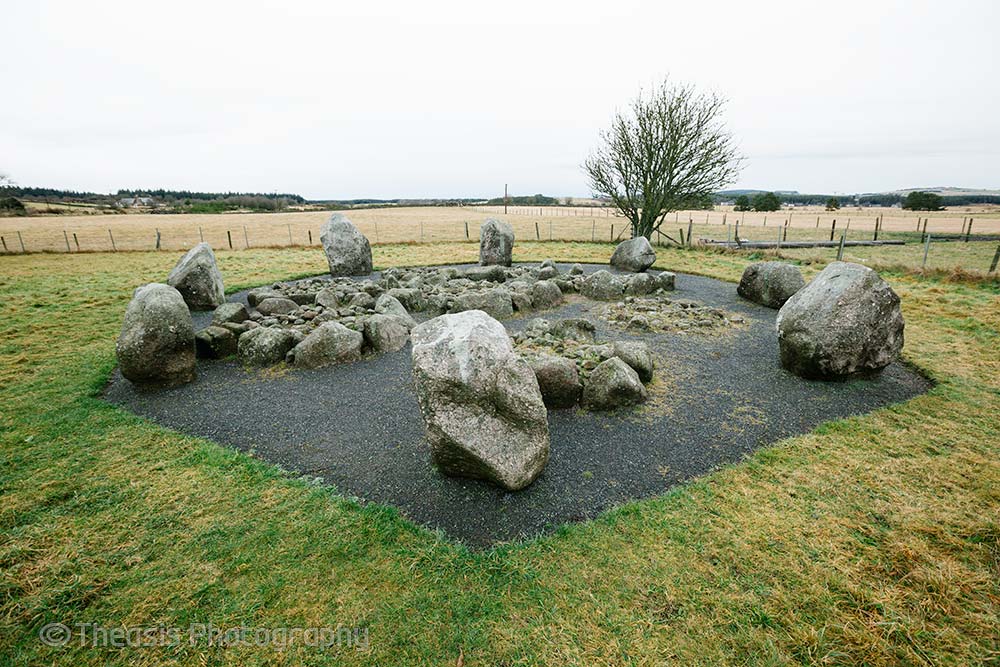 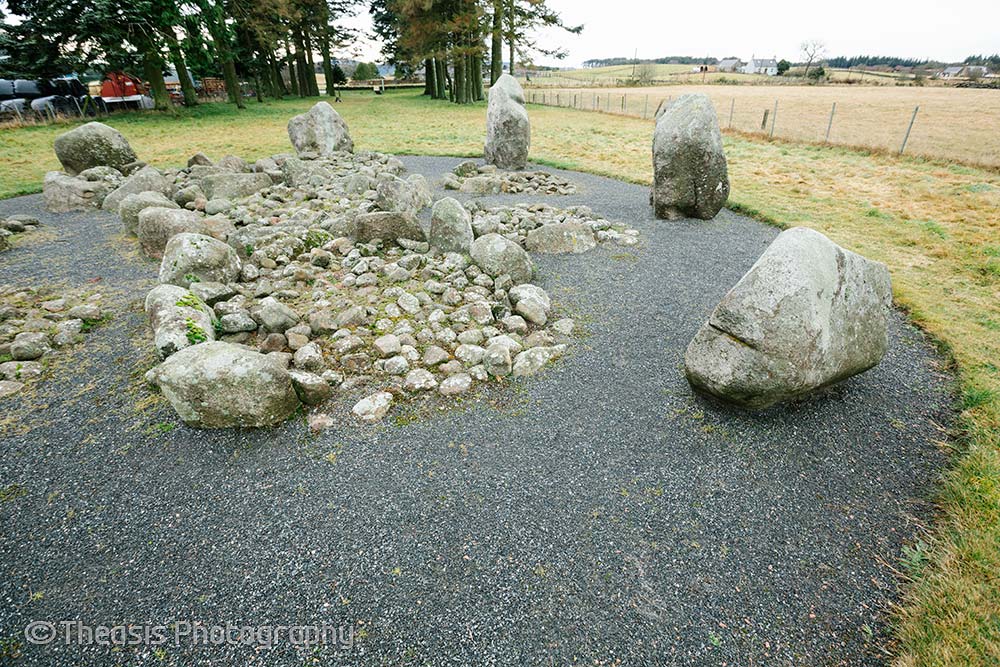 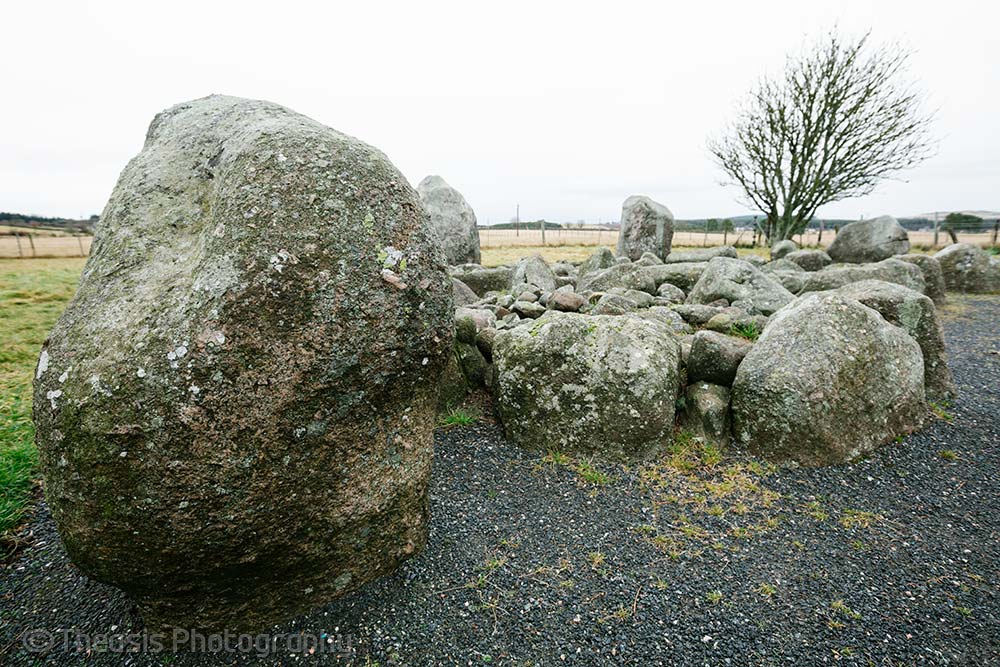 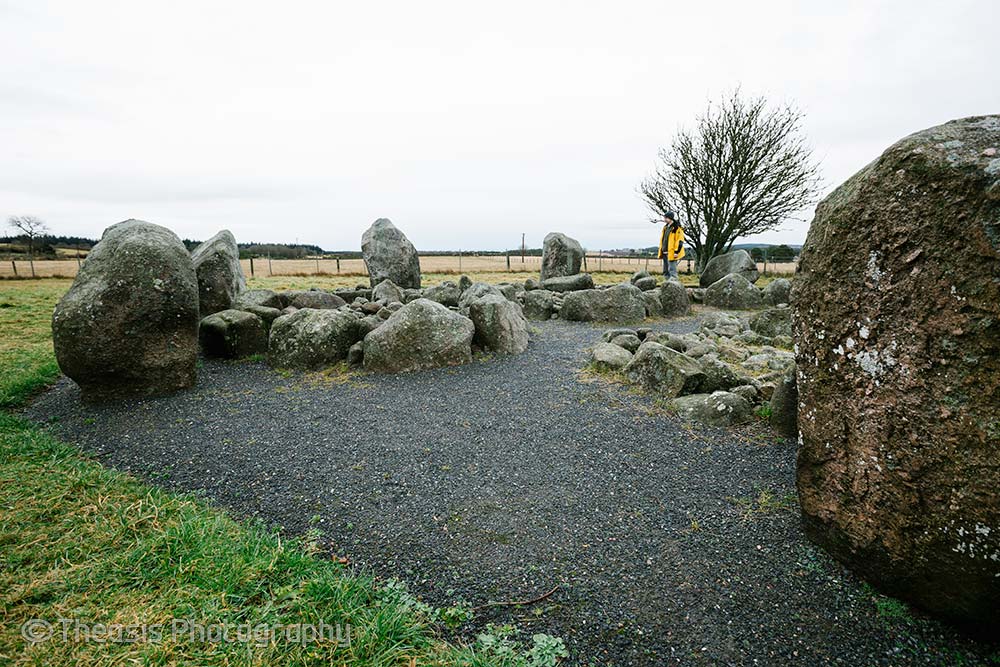 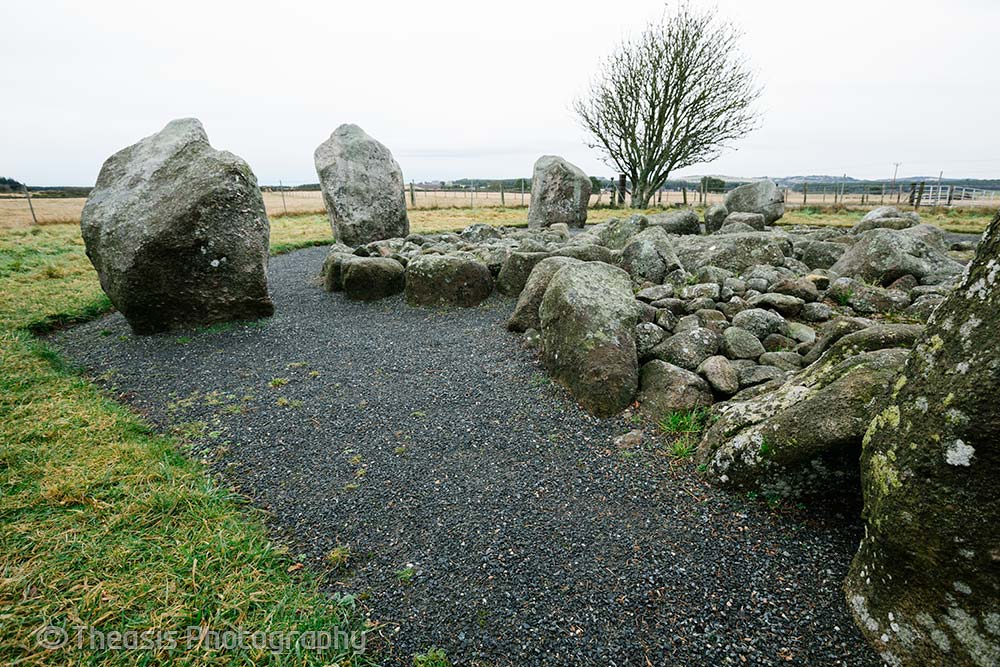 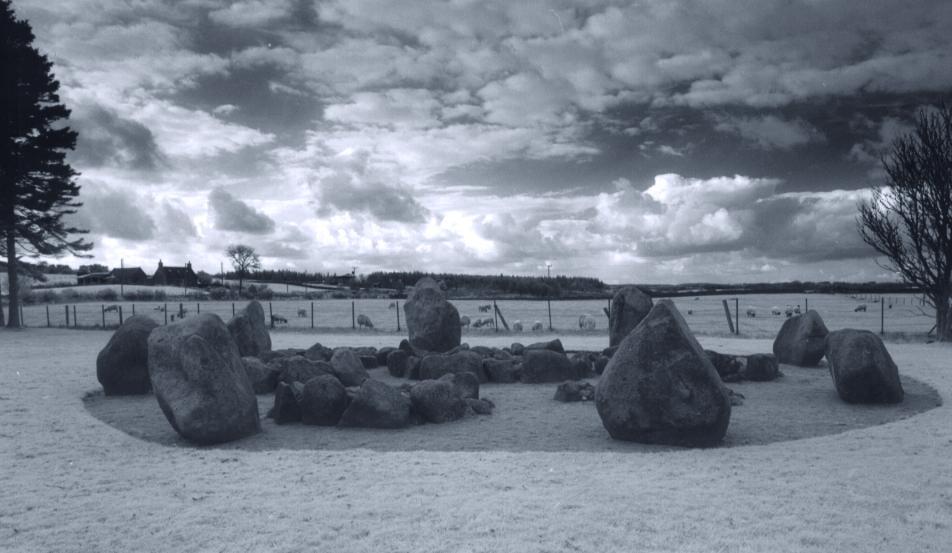 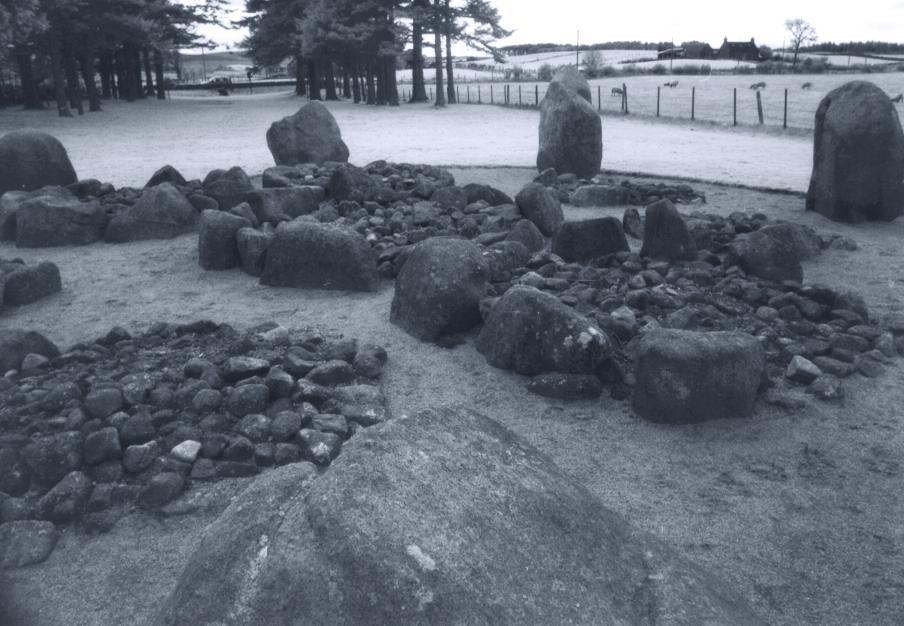 10/13 The cairns within the circle, looking east 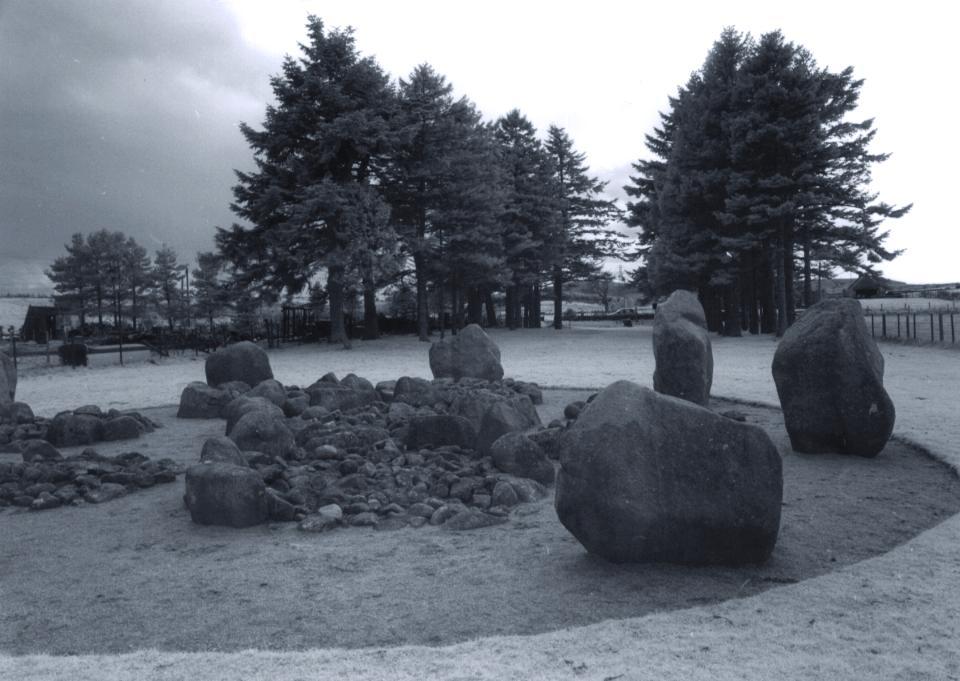 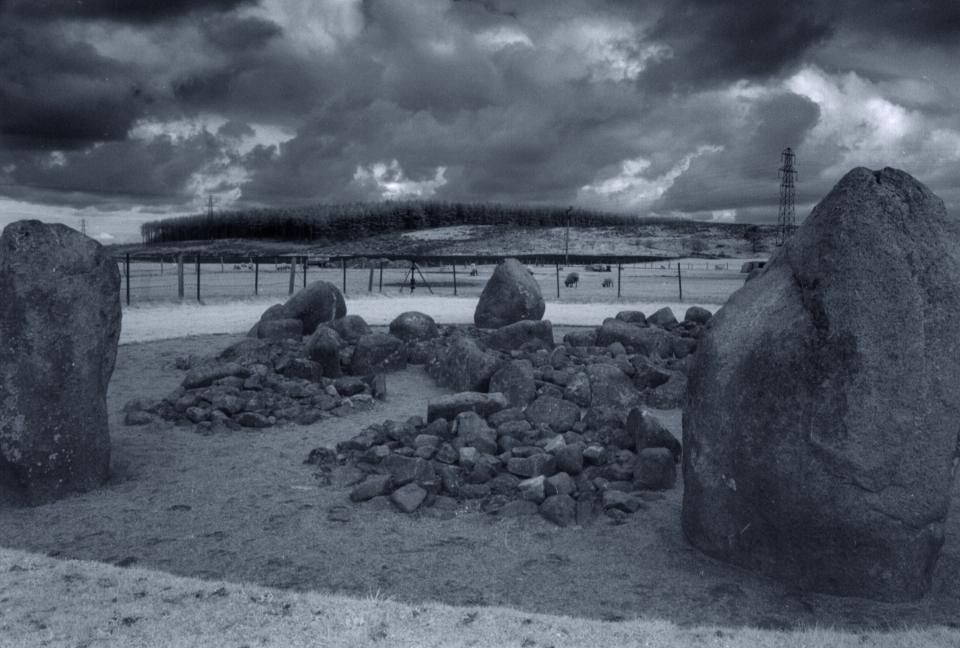