During the seventh century the Cenél Loairn (leaders of the Dál Riada or Dál Riata) had a fortified dun at Dunadd. Óengus mac Fergusa, one of the most powerful and successful Pictish kings, captured Dunadd early in the eighth century. However, it was soon recaptured by the Dál Riada. There are several carvings in the rock at the entrance to the inner citadel, including footprints, a bowl, a boar and an ogham inscription.

1/5 A view of the Kilmartin valley from the hill-top fort at Dunadd looking towards the village of Kilmartin.

2/5 The top of Dunadd, looking towards the inner citadel. 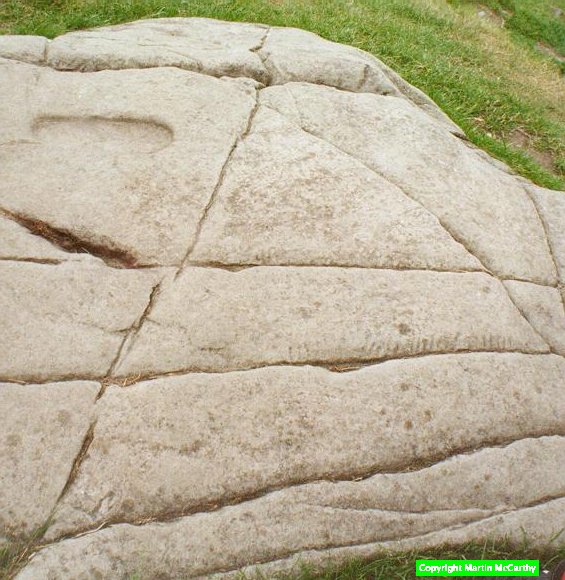 3/5 Footprint and ogham script carved into the rock at Dunadd. 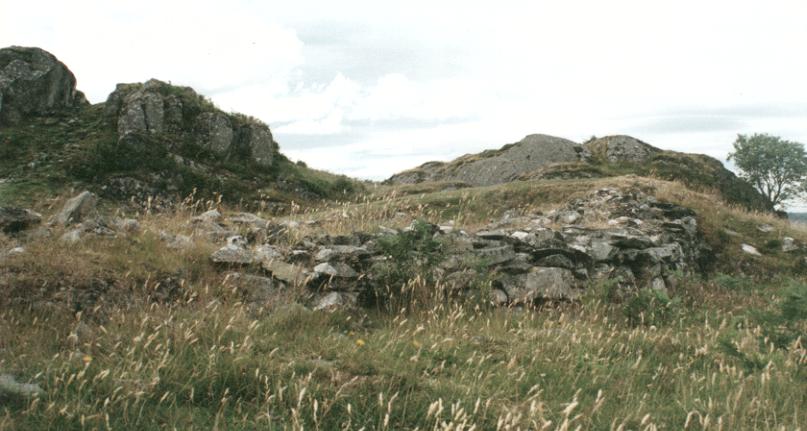 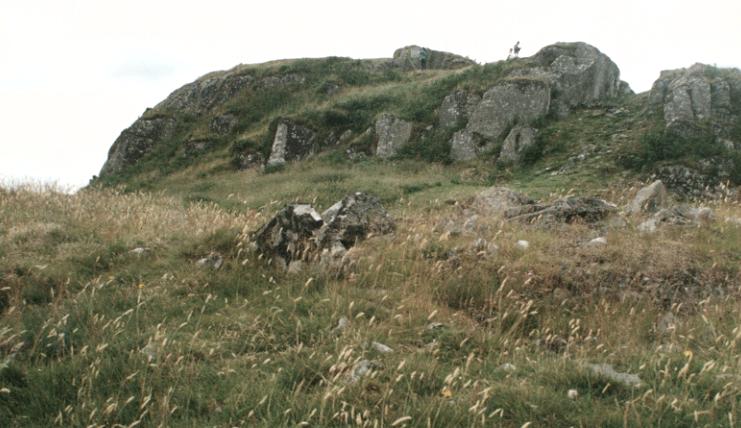