The robbed remains of this chambered cairn, approximately 57 metres (190 feet) long and up to 12 metres (38 feet) wide, lie in a glorious location in Glen Almond. It has three visible cists in the body of the cairn and CANMORE reports that there used to be a fourth, now destroyed.

Just a few metres away is what appears to be a solitary standing stone, but nearby under the turf are two more likely fallen stones on what could be the arc of a circle. A few hundred metres northwest along the river are the ruinous remains of another stone circle. 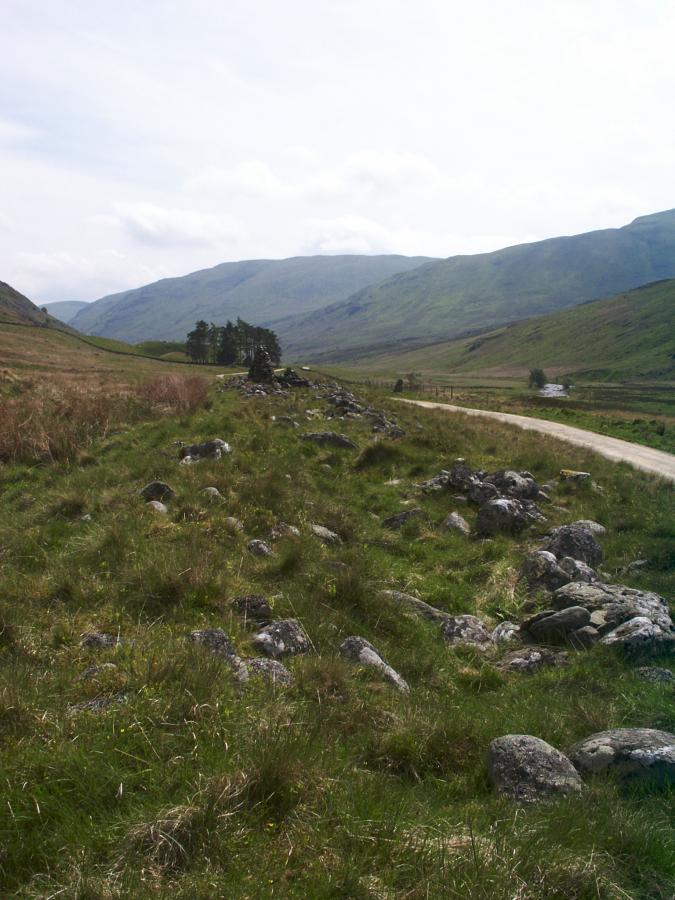 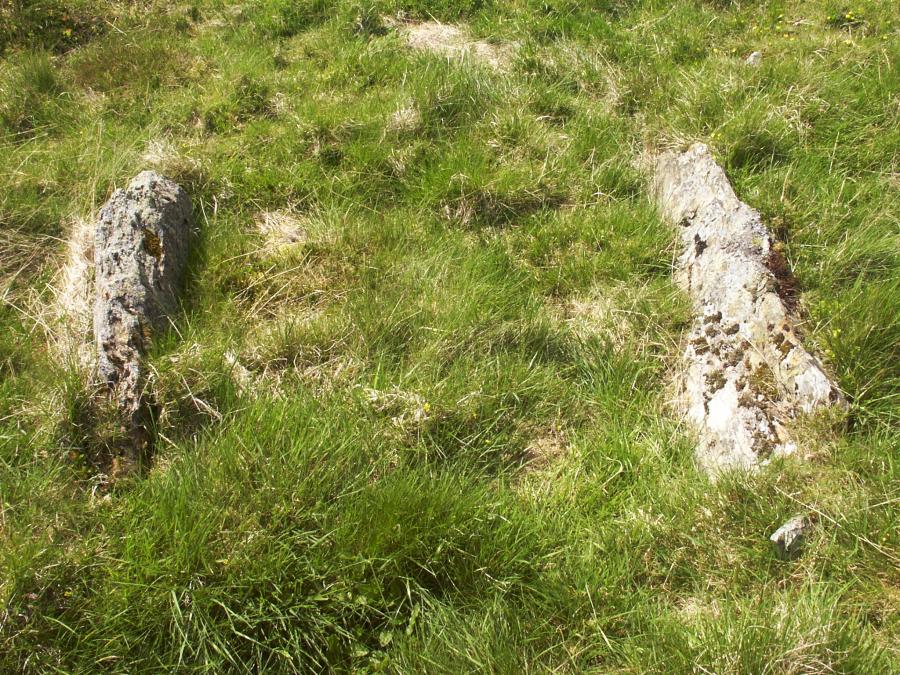 2/7 The remains of one of the cairn's chambers. 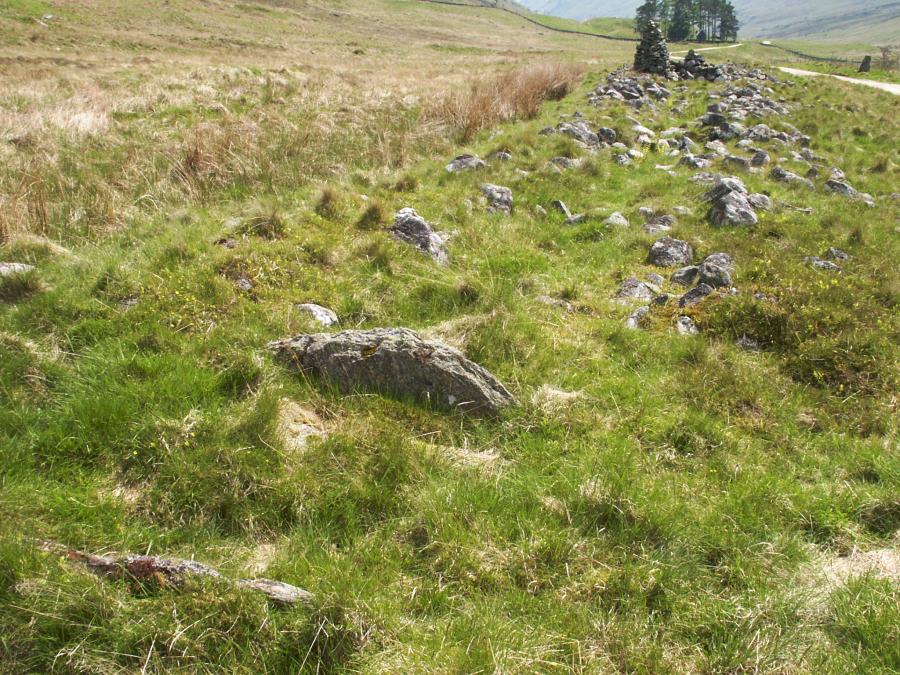 3/7 A cist in the centre of the cairn is in the foreground. The standing stone is in the top-right of the picture. 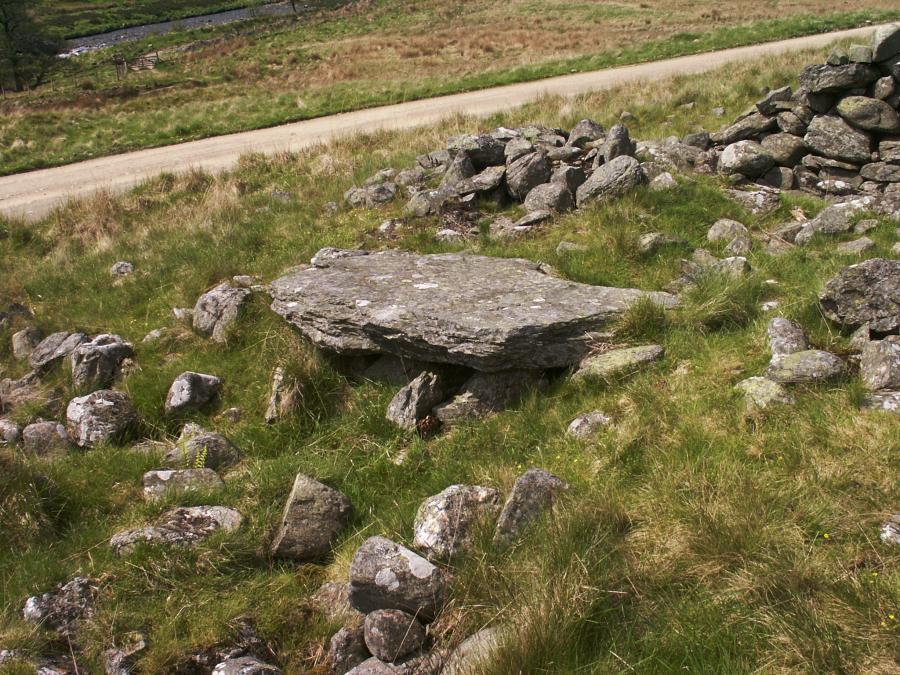 4/7 Another cist, still with its capstone, at the eastern end of the cairn. 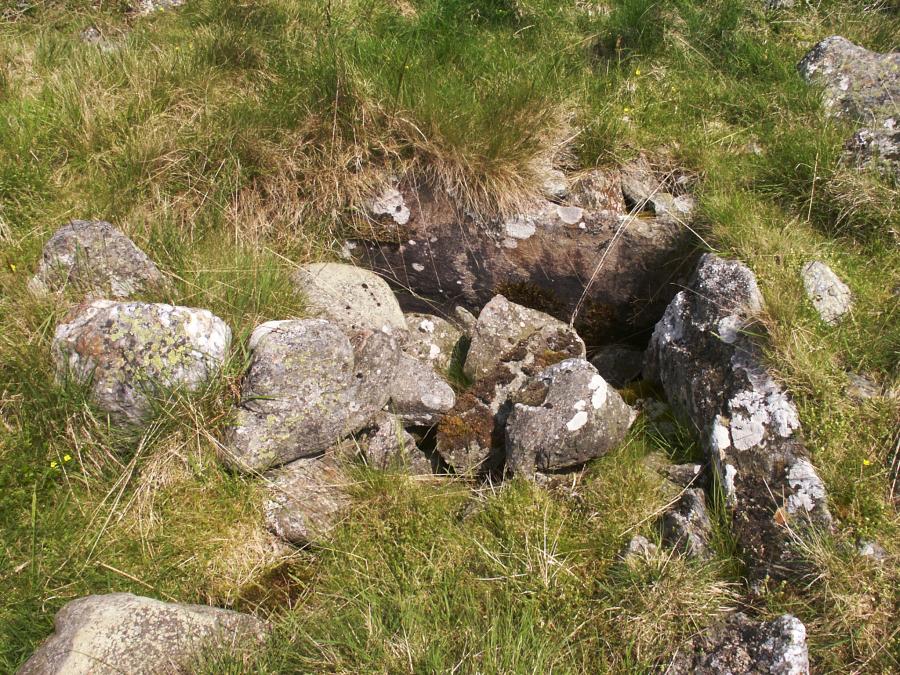 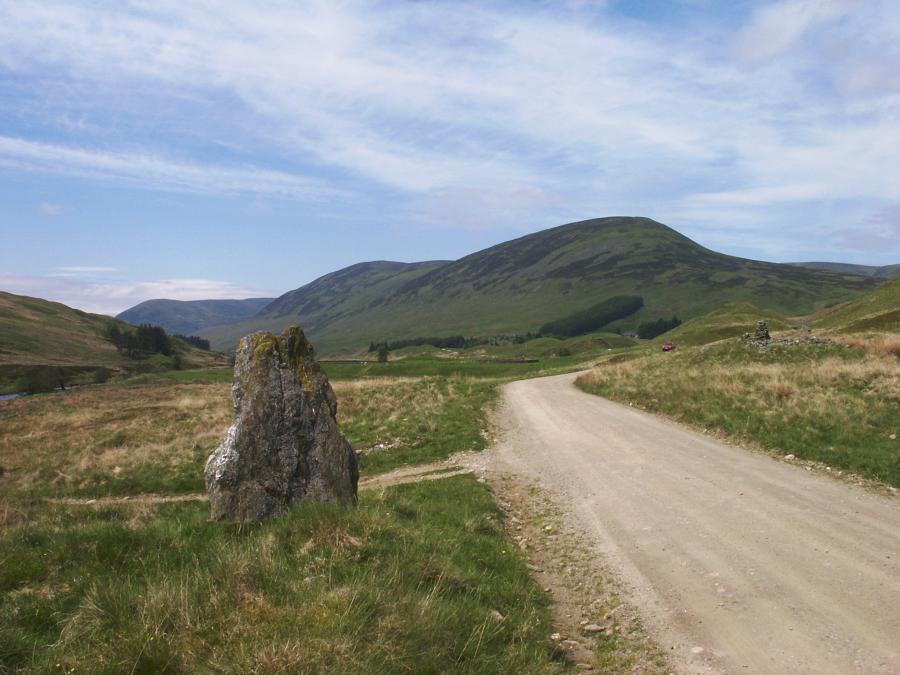 6/7 The standing stone, looking northeast along Glen Almond. The cairn can be seen on the right where the road bends away. 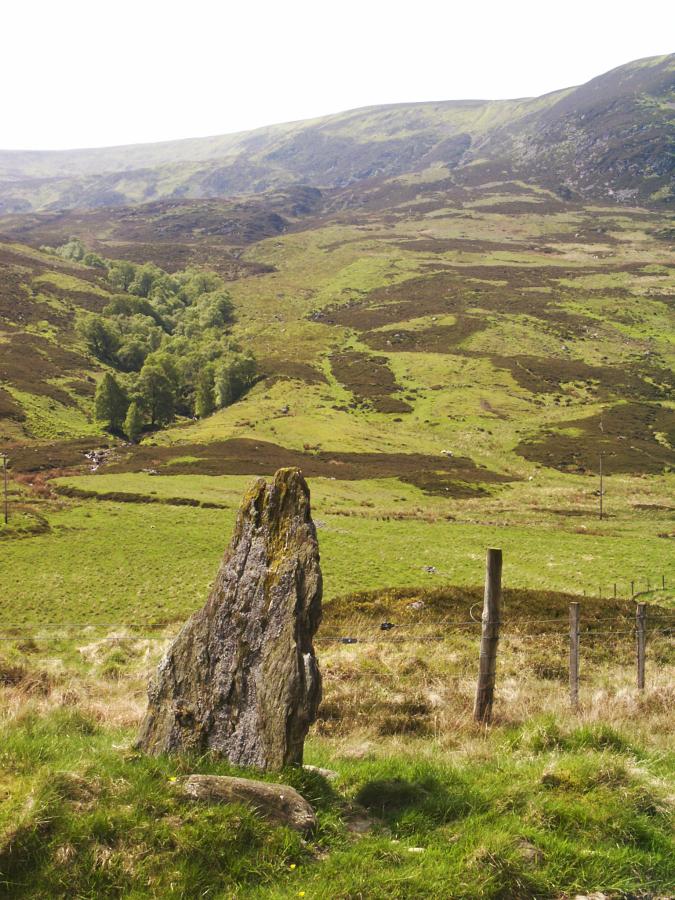 7/7 The standing stone sooking southwest. Another two stones, possibly part of a ruinous circle, are within a few metres and just visible under the turf.
Previous Next