Moyne Moor is near Neilston, not far to the west of Glasgow. It's wide and windy and gets very boggy when it rains.

Not far from here on a hill top are the Covenanters' Stones; these are a group of stones that have been variously described as the remains of a stone circle, stone row or cairn (they're marked as a cairn on the OS map). It was the Covenanters' Stones that were my main goal when I visited Moyne Moor, but when the bog rose to my knee I decided to settle for Moyne Moor.

The pictures are of the remains of a large cairn that has been very heavily robbed. Several large stones remain, along with a significant bank along one edge of the cairn, and the circumference of the cairn is quite clearly defined by earthworks. The two main large stones pictured are the remains of a cist, and a large flat stone which may have been the cap stone lies nearby.

Because of the poor state of the ground I didn't find any of the other remains in the area, but there are: a walled settlement; a row of three largish stones aligned with the hilltop where the Covenanters' Stones lie; and a circle of small cairns. These other features, and the Covenanters' Stones themselves, will have to wait for dryer weather. 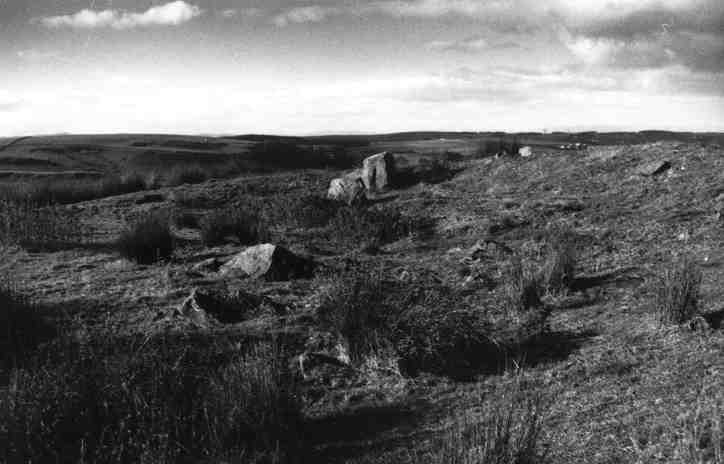 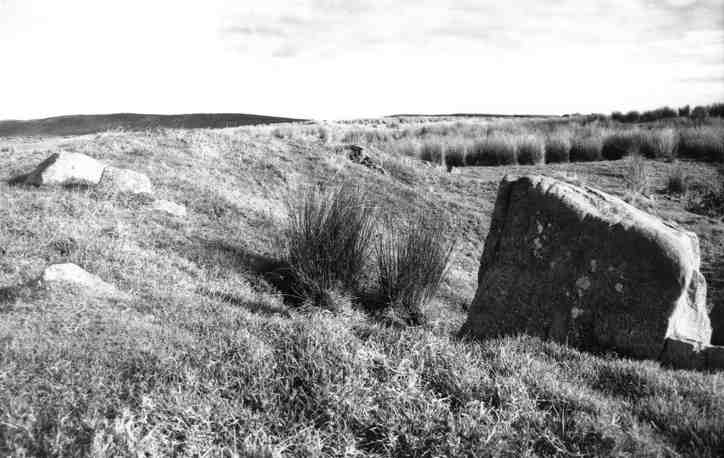 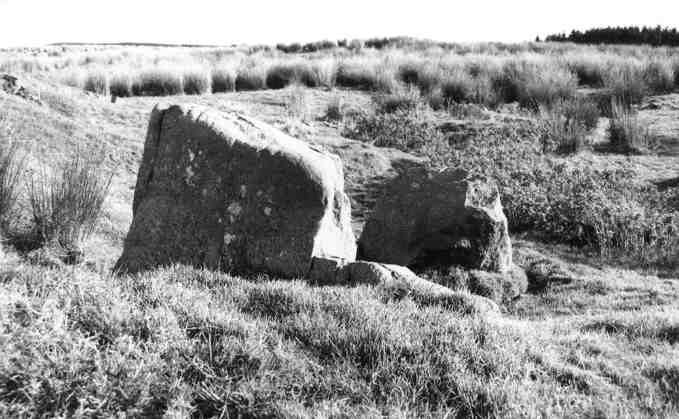 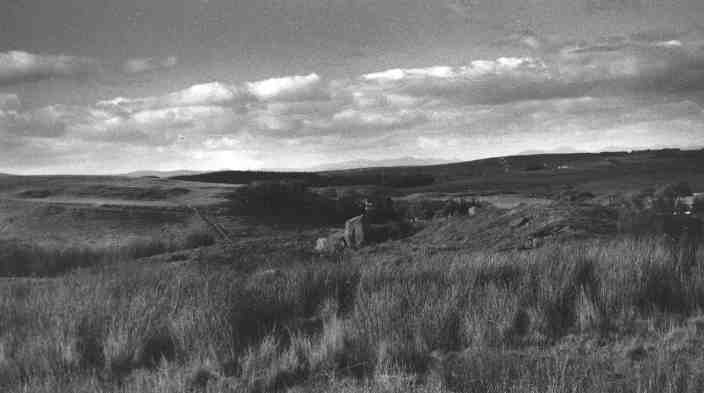 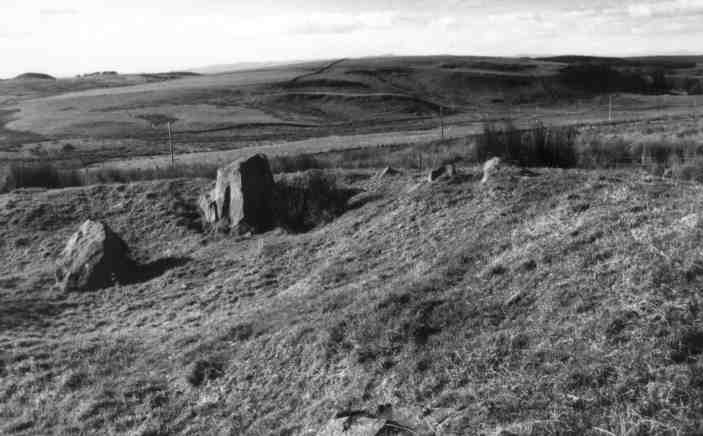 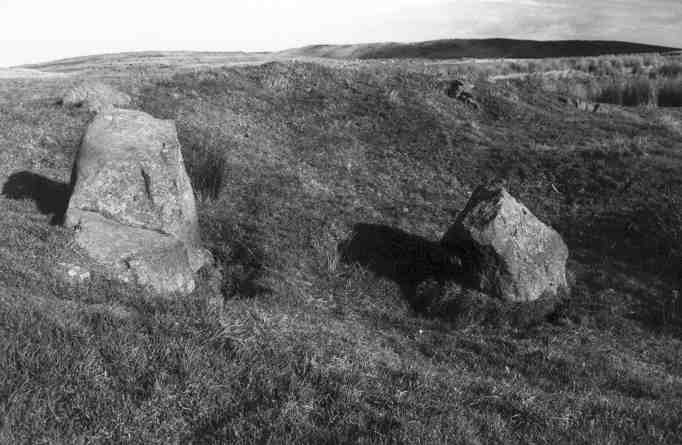