This Class I Pictish symbol stone stands inside the tiny Old Struan parish church, right by the altar.

The stone itself is a little over four feet tall and is decorated with two symbols. One, a double-disc-and-Z-rod is fairly clear; unfortunately some idiot with a magic marker tried to make it clearer still. The other symbol is on a damaged part of the slab and the top of the symbol is missing. As a result it cannot be identified with confidence, but to me it looks to be most like the flower/seal symbol. 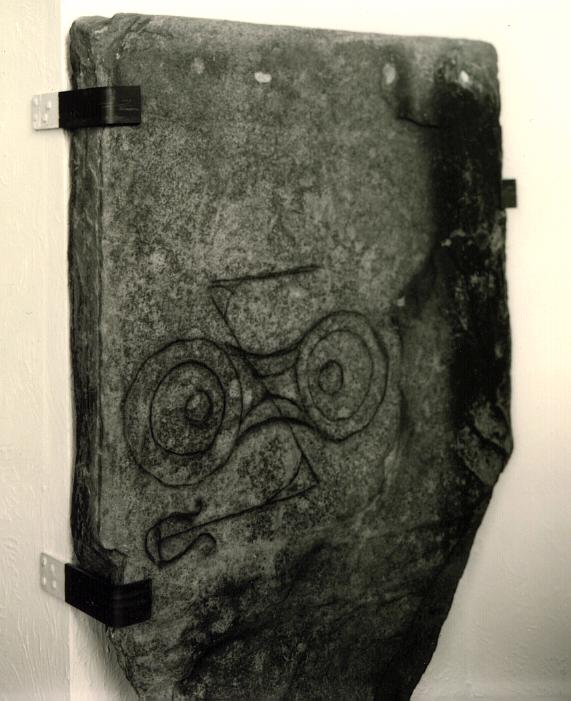 1/4 Under the normal lighting of the church the vandalism is quite clear, but the carving isn't. 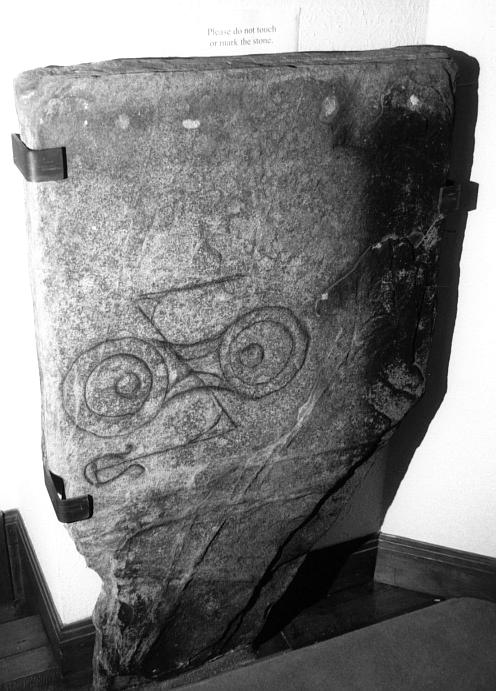 2/4 With side lighting the incised double disc shows a little more clearly and there are suggestions of another symbol in the darkened area on the right side of the stone. 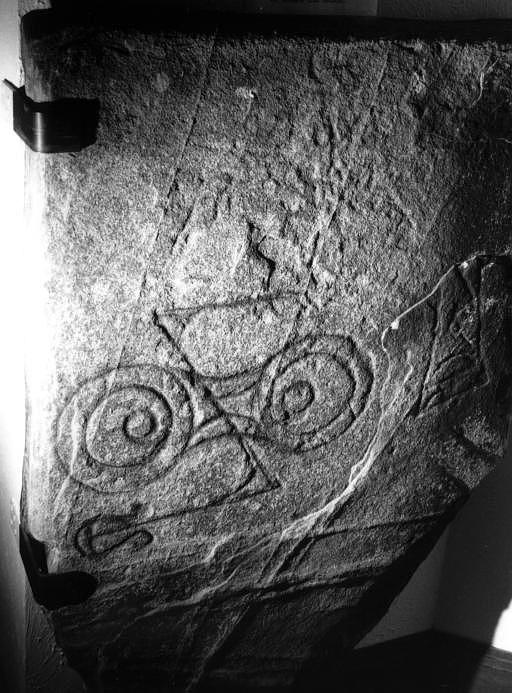 3/4 Lit from the left at a shallower angle the carving is clearer still. The symbol at the right is fairly clear, but stops where the top half of the slate stone has flaked. 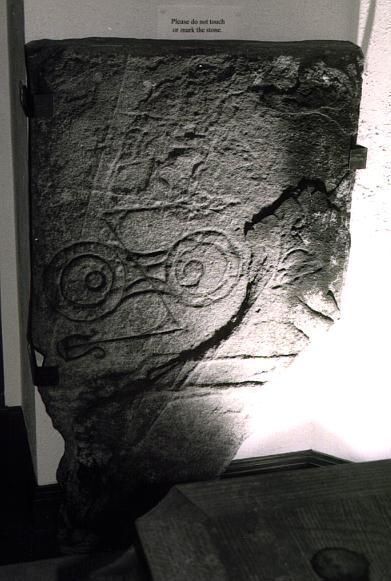 4/4 When lit from the lower right, the arrowhead at top terminus of the Z-rod becomes visible.
Previous Next