Glen Elg is a few miles south of the bridge to Skye. Some way up the glen are the magnificent remains of two brochs.

Dun Telve, the Lower Broch, stands in a poor defensive position in the floor of the valley not far from the more defensible Dun Troddan.

A significant amount of the broch wall was robbed out in the eighteenth century, but what remains is still very impressive.

The scarcements, or narrow ledges, that would have supported structures within the interior space of the broch are very clearly defined.

Outside the broch are the remains of other structures which may be contemporaneous with the broch or may be from a later period (compare, for example, with the Broch of Gurness in Orkney around which several small villages were later built).

A number of objects were found when the broch was excavated, including iron slag, bronze rings, stone cups and quernstones. 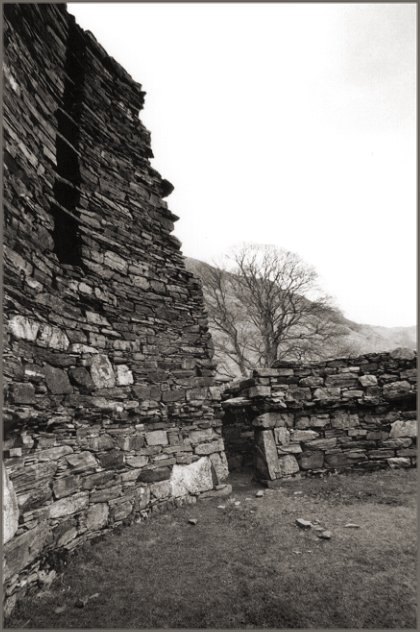 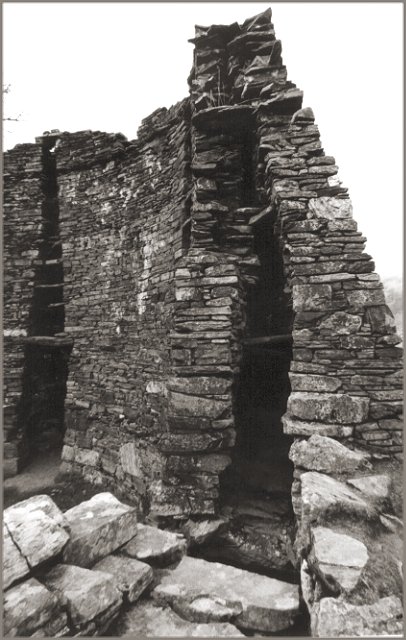 2/9 Looking into the wall space from the level of the first gallery. Note the tapering thickness of the external wall. The broch entrance is the base of the void on the left of the picture. 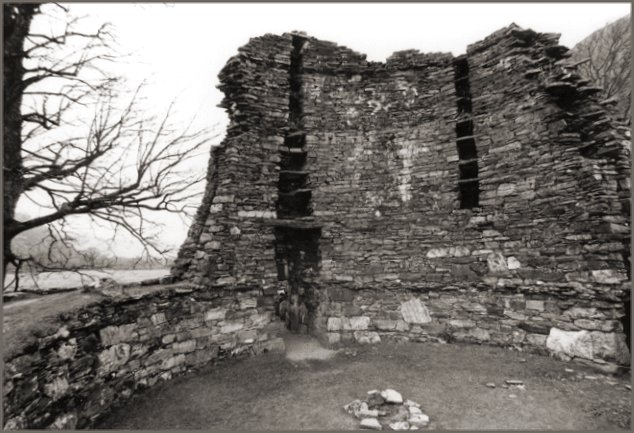 3/9 Looking across the courtyard. The entrance to the broch is ahead at the centre; the entrance to the wall space is as the extreme right of the picture at the base of the broken wall. The scarcements are clearly seen. 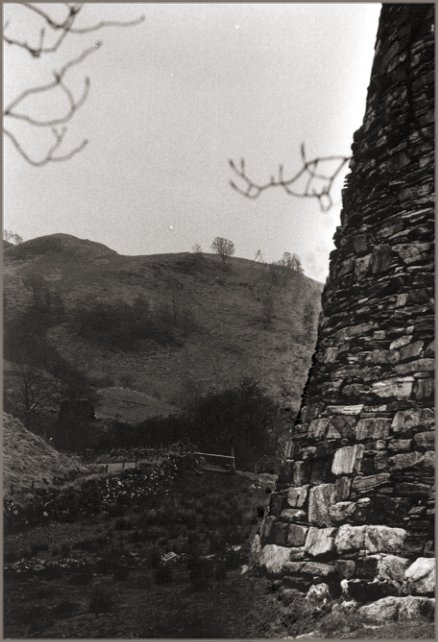 4/9 Looking up the glen. The neighbouring broch Dun Troddan can be seen as a dark shape 1/3rd up from the bottom near the left edge of the picture. 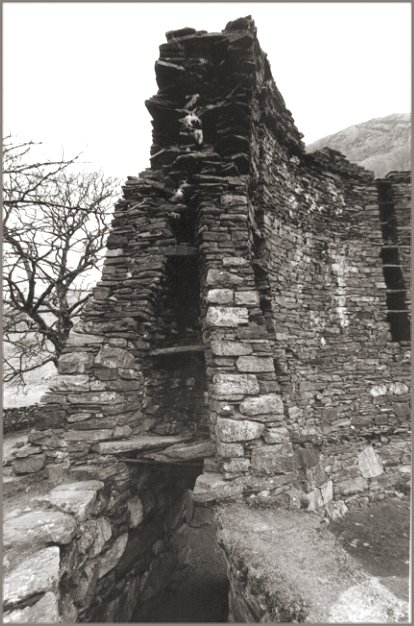 5/9 In the wall cavity immediately below is a space to one side of the entrance. This could have served as a guardroom 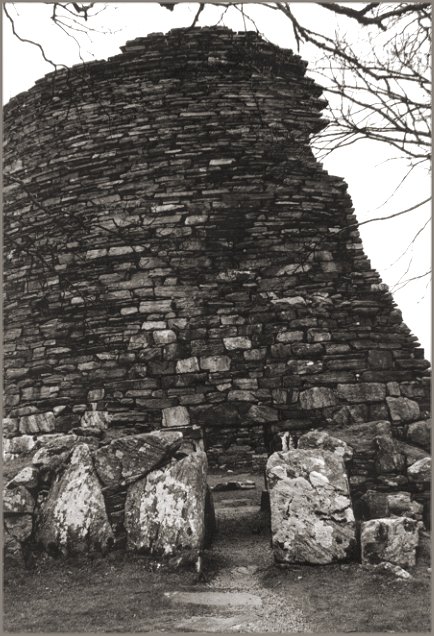 6/9 The broch entrance from the outside. The large light-coloured blocks are part of an external wall which surronds the broch. This is thought (but is not certain) to date to a later period 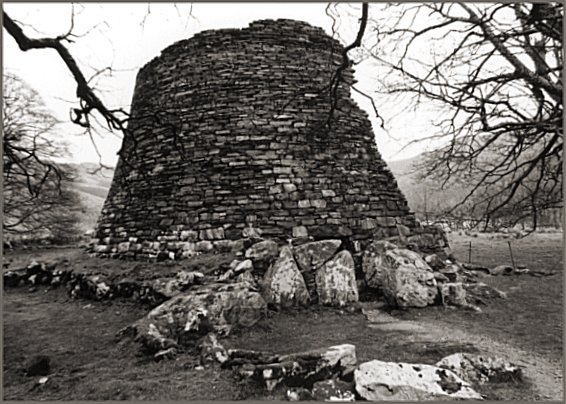 7/9 The exterior of the broch showing the surrounding wall 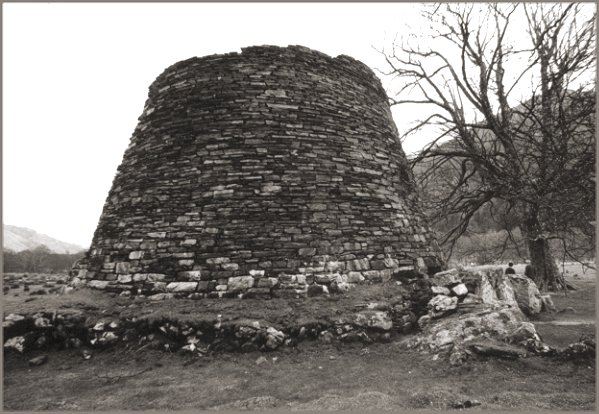 8/9 The exterior of the broch showing the surrounding wall. Two people can be seen at the base of the tree on the right, giving some idea of the scale 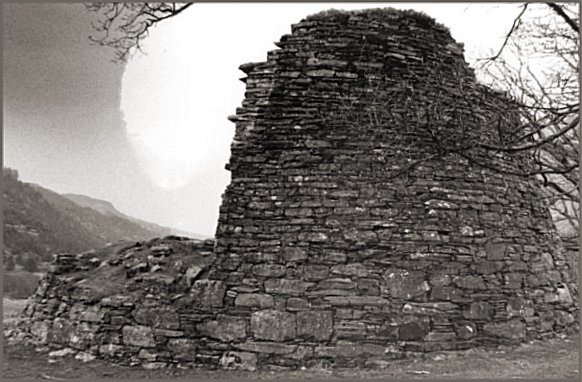 9/9 The exterior of the broch
Previous Next