Clach Mhic Leoid, or MacLeod's Stone, is a 3.5m (10 foot) tall standing stone in a quite stunning location on the northwestern shore of Harris looking out across the Sound of Taransay.

There are a significant number of smaller rocks scattered around the stone and there is some suspicion that this might be the remains of a burial cairn. A skull was eroded out of the sand at the very near shoreline, but there's been no definitive excavation here.

Stunning beaches and beautiful clear turquoise water in the bay here - ignore the temperature and pretend you're in the Carribean! 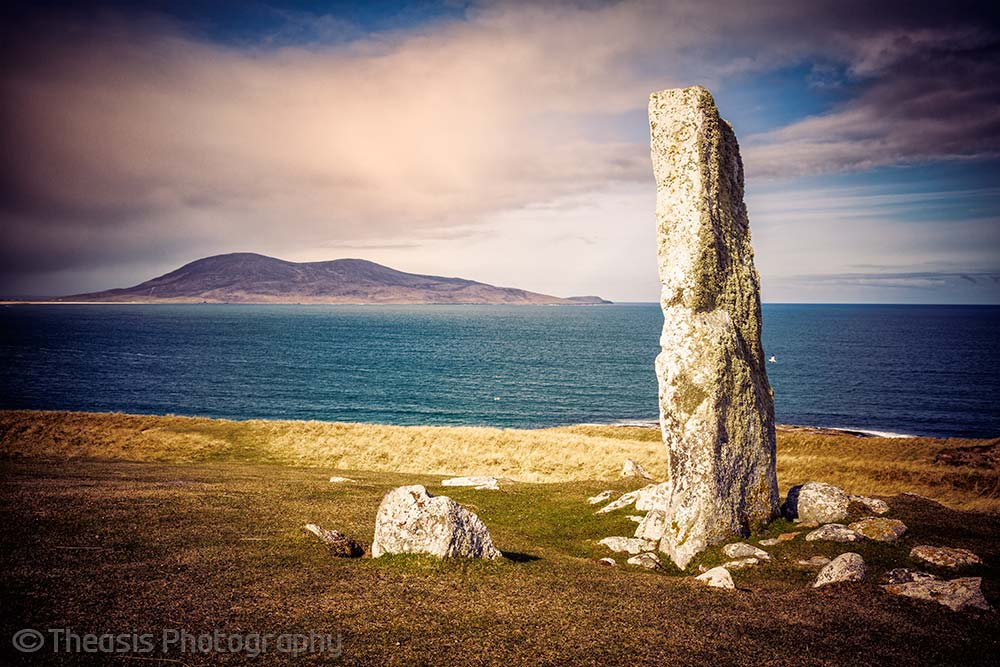 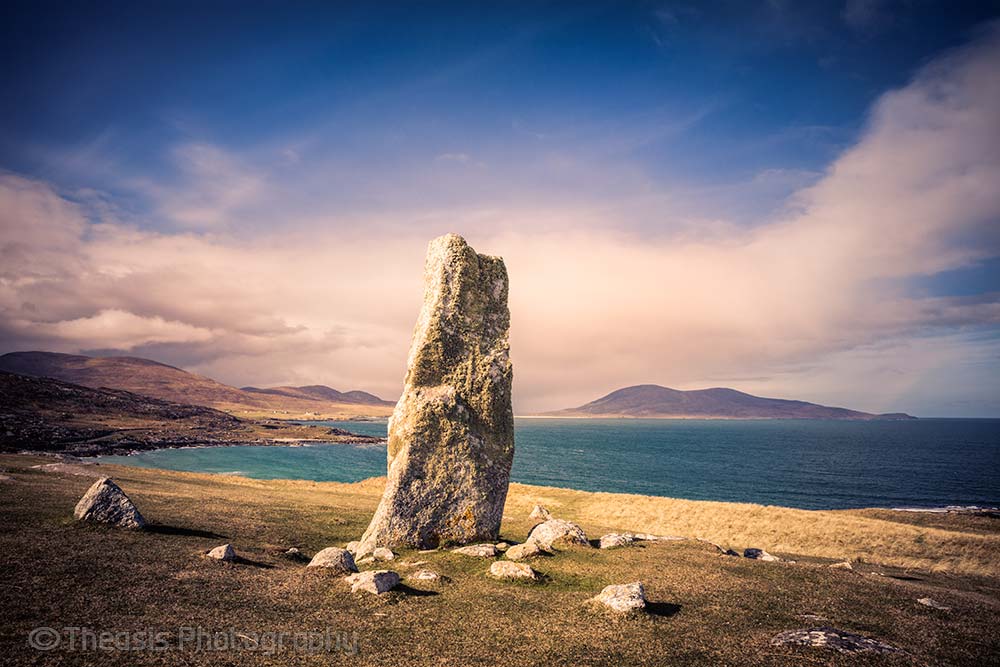 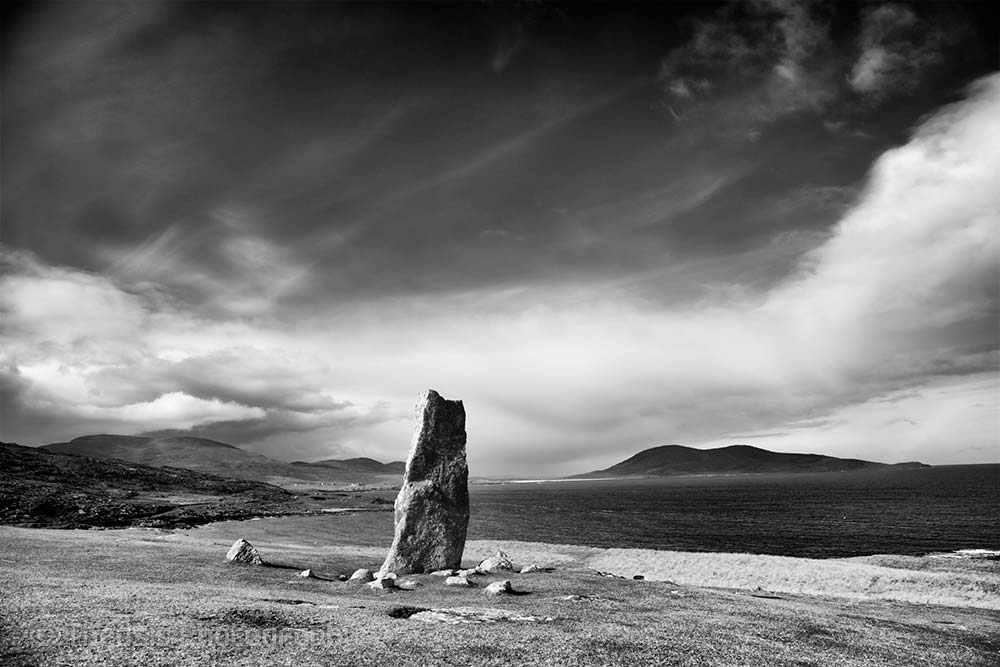 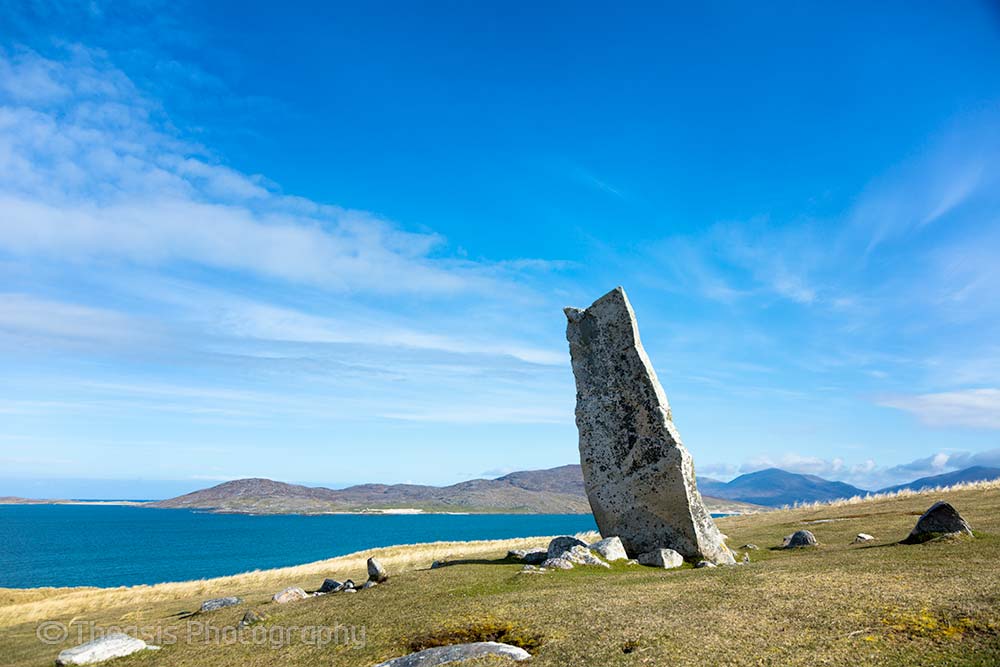 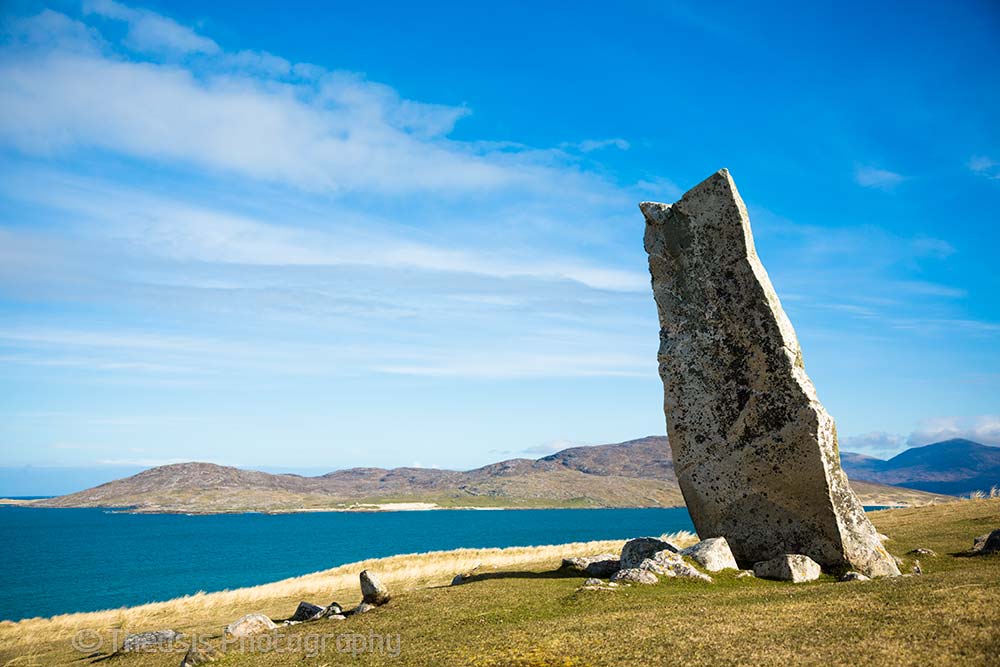 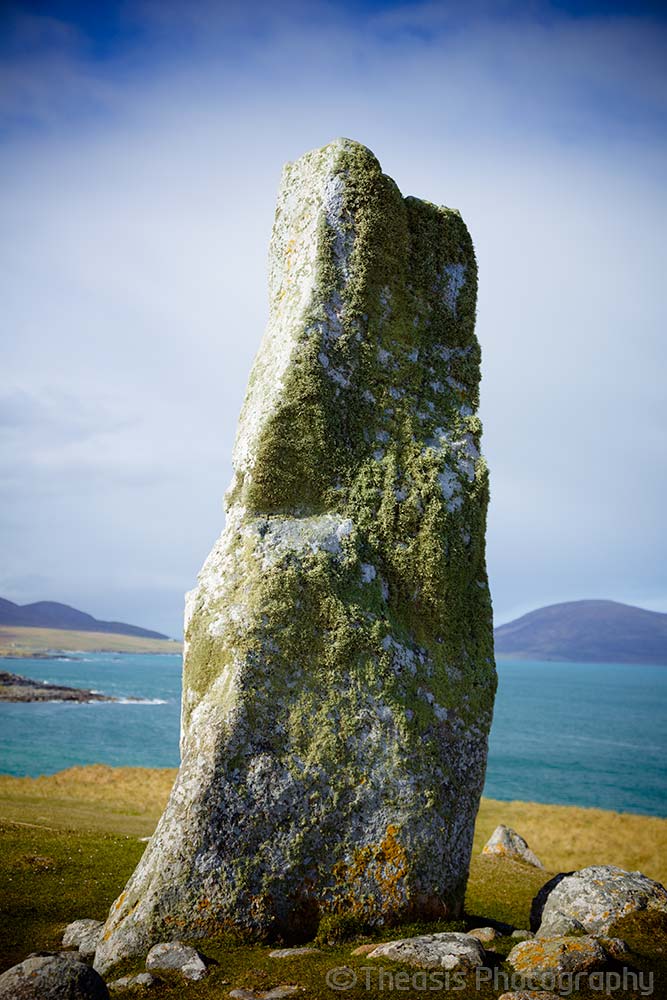 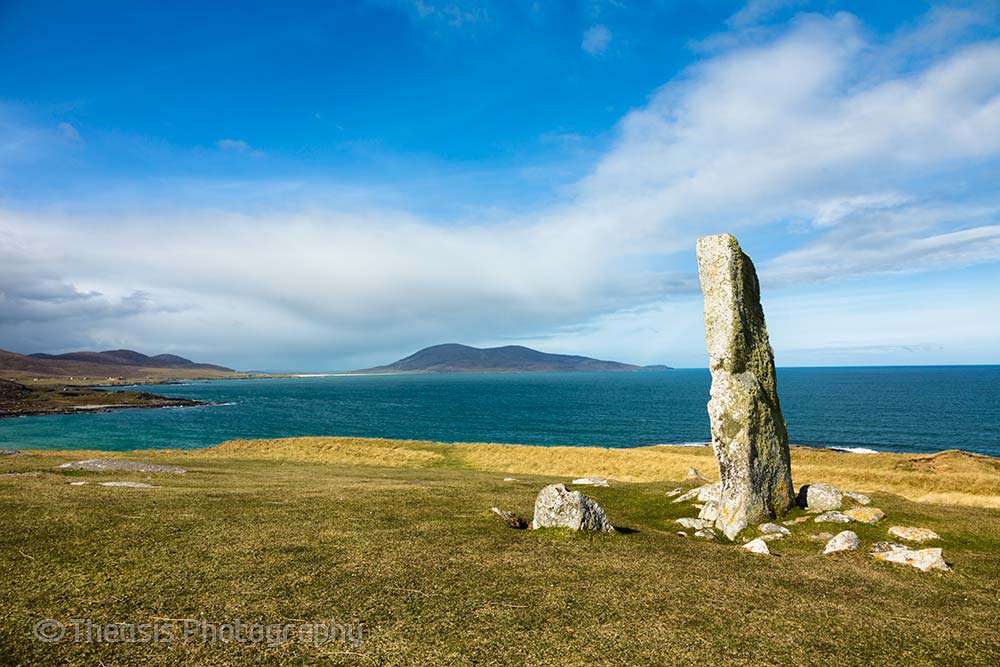 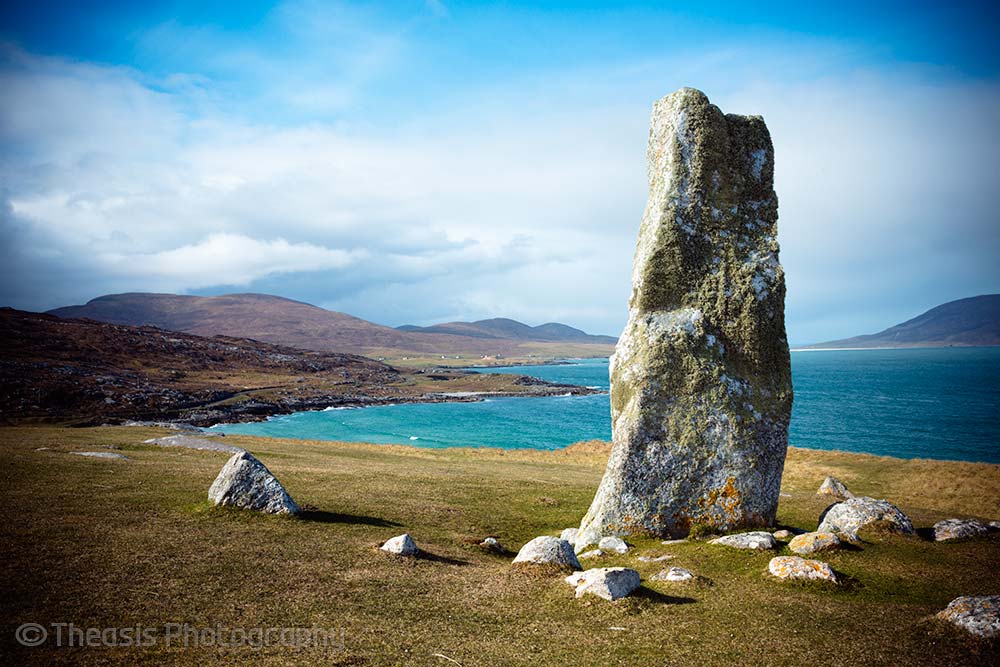