Cairn Table is a hill just south of Muirkirk.

On the summit are two large cairns; one is largely intact, but the other was heavily robbed of stone to build a large monument to the people of Muirkirk who fought in the 1914-1918 war.

People have been present in the area since the early days of the occupation of Scotland. Nearby are sites where agate stones can be found and these were worked into stone tools during the mesolithic (Middle Stone Age) period and assorted scrapers and cutters and other simple stone tools have been found in the area.

In more recent centuries, the local stone was used to make millstones - abandoned partly-worked millstones can still be found on the hillside between Cairn Table and Grindstone Rig. 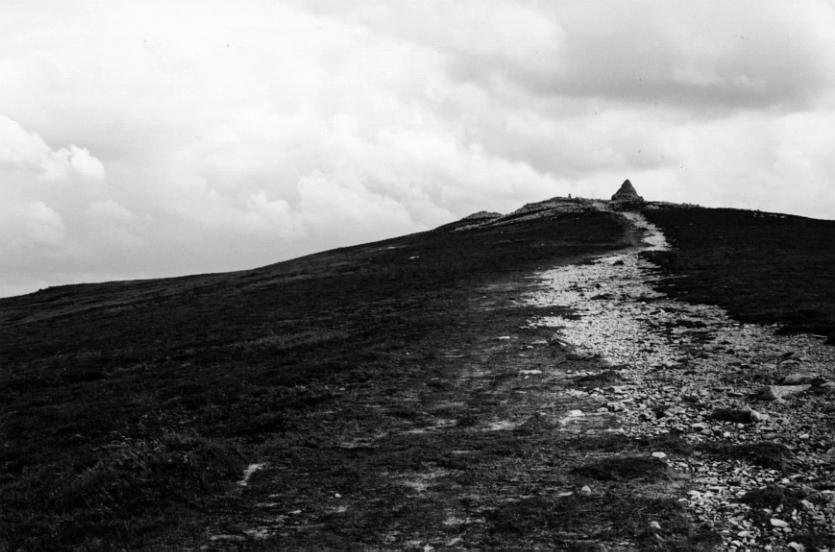 1/5 The path up Cairn Table. At the top of the path is the pyramidal modern war monument. Immediately to its left are the remains of one prehistoric cairn. Left and behind is the second, largely intact, prehistoric cairn. 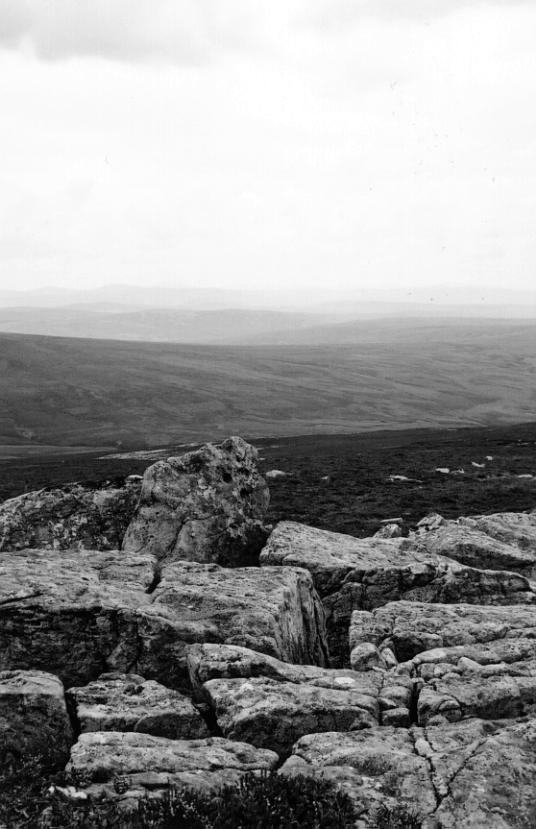 2/5 View from the cairns out towards Grindstone Rig. 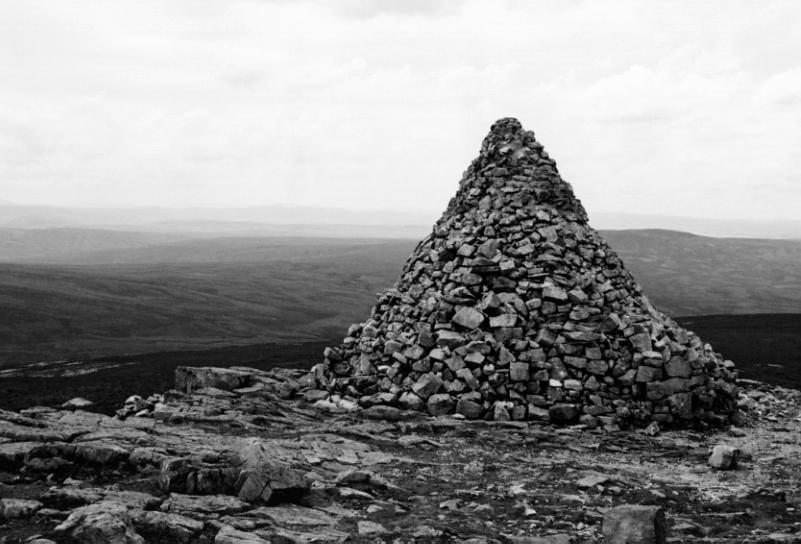 3/5 The modern monument made from cairn material. 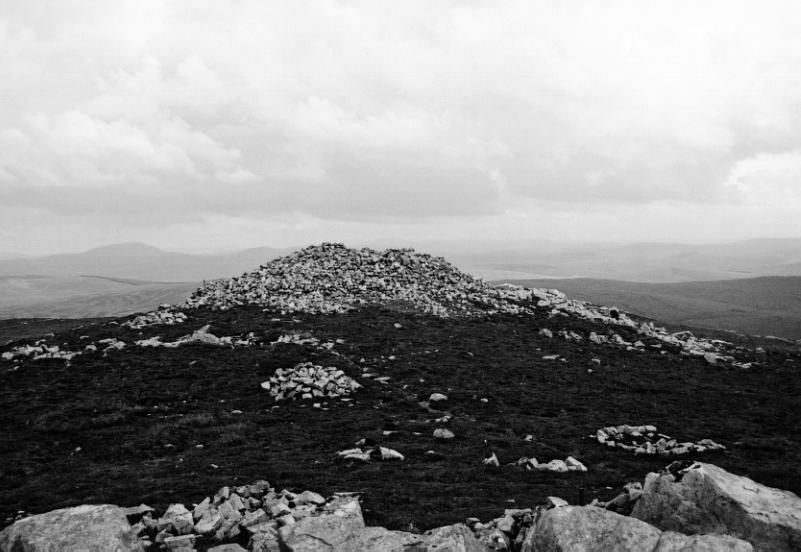 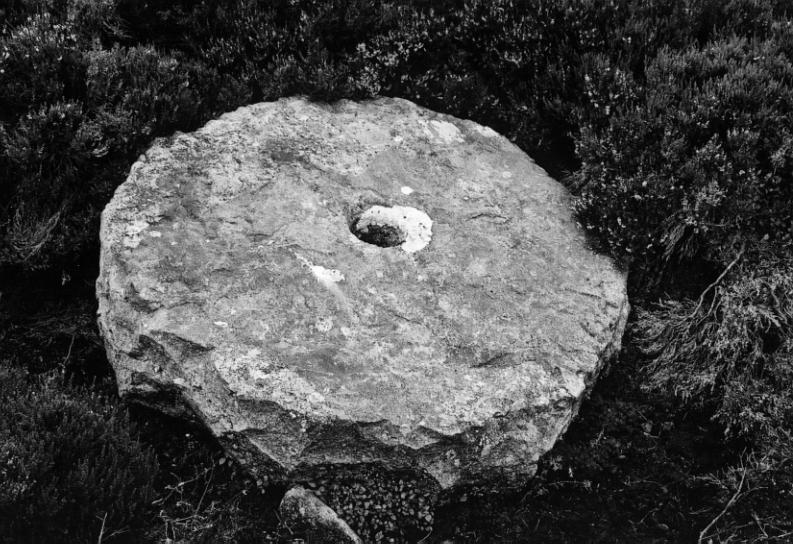