Robert and Thomas Sempill supported Robert Bruce in his 14th Century campaigns and, as their reward, were granted significant stretches of land confiscated from the family of John Balliol. This included the area around Loch Winnoch.

A later Thomas, Sir Thomas Sempill of Eliotstoun, inherited the estates at Loch Winnoch. He died in 1488 at the battle of Sauchieburn leaving his son John to become Lord Semple.

A little later, in 1505, this John Semple built Castle Semple at the east end of Loch Winnoch - now known as Castle Semple Loch - and also founded the collegiate church near the loch shore. It is in a late gothic style and has a rectangular body with a square tower at the west end and a three-sided apse at the east end.

The school associated with the church came to be regarded as one of the finest in Scotland.

John himself died in 1513 at the battle of Flodden. He is entombed at the eastern end of the church. The tombstone of a descendant of his, Gabriel Semple, who died in 1587 is also inside the body of the church along with some more modern (19th century) graves. 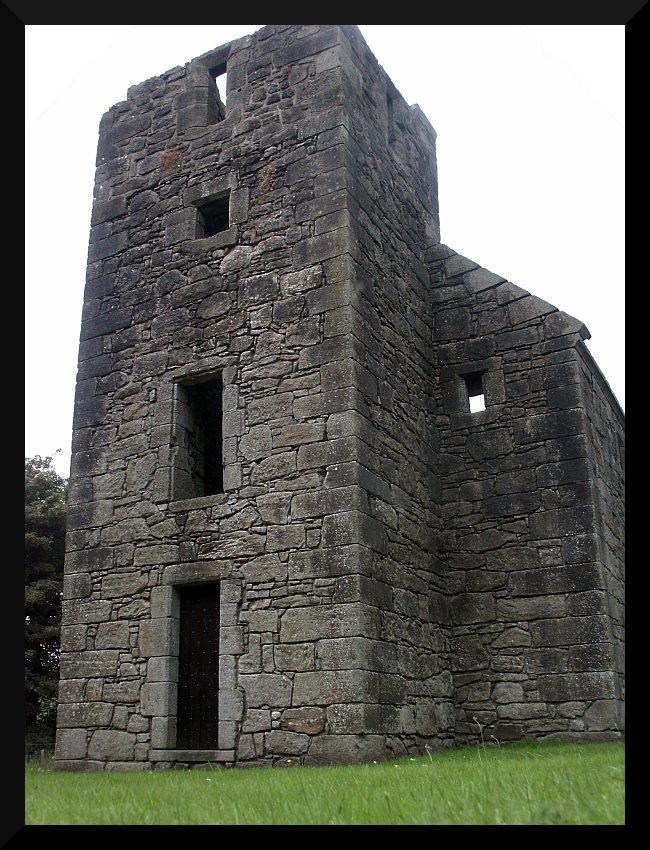 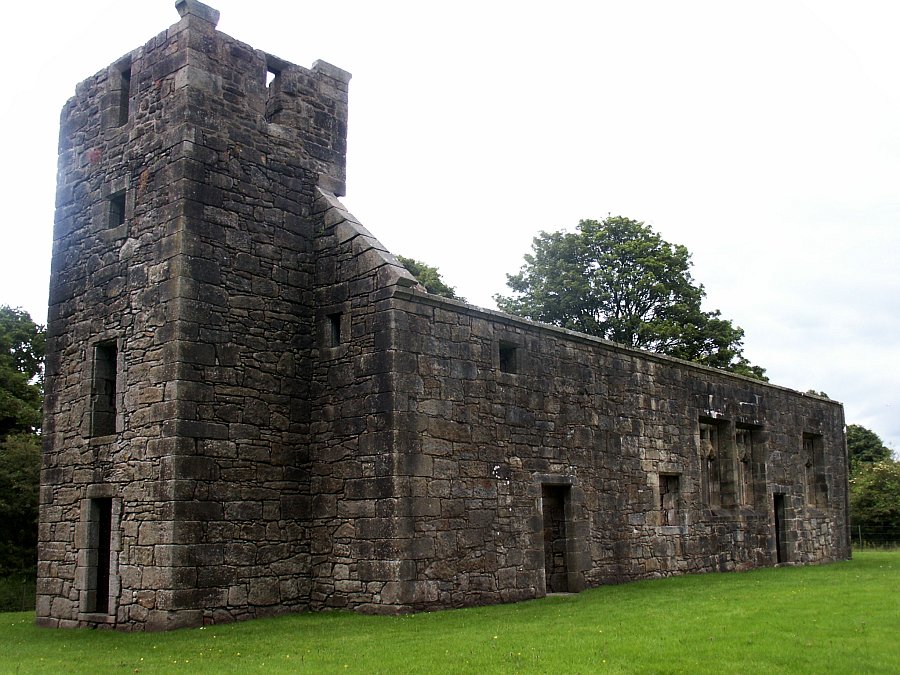 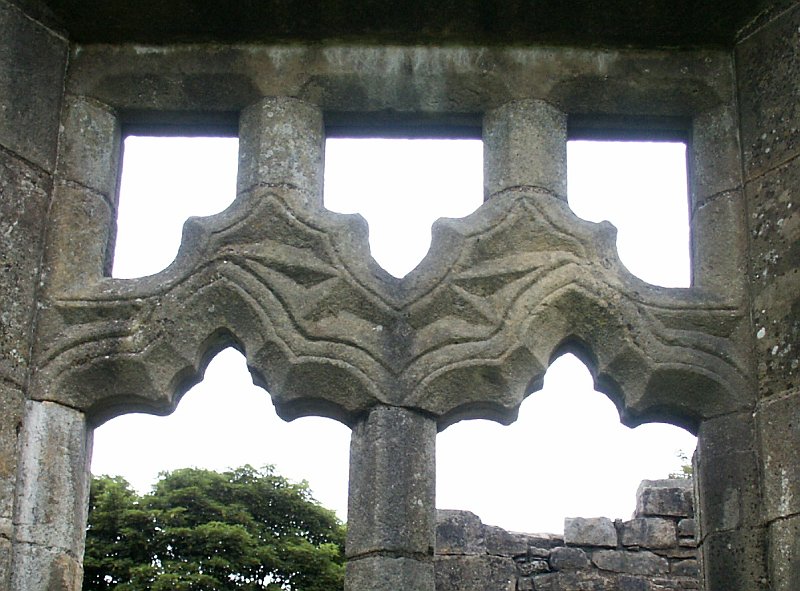 3/18 Detail of the windows in the south wall. 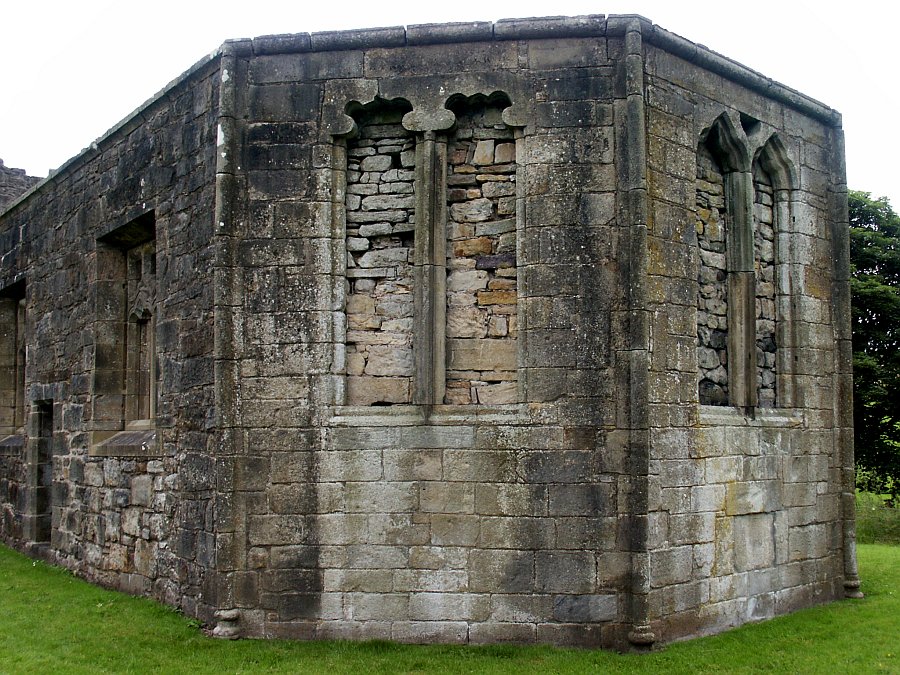 4/18 The bricked-up windows in the eastern apse. Note the different arch styles. 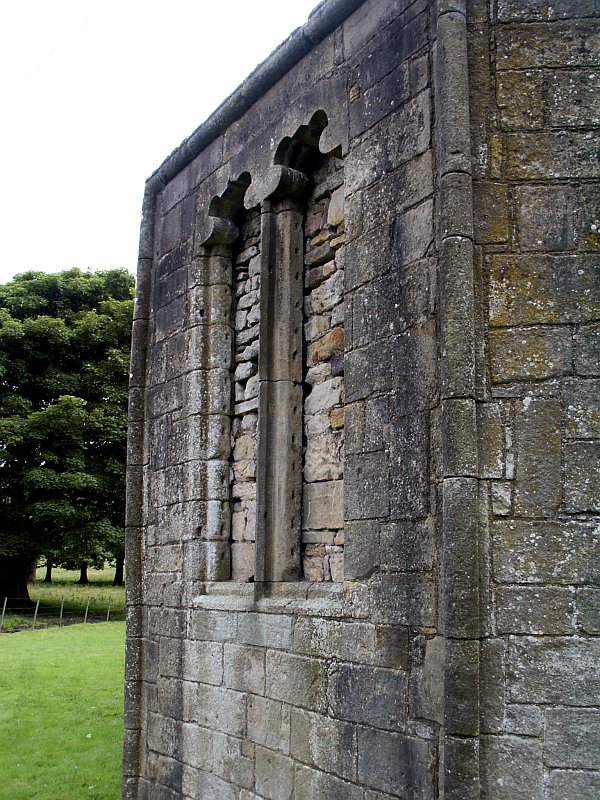 5/18 Sockets for the window fixtures can be seen in the apse windows. 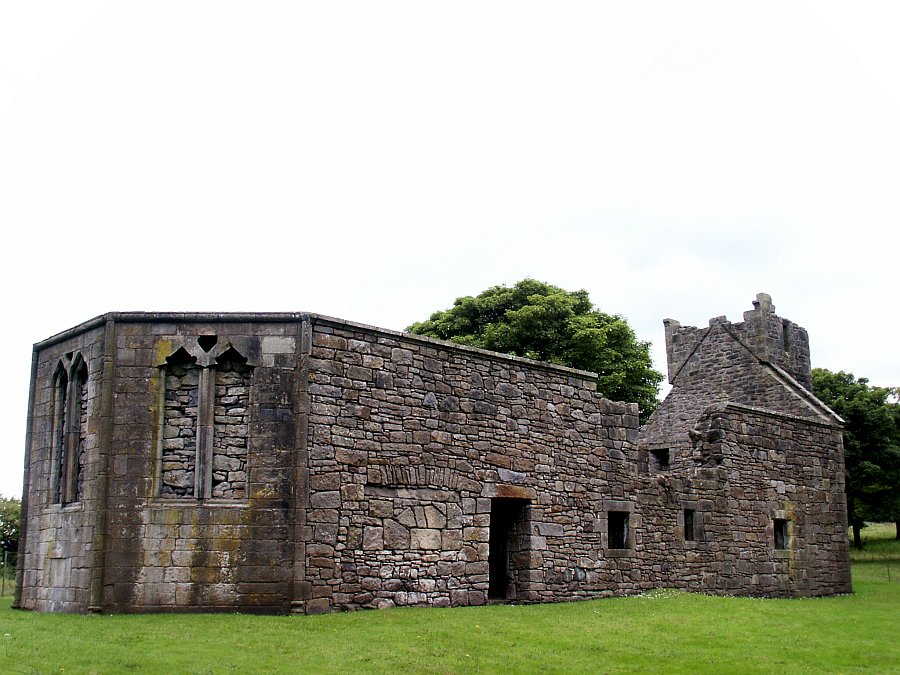 6/18 The church from the north west. The modified section of wall to the left of the doorway shows the location of John Semple's tomb. 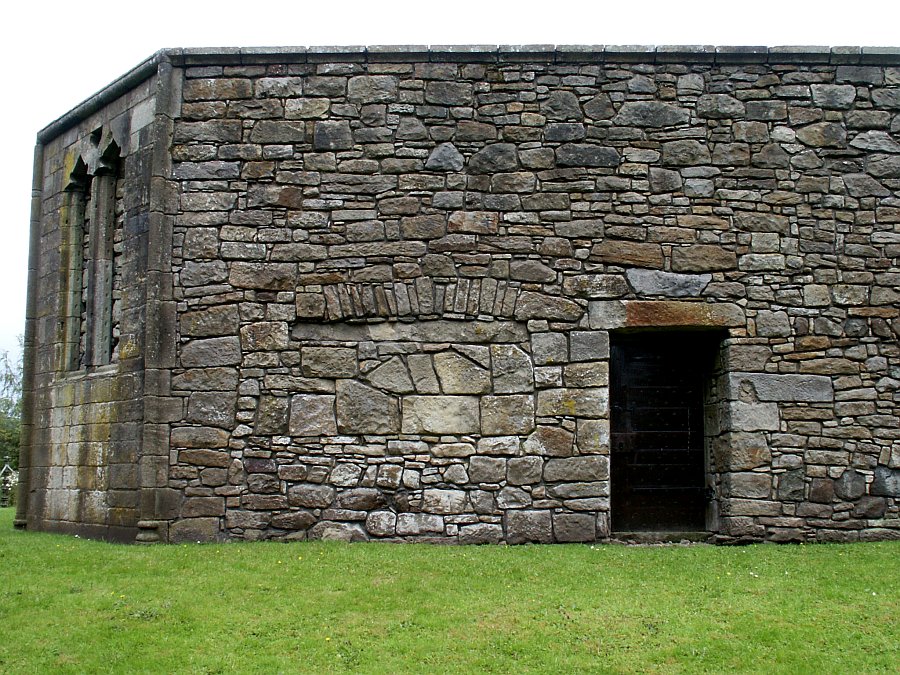 7/18 The wall modified to take the tomb. 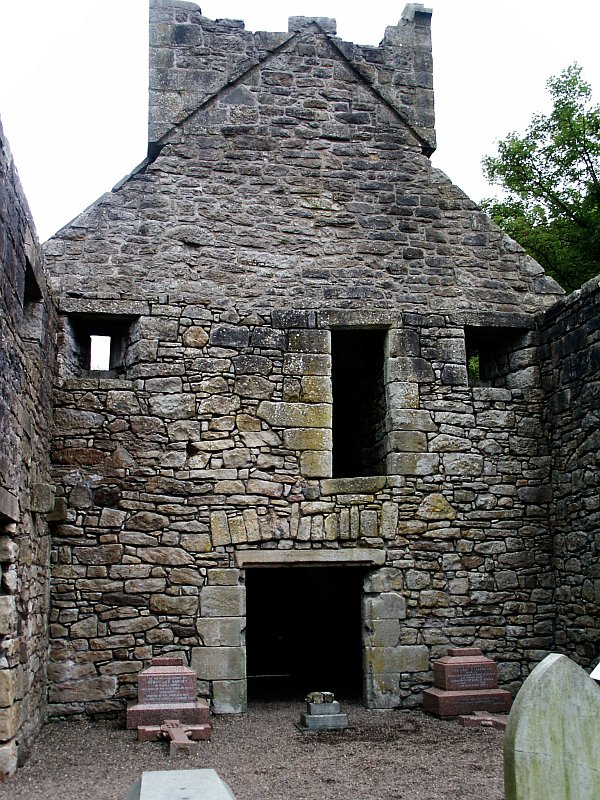 8/18 Inside the church looking towards the tower in the west end. The ground floor doorway has clearly been altered with a lintel made from a single stone underneath the older keyed lintel. The gravestones are 19th century or later. 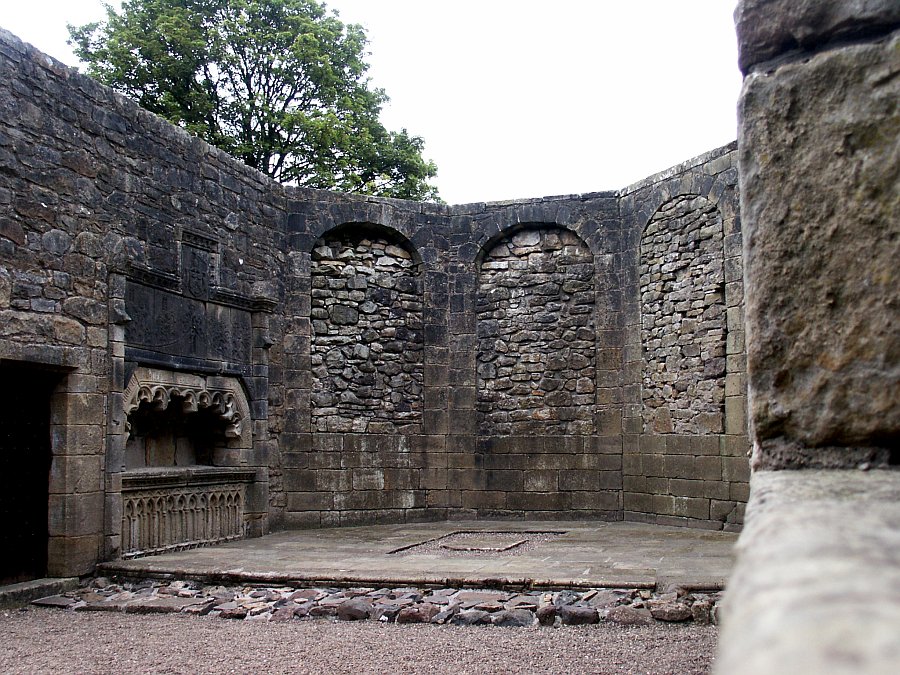 9/18 Inside the church looking towards the apse in the east end. John Semple's tomb is in the left wall. 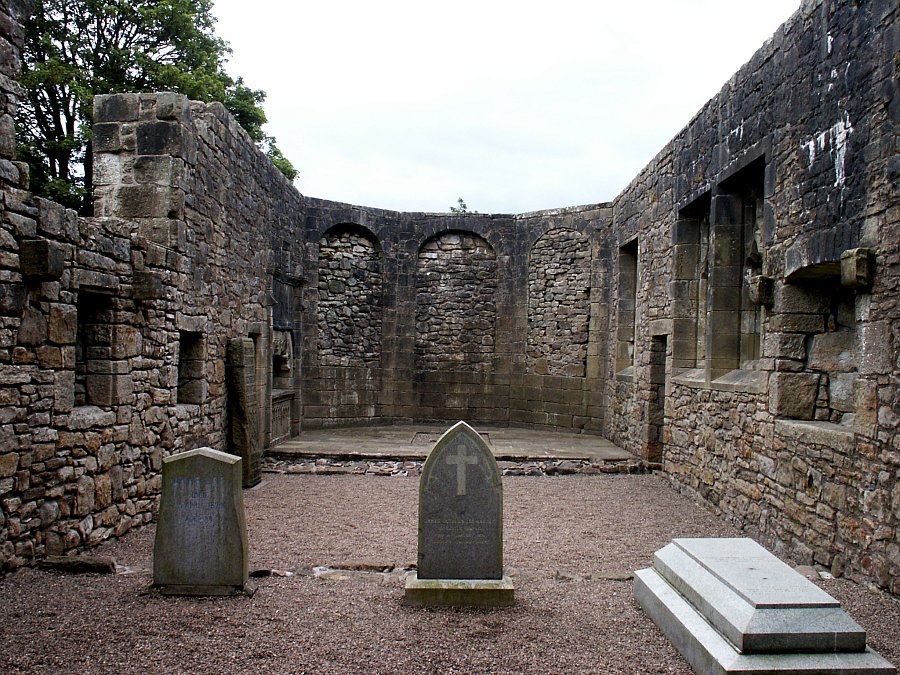 10/18 Inside the church looking east. The foreground graves are relatively modern, but the 1587 tombstone of Gabriel Semple can be seen resting against the left wall. 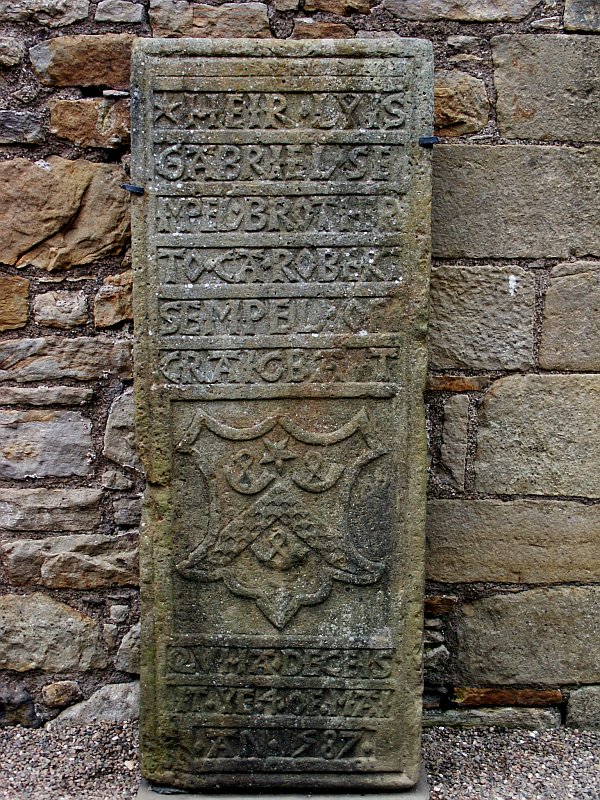 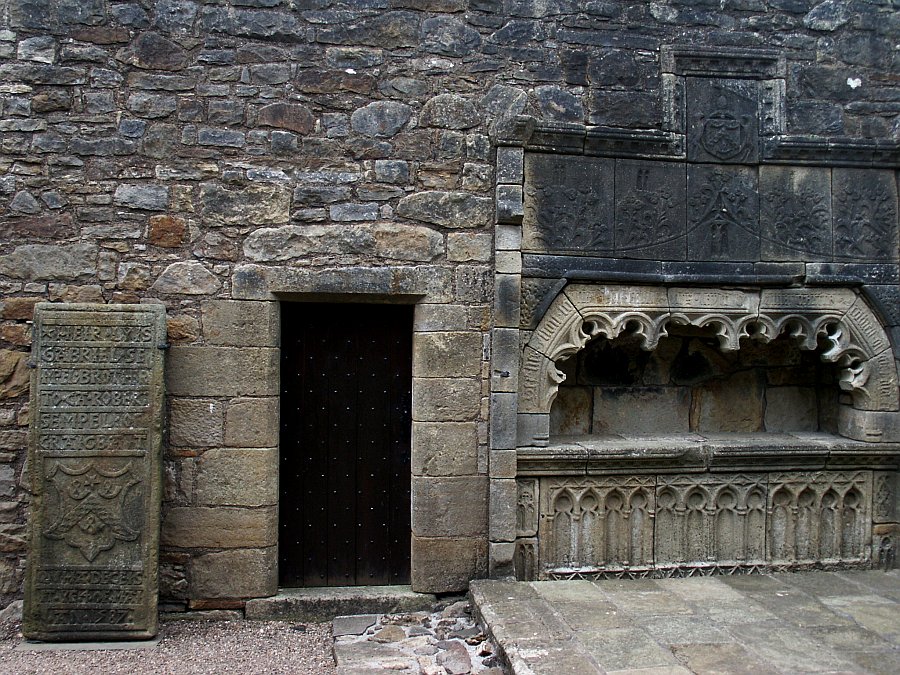 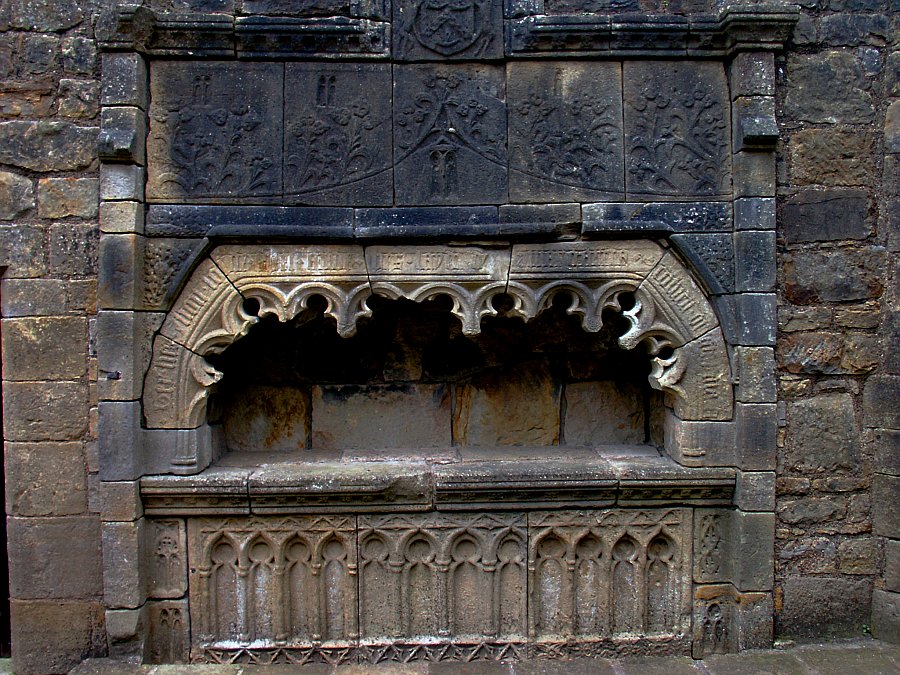 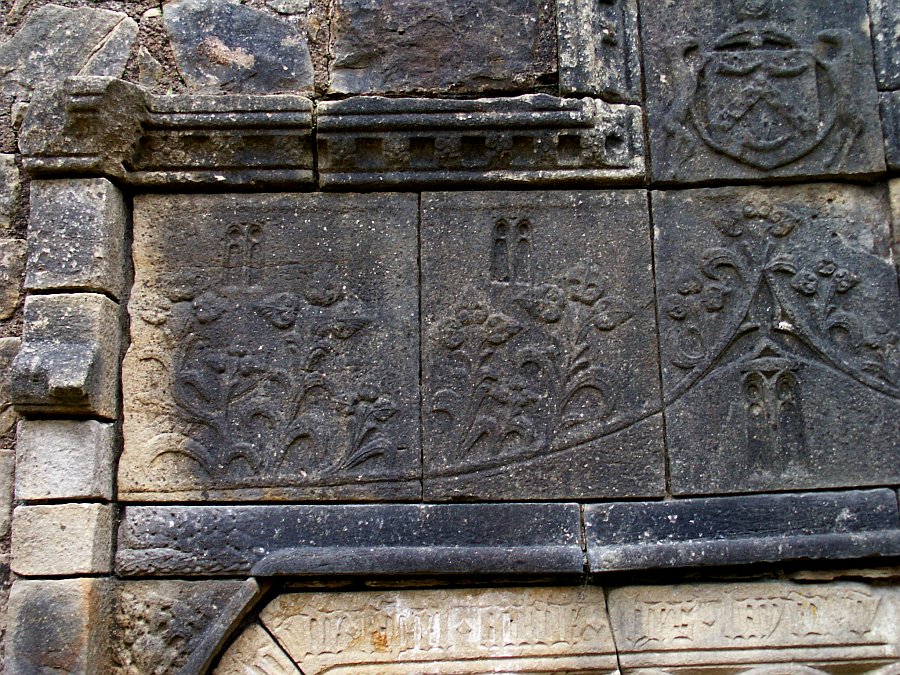 15/18 Detail of some of the carving above the tomb. 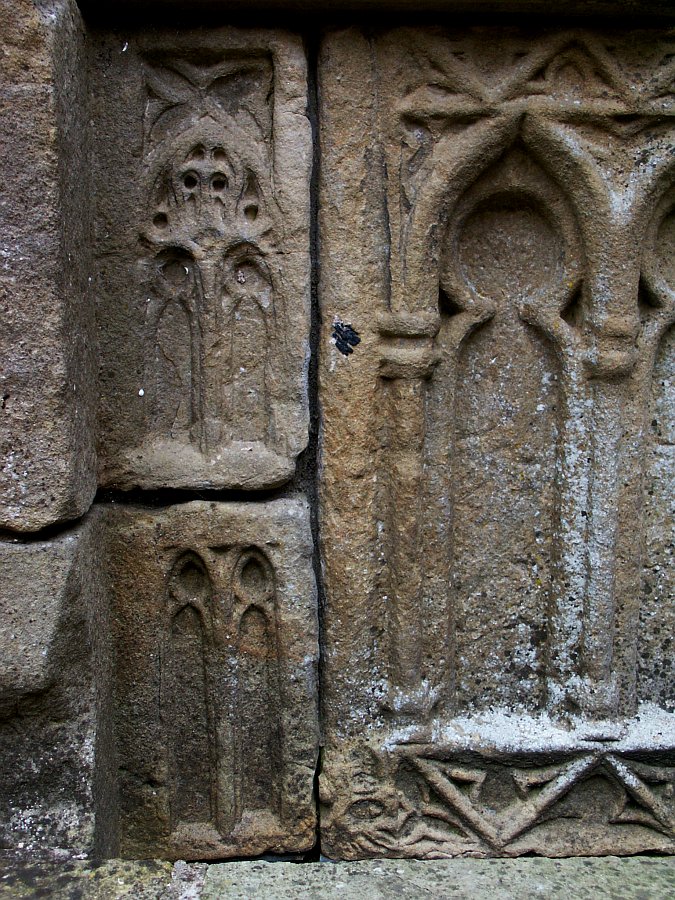 16/18 Detail of some of the carving below the tomb. 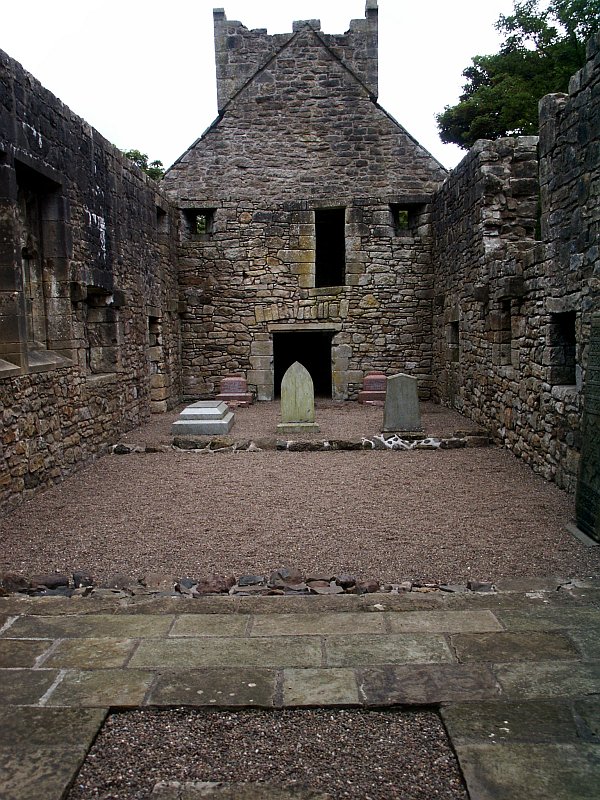 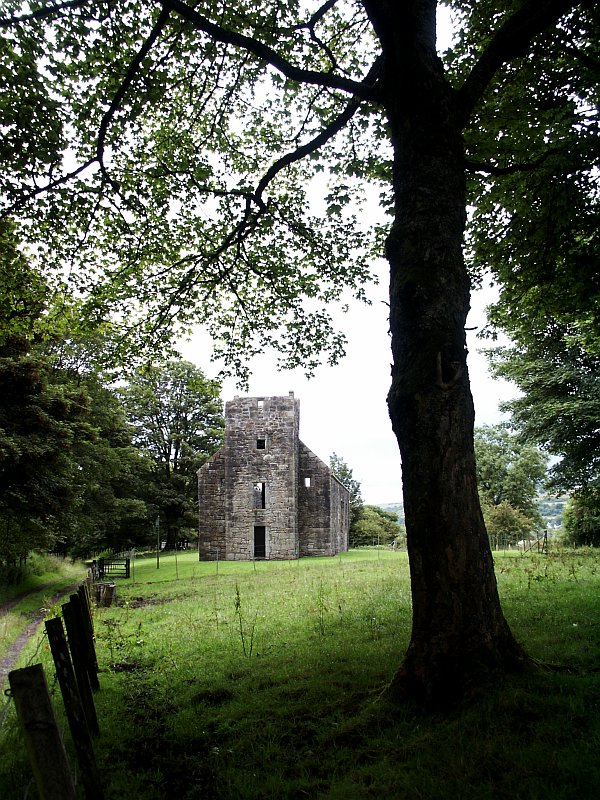