On a narrow isthmus between the Lochs of Harray and Stenness, and by the road from the Stones of Stenness and the Ring of Brodgar, stands a large monolith known as the Watch Stone.

This stone is ninteen feet tall, five feet wide and just over a foot thick.

The stump of a second stone was found nearby, and in such a position that it is possible that these two stones formed part of yet another stone circle that was lost when the sea level (and hence the level of the Loch of Stenness, which is open to the sea) rose.

1/7 Looking east. The yardstick is about six feet tall 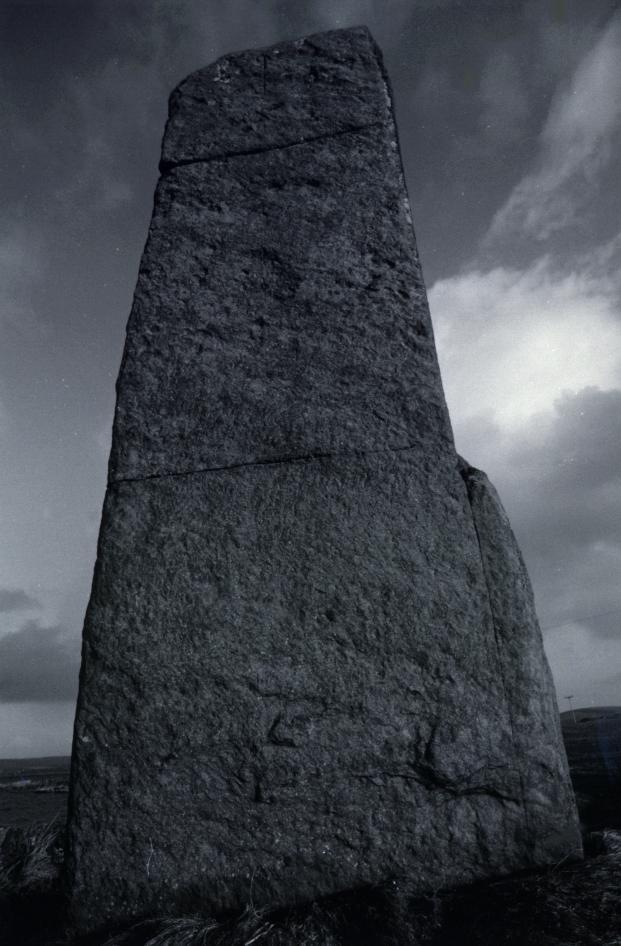 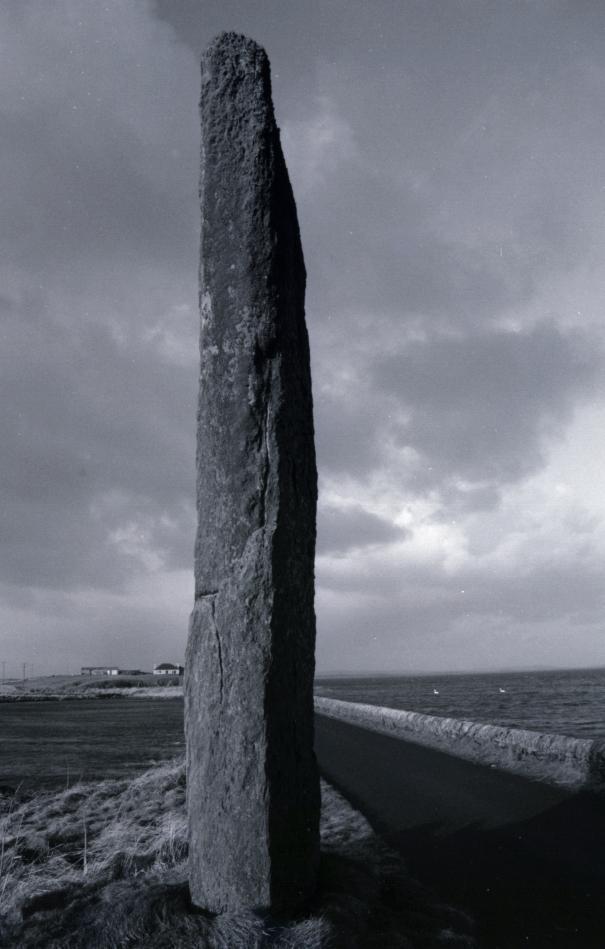 3/7 The Watch Stone, looking north. To the left of the road is the Loch of Stenness, to the right is the Loch of Harray. There are two smaller standing stones by the house in the background. A little way beyond is the Ring of Brodgar 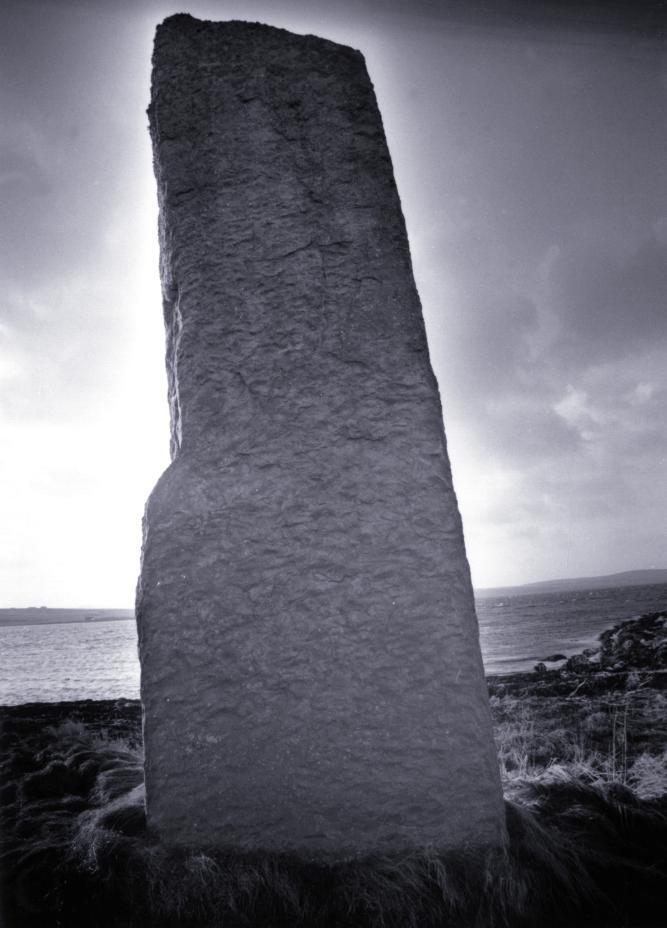 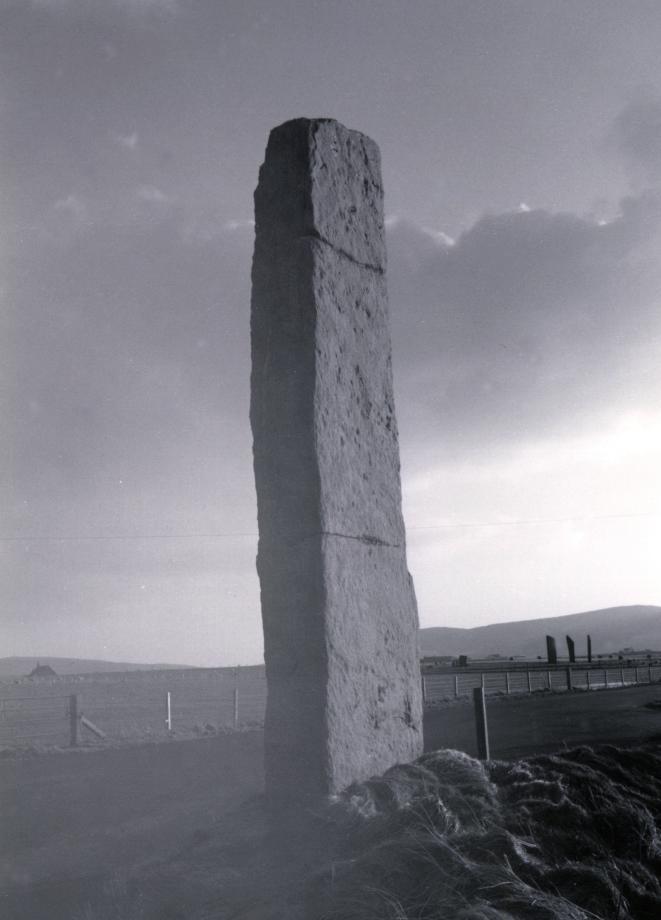 5/7 Looking southwest. The Stones of Stenness can be seen in the distance to the right of the Watch Stone 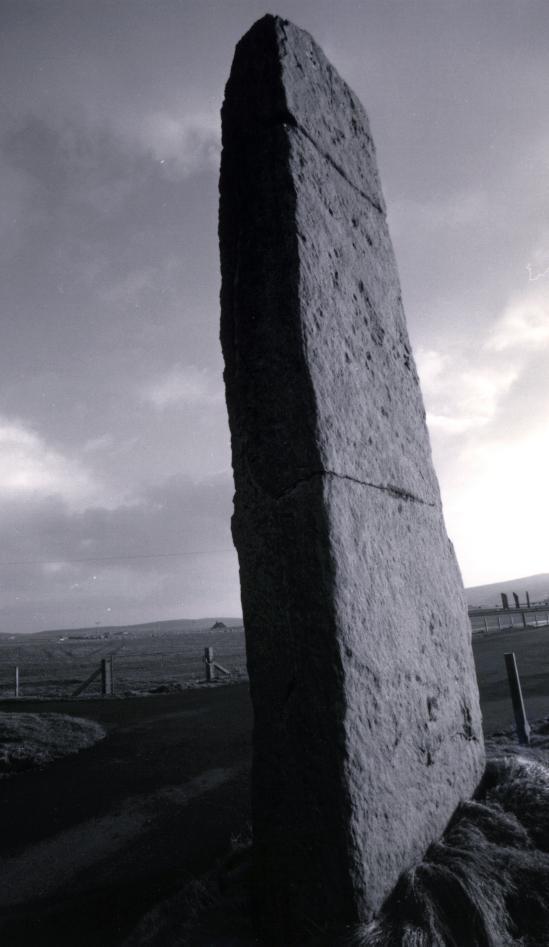 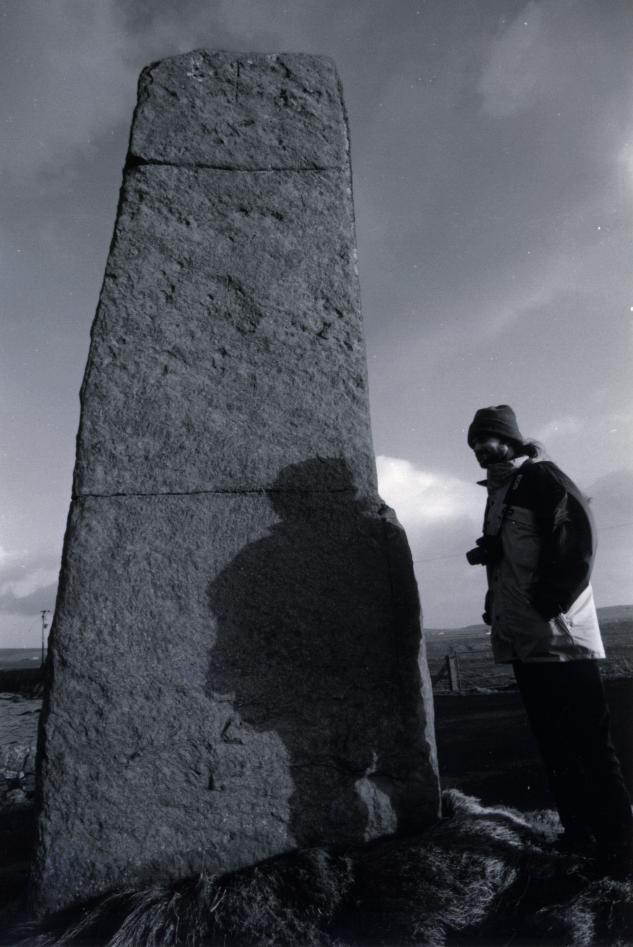 7/7 Another view to the east
Previous Next