This stone once stood about 20 metres northwest of the Ballymeanoch stone rows. It broke and fell sometime around 1880 and lay in place until 1977 when it was excavated and moved. It now lies, almost hidden, by the nearby kerb cairn.

The stone is decorated with many cup marks and, unusually, has a hole pierced right through it. Originally nearly three metres tall, it is now broken into at least three pieces. The only obvious section still remaining has the hole and over a dozen cup-marks visible.

There is a tradition that betrothals were made by holding hands through the hole in the stone. Deals were sealed in the same manner. And babies were cured of various diseases by passing them through the hole. Because of the size of the hole only people with small hands (or impossibly small babies!) would be able to utilise the stone. Doubtless the folklore tradition arose through trying to explain the archaic purpose of the holed-stone rather than from practical experience. 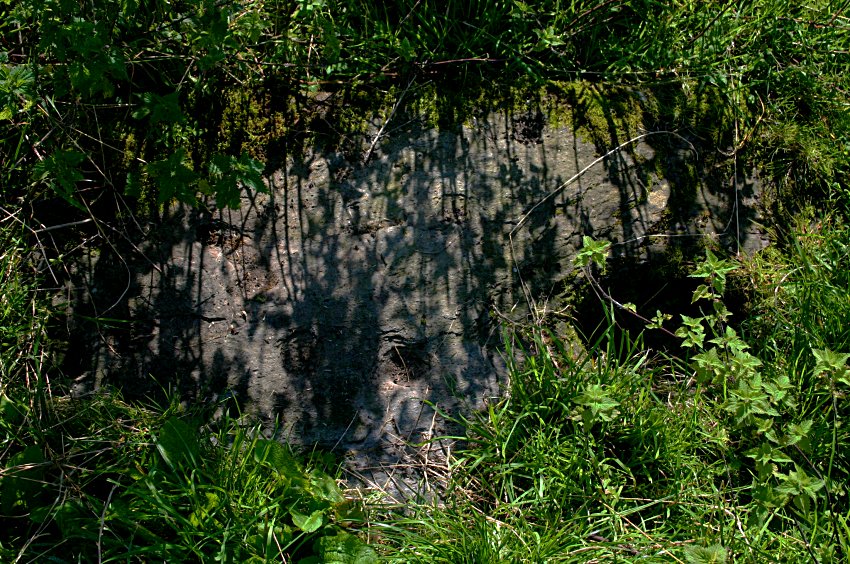 1/2 The holed stone. Several cupmarks are visible in the centre ond to the left of the slab. The dark area to the right is the hole that goes right through the stone. 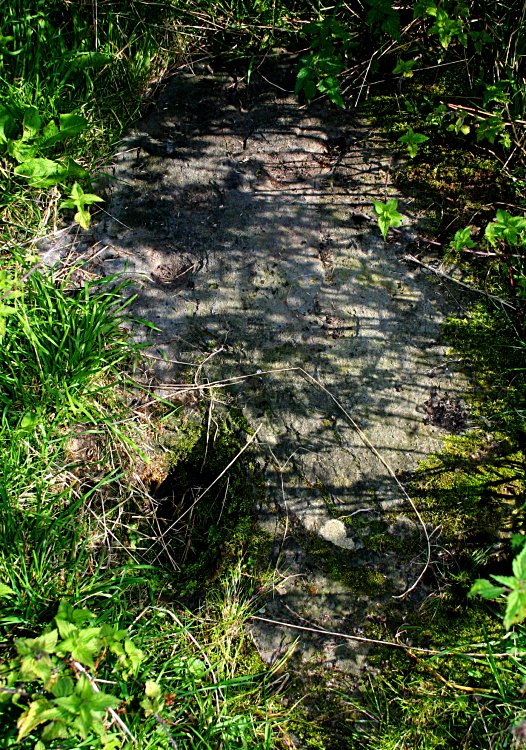 2/2 Another view with the pierced hole at the lower-left.
Previous Next