The cross side of the stone has, at the base, four indistinct creatures (or creatures and people). Elizabeth Sutherland suggests that these are the symbols of the four Gospel writers as they appear in The Book of Kells.

Higher up, just below the arms of the cross, are two mourning angels holding books.

The symbol side of the stone has, at the top, the crescent-and-V-rod and double-disc-and-Z-rod symbols.

At the bottom-left of the stone is an image of a centaur.

At the bottom-right is the biblical David grasping the jaws of a lion. Beside him are a harp and a sheep, symbolising his musicianship and origins as a shepherd.

The rest of this side is taken up with a hunting scene including: three stags; four horsemen; two men on foot blowing horns; three hounds. At the left a man on foot is facing the opposite direction (possibly David again with a square shield symbolising his attributes as a warrior), and in the centre of the scene is a smaller creature--a dog perhaps? 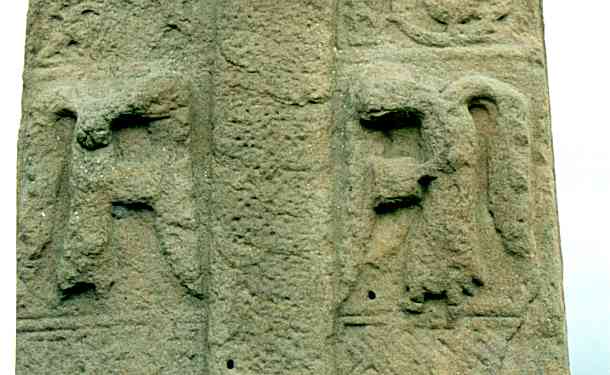 2/11 Detail of the mourning angels. 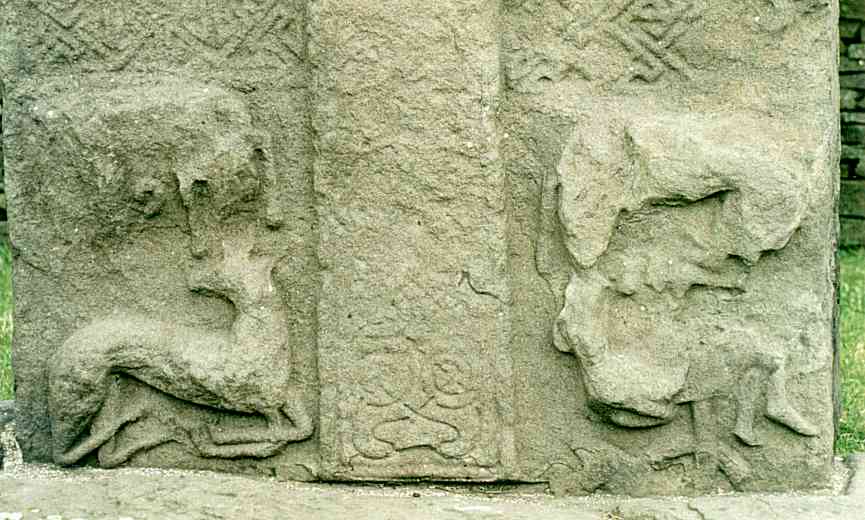 3/11 Detail of the Evangelist-creatures at the base of the cross side. 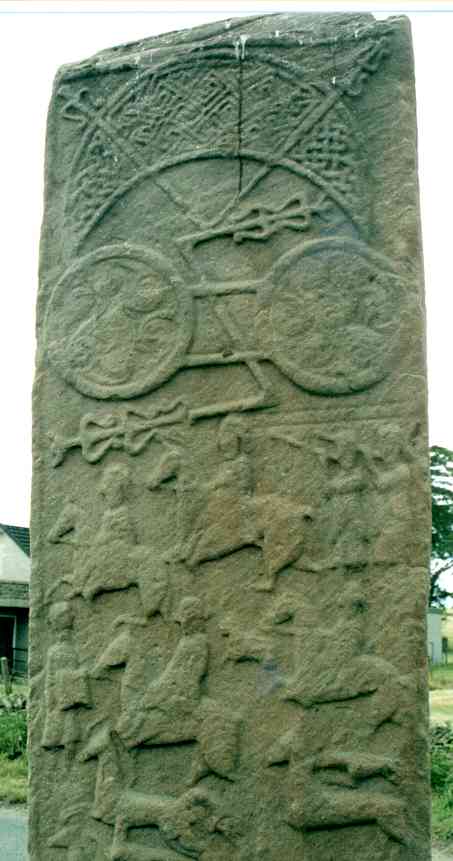 4/11 The symbols at the top of the symbol side. 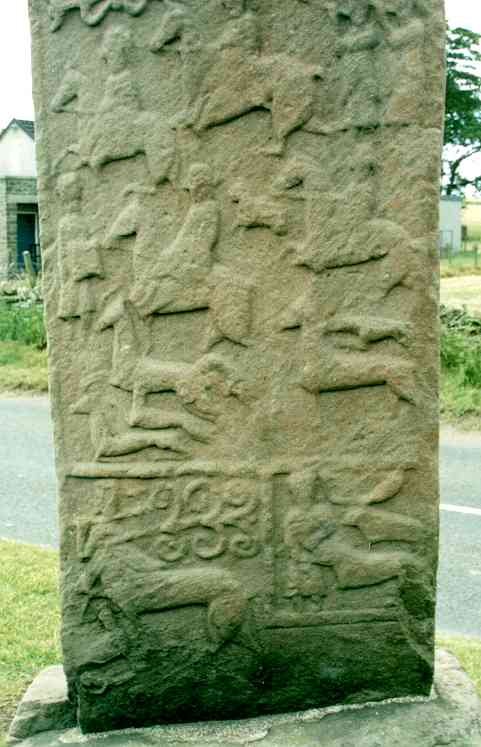 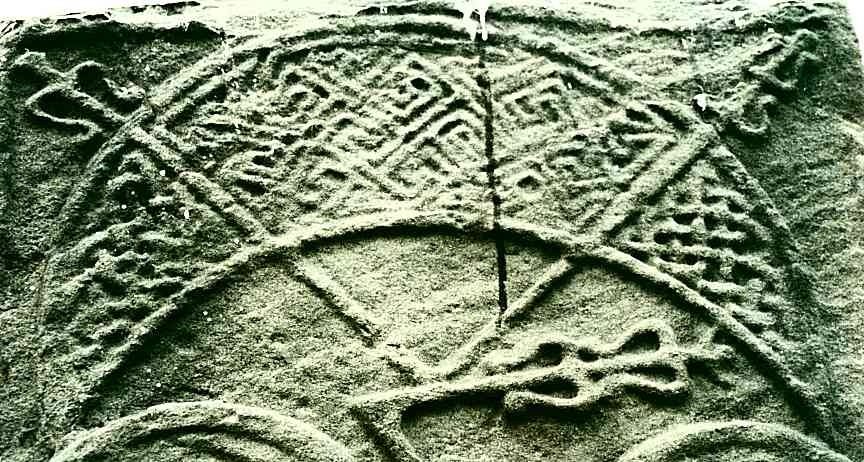 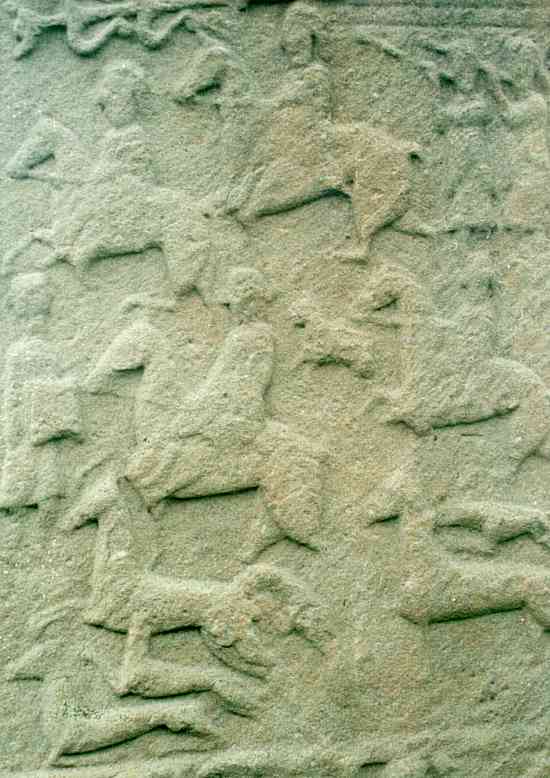 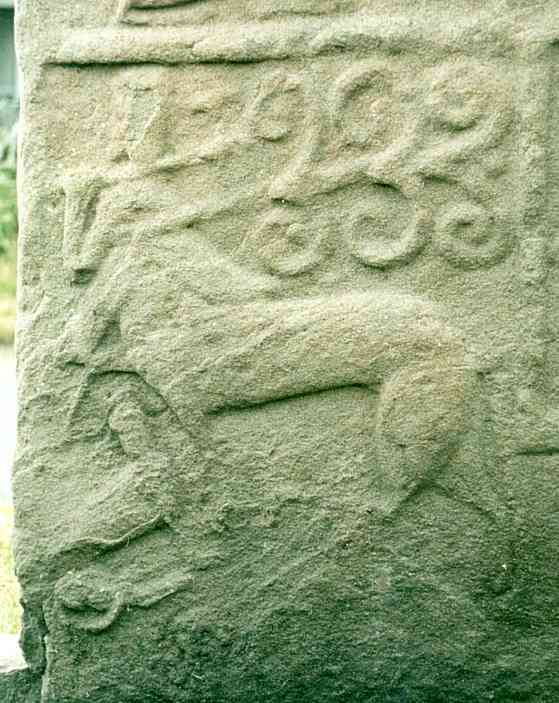 9/11 Detail of the centaur on the symbol side. 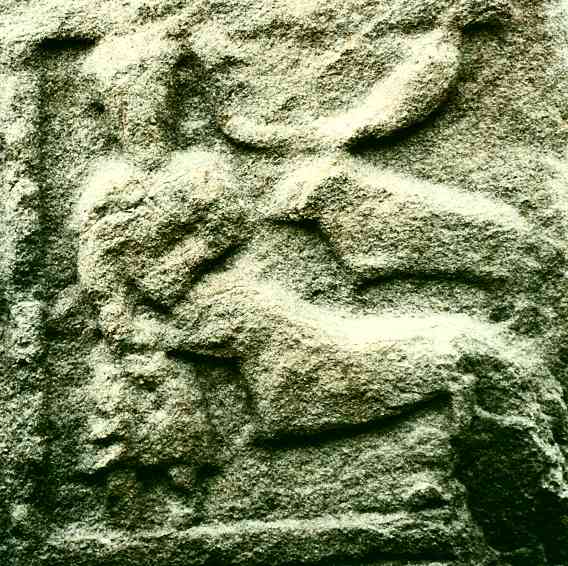 10/11 Detail of David grasping the jaws of the lion.

11/11 Decoration down the slab edges.
Previous Next