South Yarrows Broch, on the south west shore of the Loch of Yarrows, is in an area rich in archaeology from many periods. The broch itself has been dated to probably the late Iron Age.

The river emptying the loch has been dammed, so raising the water level. As a result, the broch is now waterlogged.

The walls are 4 metres thick and still stand up to 4 metres high, enclosing a circular area 10 metres in diameter. A later settlement was built against the broch wall on the side away from the loch. The broch itself has two entrances, which is very unusual. It is thought that the entrance facing the loch was originally built into the broch and the entrance in the south wall pushed through after the settlement outbuildings were added. 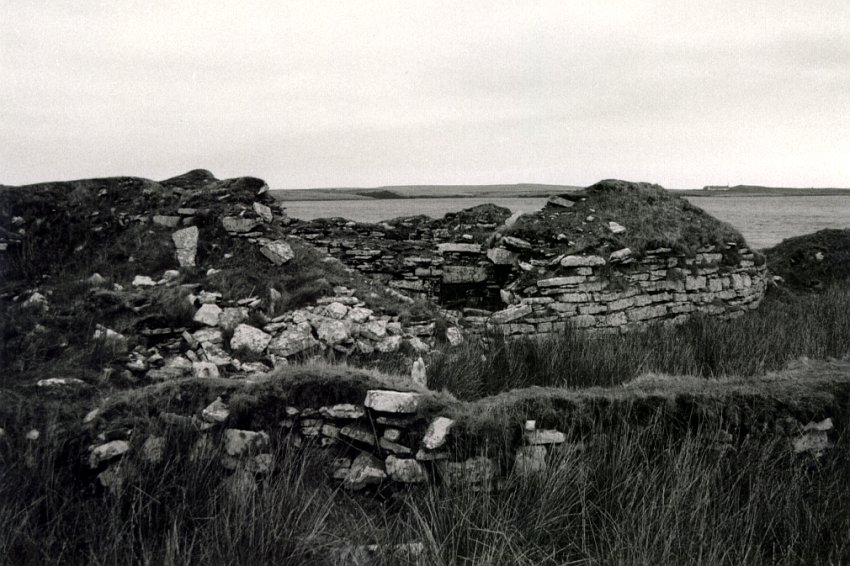 1/8 Looking north from the outbuildings. There is much rubble to the left but a good line of wall curving away to the right. The Loch of Yarrows is behind. 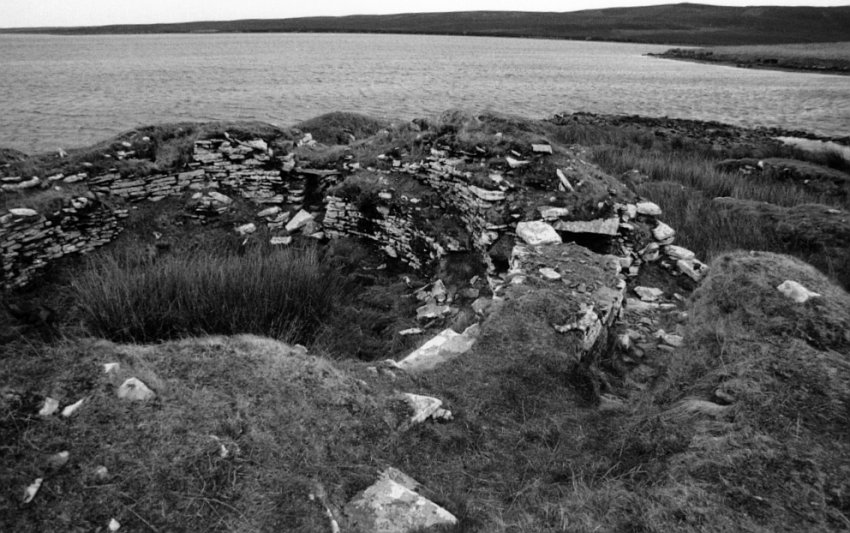 2/8 Looking northeast into the body of the broch. The double-wall can be seen in the lower right. A large space, suitable for storage, is in the wall cavity below stone covers immediately below my feet. 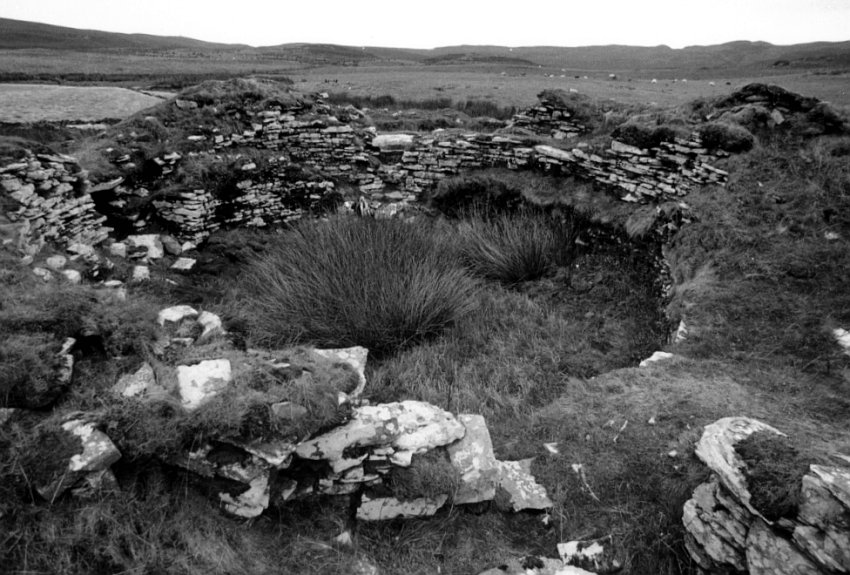 3/8 Looking southeast. One entrance to the broch is in the wall opposite the camera. The other entrance is in the far wall towards the left of the picture. 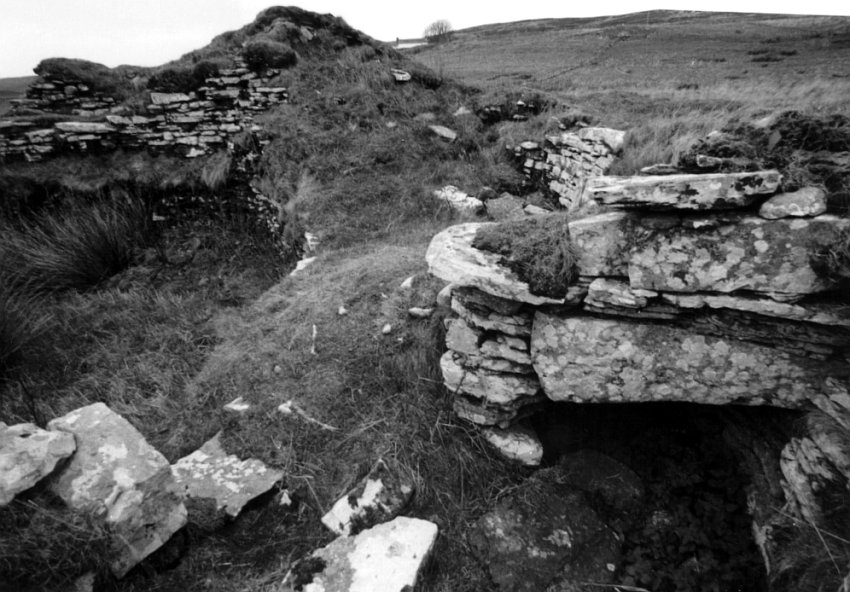 4/8 The broch wall. To the left is the body of the broch. Bottom right is a large void between the double walls, capped by large flat stones. 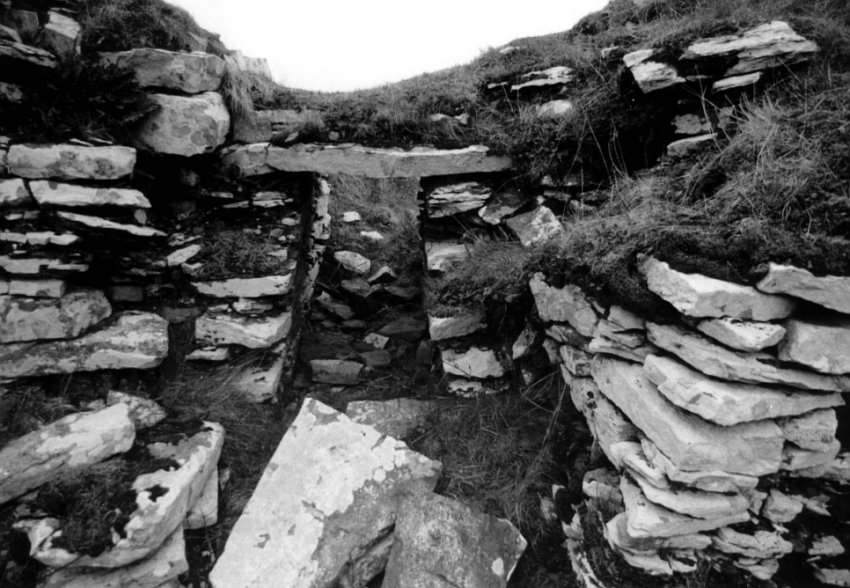 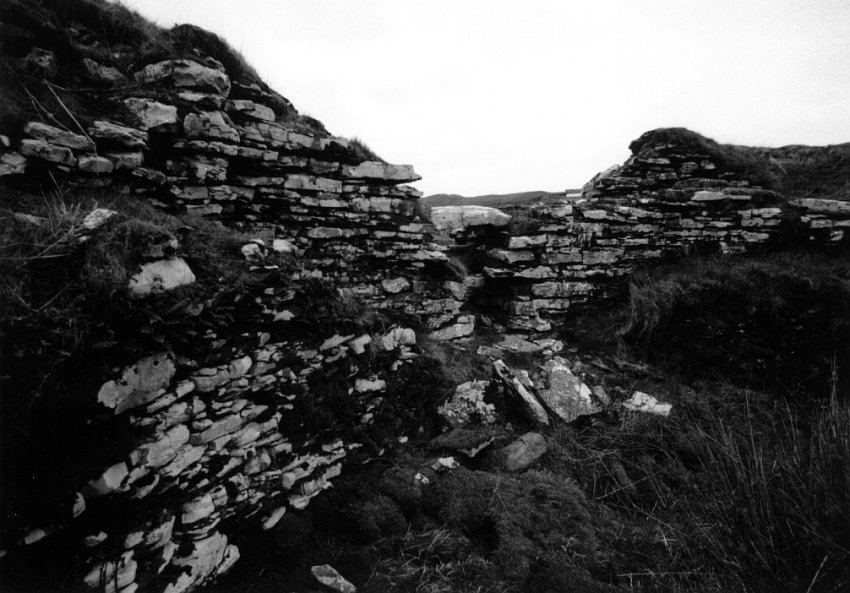 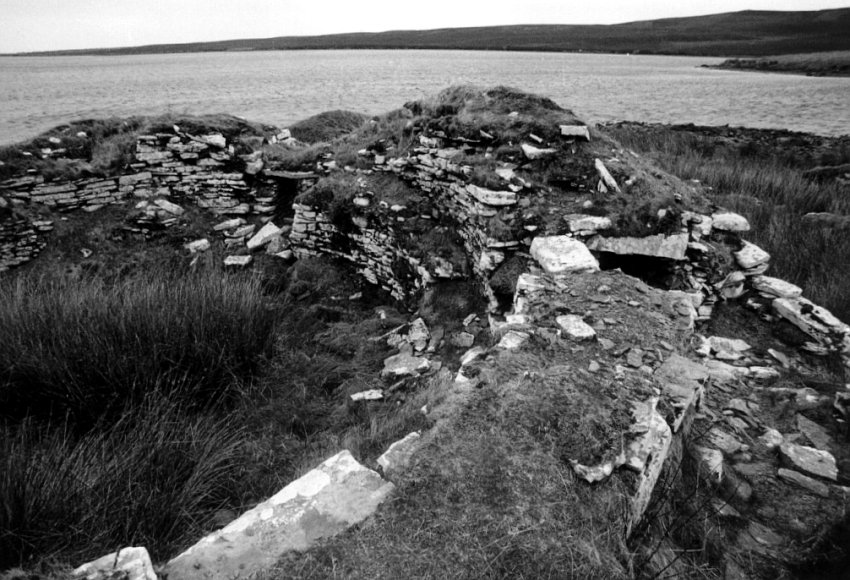 7/8 Another view from the broch wall. One entrance is in the far wall, the other much nearer in the wall to the right. 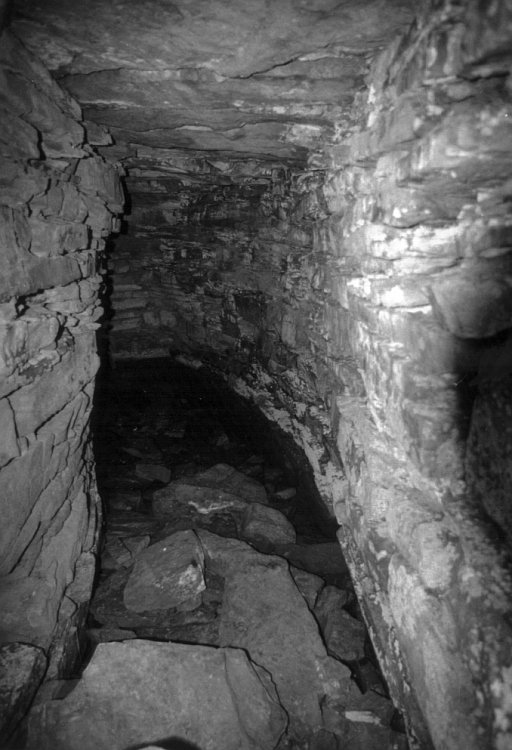 8/8 looking into the space between the walls.
Previous Next