Crossraguel Abbey
Maybole, South Ayrshire OS Map
Abbey Canmore
Crossraguel Abbey was founded, sometime after 1244 and certainly before 1286, by Duncan (later Earl Duncan) of Carrick. 1244 was when Bishop William of Glasgow commanded that a Cluniac monastery should be built there. And 1286 was when the first abbot was recorded.

Much of the original church had to be rebuilt after being badly damaged during the war with England in the early 1300s when the abbey had stayed loyal to the local man Robert Bruce.

The tower house and gatehouse were built in the sixteenth century.

Later in the sixteenth century, the abbey seems to have survived relatively unscathed through the Reformation when many other monasteries were severely damaged or destroyed. 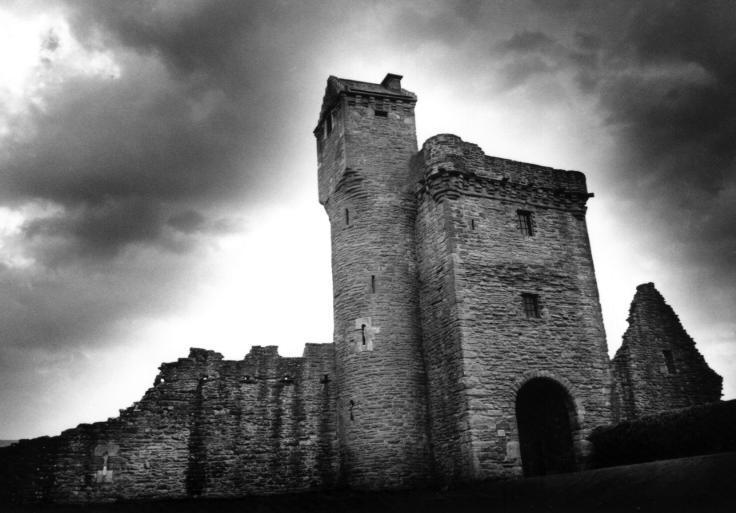 1/7 The gatehouse, from the northwest. 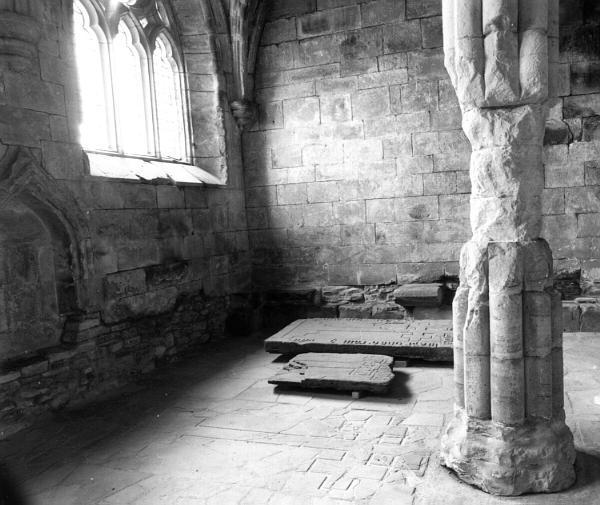 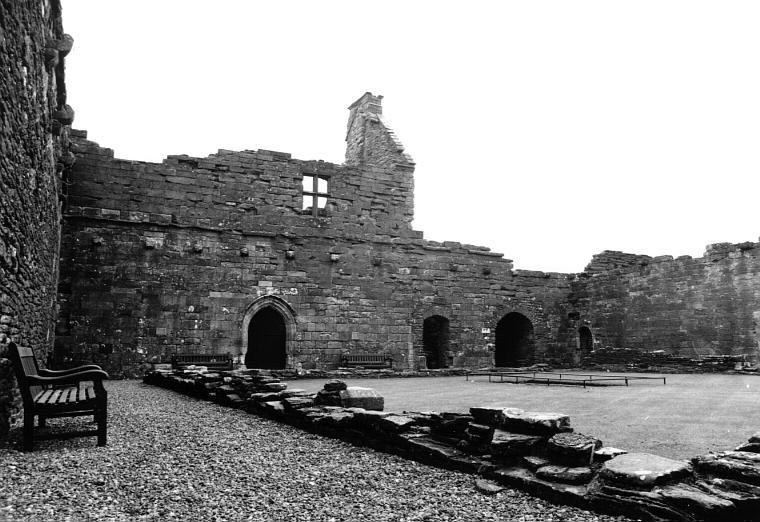 3/7 The cloister, from the northwest corner. 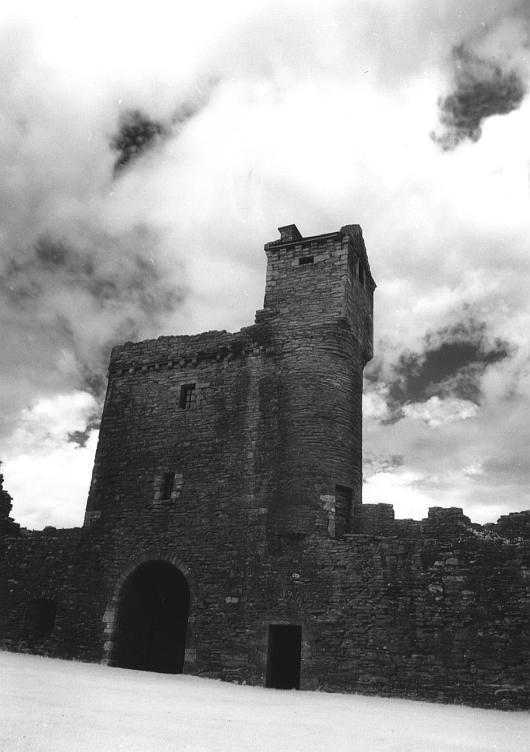 4/7 The gatehouse, from the southeast. 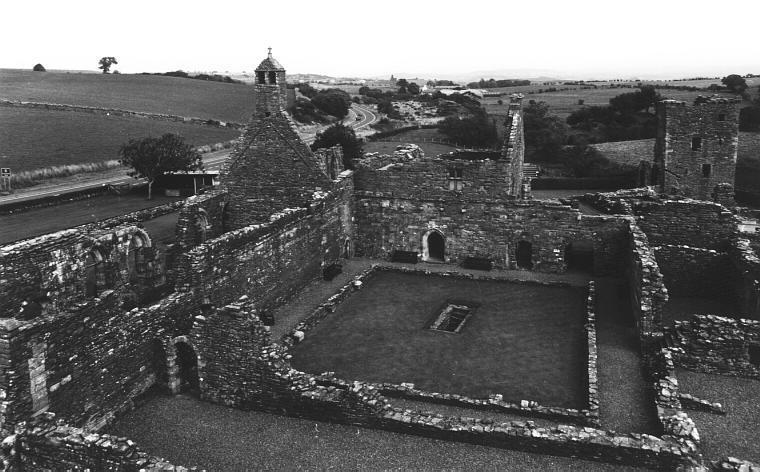 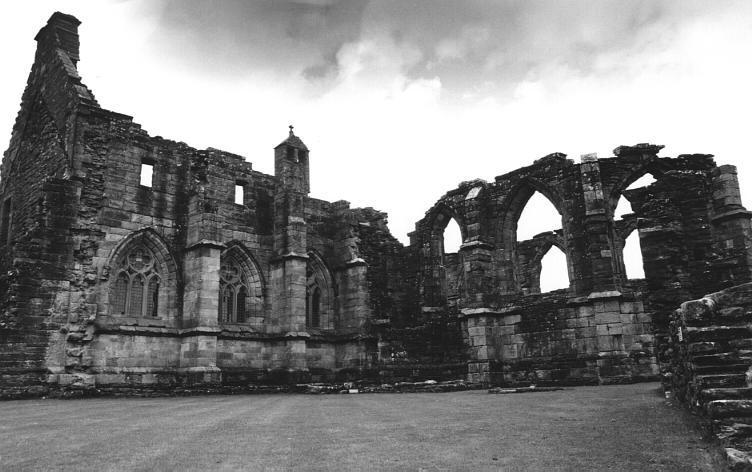 6/7 The chapter house and sacristy on the left, and the choir of the church on the right. 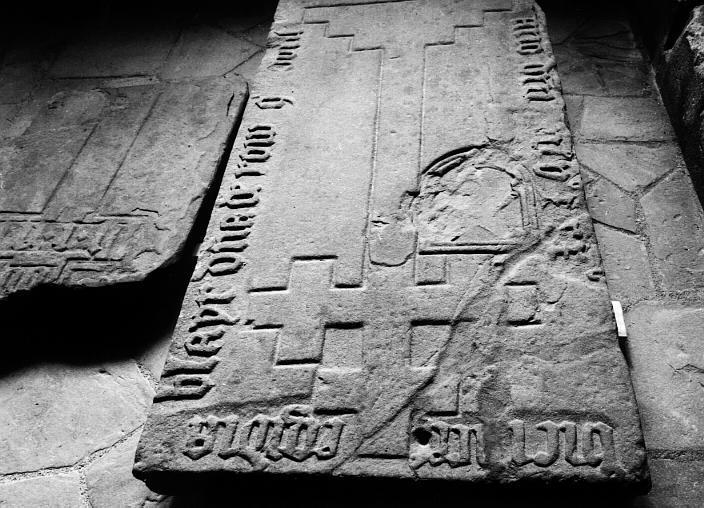 7/7 The cover of the tomb of Egidia Blair, Lady Row of Baltersan. This dates to 1530.
Previous Next