This has been a defensive site since at least the 7th century and probably longer. However, the oldest portion of what now stands probably dates back to the 1400s with many of the buildings dating to around 1600.

St Ninian retreated here and built a chapel in Pictish times. William Wallace also come here (and burned St Ninian's chapel and the wooden castle that stood at the time). The Scottish Crown Jewels were held here whilst Oliver Cromwell laid seige for eight months; when the heavy artillery arrived the regalia were lowered over one of the seaward cliffs and sneaked away. Damage from the seige is still very visible. 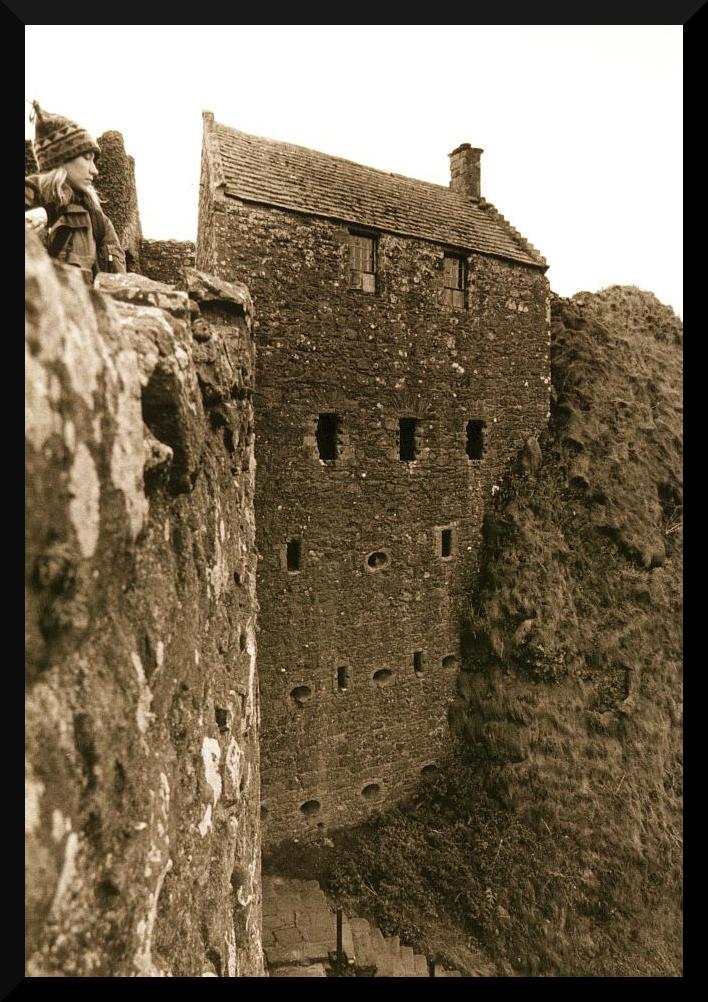 1/16 The east-facing wall of the castle. The sole entrance to the castle is a narrow door in the wall at the bottom centre of the picture. 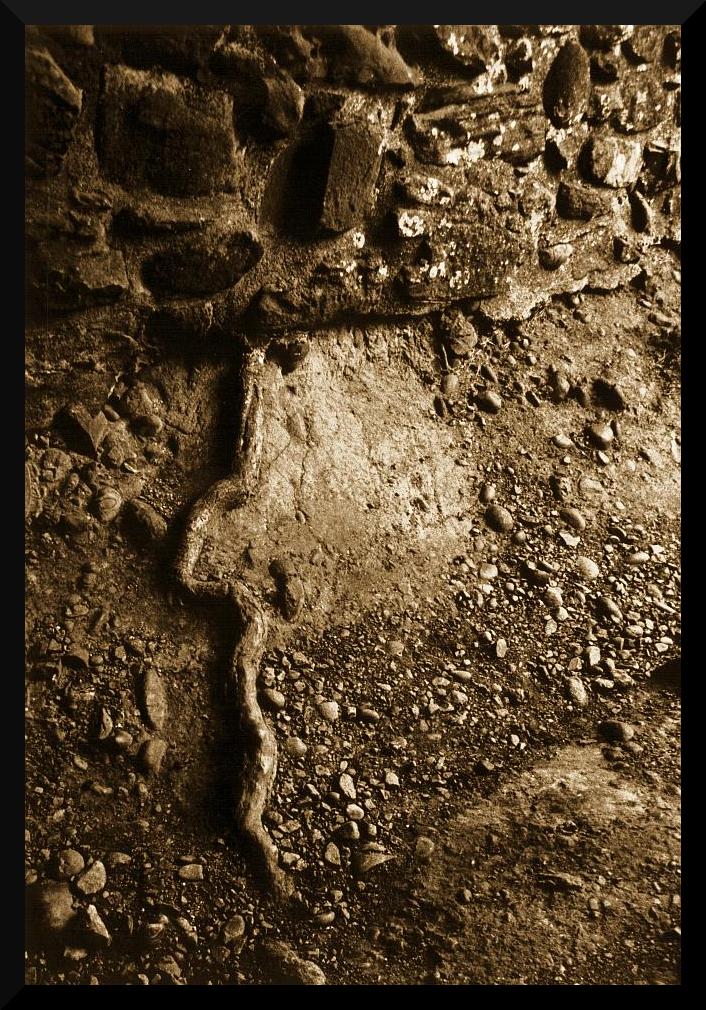 2/16 Although there are alternative ways in <i>under</i> the wall if you're a tree and have a few years to spare. 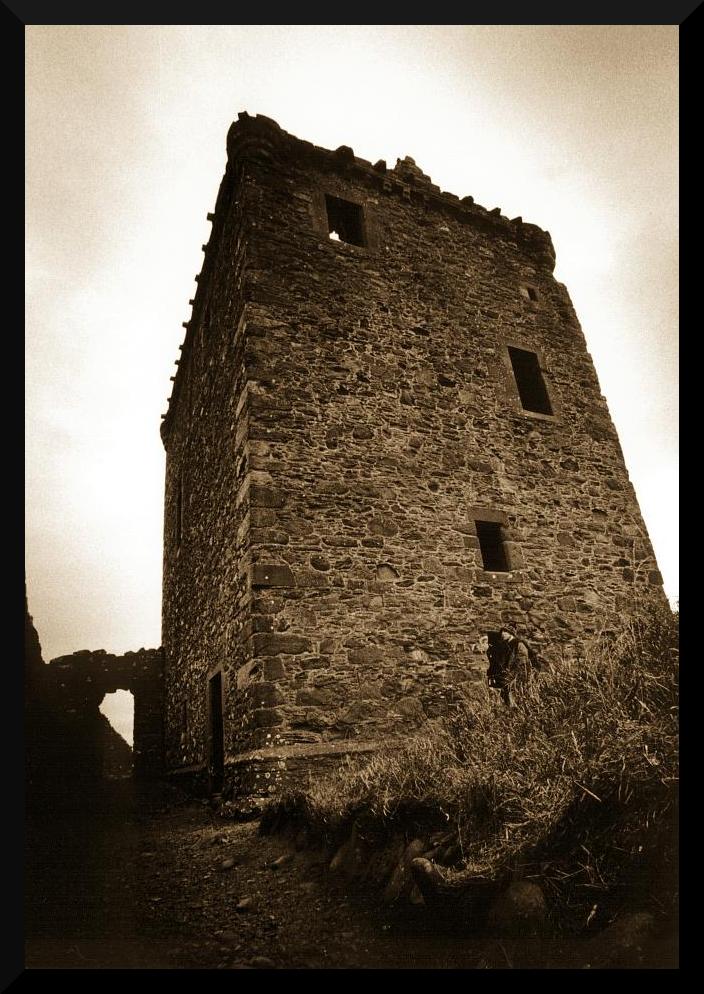 3/16 The old keep. For scale, you can make out a figure at the lower-right doorway. 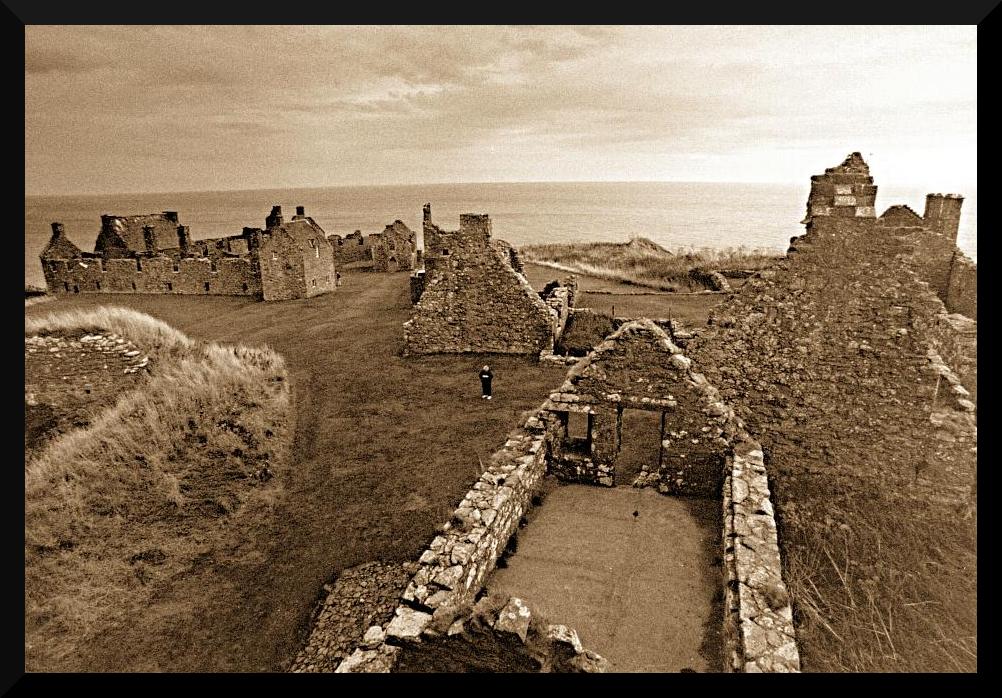 4/16 The eastern grounds of the castle looking out to the North Sea, seen from the keep. 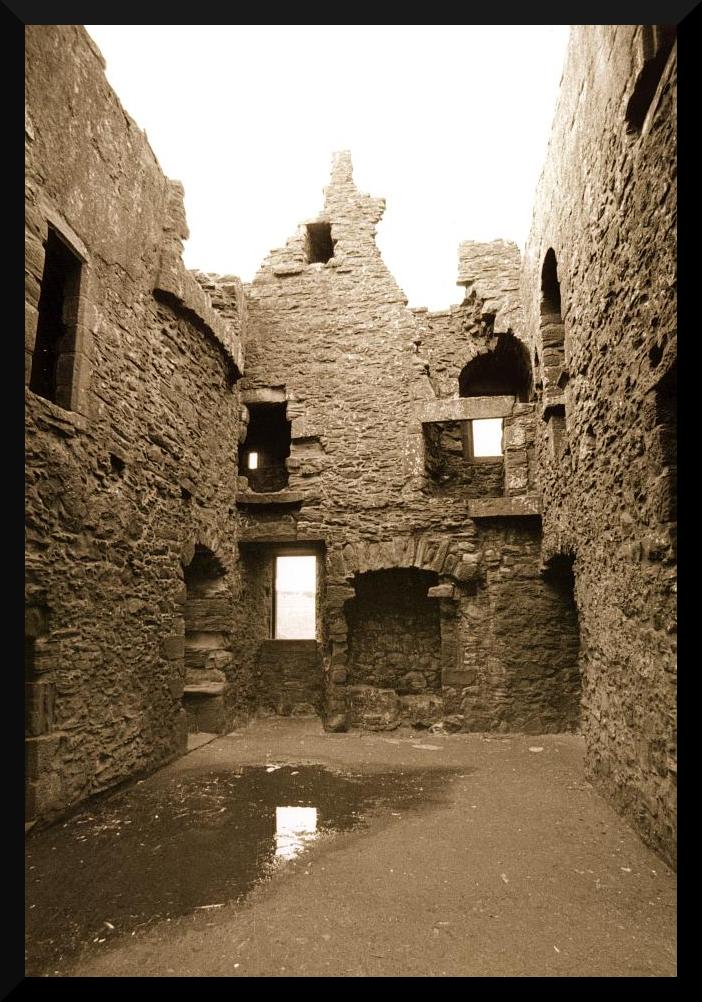 5/16 The Main Hall below and bedrooms above in the keep. 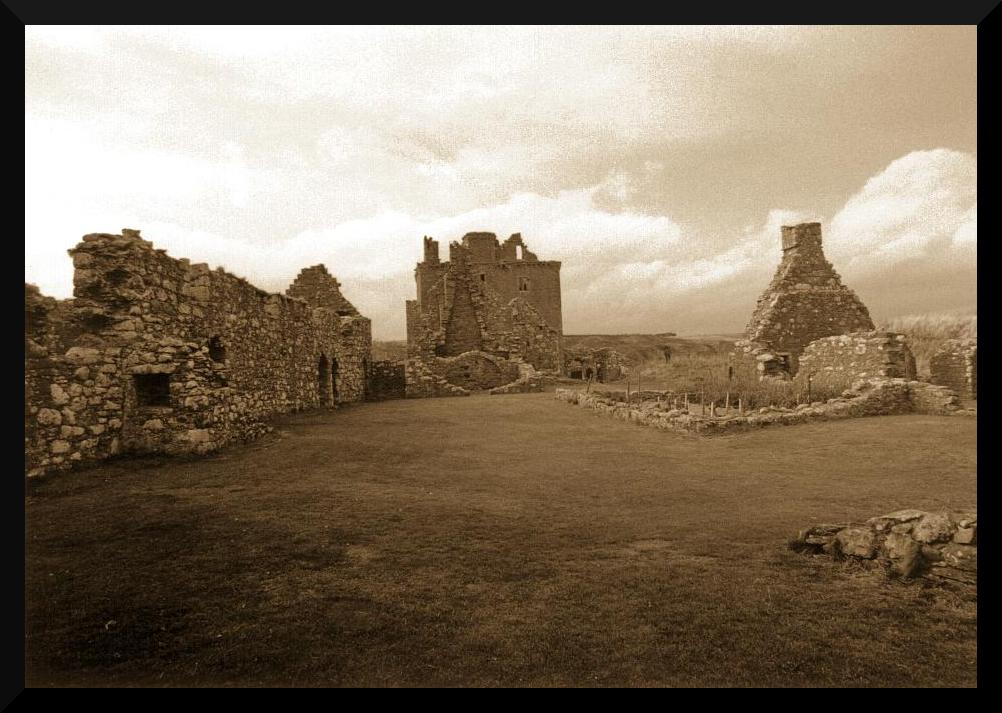 6/16 The courtyard looking towards the smithy. 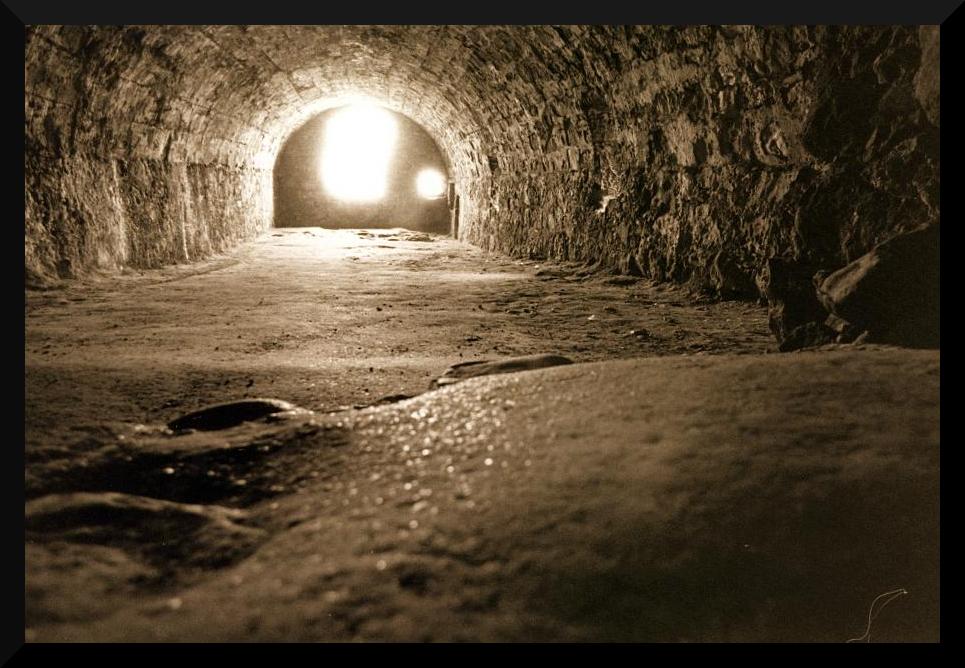 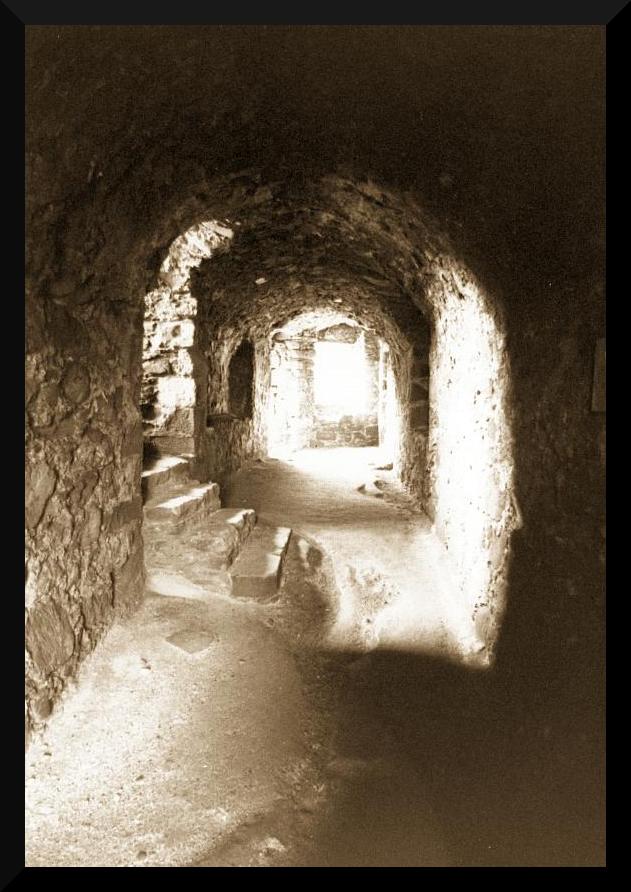 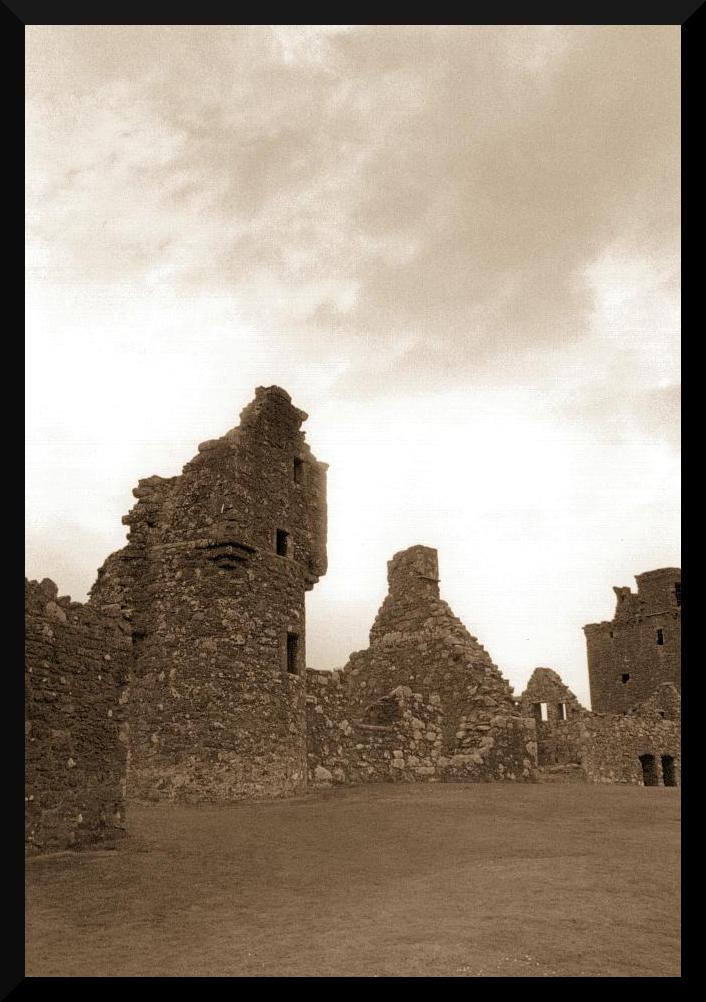 9/16 Ruins of the residential area. 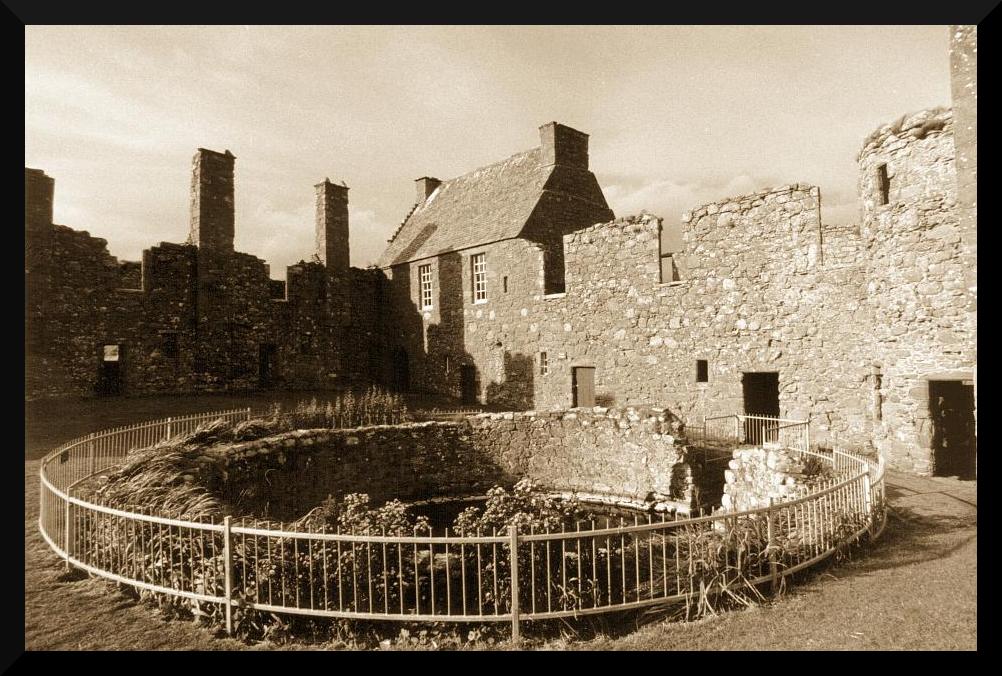 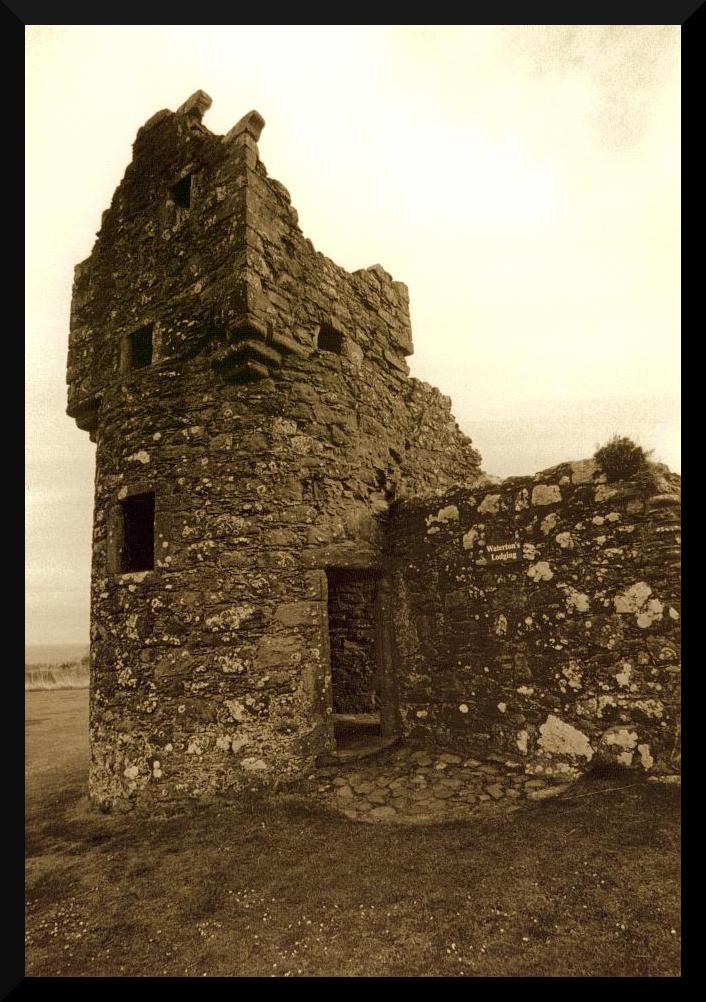 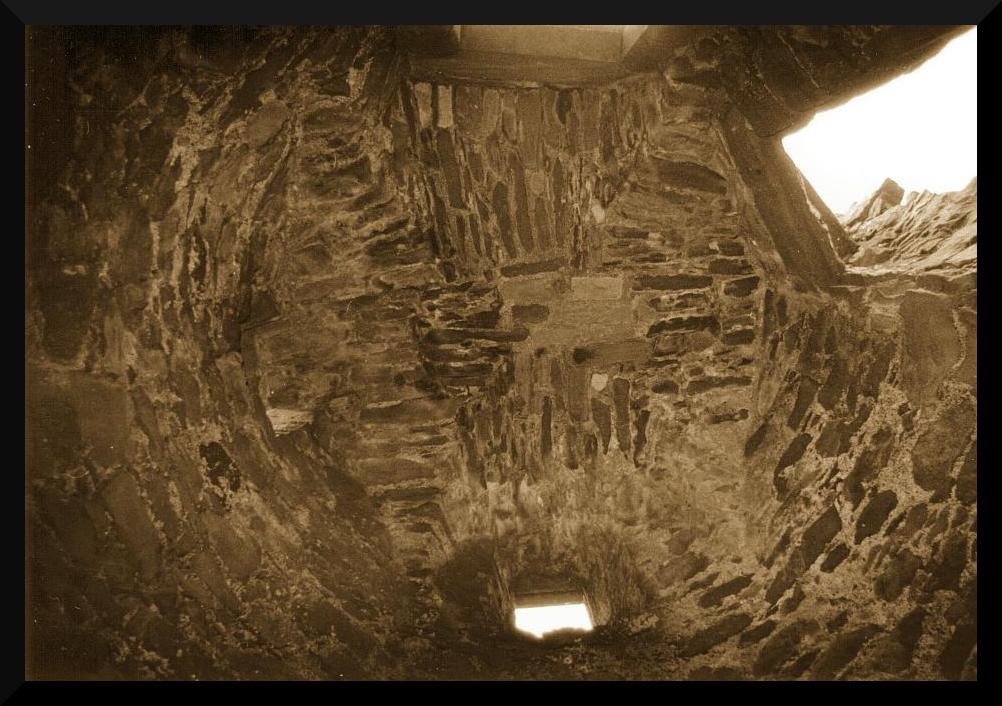 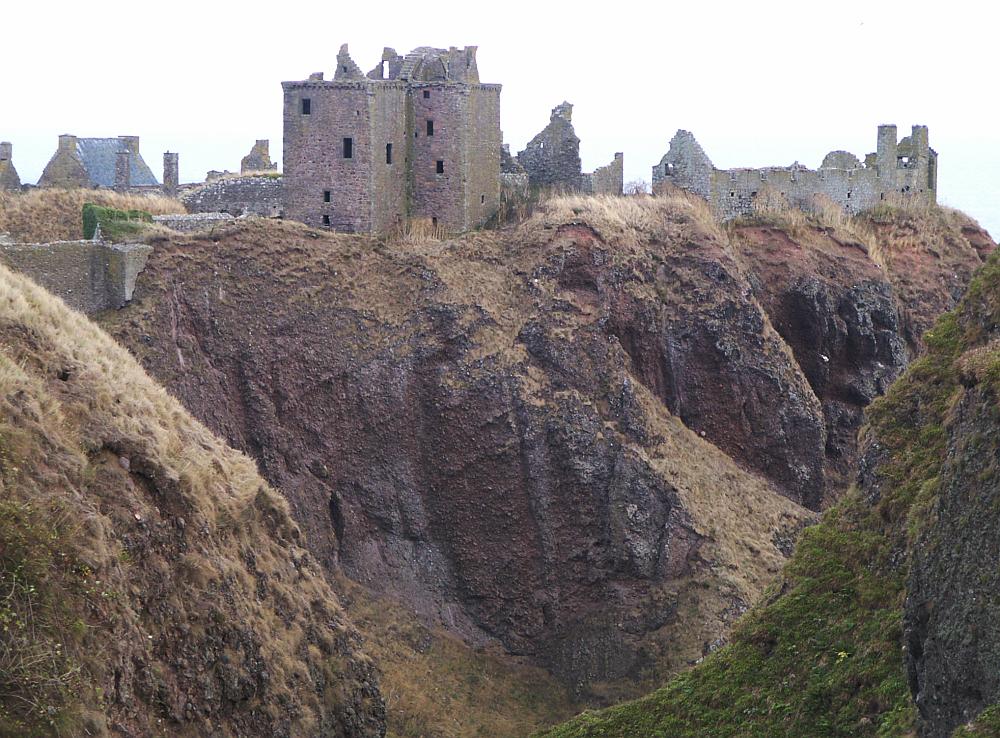 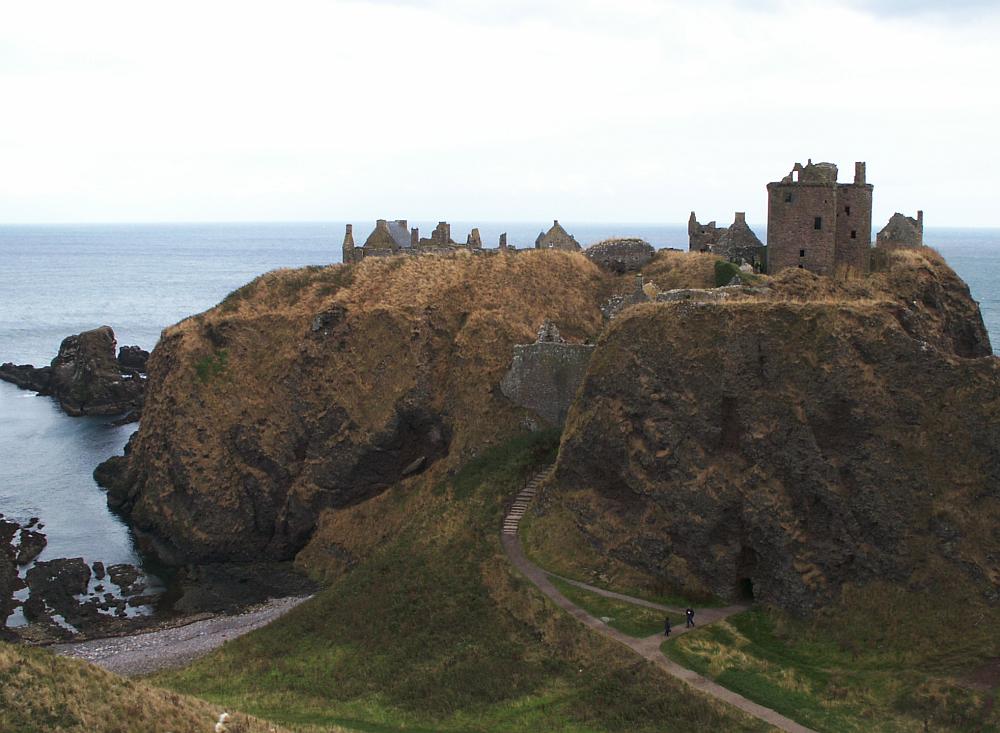 14/16 The castle from the west, looking out to the North Sea.

15/16 The remains of barracks and the chapel within the castle. 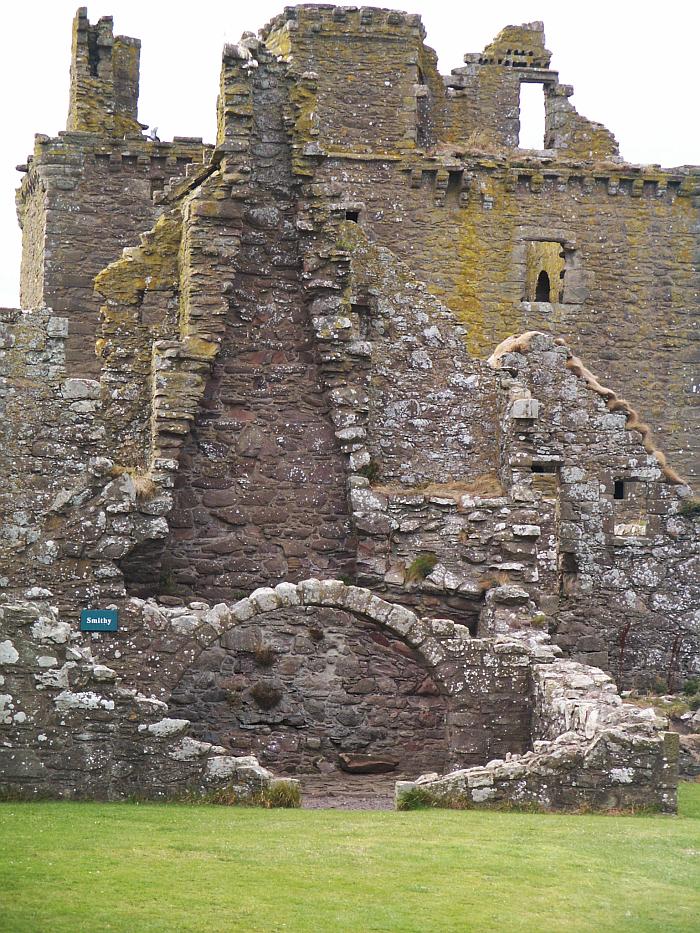 16/16 The ruins of the smithy.
Previous Next