At the tip of Aikerness at the north of the mainland of Orkney is The Broch of Gurness.

Excavations of a very large mound on the site began in the late 1920s; these excavations revealed the broch and a complex of buildings around the broch that were used and reused, demolished and rebuild, over a very long period dating from a time contemporary with the broch until the Viking age.

Whilst the broch can't be dated precisely, it is thought to have been constructed during the first century BC and would have stood some twelve metres high or more. By the third century AD it had been converted to domestic rather than defensive use.

Around the broch is a small village of houses. Or rather, several small villages of houses built one on top of the other. These houses have not been fully excavated, as access to some of the lower levels would require destruction of the buildings at the upper levels.

Undoubtably the village had Nordic connections: it is thought that a large rectangular building was a Norse long house, and there is the grave of a wealthy woman—dated to around the ninth century AD—and some of the personal belongings burried with her are clearly norse. Some of these finds can be seen in the Tankerness House Museum in Kirkwall.

There is evidence of Pictish presence at Gurness...a bone knife handle was found at Gurness which has an ogam inscription, as was a stone carved with Pictish symbols. Nearby—on the sands of Evie—was found a fragment of a Pictish symbol stone.

1/18 Panoramic view showing the ditch around the broch and village. 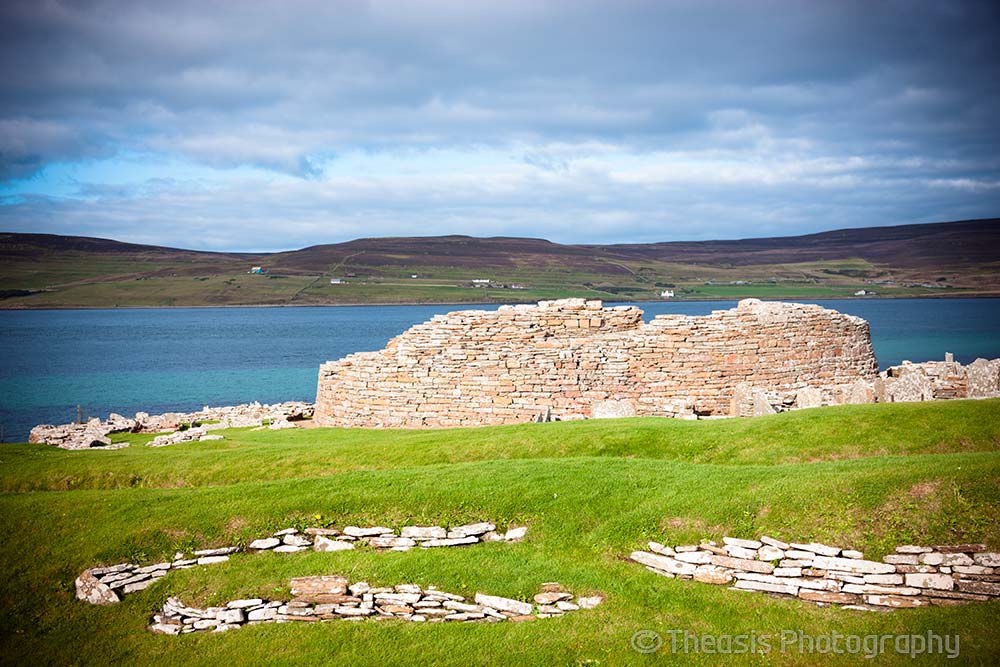 2/18 Looking northeast with the island of Rousay behind the broch. 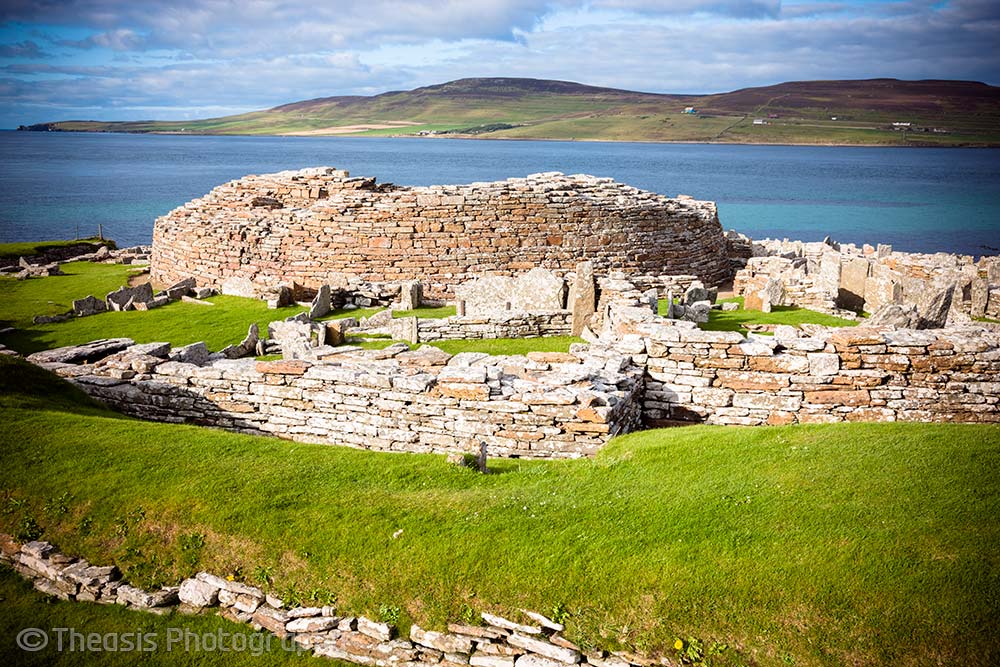 3/18 Looking north with the island of Rousay behind the broch. 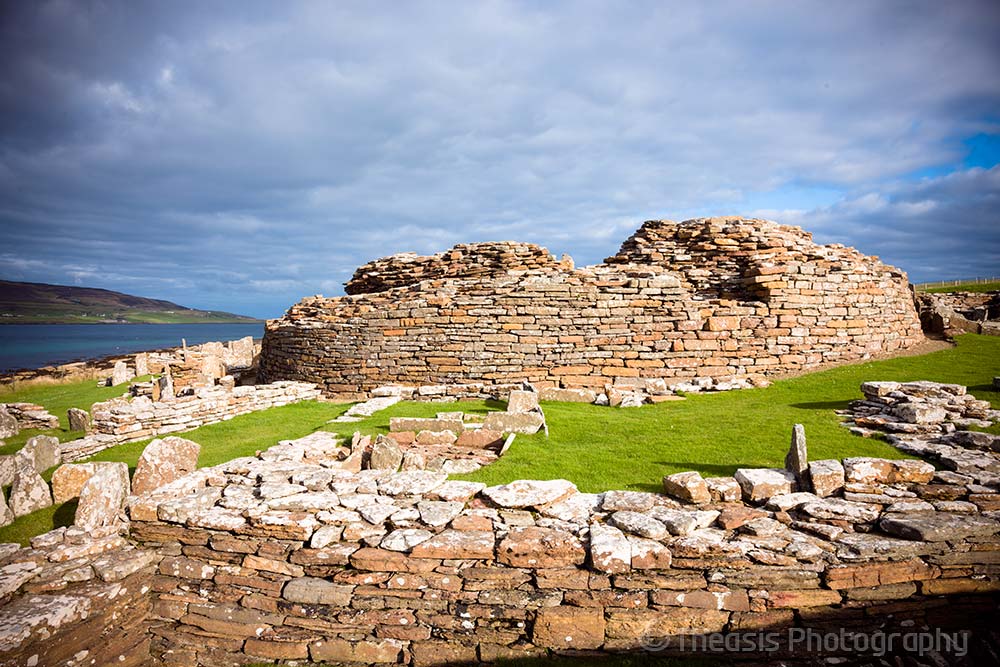 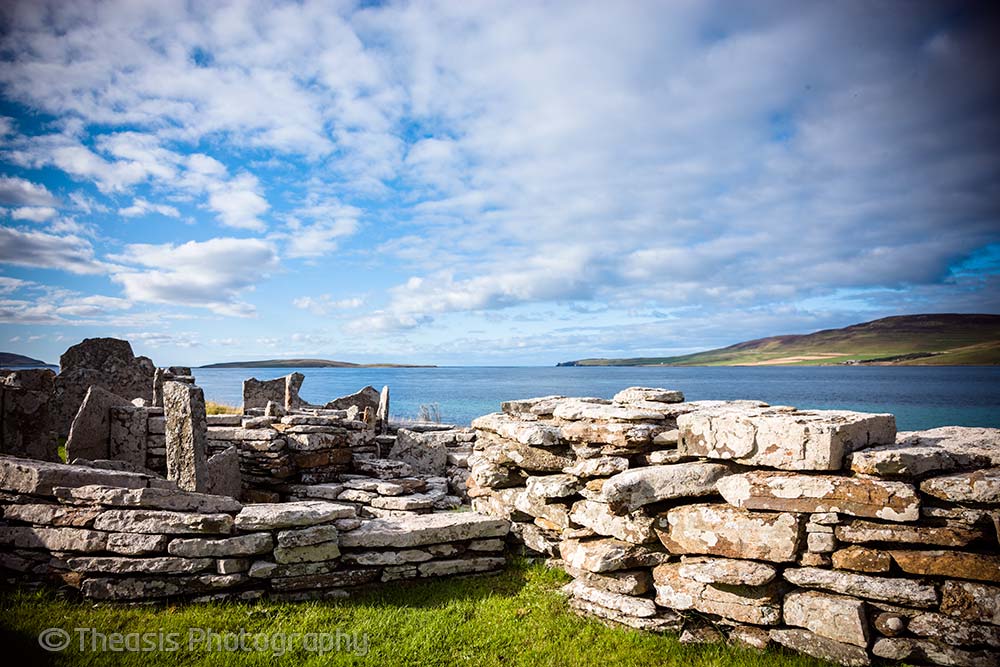 5/18 Looking northwest with the islands of Eynhallow in the sound and Rousay to the right. 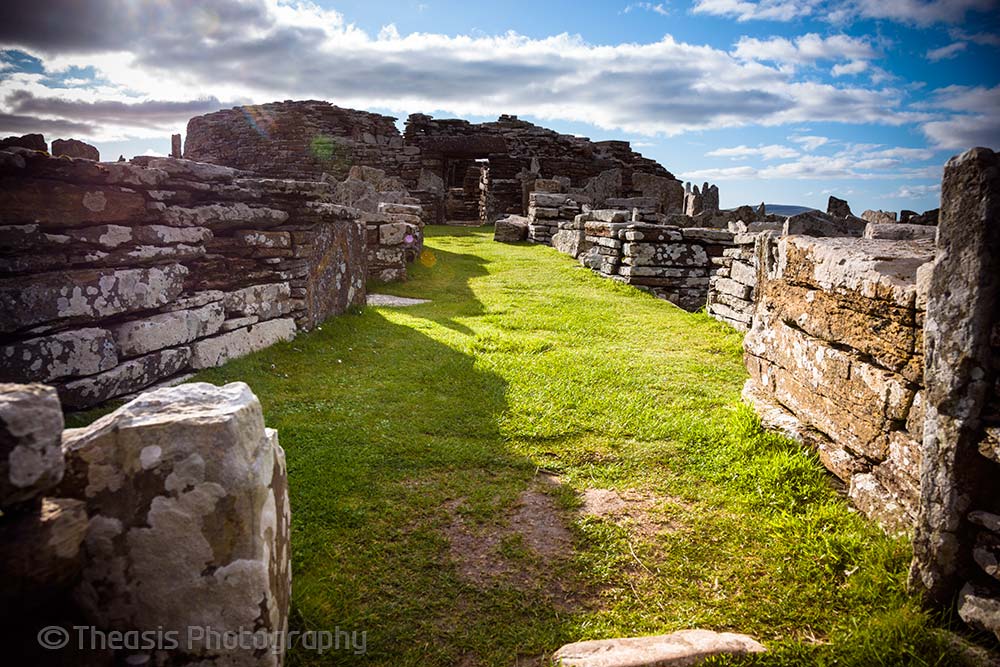 6/18 Looking west into the entrance to the broch. 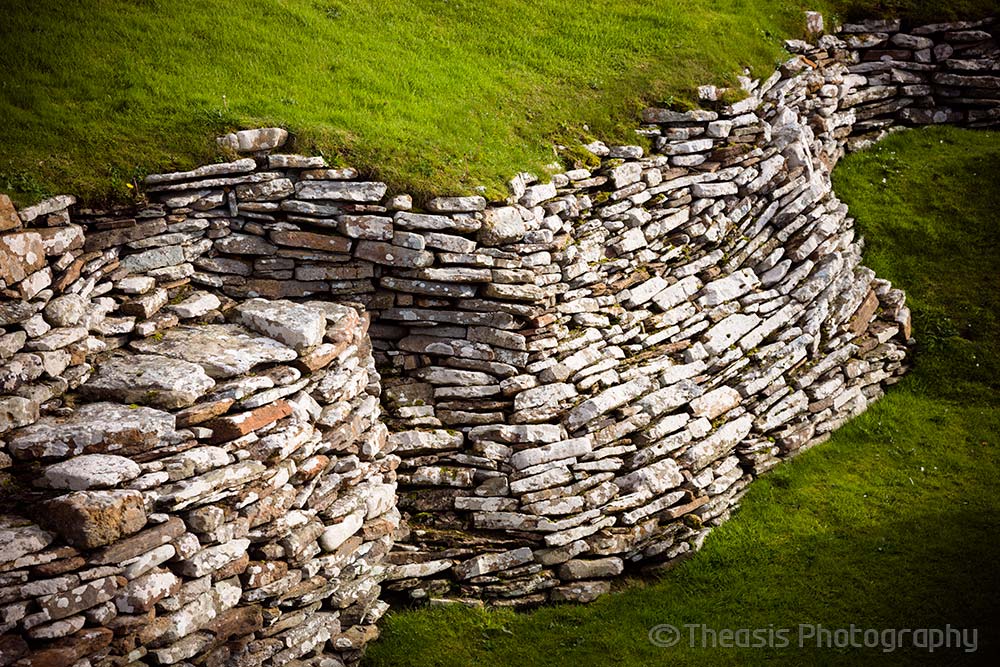 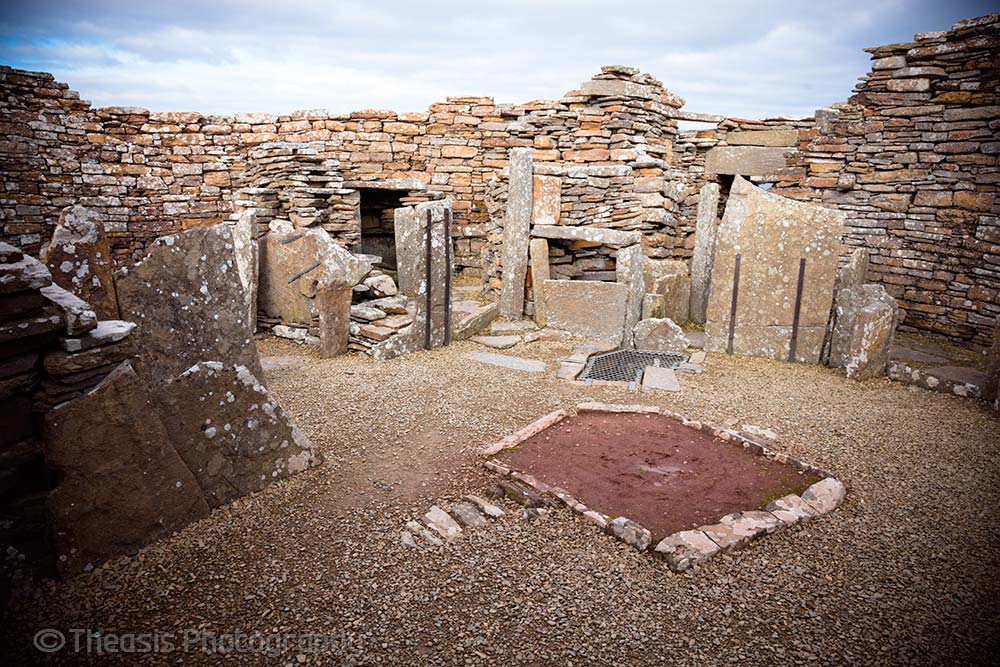 8/18 Inside the main broch tower with a large hearth in the middle of the floor. 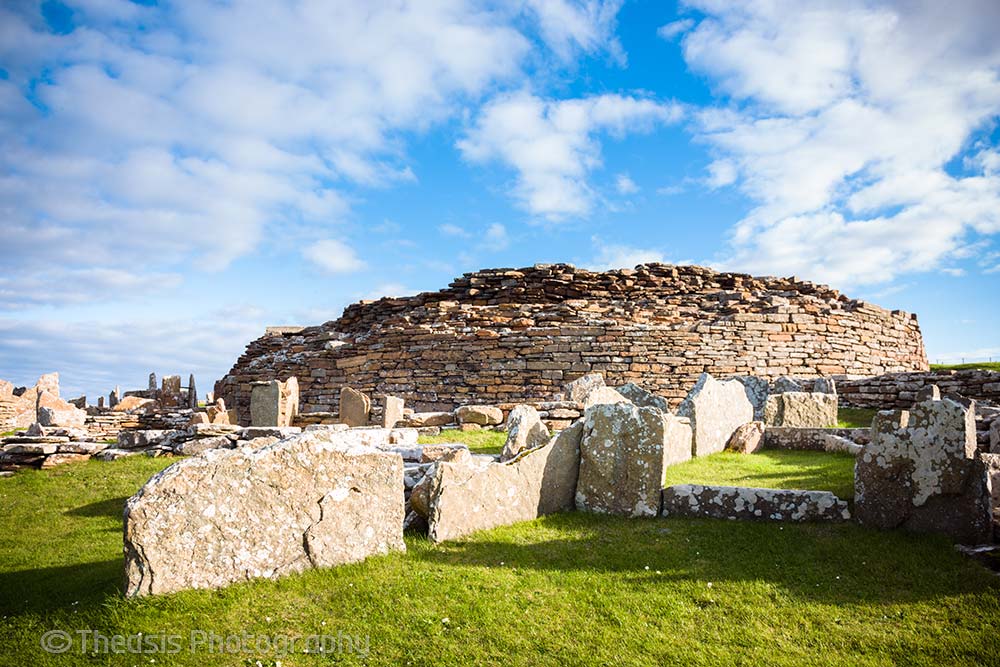 9/18 The remains of the broch tower from the village. 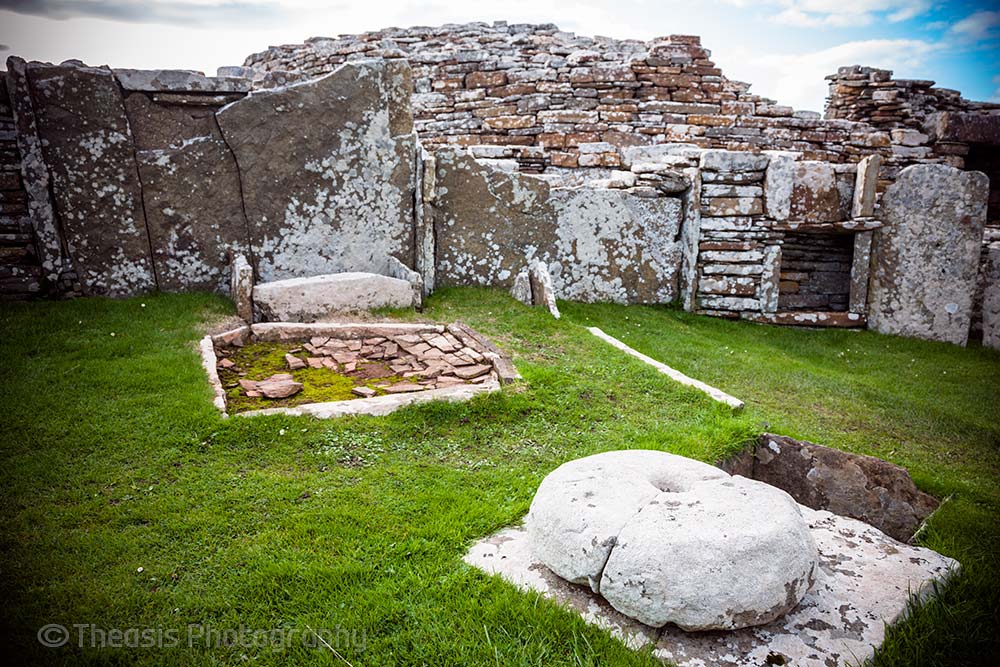 10/18 Inside one of the houses with quern stone, cistern and hearth. 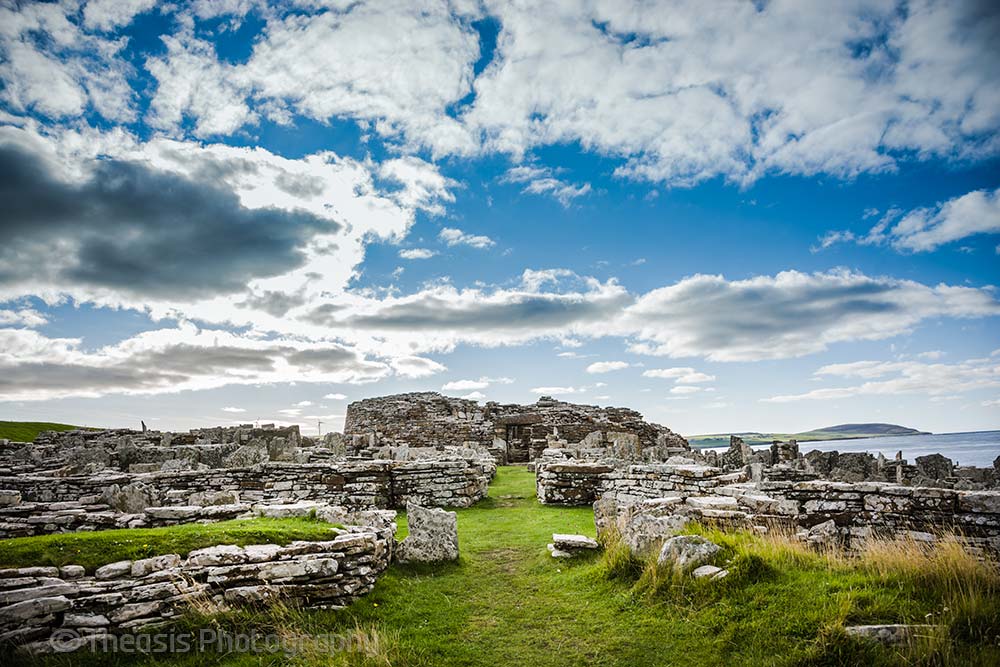 11/18 Looking west into the entrance to the broch. 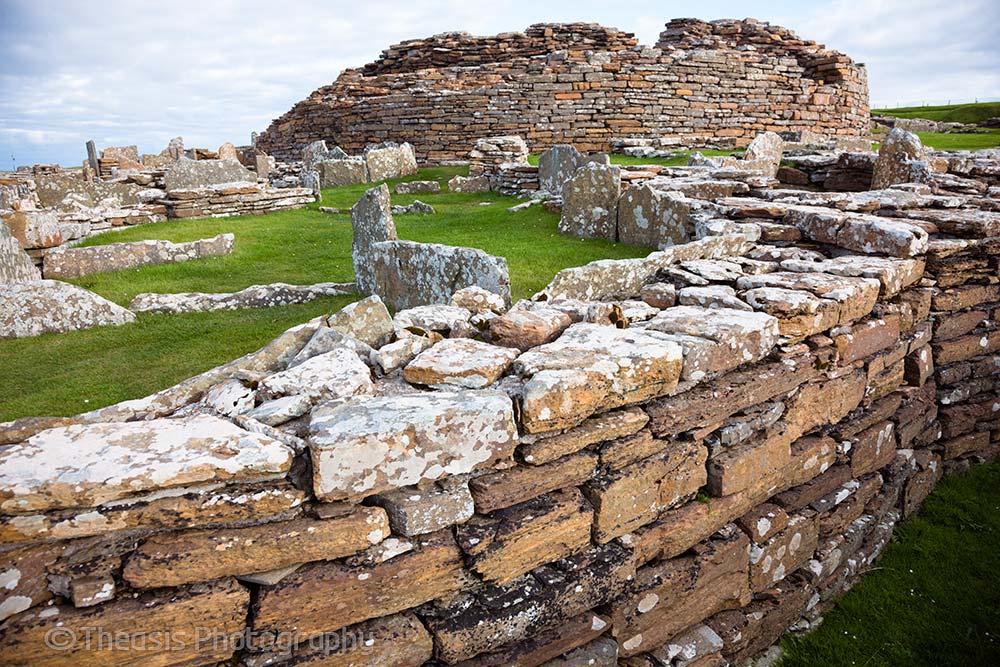 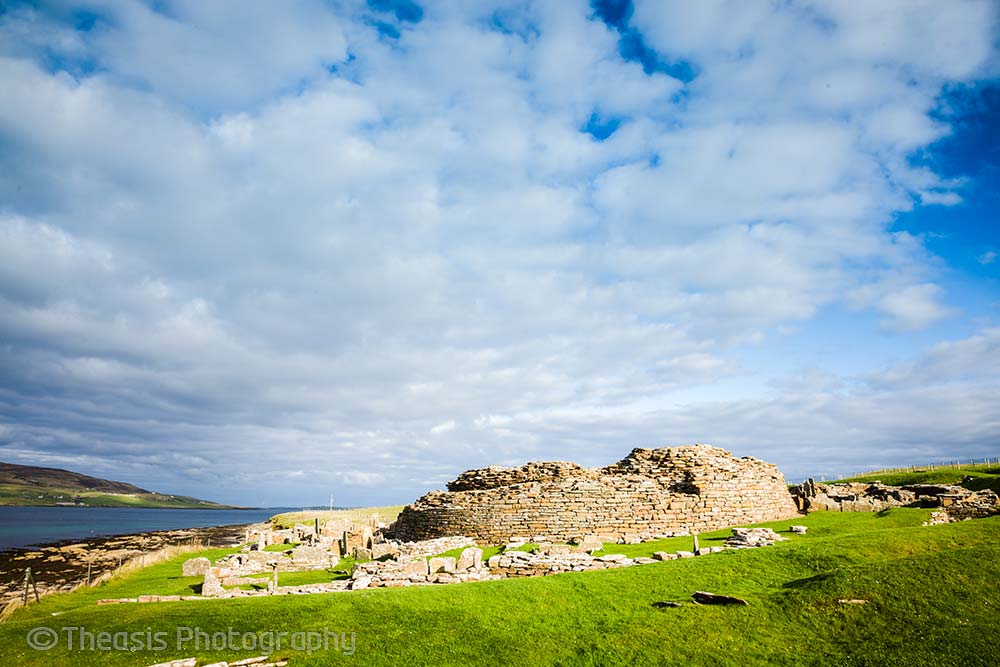 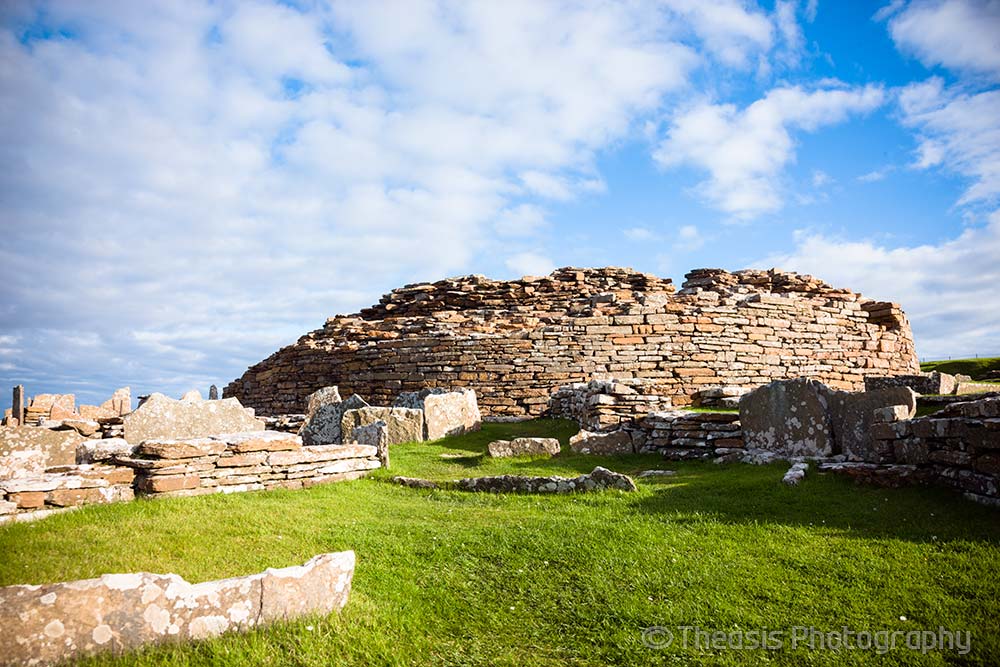 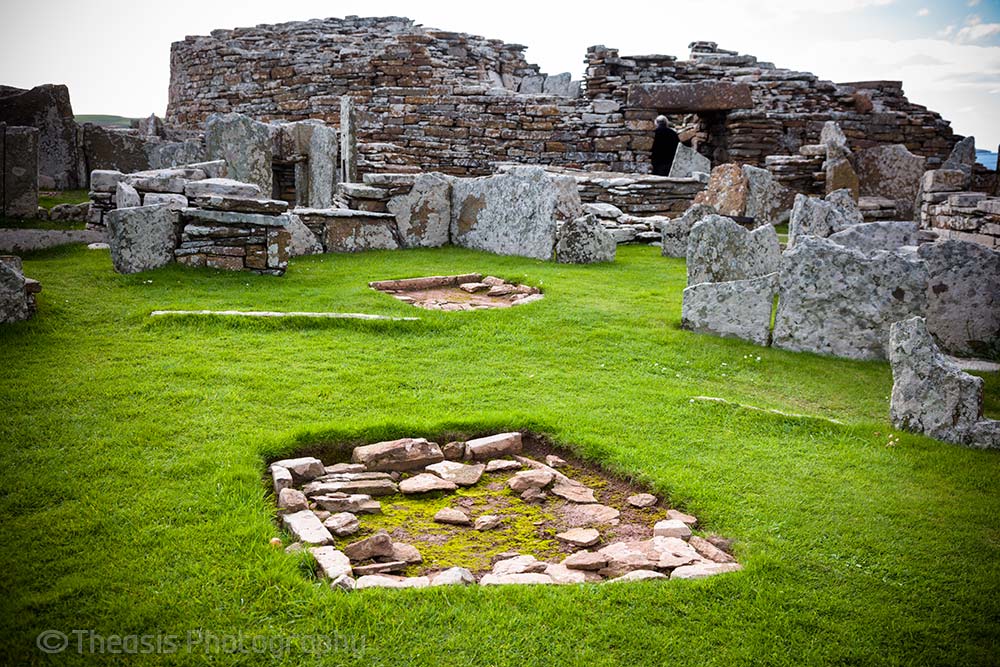 16/18 Looking west into the entrance to the broch 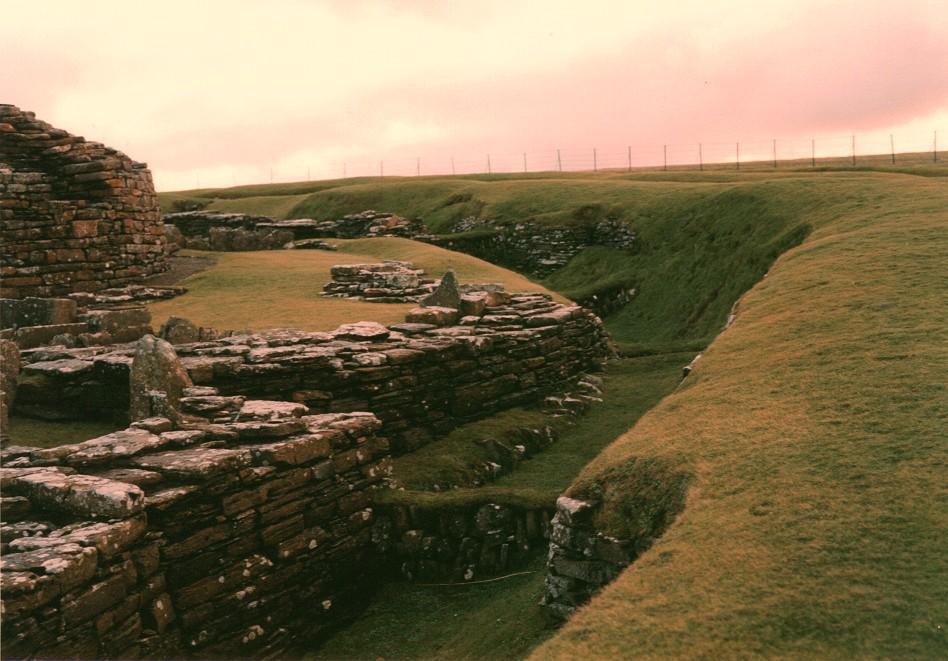