On Moyne Moor near Neilston, west of Glasgow, lie seven stone slabs five to six feet long and two to three feet wide. They appear to be in two short, closely spaces rows of three and four stones.

These are known as the Covenanters' Stones as a local tradition has it that these are the graves of seven Covenanters. However, there is little evidence to support this.

The site has also been described as a fallen stone circle about 25 feet in diameter. 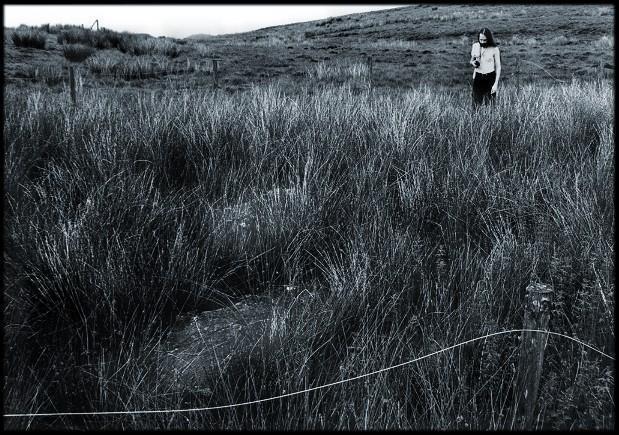 1/4 Two stones are visible slightly left of centre. A third is in line behind these but lost in the long grass and reeds. The chap in the picture stands by a fourth stone. Three others, also hidden by the vegetation, lie between him and a point off the lower right edge of the picture. 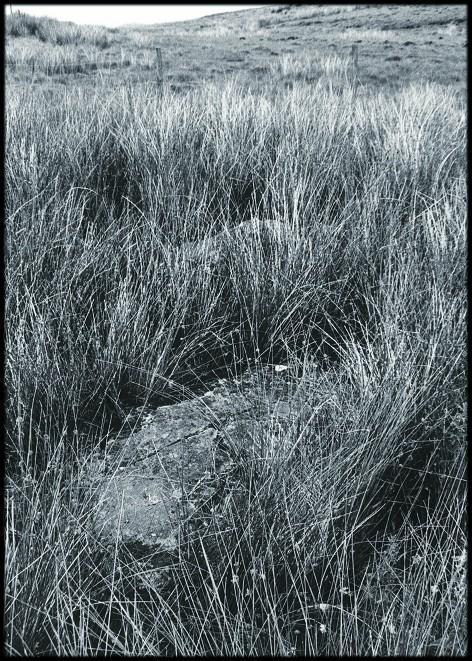 2/4 A slightly closer look at those two stones 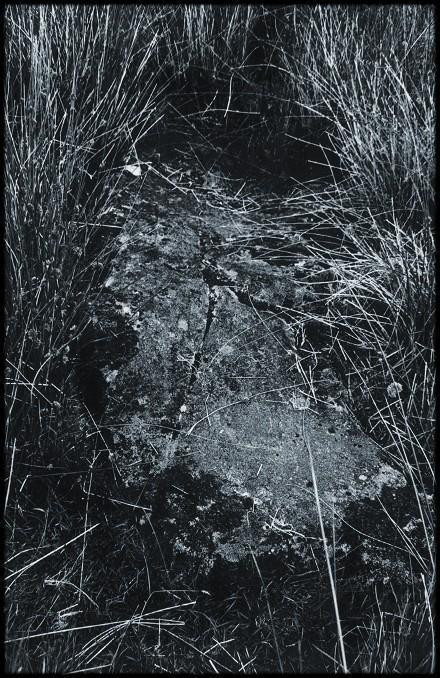 3/4 One of the row of three stones 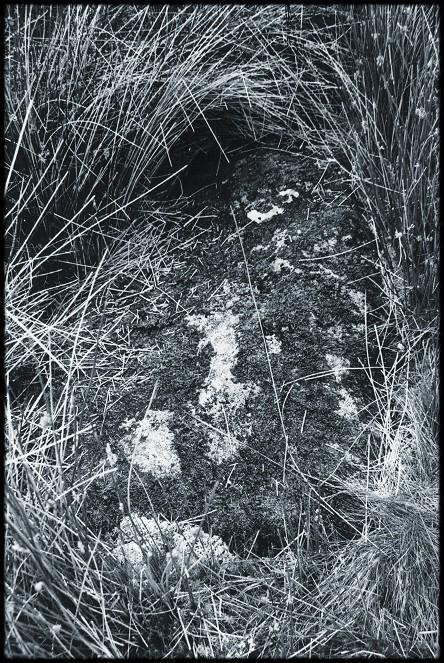 4/4 One of the row of four stones
Previous Next