Fortingall village is north of the north end of Loch Tay, not far from Aberfeldy. To the east of the village is a close grouping of three stone circles.

Two of the stone circles were originally thought to be four-posters, with the stones being river-smoothed boulders about twelve feet in diameter and up to four feet in height. Later excavations revealed that both of these circles were made up of eight stones. The smaller stones had likely been pushed over in the 19th century -- a good clue to this being the presence of a Victorian beer bottle under one of the stones!

The third circle is believed to be the ruined remains of a recumbent stone circle, although the three remaining stones lie in a line which would make the ring different from the "standard" Aberdeenshire recumbent circles. 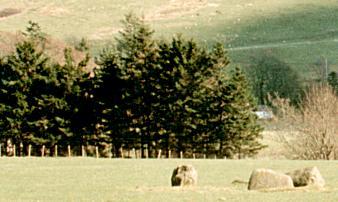 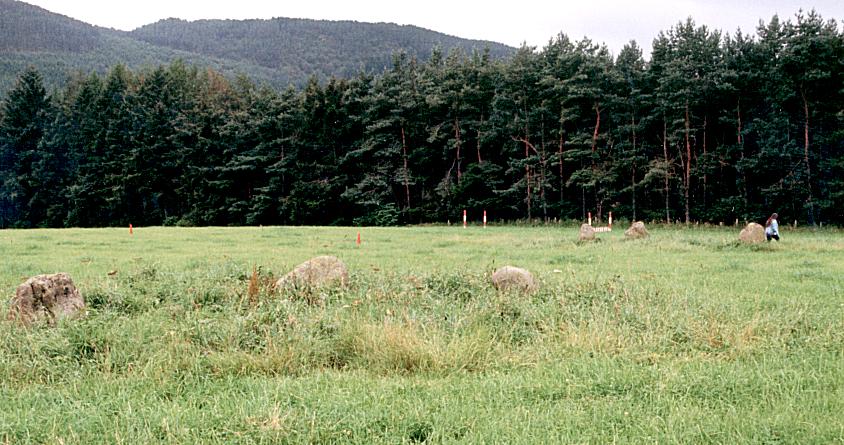 6/10 The position of the fourth "corner-stone" of this group is represented by the convenient megalithic yardstick. 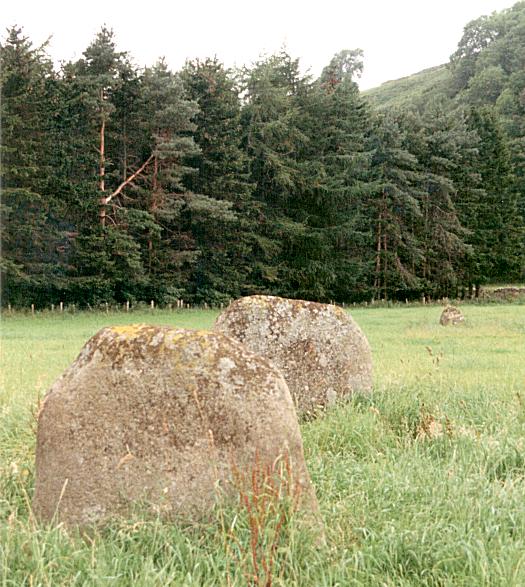