In the saddle between Cairnharrow hill and Cambret Hill near Kirkcudbright, and surrounded by a heathery bog, stand this stone circle and cairns.

The stone circle is about 75 feet in diameter. Eleven sandstone slabs remain, although many stones have been removed from the south and east arcs of the ring. The tallest stone is about four feet high, the remainder being just two feet tall or less. It has been suggested that these stones form the remains of a kerb cairn, but their regular spacing and the lack of stones within the circle suggests that they were constructed specifically as a stone circle.

Just a few feet to the north of the circle is a well preserved cairn over ten feet in height and more than sixty feet in diameter. At the centre of the top of the cairn is a hollow containing the remains of a cist.

A little further to the south is another cairn and cist, although this has been extensively robbed and hardly any of the mound remains. 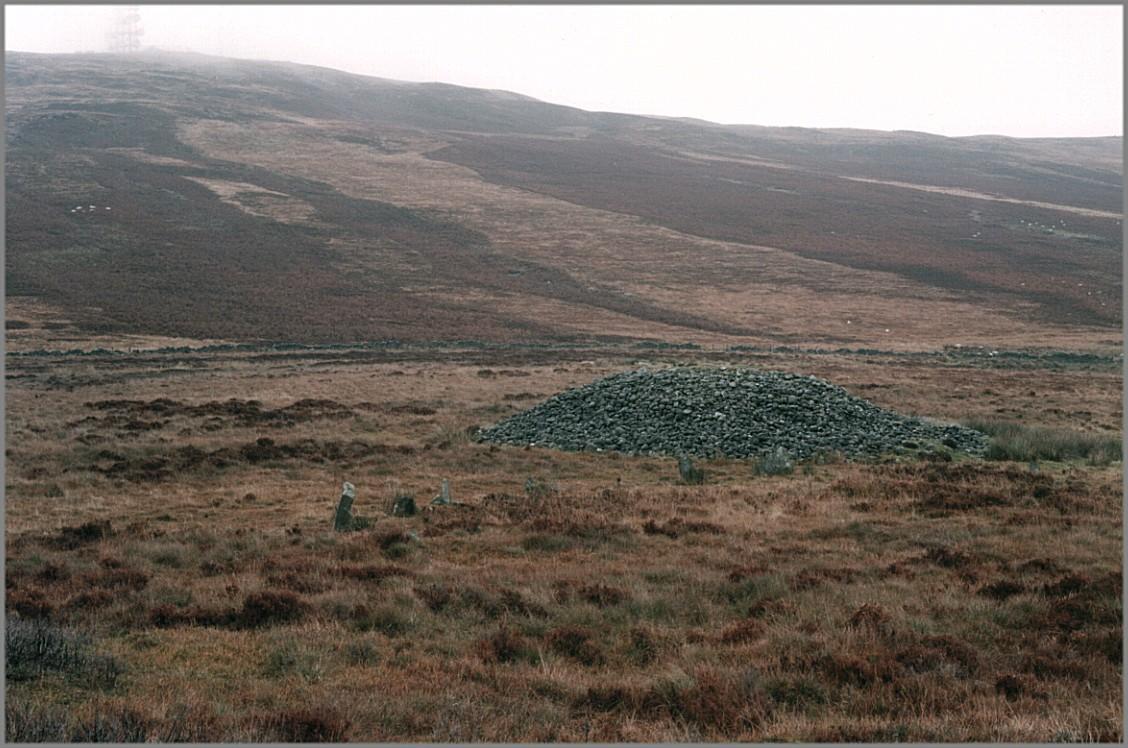 1/8 Looking north. In the foreground is the stone circle. Immediately behind is the large cairn. 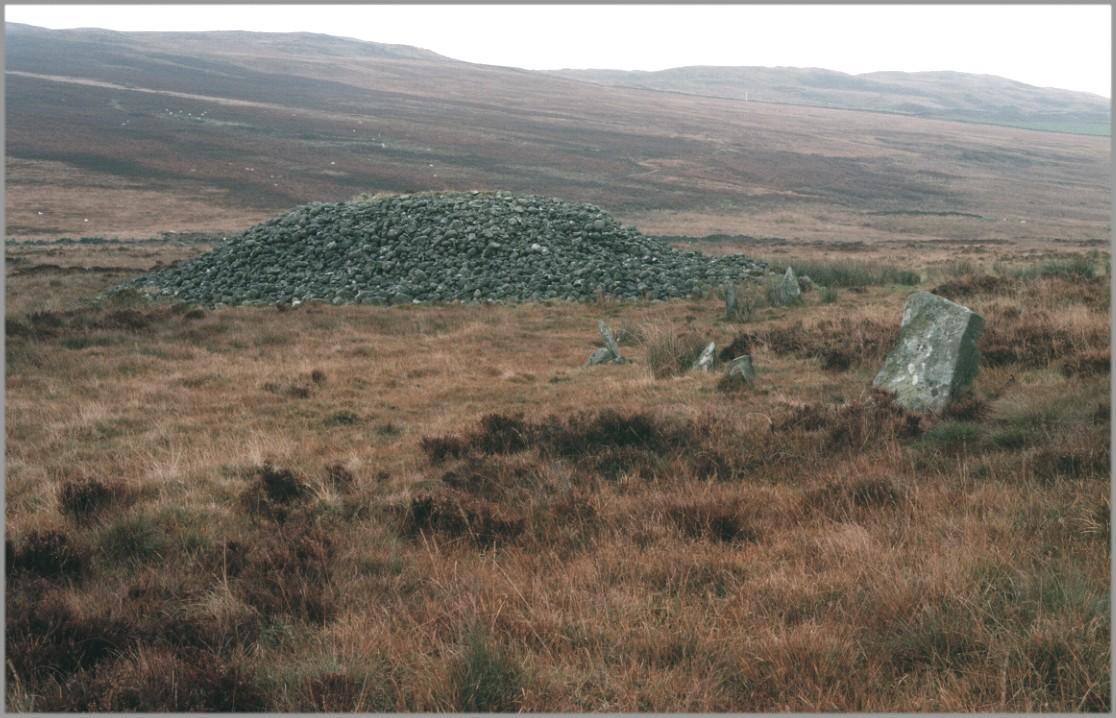 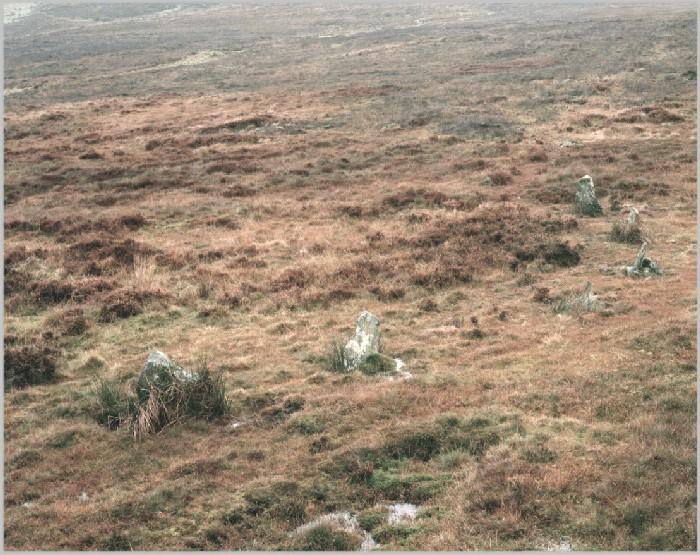 3/8 Looking down on the stone circle to the south. 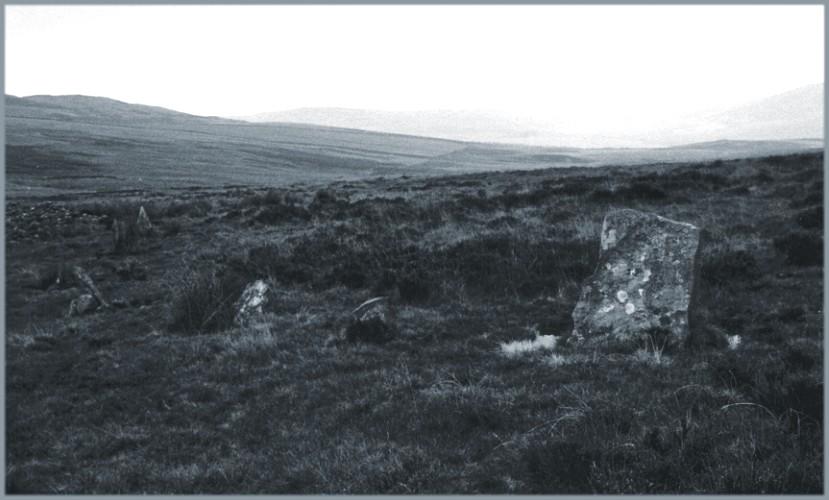 4/8 The northwest arc of the circle, seen from the southwest. 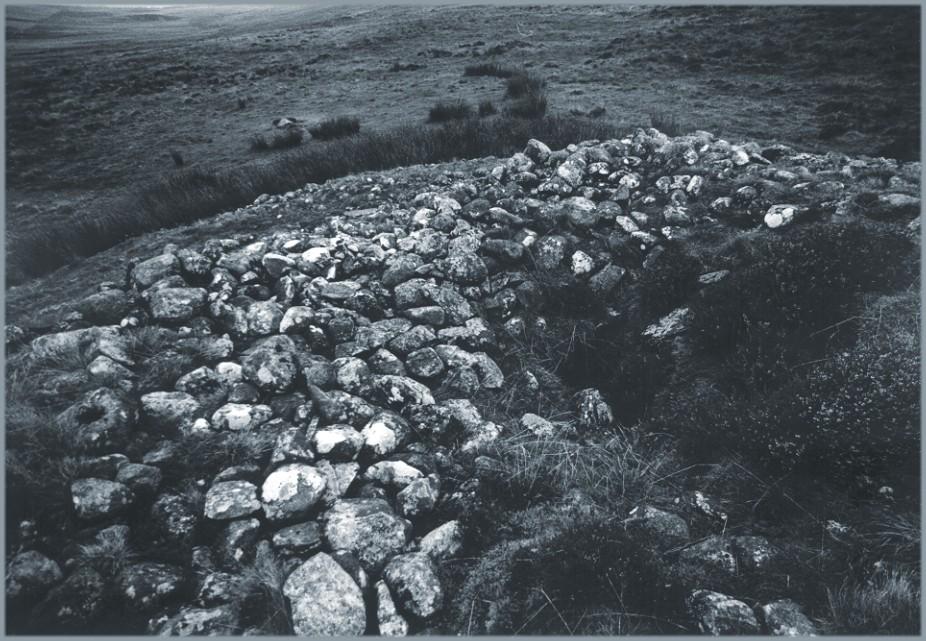 5/8 The top of the cairn. The dark area at the centre-right and lower-right of the picture is a depression from where stone has been robbed. It reaches down to a cist within the body of the cairn. 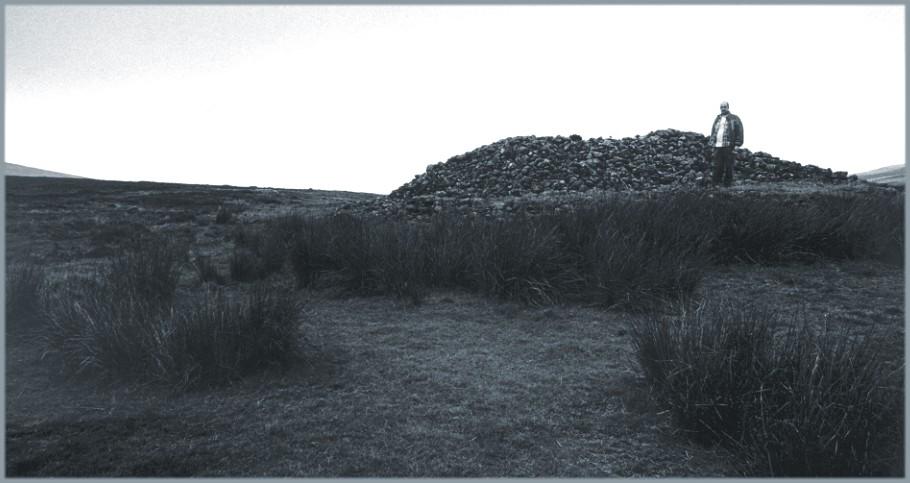 6/8 The cairn, looking southwest. The yardstick is five feet nine inches tall and is standing on an area levelled by robbing about half way up the height of the cairn. 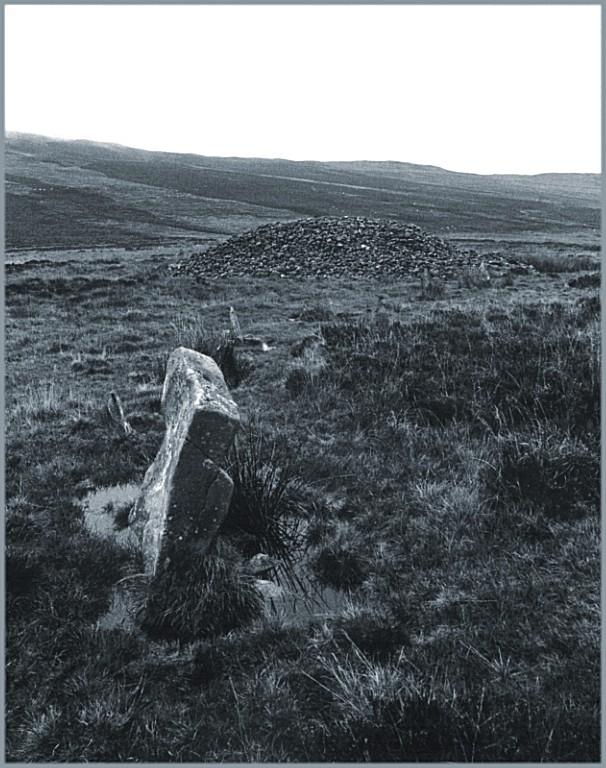 7/8 Another view of the circle and cairn. 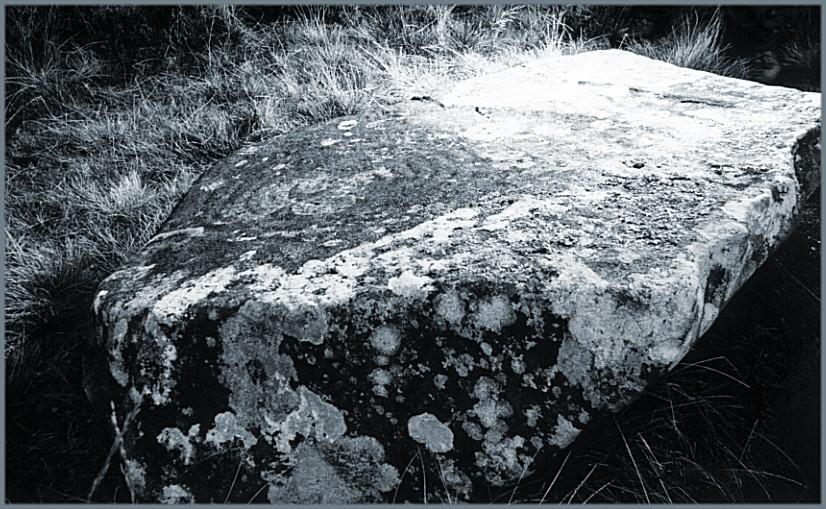 8/8 Across Cauldside Burn and partway up the slope of Cambret Hill is this large boulder with a single cup-and-ring mark. There are at least eight rings around the cup mark reaching a couple of feet in diameter. The carving is heavily weathered and hard to see, hence the awkward angle in the photograph, to catch the light.
Previous Next