This huge cairn, more than 60 metres long and over 2 metres high, is part of a group of cairns known as the Grey Cairns of Camster. Camster Round Cairn is also part of the group and is just a few metres away.

The long cairn lies along the slope of a rise in a boggy area. It was originally two adjacent chambered round cairns. The space between the cairns was later filled with stones and then extended greatly to the south with horned forecourts added at either end. The extension was made with a low wall that disappears at the more southerly of the two original cairns.

The east-facing entrances to the two original cairns are now in a long side of the long cairn. These narrow low passages lead into large chambers. The southern chamber is split into rectangular areas by internal megaliths, whereas the northern chamber is a single polygonal space. 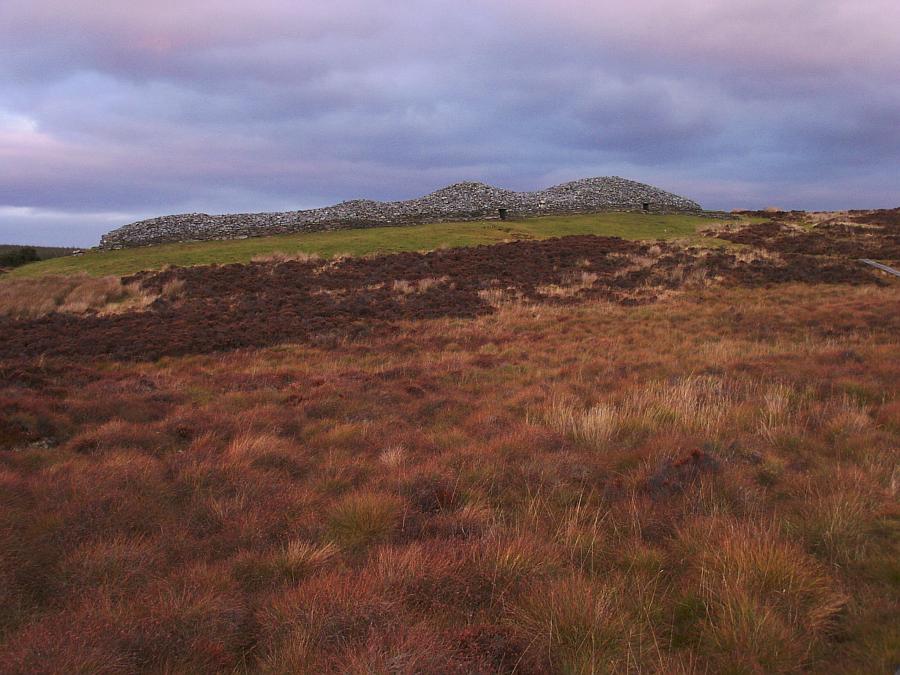 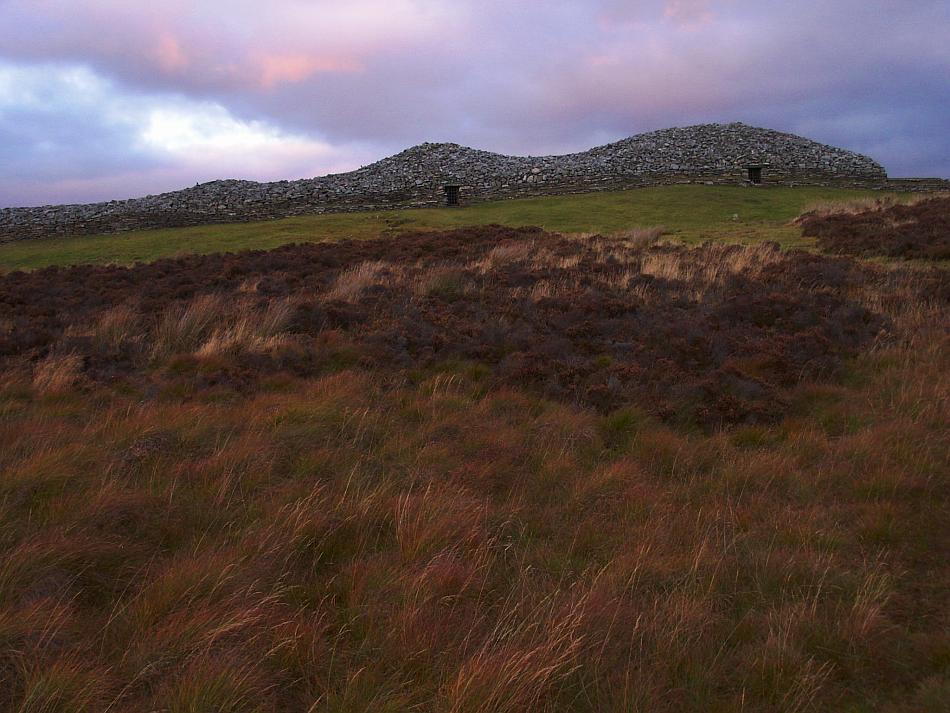 2/19 The north end of the cairn viewed from the southeast. The entrances to the two original round cairns can be seen in this side. 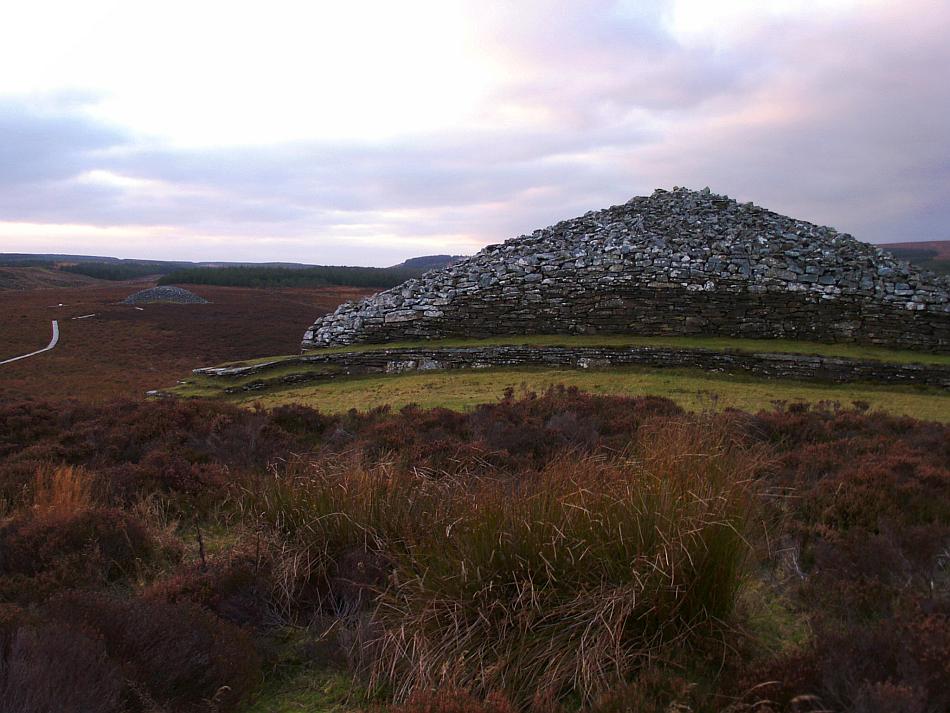 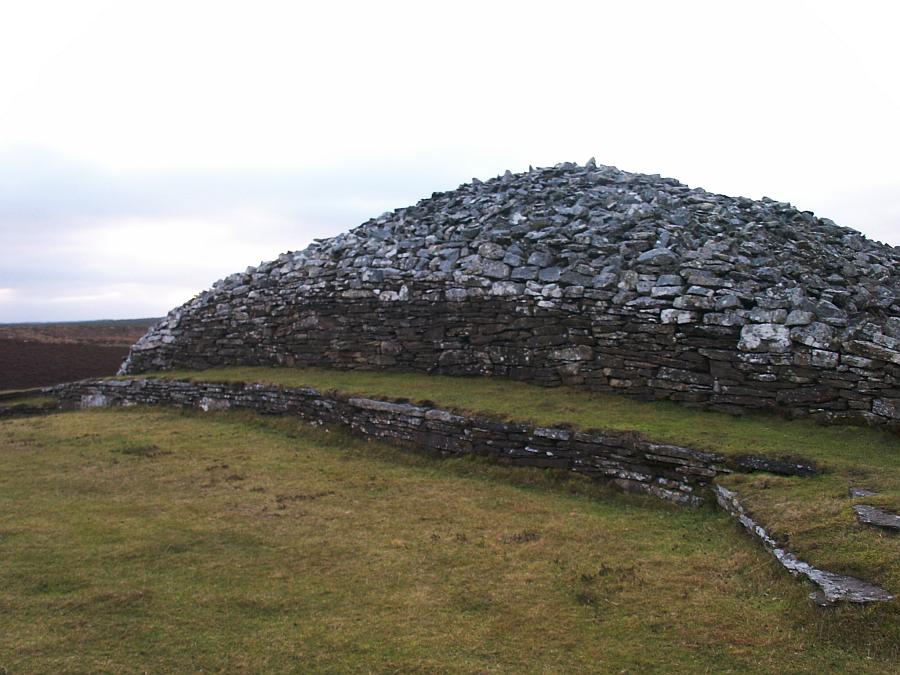 4/19 The north forecourt. When the two round cairns were turned into a single long cairn, horned forecourts were added at the northerly and southerly ends. The remnants of the horns can be seen in the bottom right and centre left of the picture. 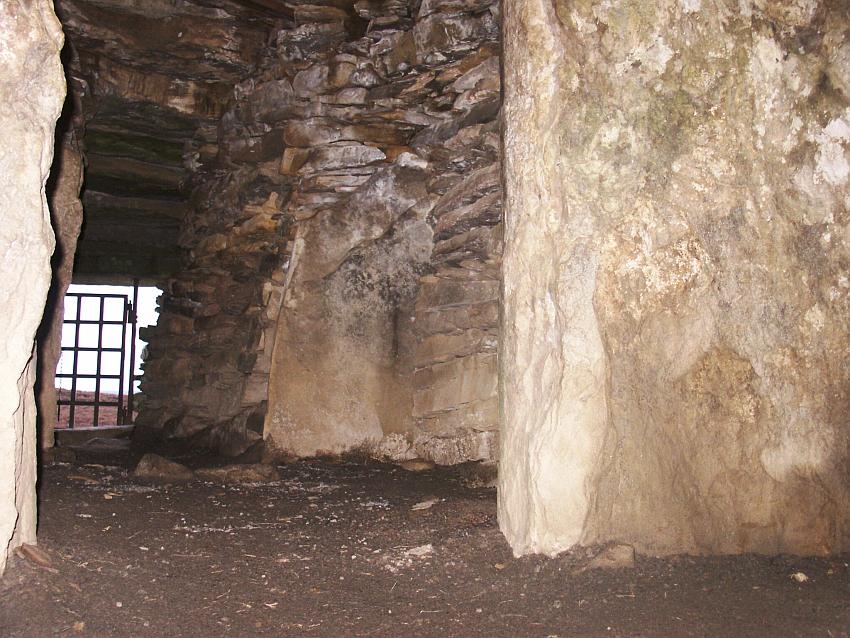 5/19 The entrance passage to the southerly chamber. The large slab in the foreground separates the main chamber from the "ante-chamber". 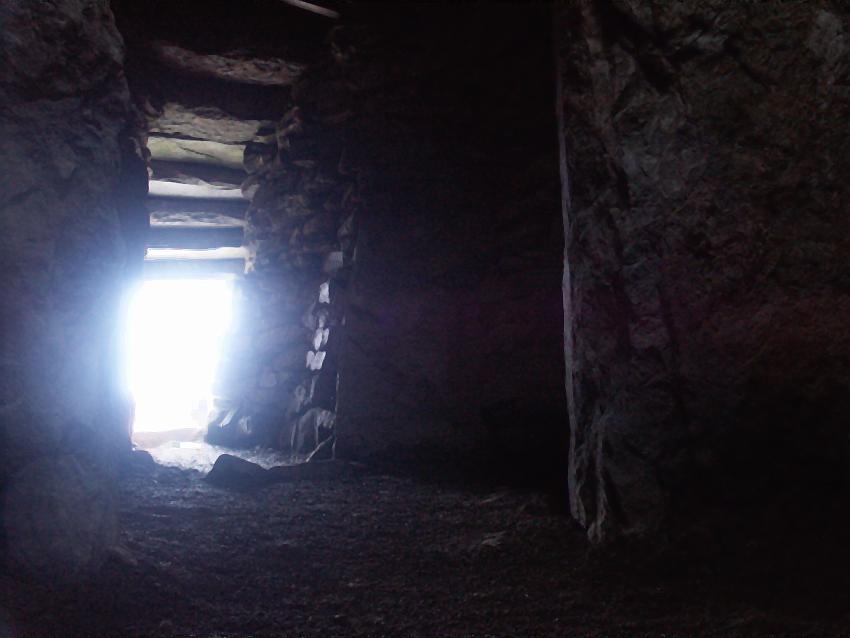 6/19 :The entrance passage to the southerly chamber - natural lighting. 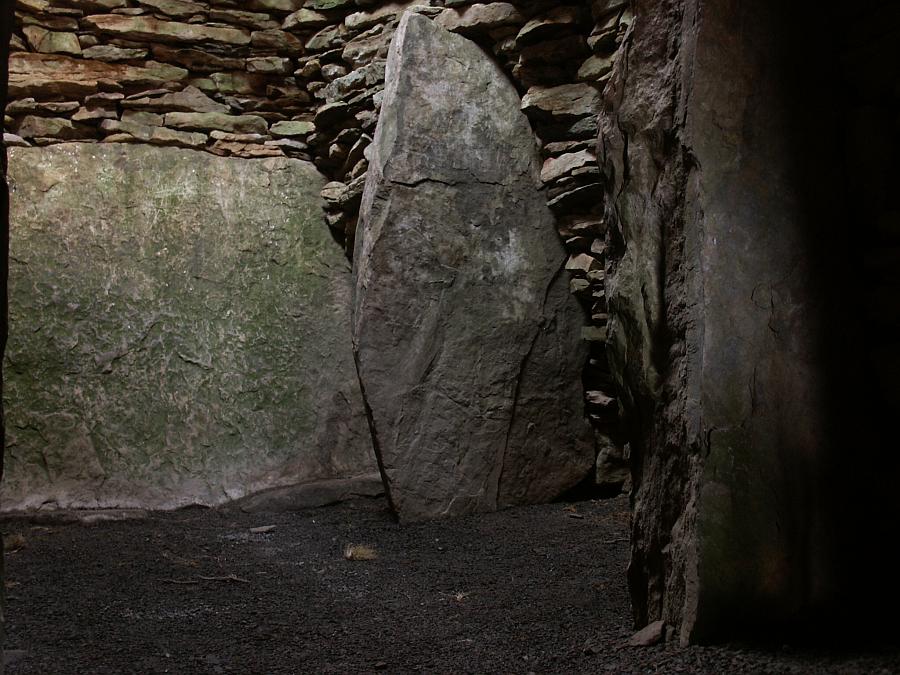 7/19 The back wall of the main chamber of the southerly "sub-cairn". The roughly rectangular shape is defined by a large slab making up the back wall and four upright megaliths in the corners. 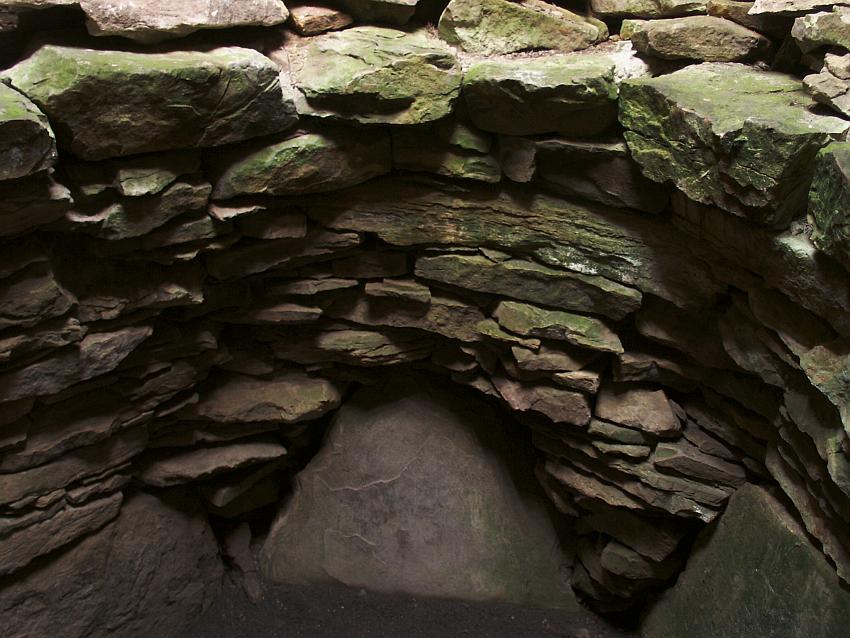 8/19 The back wall of the main chamber of the northerly "sub-cairn". This chamber is rounder than the chamber to the south, with several large slabs making up a significant part of the wall. 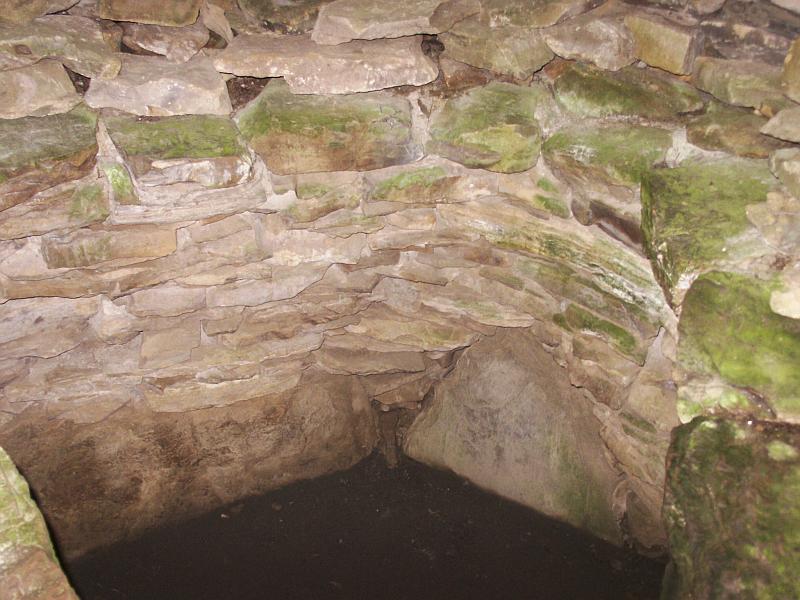 9/19 The back and south walls of the main chamber of the northerly "sub-cairn". 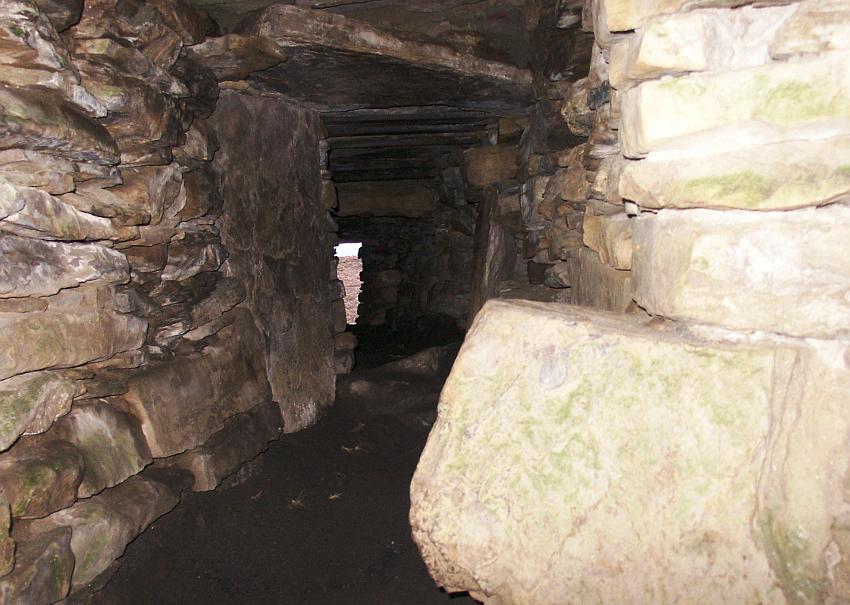 10/19 The entrance passage to the northerly chamber. 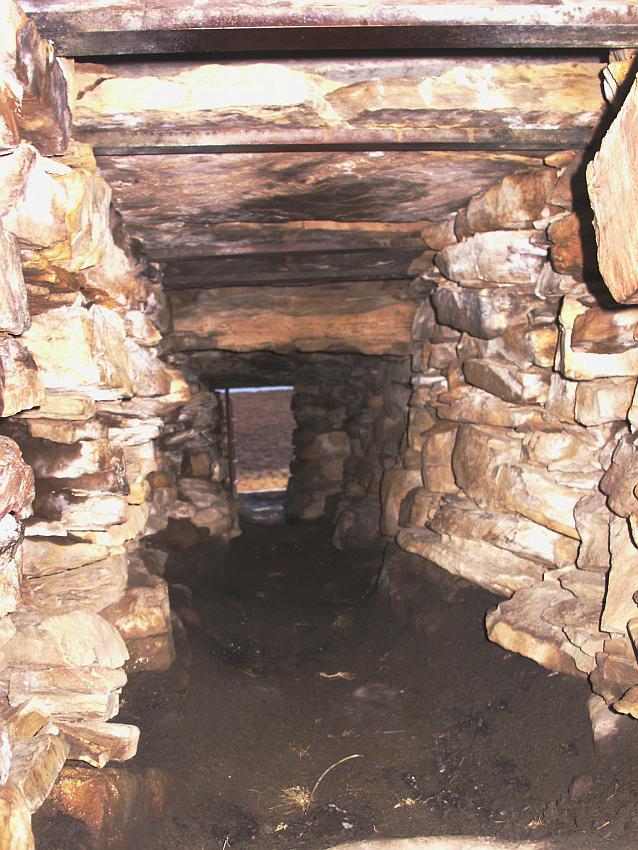 11/19 Further alond the entrance passage to the northerly chamber. 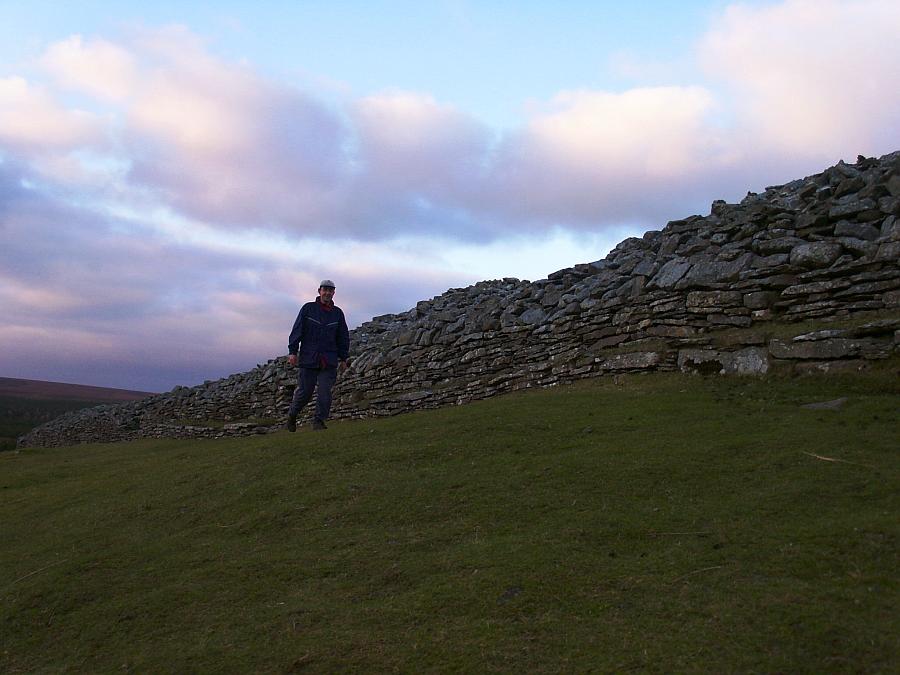 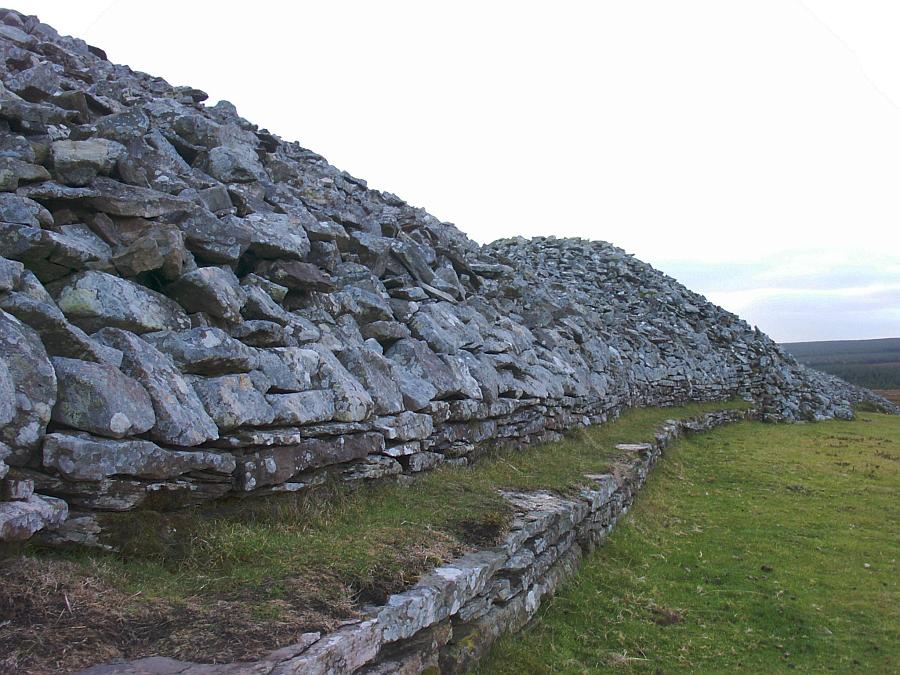 13/19 The west face of the long cairn from the north end. Note the lower wall on which is built the upper wall on top of which is piled the cairn material. Further to the south it can be seen that the original southerly round cairn extended beyond the later additions. 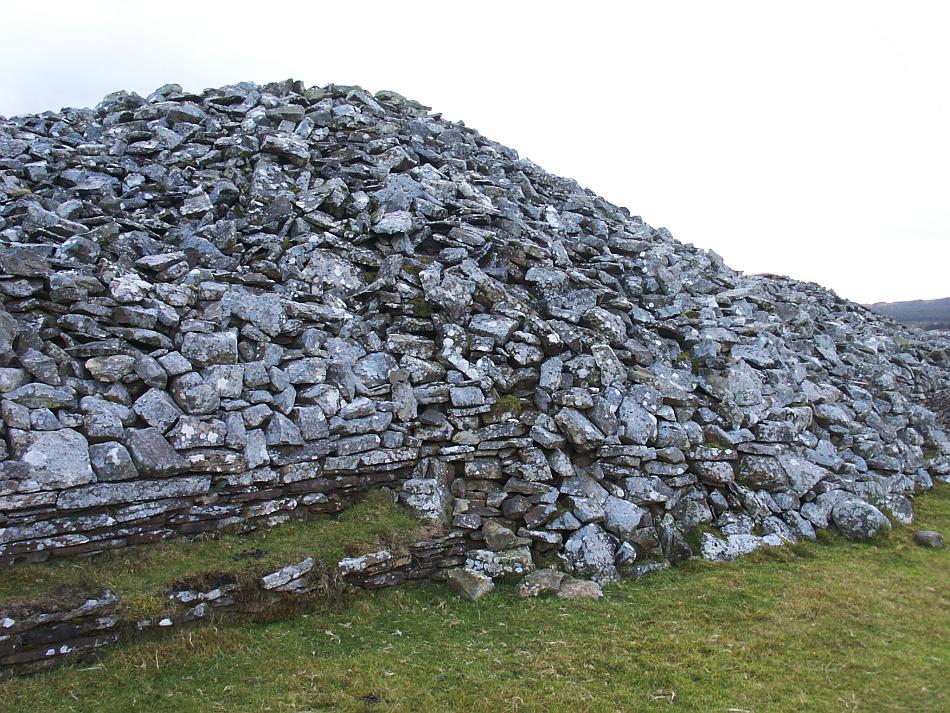 14/19 The remains of the southerly round cairn extend out from the later addition of the walls of the long cairn. 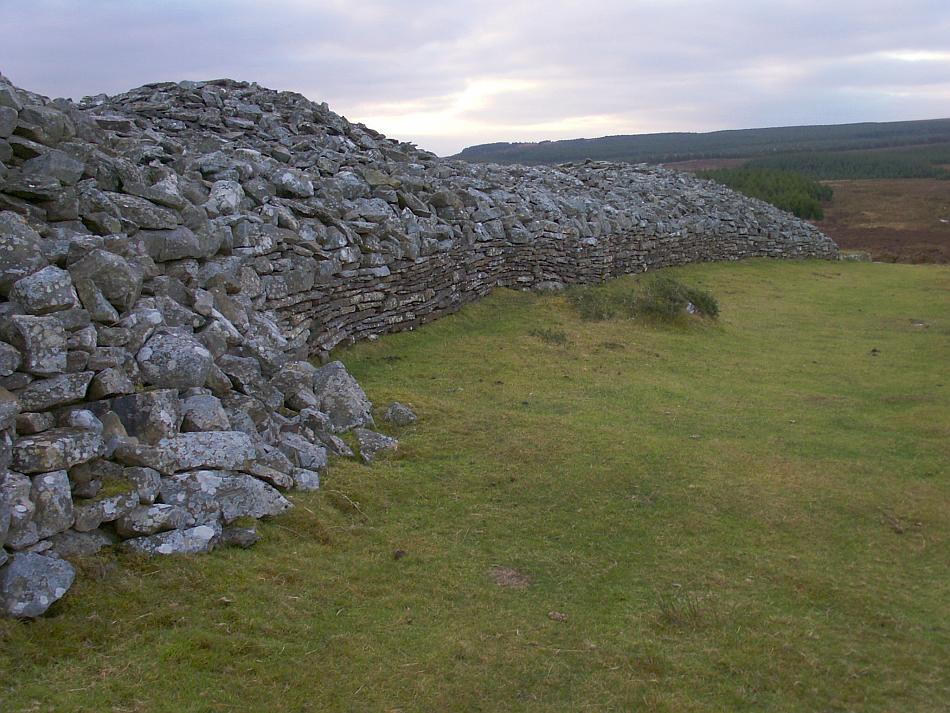 15/19 further south of the original round cairn, the long cairn has just a single wall. 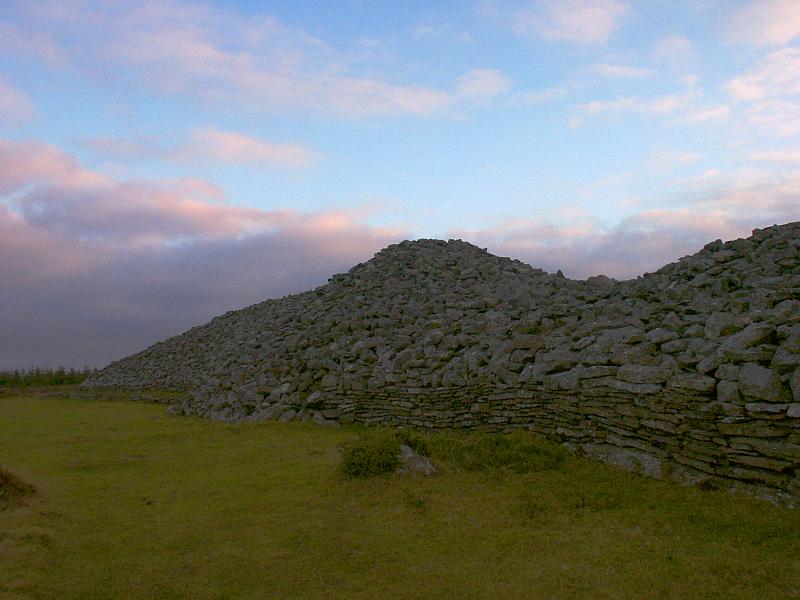 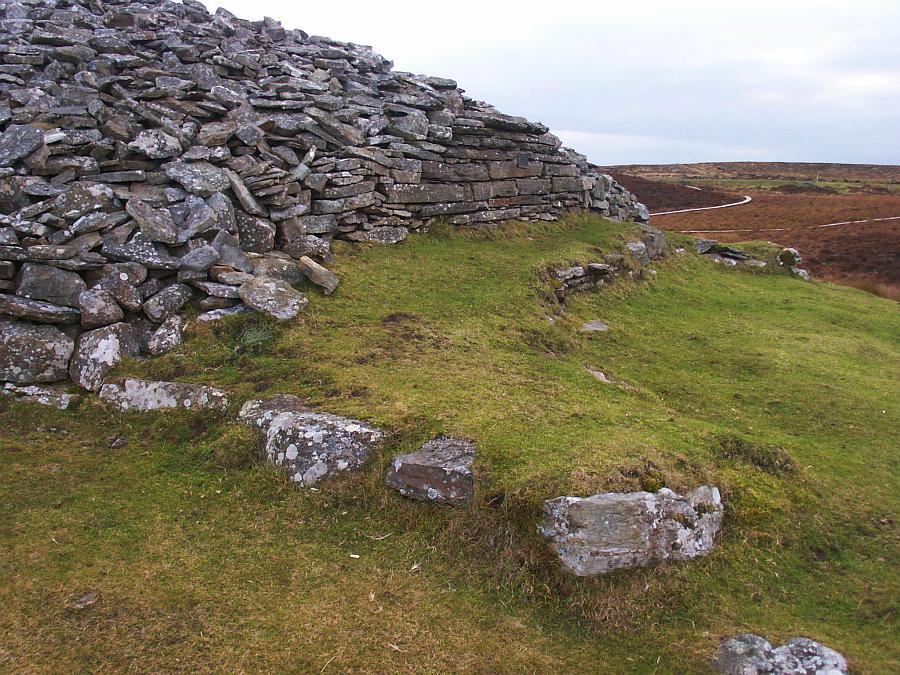 17/19 The remains of the southern horned forecourt. In the distance you can see Camster Round Cairn. 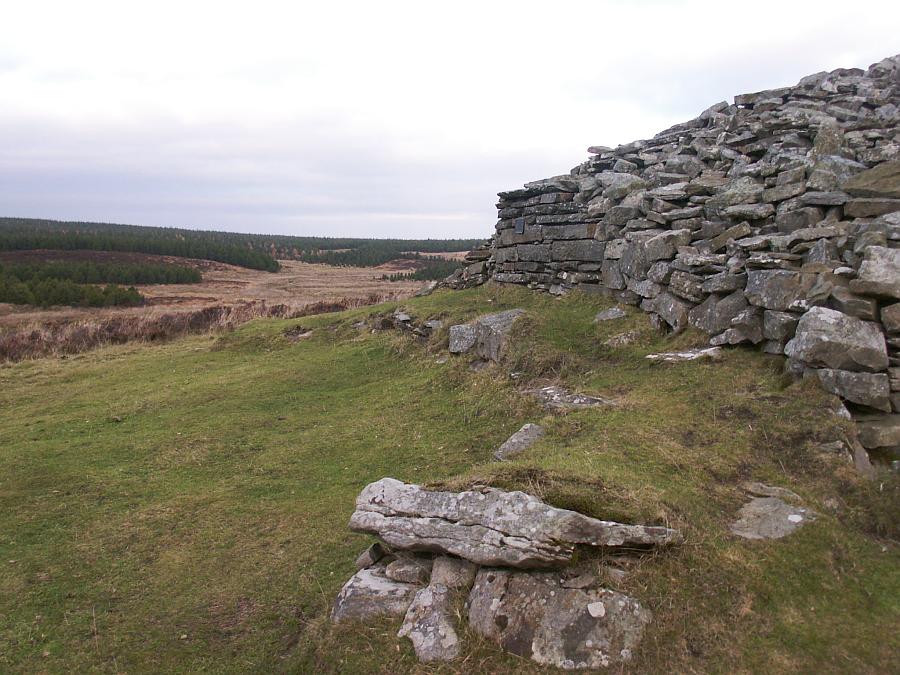 18/19 The remains of the southern horned forecourt from the opposite side. 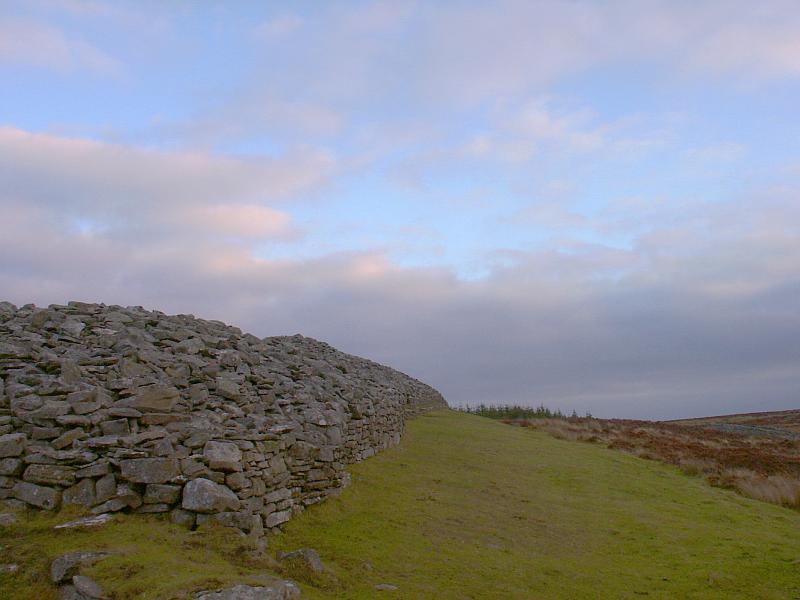 19/19 Looking along the eastern face from the south end.
Previous Next