This is a very unusual site. A row of five stones, each around one hundred yards from the next, are in a straight line running from northeast to southwest.

All but one of the stones, known as the Wallace Stone, has fallen. 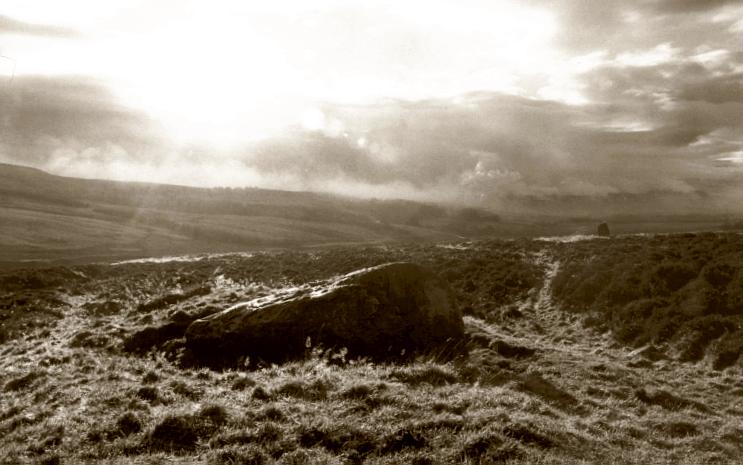 1/21 The northernmost stone of the row, looking southwest as the mist lifts from the moor. The second stone in the row, the Wallace Stone, can be seen to the right in the distance. 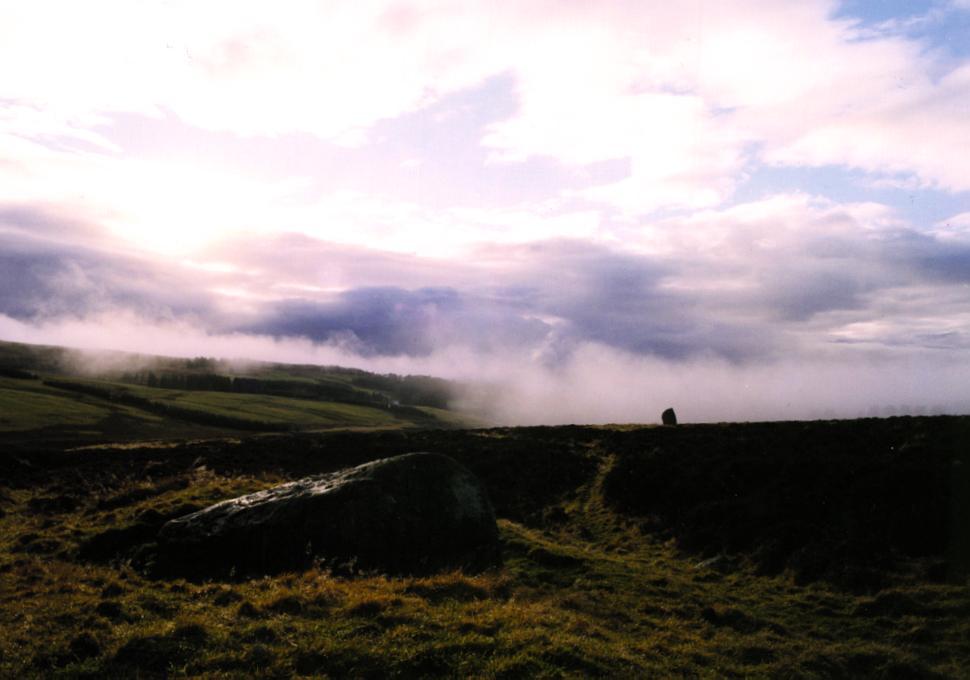 2/21 Much the same scene, but a few minutes earlier and in colour. 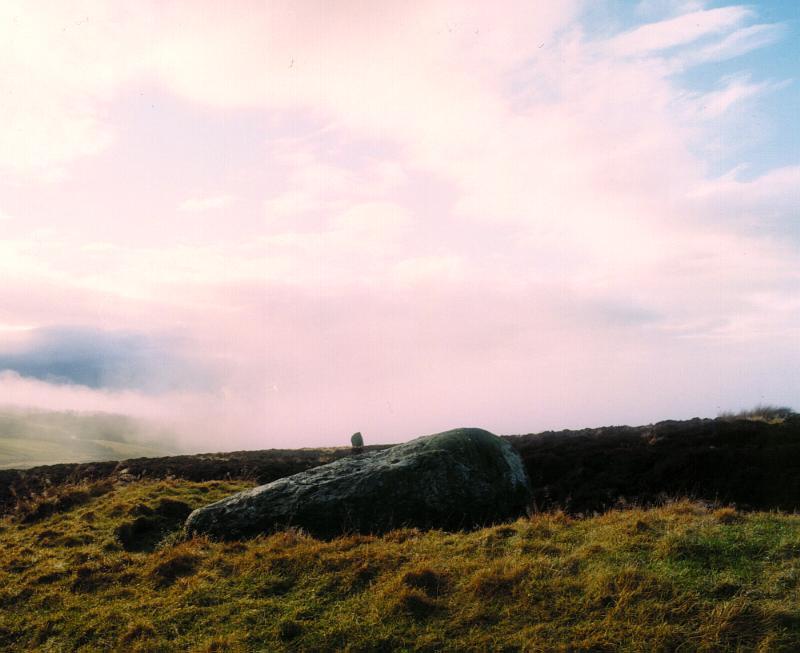 3/21 Another view towards the Wallace stone looking across the northernmost stone. 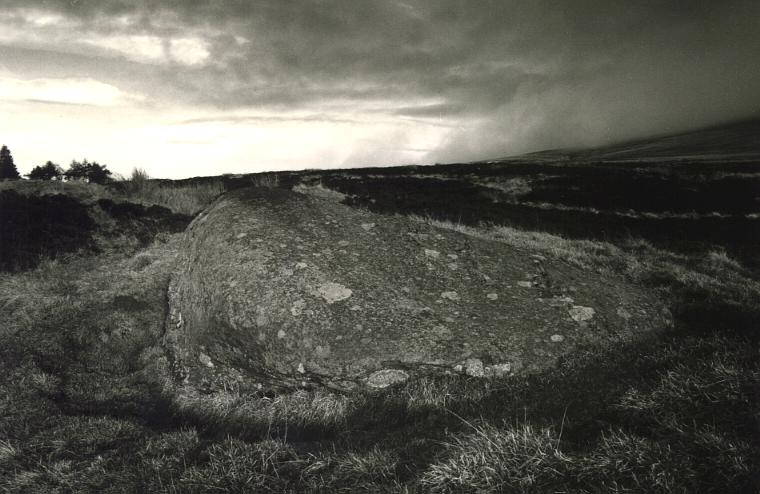 4/21 The northernmost stone, looking to the northeast. 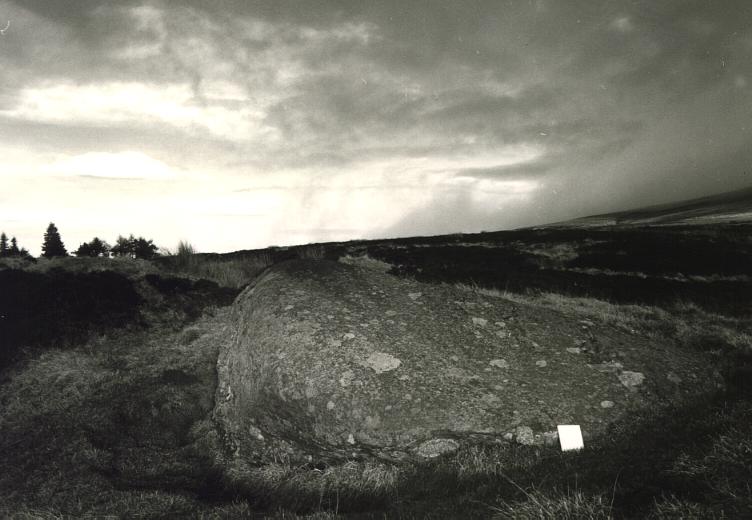 5/21 Much the same picture, but with a scale added. The filter box (the white rectangle at the lower right) is about 4x5 inches in size. 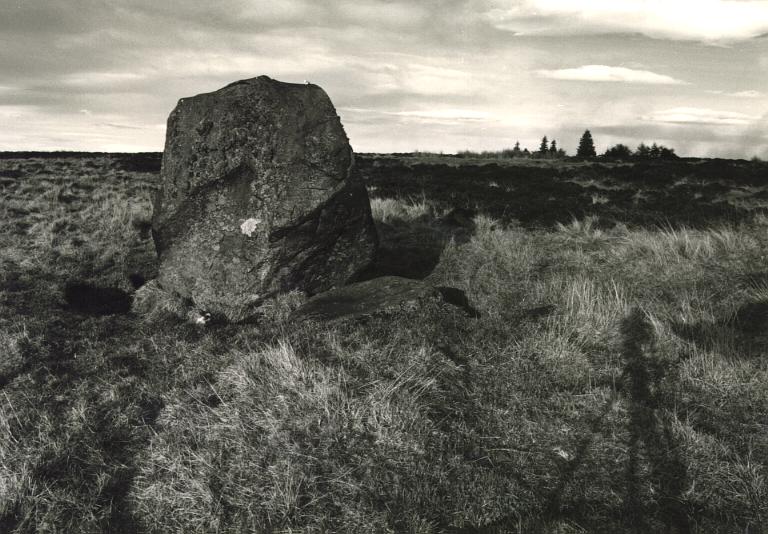 6/21 The second stone, looking to the north. This stone, also known as the Wallace Stone, is the only stone in the row that still stands. The story is that William Wallace, after a battle with the English, raised this particular stone here. The location makes the story reasonable...but the stone had already been standing here for a couple of thousand years before Wallace arrived on the scene. 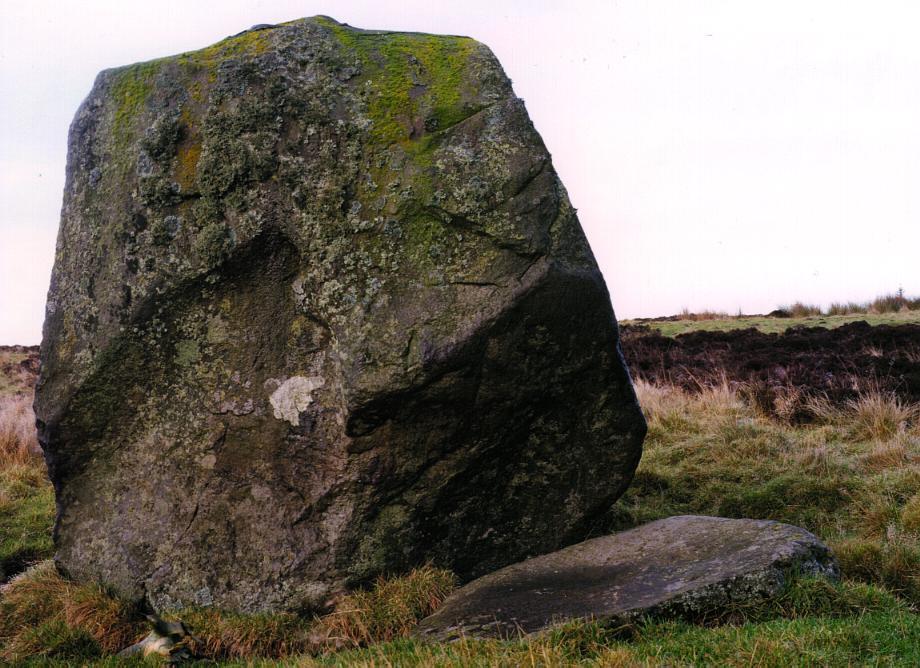 7/21 Another view of the Wallace stone, looking north. 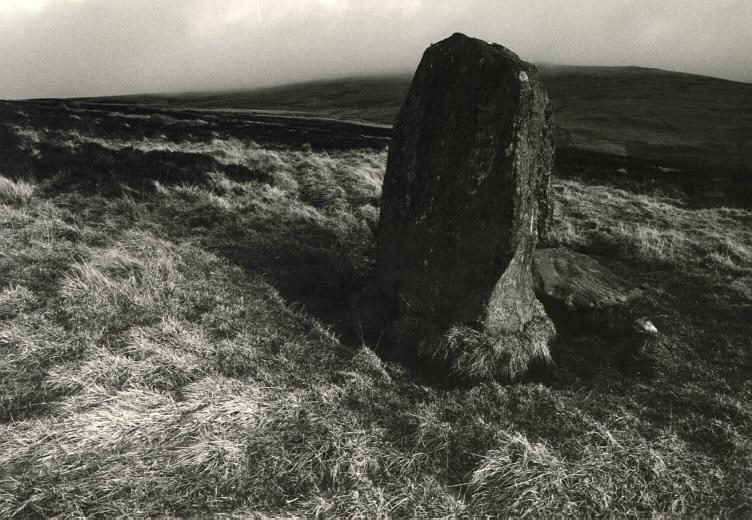 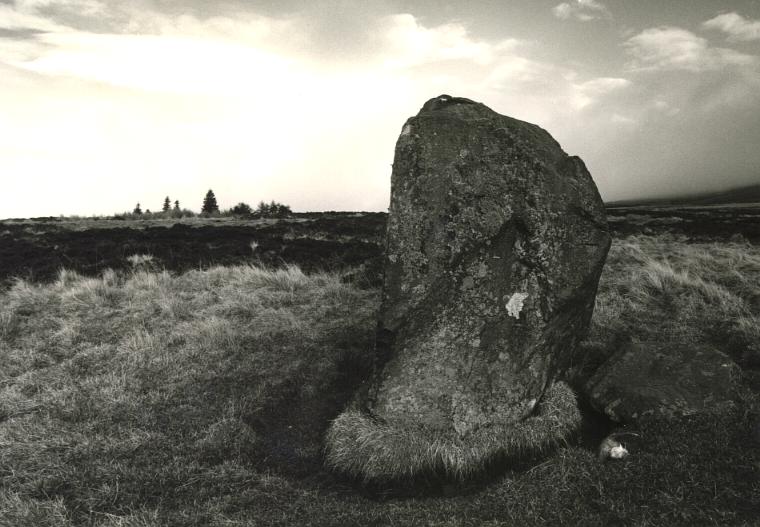 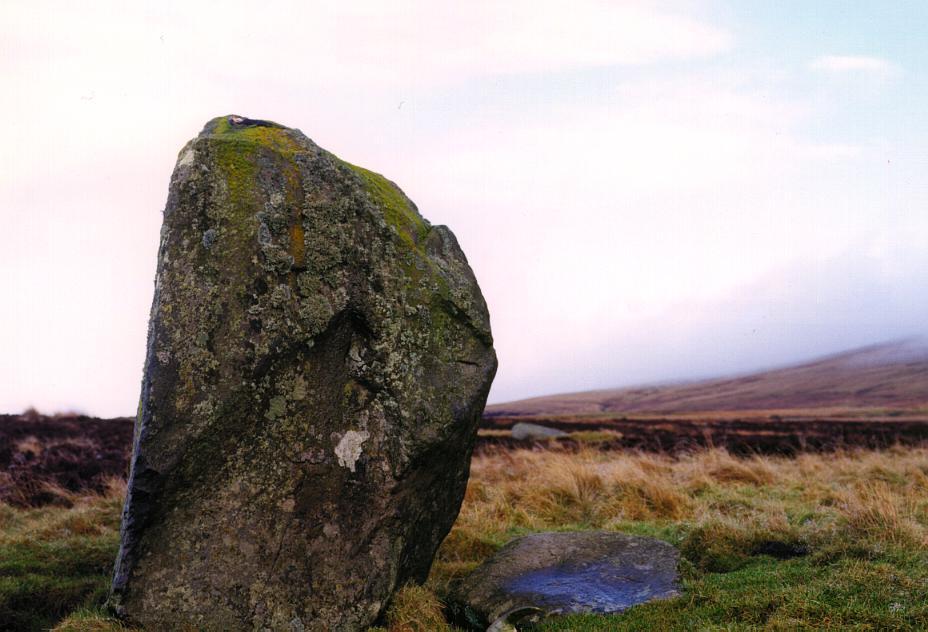 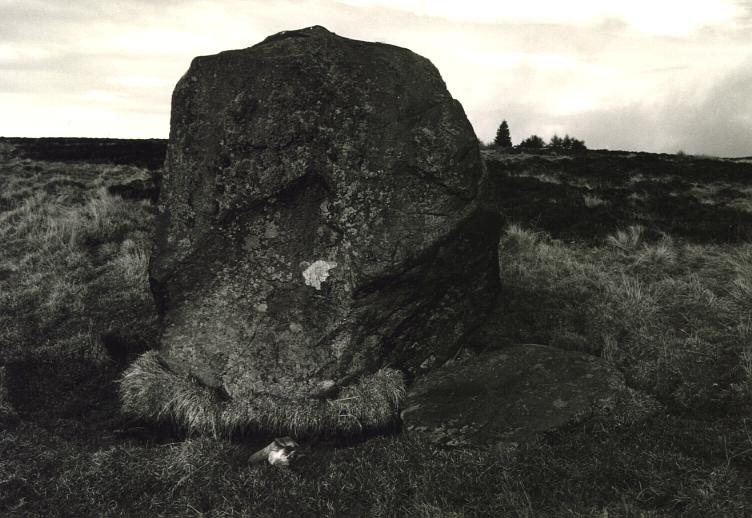 11/21 Another view of the Wallace stone, looking north. 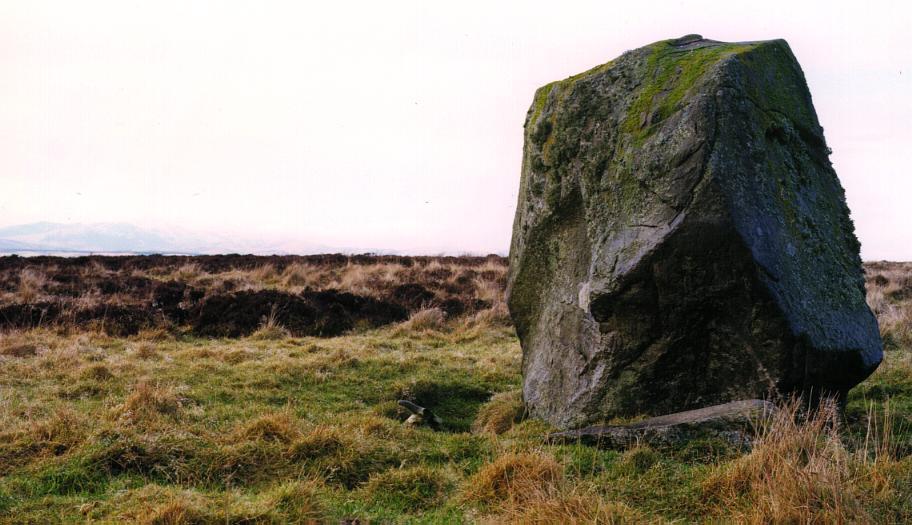 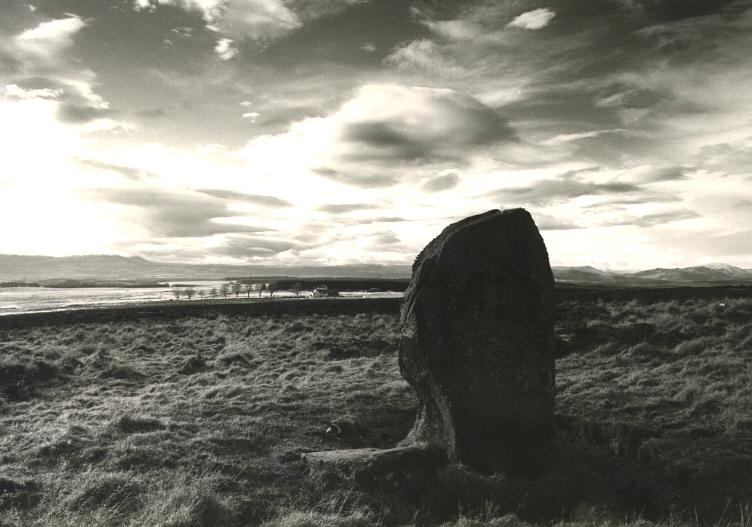 13/21 The Wallace stone, looking west to the Trossachs 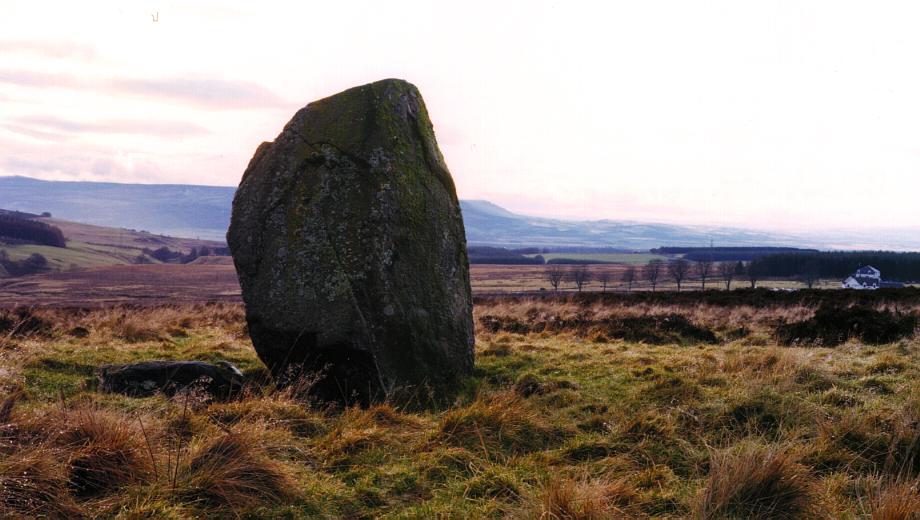 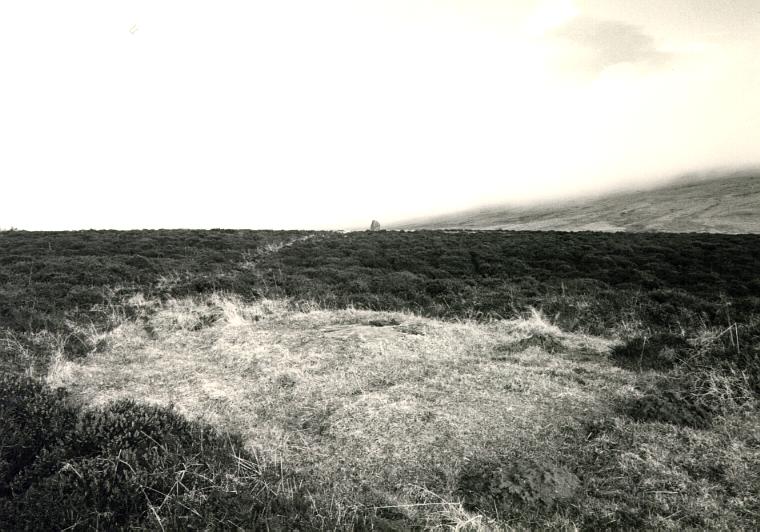 15/21 The third stone in the row is almost buried under the turf. It's lying there in the pale patch at the centre-back. Honest. This is a view to the northeast. The Wallace stone is standing on the horizon at the centre of the picture. 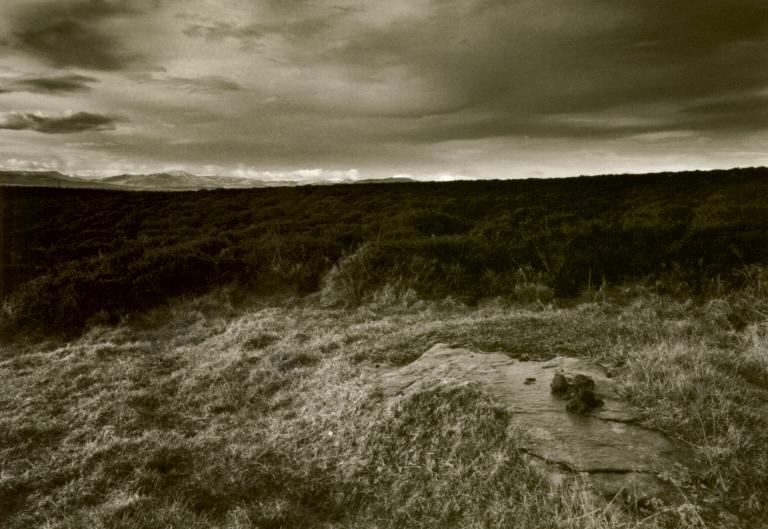 16/21 The third stone in the row is almost buried in the foreground (yes, under that pile of sheepie doo-doo) with the snow-topped Trossachs in the distance to the west. 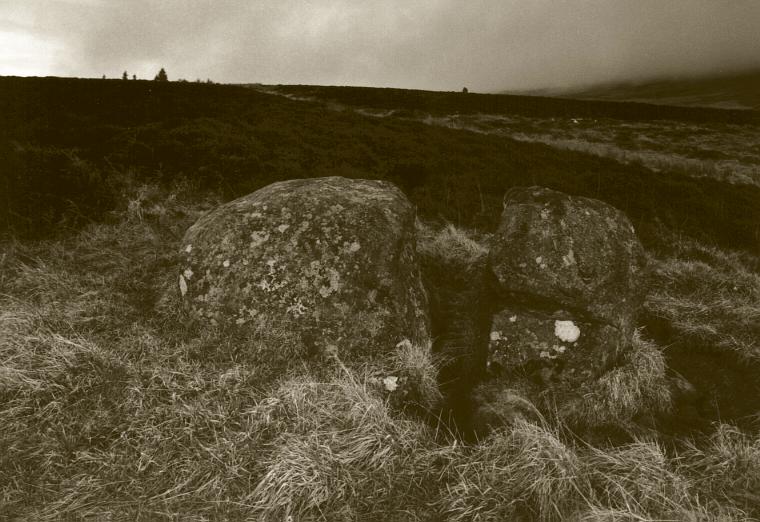 17/21 The fourth stone is split in two. This is looking back up the row to the northeast. Following the crack back to the horizon you can see the Wallace stone against the mist. 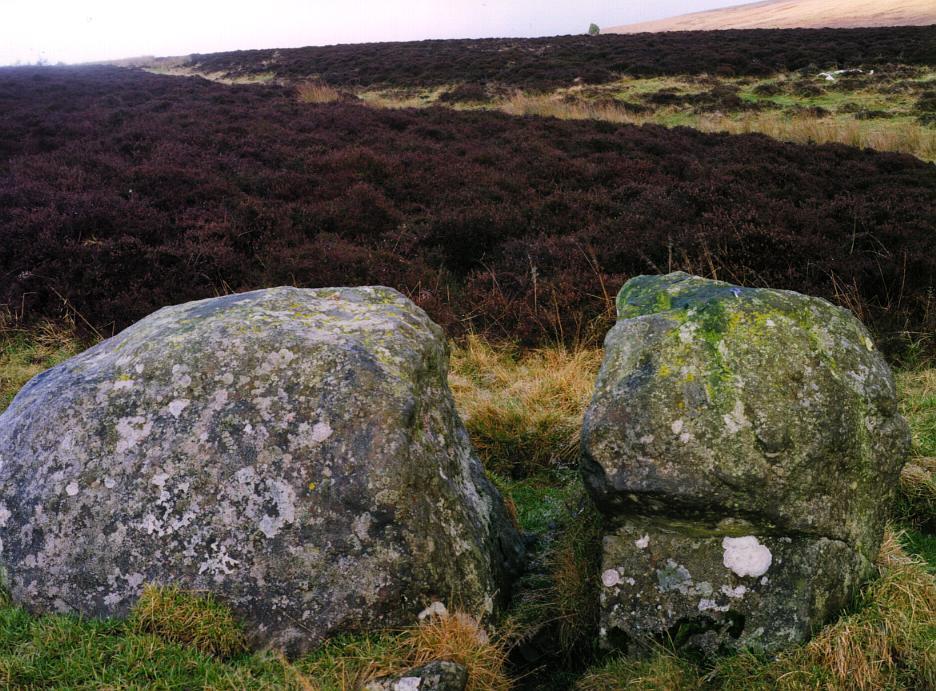 18/21 The fourth stone in colour. Again, looking towards the Wallace stone on the horizon. 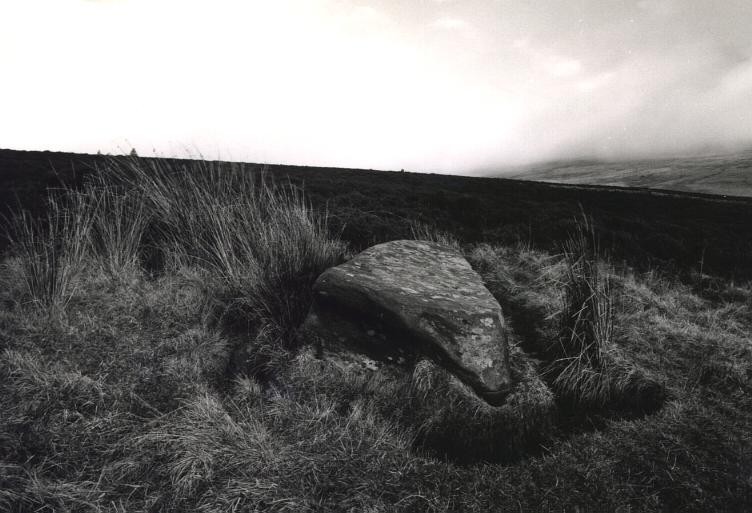 19/21 The southernmost stone. Again looking back up the row to the northeast. The Wallace Stone is a tiny blob still visible on the horizon. The top surface of the stone (what would have been the southeast face of the stone assuming that it fell away from us in this picture, as seems most likely) is covered in cup markings. 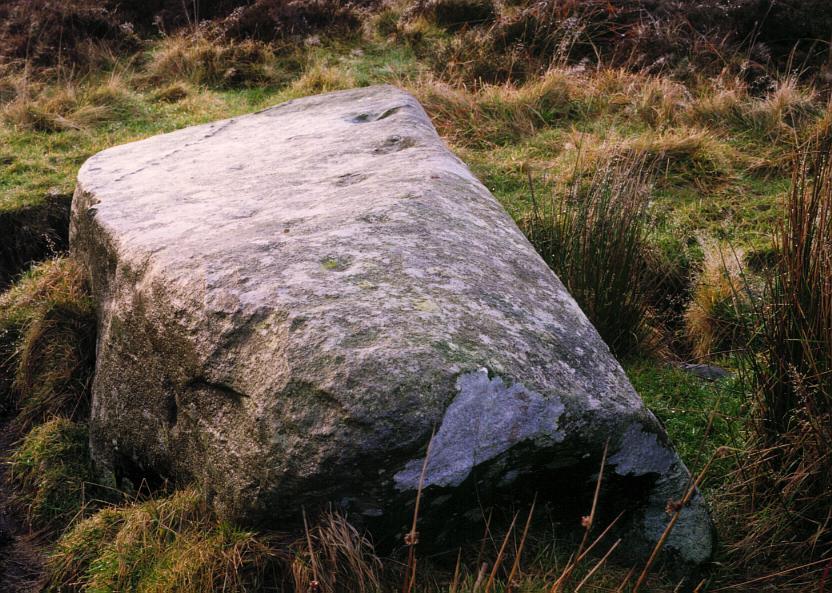 20/21 A view of the southernmost stone showing some of the cup marks in the upper surface. 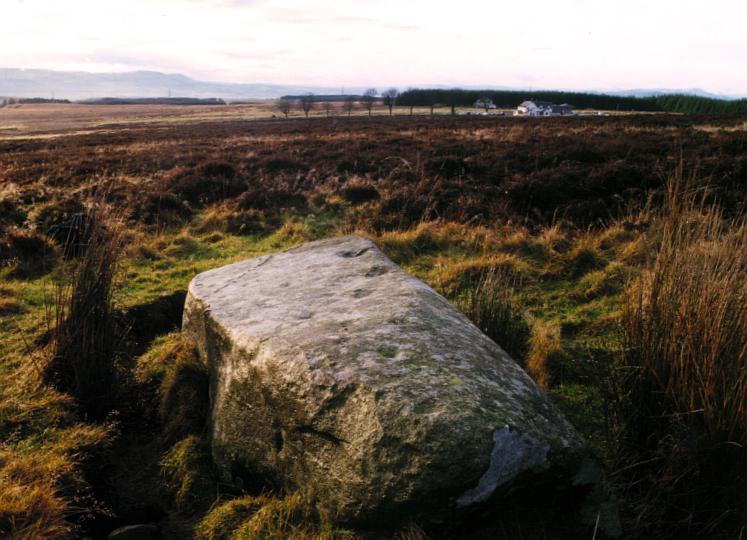 21/21 Looking southwest over the southernmost stone.
Previous Next