Threave castle is built on Threave Island in the River Dee near Kirkcudbright. This island is the legendary home of the ancient kings of Galloway - although there is little evidence to back this claim. (A silver penny minted in 1300 was found during excavations on the island in the 1970s, indicating that the island had some status before the arrival of the Douglases).

The present castle was built around 1370 by Archibald Douglas---better known as Archibald the Grim, Lord of Galloway. He was the most powerful lord in south Scotland at the time.

In 1455, the Black Douglases withstood seige here before being finally overthrown by James II. Threave then reverted to the crown.

It then became an insignificant estate and was abandoned and partially dismantled in 1640.

Threave comes from the Old Welsh Trief, meaning homestead. Old Welsh was the local tongue until around the seventh century and the arrival of the Gaelic-speaking people from Ireland, suggesting that the island has a long history.

The original castle would have consisted of the tower house. The external fortification of wall and towers was built hurridly as a defence against artillary attack around 1447.

The top floor of the tower house is unusual, having no latrine nor fireplace - it may have been designed as servants' quarters and temporary quarters for a garrison during a seige. 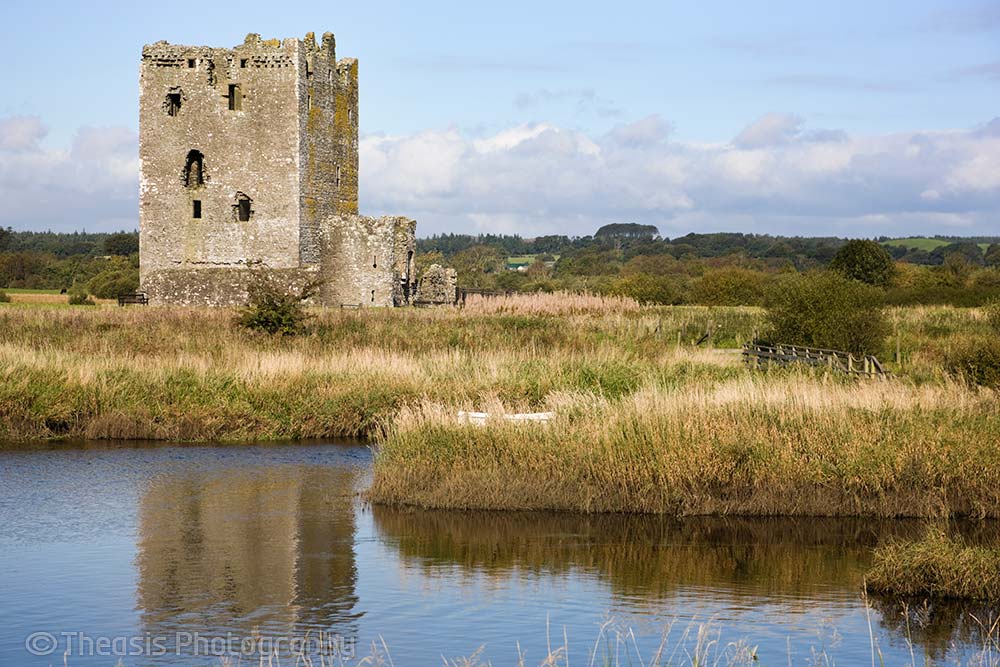 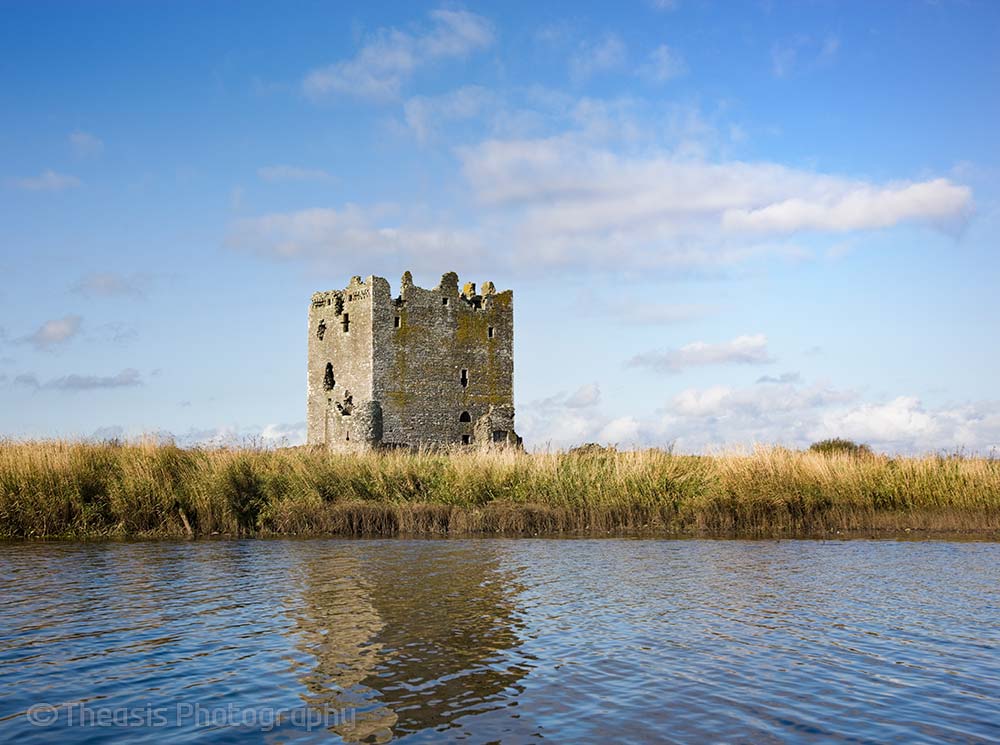 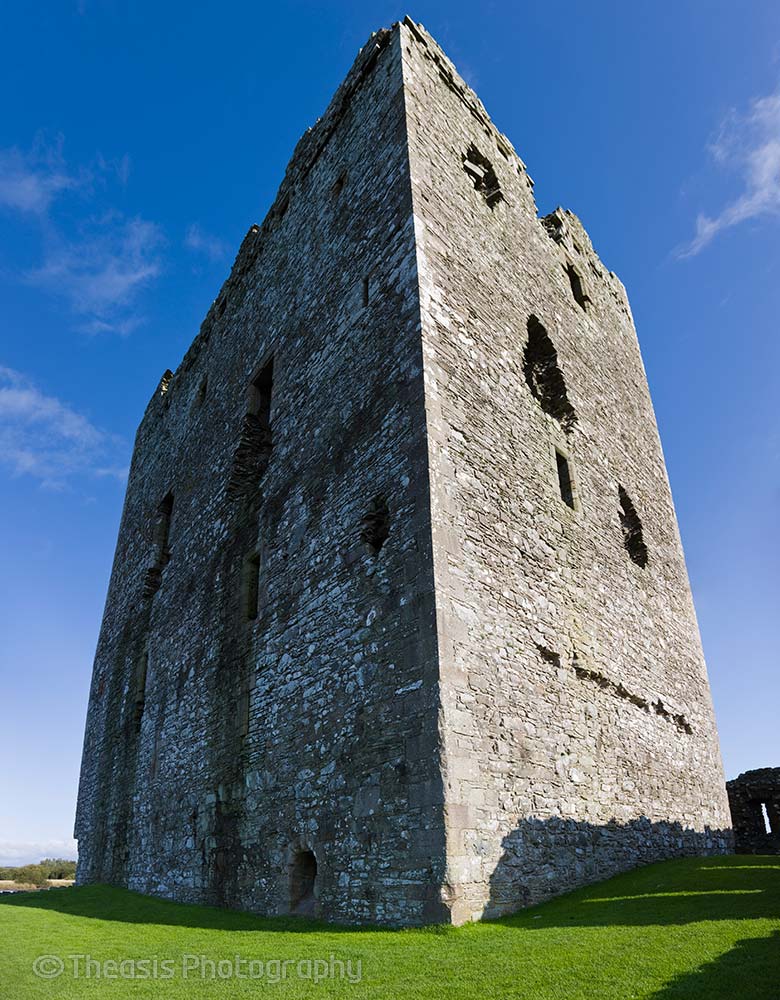 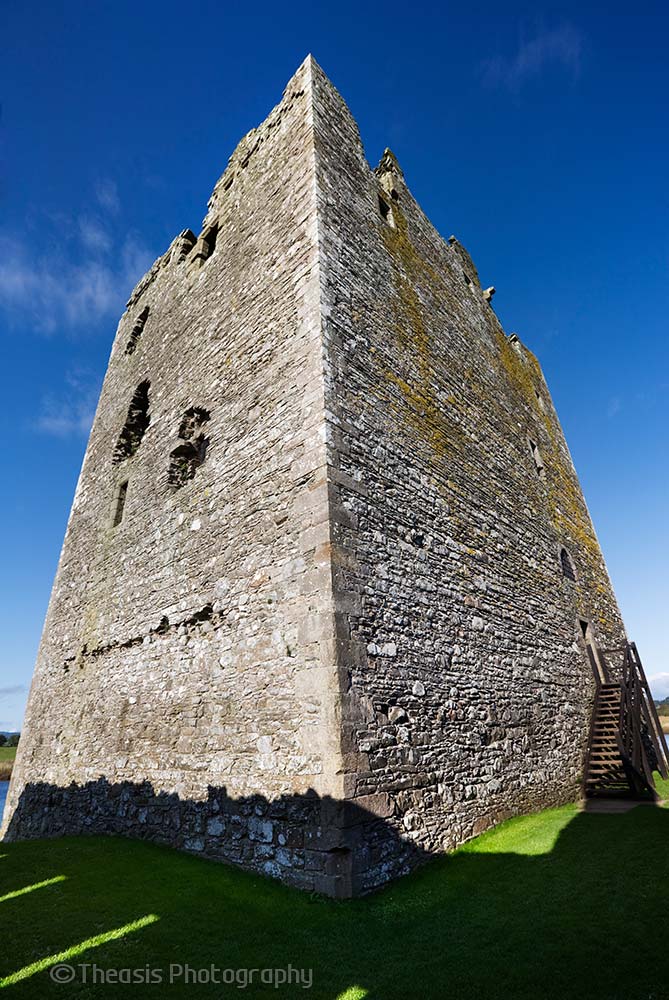 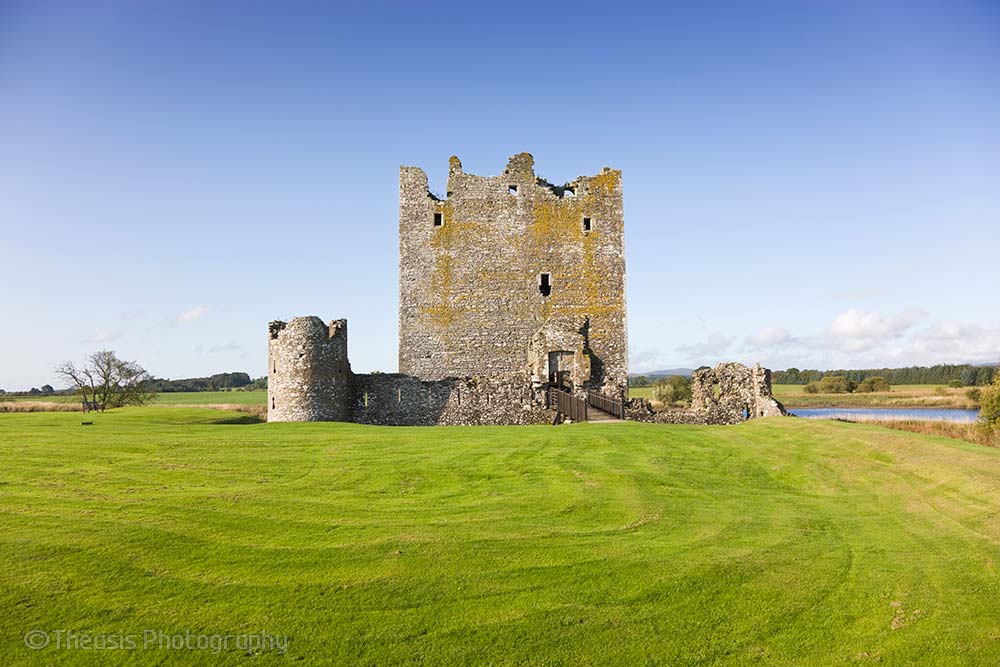 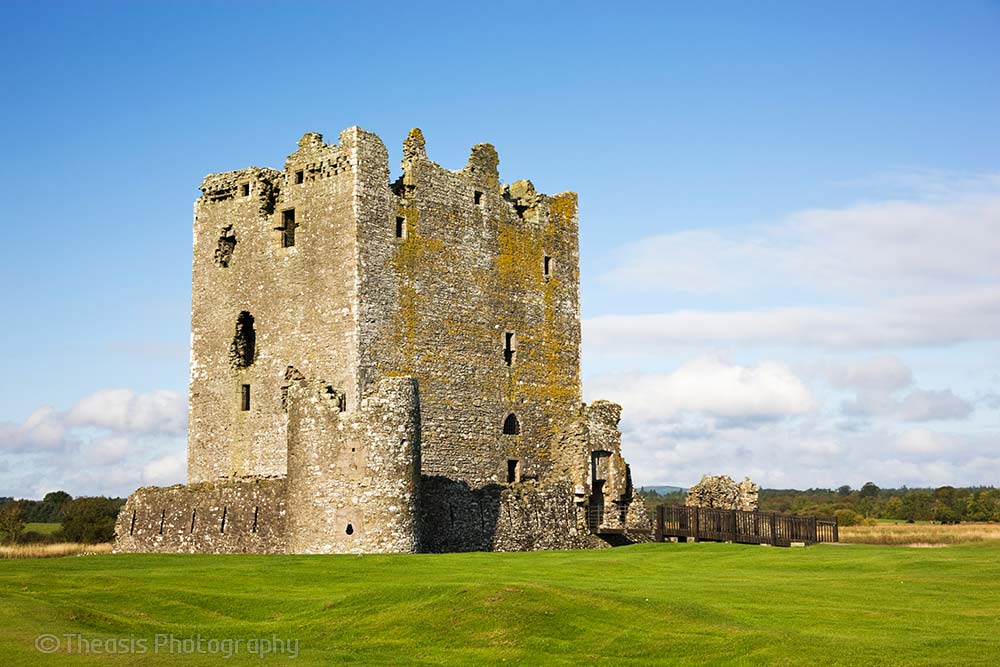 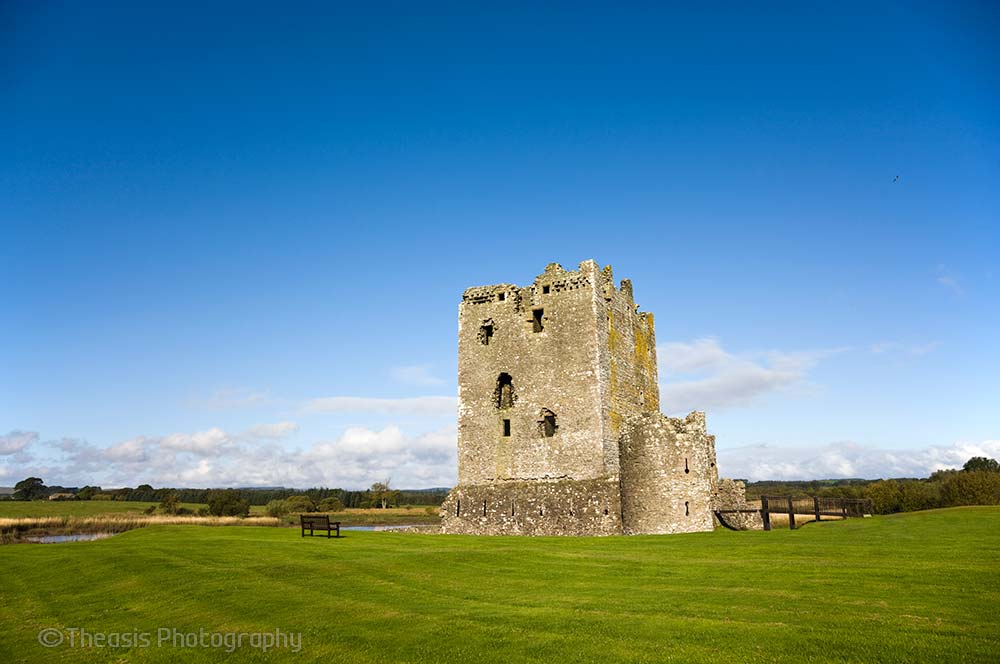 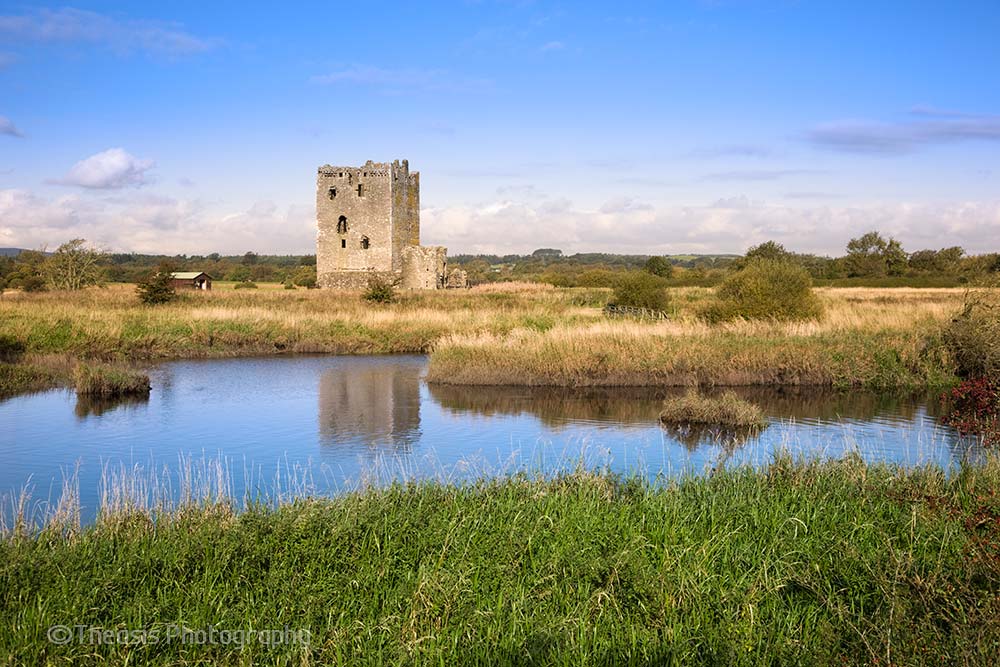 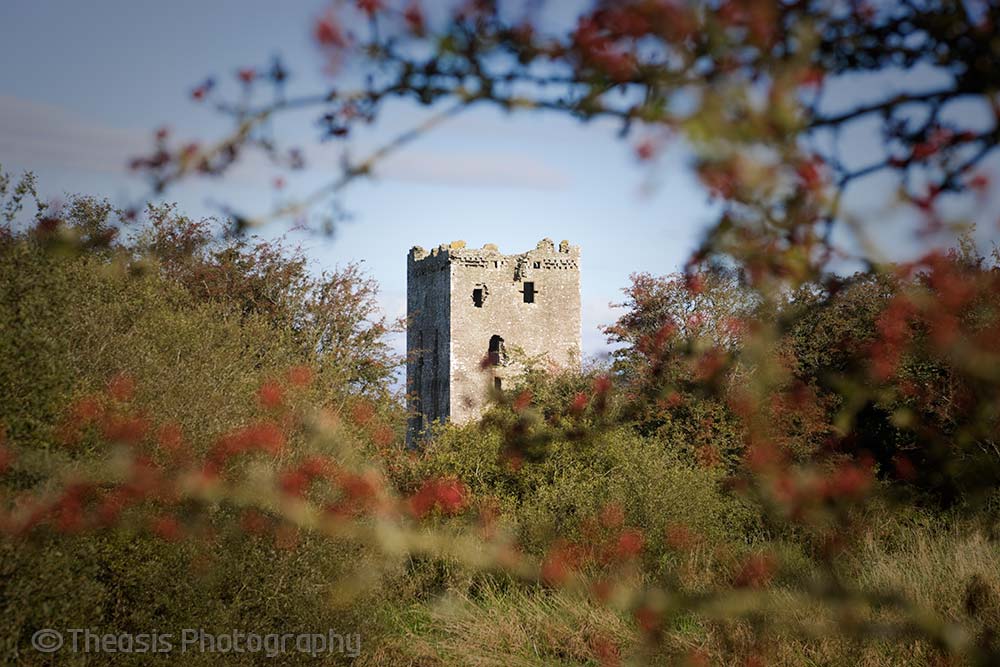 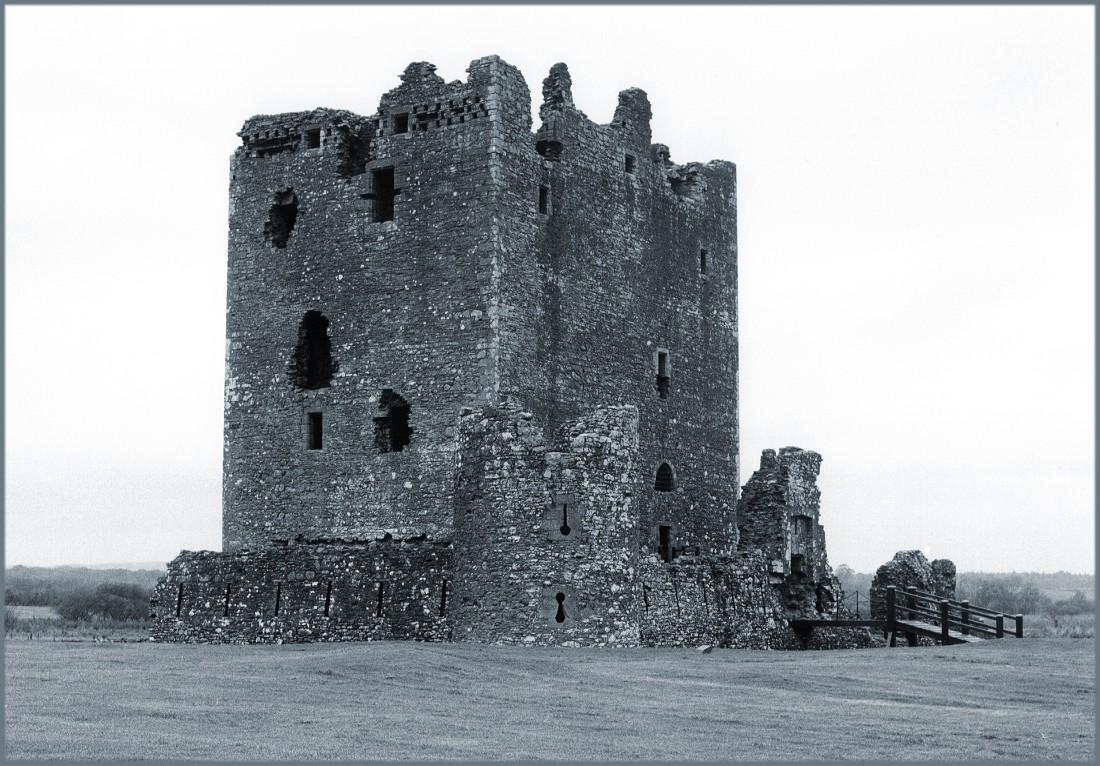 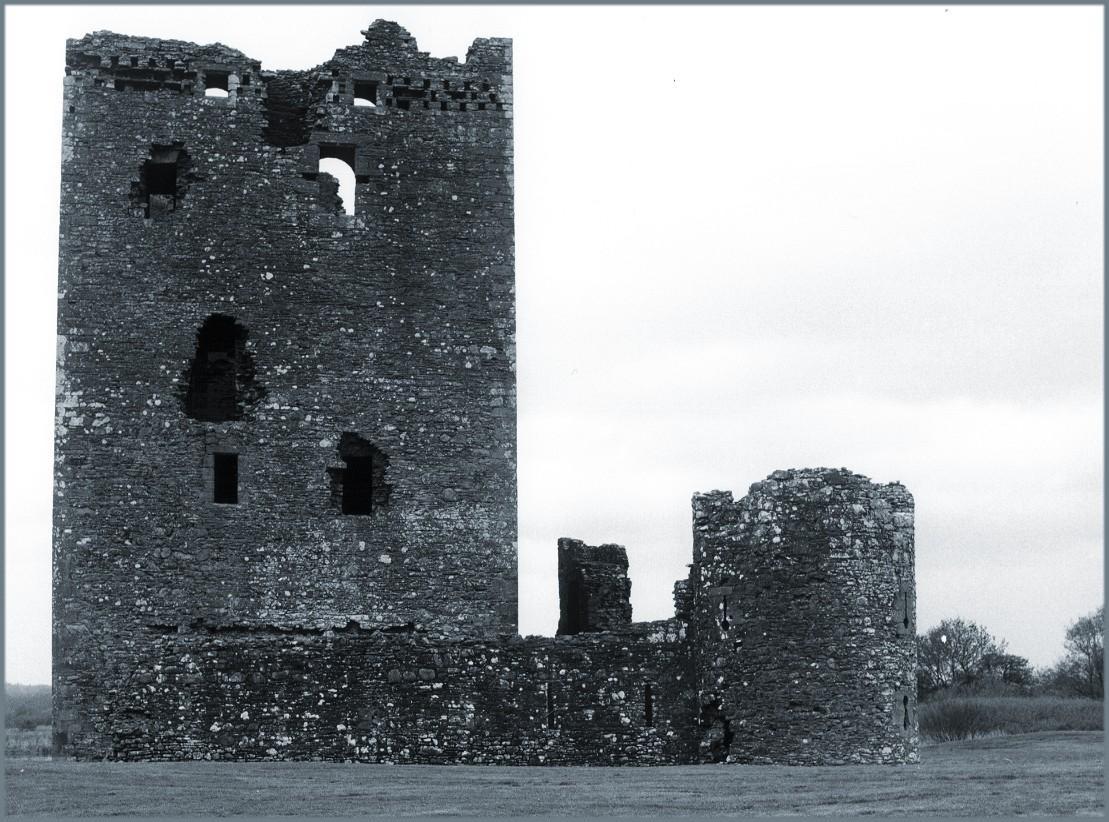 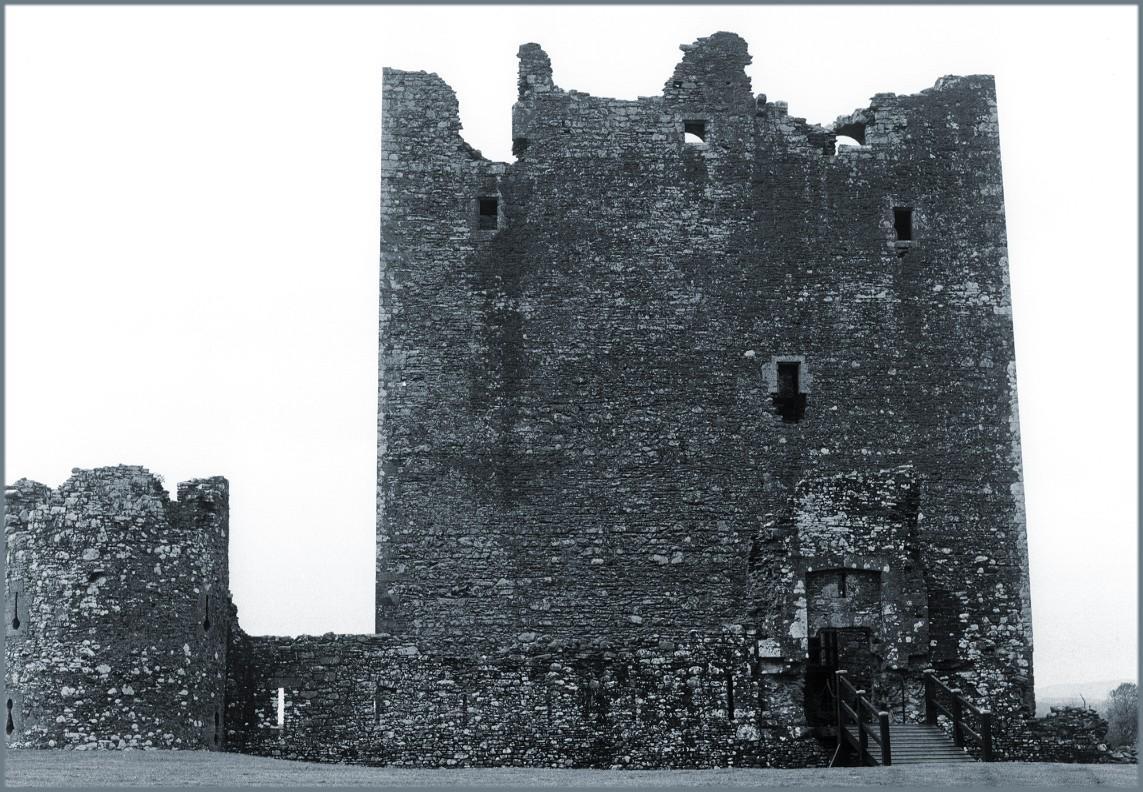 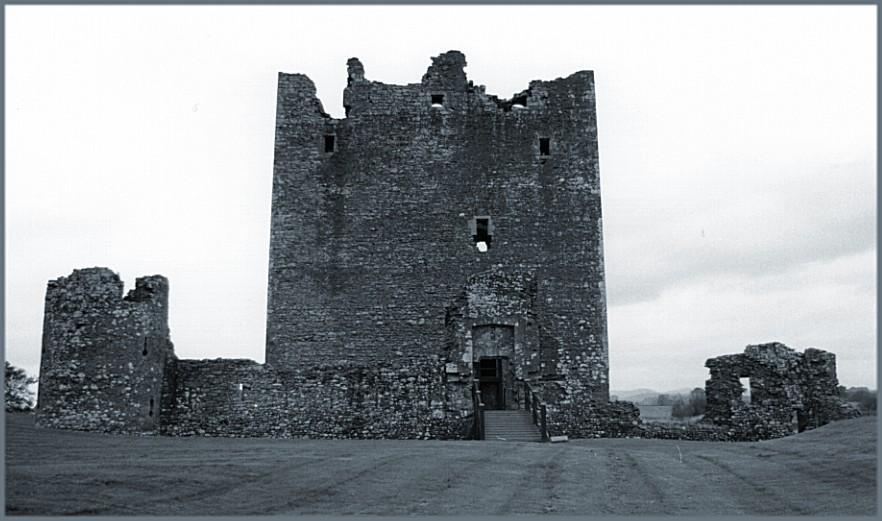 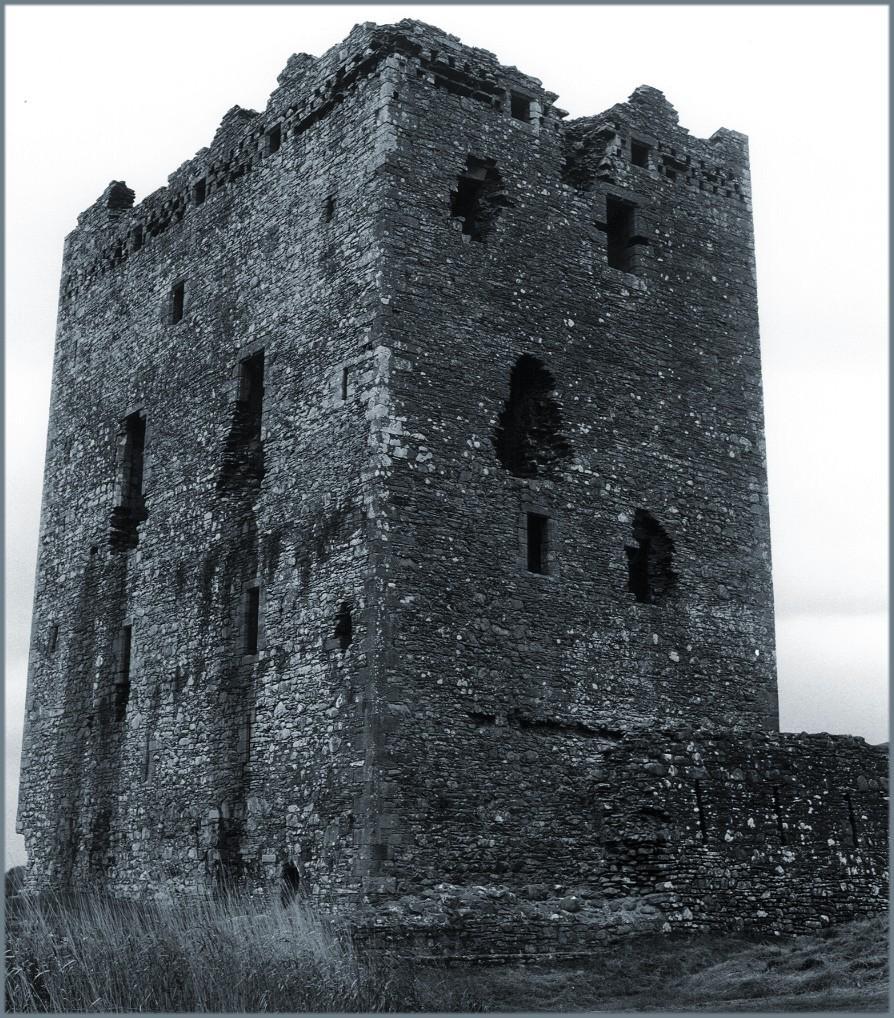 14/18 Looking north across the harbour. 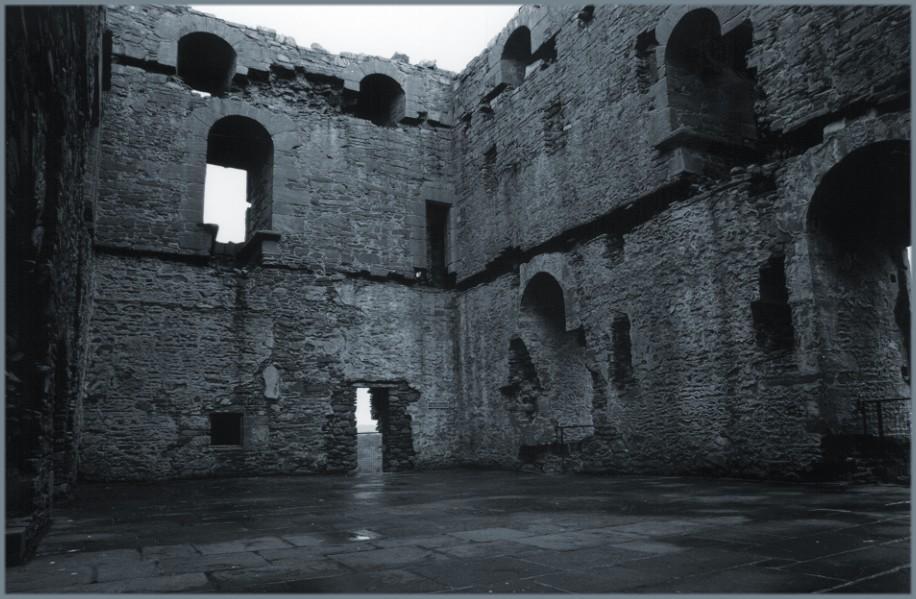 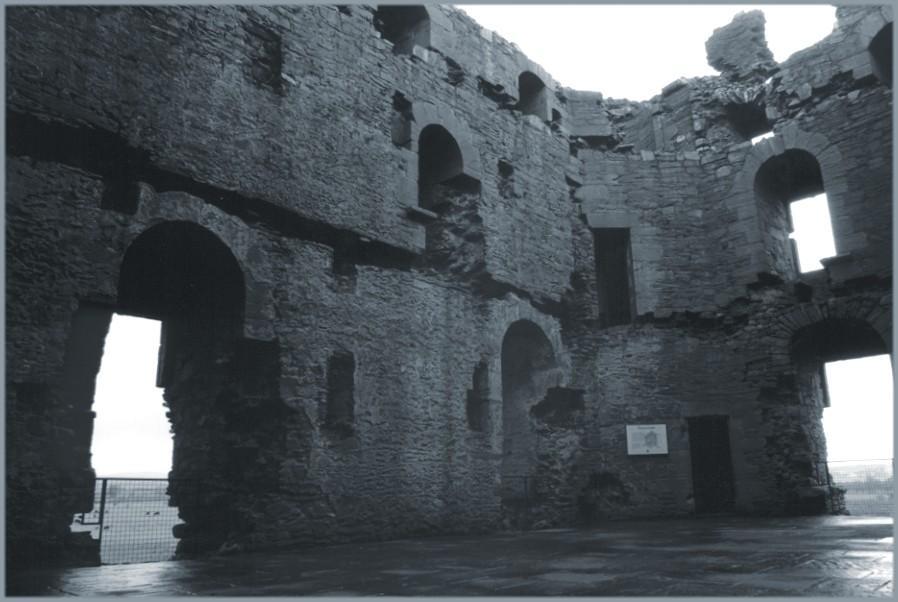 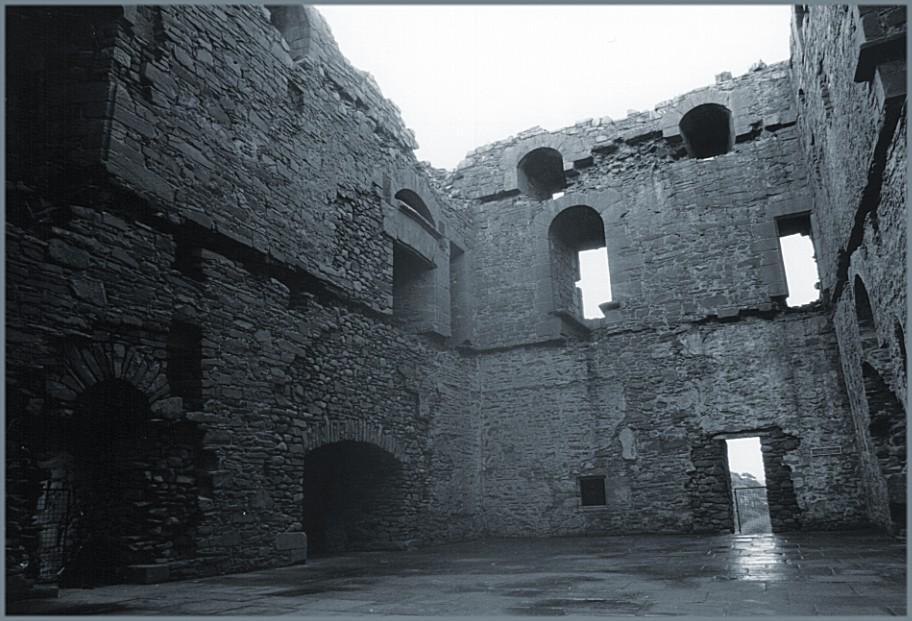 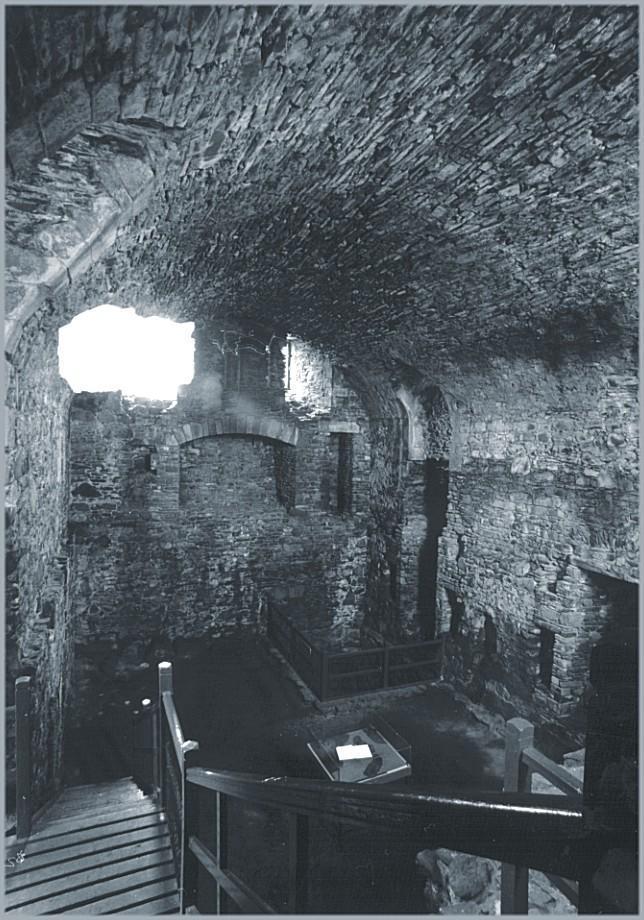 18/18 Looking south from the mezzanine to where the kitchen and reception would have been and belon into the cellar. The large well is fenced off in the far corner. Below and to the right of the picture is the prison - that must have been unpleasant for the kitchen staff!
Previous Next