Looking east from the eastern slope of Cuween Hill is a chambered tomb, sometimes known as the Fairy Knowe.

When the tomb was excavated in 1901, by M.M.Charleson, seven human skulls and twenty-four dog skulls were found within the main chamber and the side chambers. There has been some speculation that the dog was a tribal totem (as with red deer at Holm of Papa Westray North and eagles at Isbister). 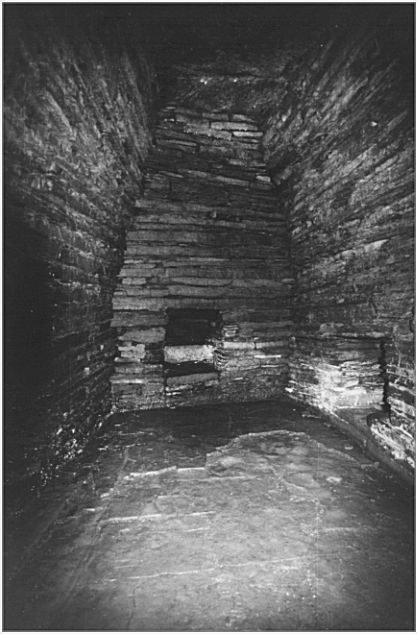 2/4 The main chamber, looking south. The entrance is at the lower far end of the left wall; the spaces in the facing and right walls lead into subsidiary chanbers. 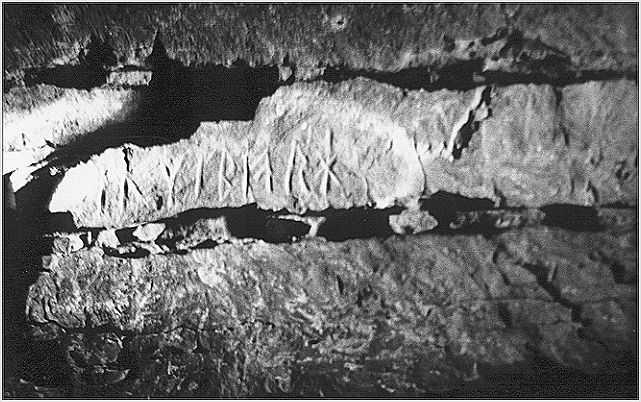 3/4 Runes carved in Cuween cairn. These are probably fairly recent graffitti rather than genuine Viking runes.

4/4 Enhanced image of the runes.
Previous Next