The massive (23 feet, 7 metres, high) 9th century Sueno's Stone at Forres in Moray. It is the largest known Pictish sculptured stone. On one side is a large cross. On the other side are scenes of fighting and killing, dead and decapitated bodies...almost a hundred figures in all. 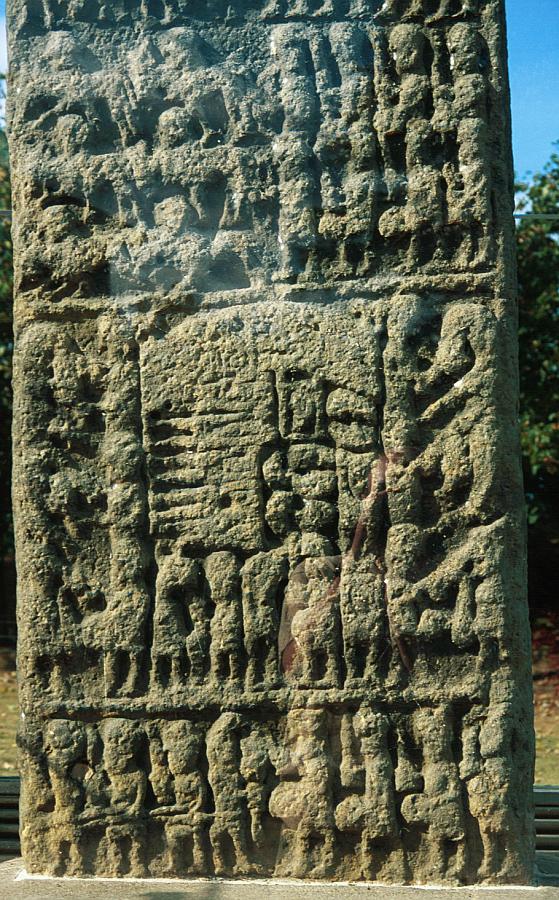 3/10 This is the bottom of the battle side. Above are three rows of mounted warriors leading archers and foot-soldiers. The bottom panel shows a bridge, or maybe a tent, above corpses and heads. To either side are pairs of fighters. 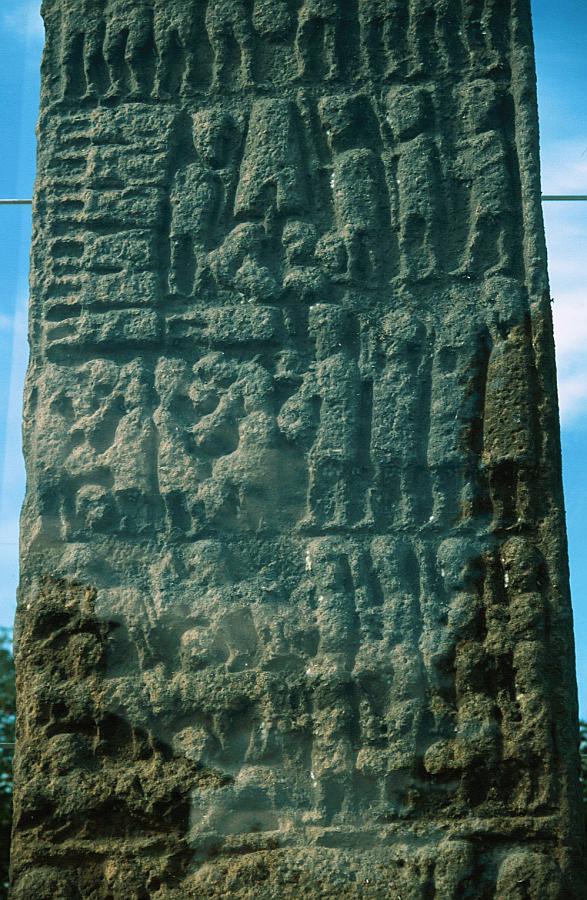 4/10 This lower-central panel shows, at top left, seven decapitatied bodieswith their executioner. To the right are three figures who seem to be blowing instruments - perhaps carnyx, or battle-trumpets. At top centre is a representation of perhaps a bell (is that a clapper below the notch?) or maybe a broch. 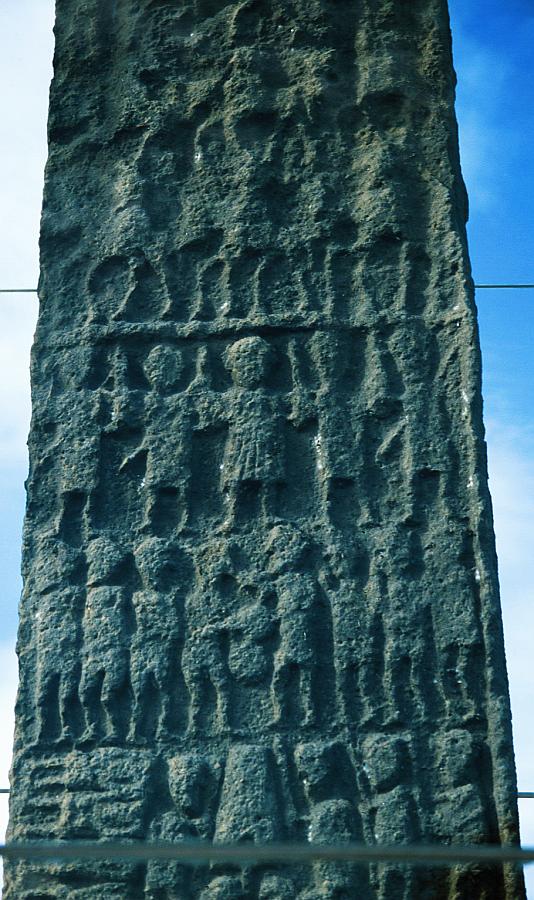 5/10 The upper-central panels show badly eroded rows of mounted warriors at the top. Below is a row of 5 warriors with swords. The central warrior is clearly more significant than the others, larger and kilted. Possibly he represents King Kenneth mac Alpin. Below these is a row of eight warriors, the central two fighting with swords and shields. 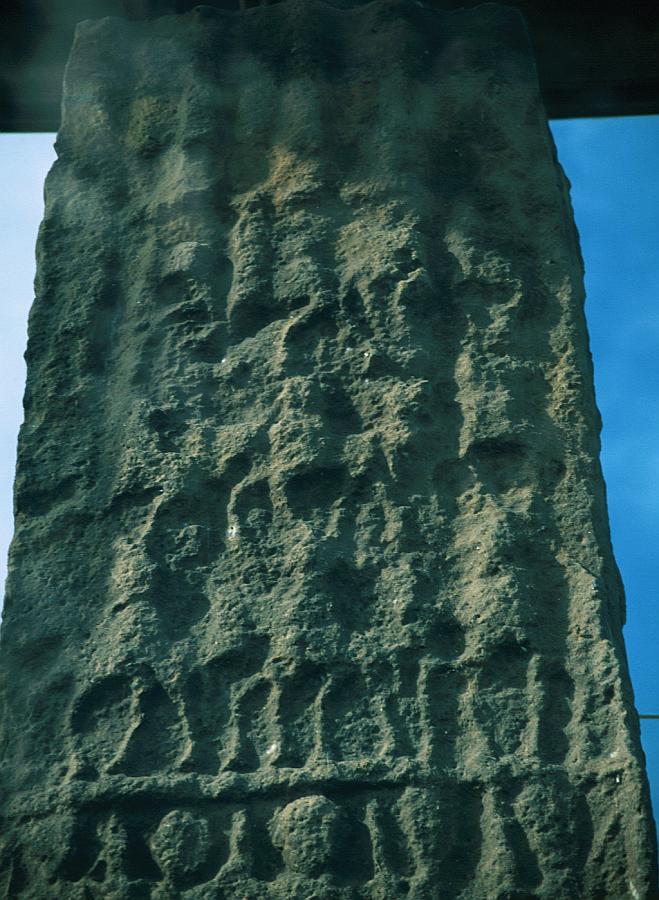 6/10 The top panel is badly weathered, but seems to contain several rows of mounted warriors. 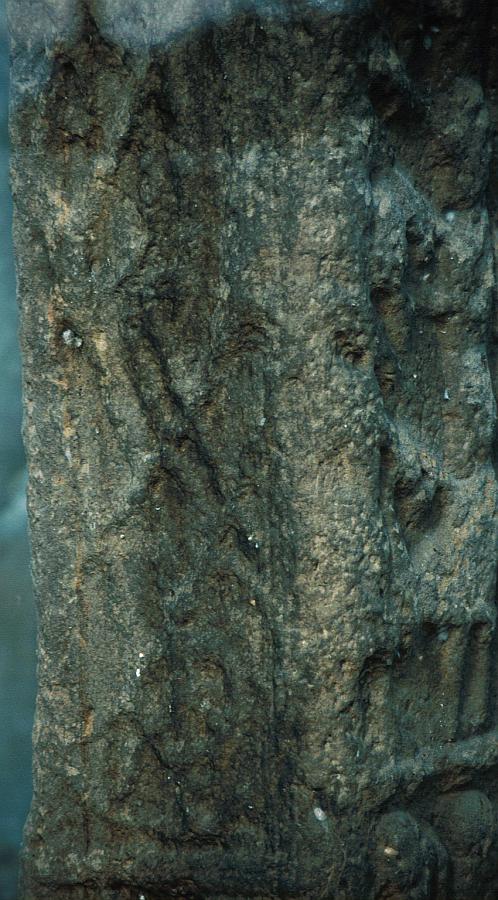 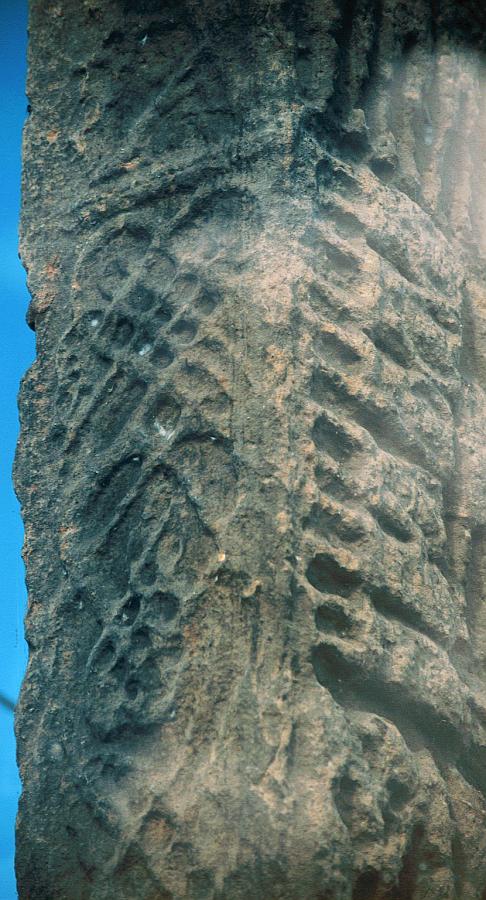 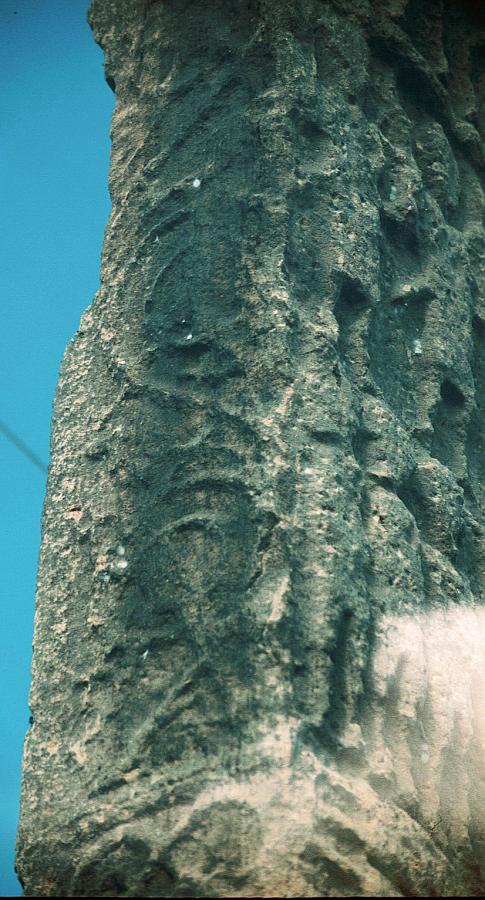 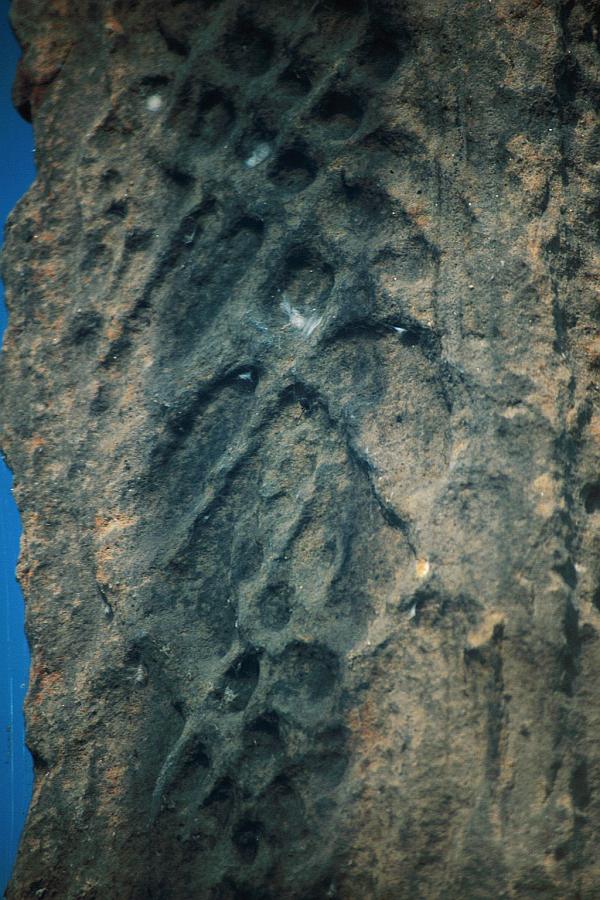 10/10 Detail from the edge of the slab.
Previous Next