For me, Bothwell is one of the most attractive of the grand Scottish castles. It is in a fabulous location on a bend in the River Clyde where a fairly deep gorge has been cut. The oldest parts of the castle are built of the most beautiful deep red sandstone and the masonry work is breathtaking.

The castle stands at a very strategic location - this would be the main crossing point of the Clyde for any invaders coming from the south. As such it has played a major part in the wars between England and Scotland and both sides gained and lost posession of the castle many times.

The castle was originally built by Walter of Moray or, quite likely, his son William 'The Rich'. It was planned to be the most beautiful building in christendom and in the mid 1200s many of the finest masons from continental Europe were brought in. The fabulous quality of the work of the master masons is still there to see in the beautifully dressed mouldings around windows and doorways and arches in the old tower.

However, work stopped long before the castle was finished. Maybe money ran out. Maybe the wars with Edward I of England got in the way. Most likely both of these were factors.

In 1296 Edward captured William and took the castle. In 1298 the Scots laid seige for over a year before finally retaking the castle. Edward was back in 1301 with innovative new seige engines and the castle changed hands again. The English held on to it until the Battle of Bannockburn. A number of the English lords took shelter here, but the constable of the castle surrendered the fortress and it was once mone in the hands of the Scots in 1314. Twenty-two years later, Endward III invaded from England and captured Bothwell and made it his invasion headquarters. But just a few months later Sir Andrew, a descendant of Walter of Moray, retook the castle. Robert Bruce's policy was to destroy castles that the English could use to control the Scots, and Andrew pulled down much of the donjon tower.

The Black Douglasses took posession of the castle when Archibald 'The Grim' married Joanna of Bothwell in 1362. In the late 1300s and early 1400s the Douglasses repaired and extended the buildings and their work is the substantial part of what stands today. 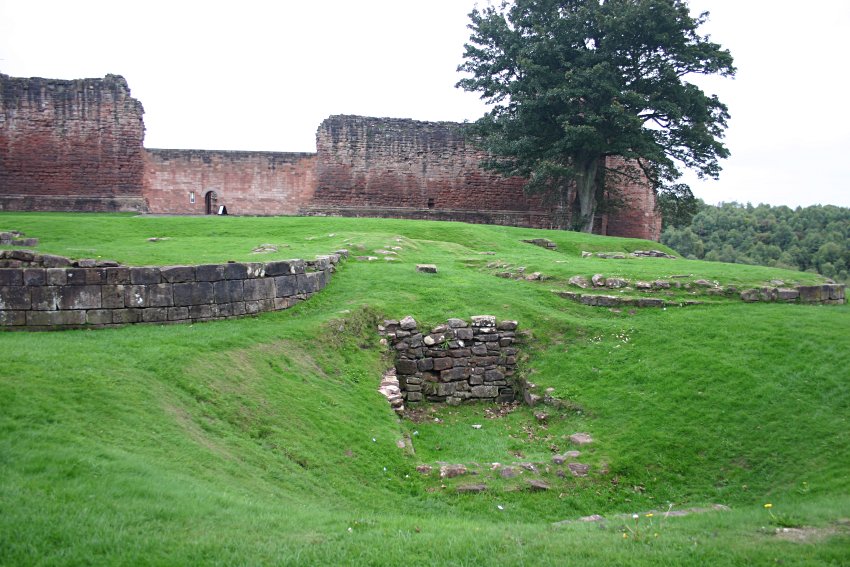 3/25 In the foreground are the foundations of the originally planned gatehouse. This part of the castle was never completed before money ran out or war intervened. 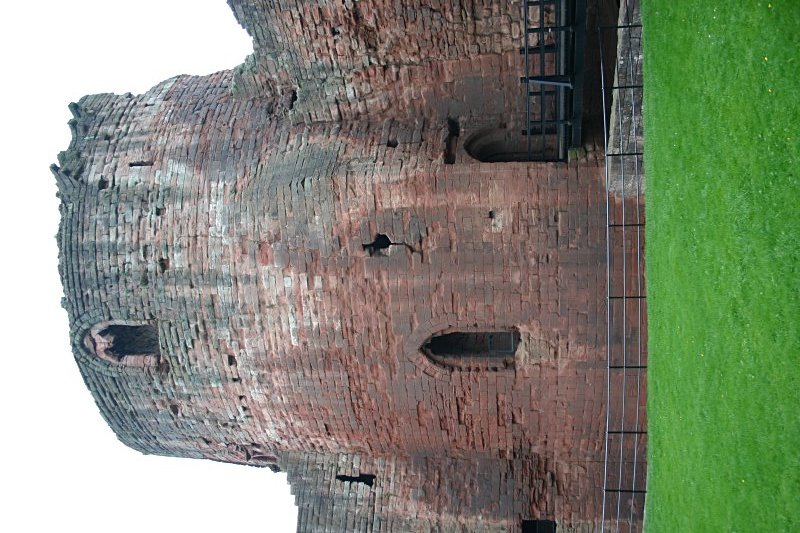 4/25 The donjon or main tower from the courtyard. This was the lord's residence in the 13th century and is a quite stunning piece of architecture. 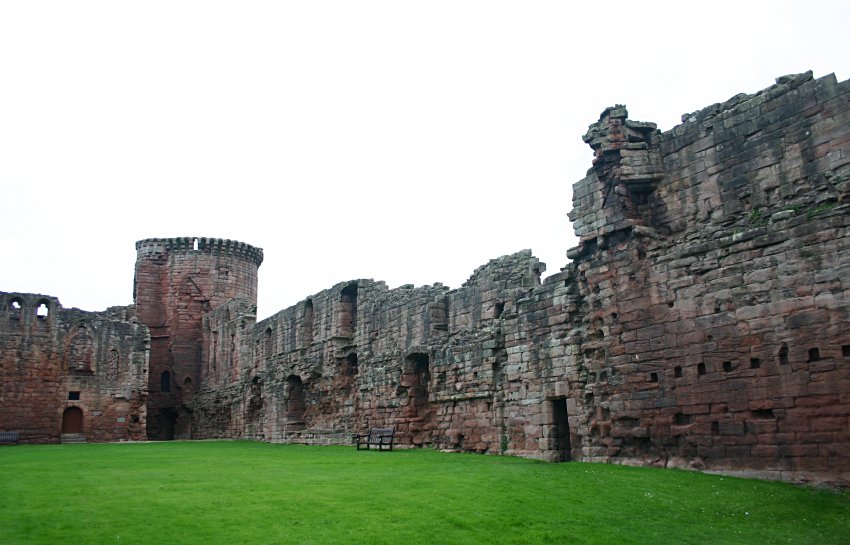 5/25 Looking towards the southeast tower along the south wall. 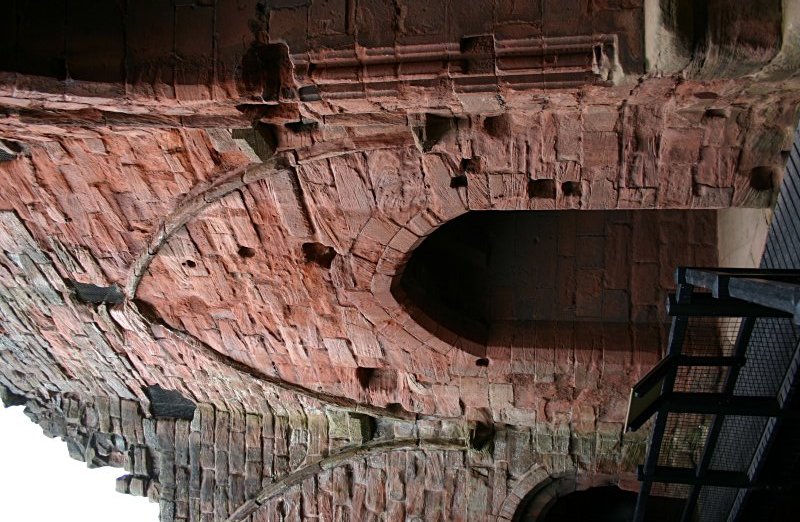 6/25 Doorways and arches in the Lord's Hall level of the donjon. 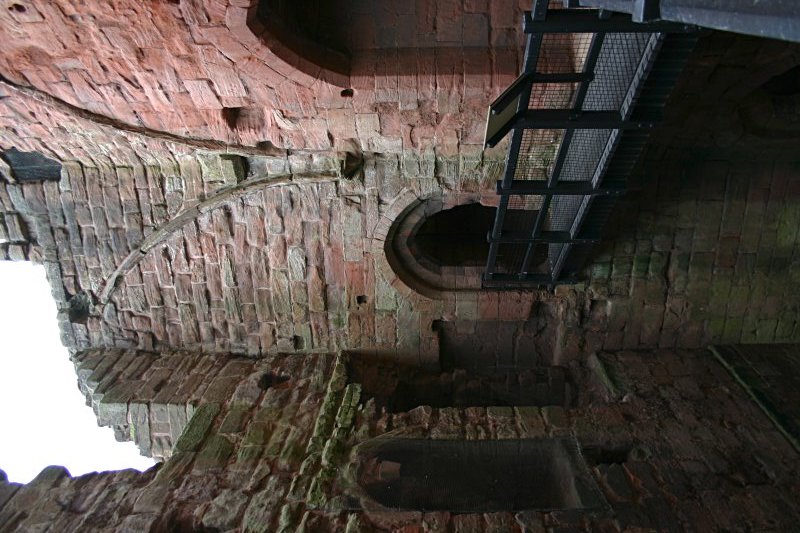 7/25 Doorways and arches in the Lord's Hall level of the donjon. The wall on the left was added in the 14th century after the donjon had been partially demolished. This made it a viable residence again. 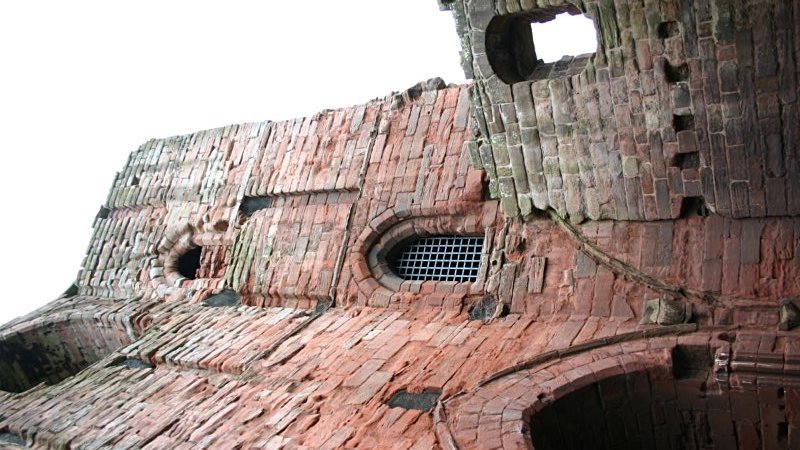 8/25 Arches of the Lord's Hall are at the bottom of the picture. Above is the Common Hall and at the top was the lord's private chamber. The wall at the lower right is part of the 14th century repairs. 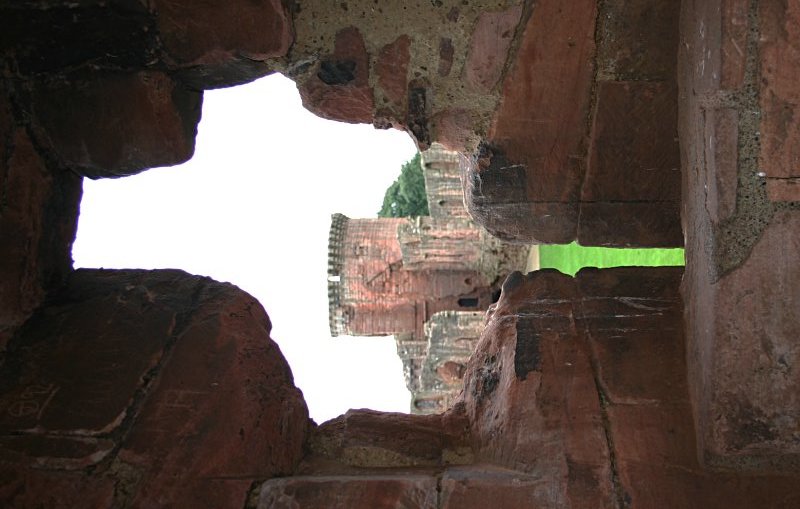 9/25 The southeast tower viewed from inside the donjon. 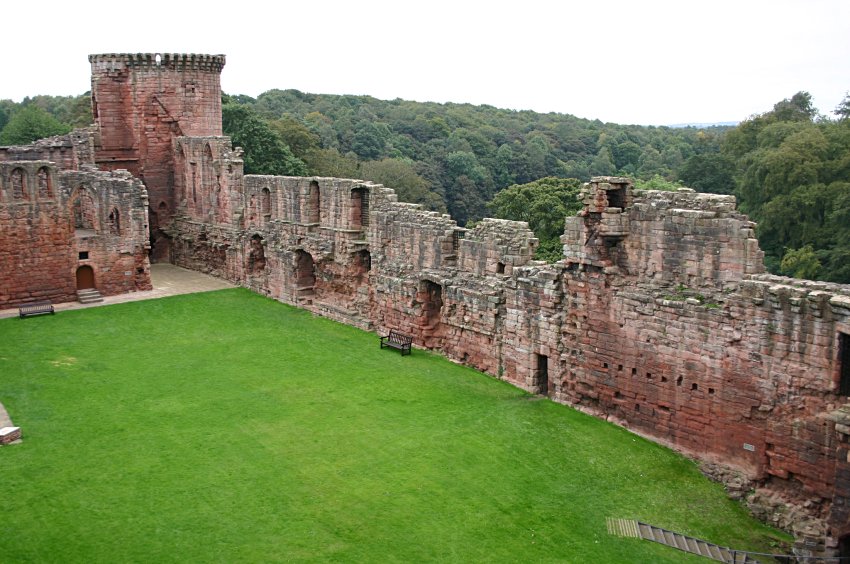 10/25 The southeast tower and south wall viewed from the donjon. 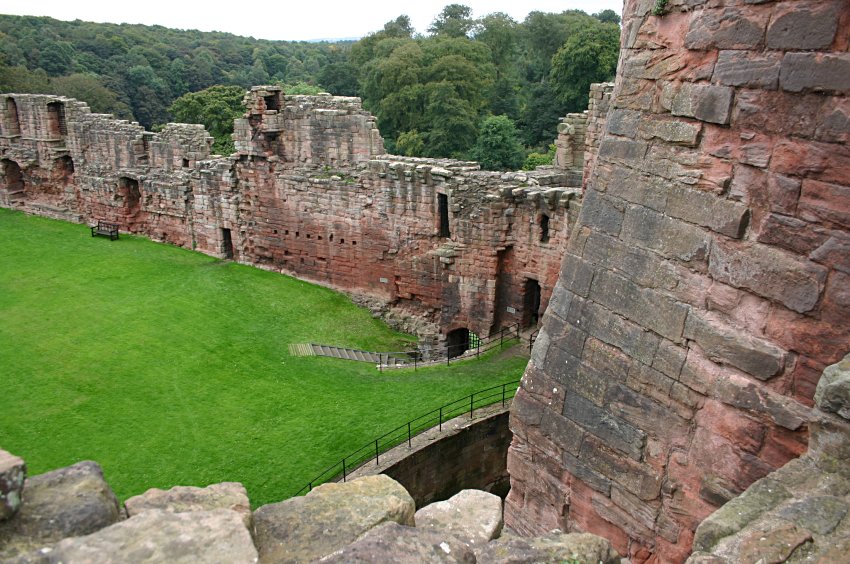 11/25 The south wall viewed from the donjon. 12/25 Looking east along the north wall from the donjon. 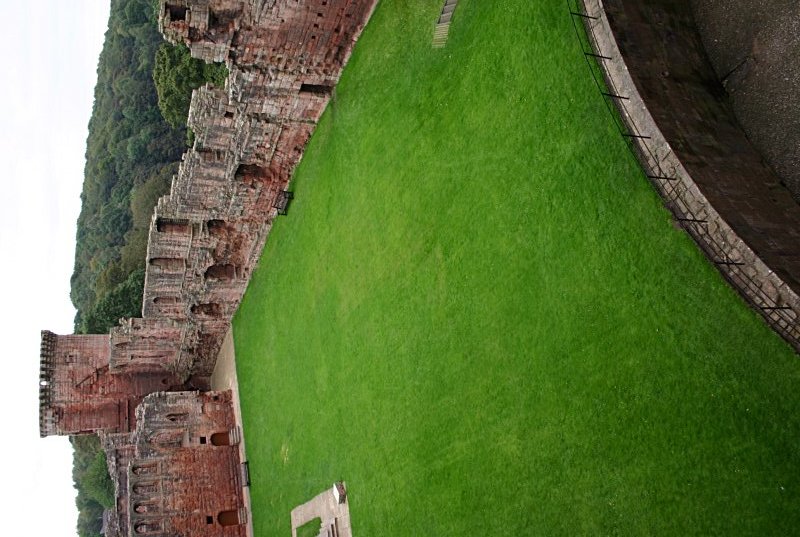 13/25 Looking towards the southeast tower. The moat around the donjon can be seen at the lower right. 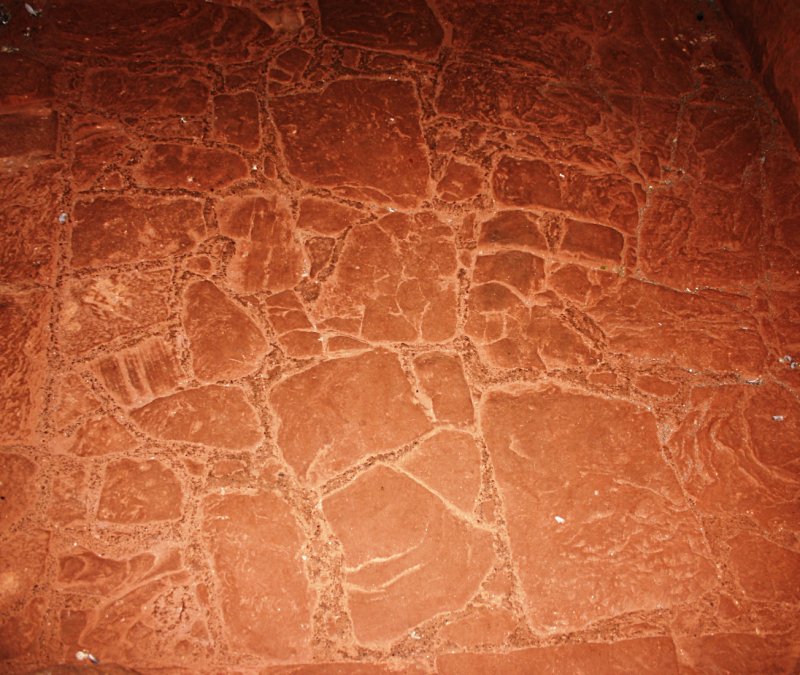 14/25 Paved floors of beautiful red sandstone in the donjon. 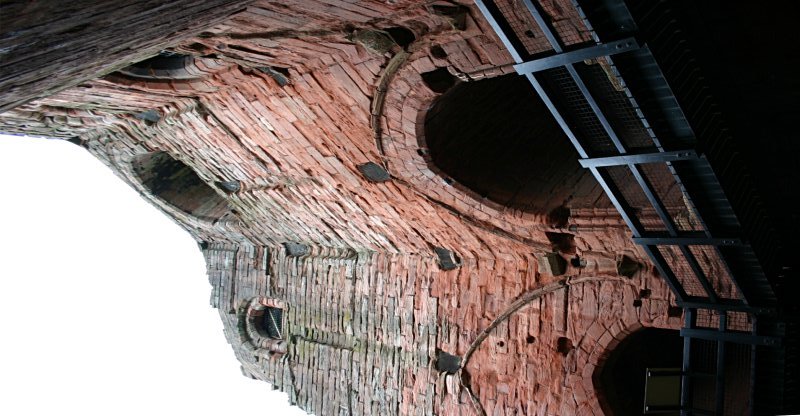 15/25 Looking up to the Lord's Hall from the basement of the donjon. 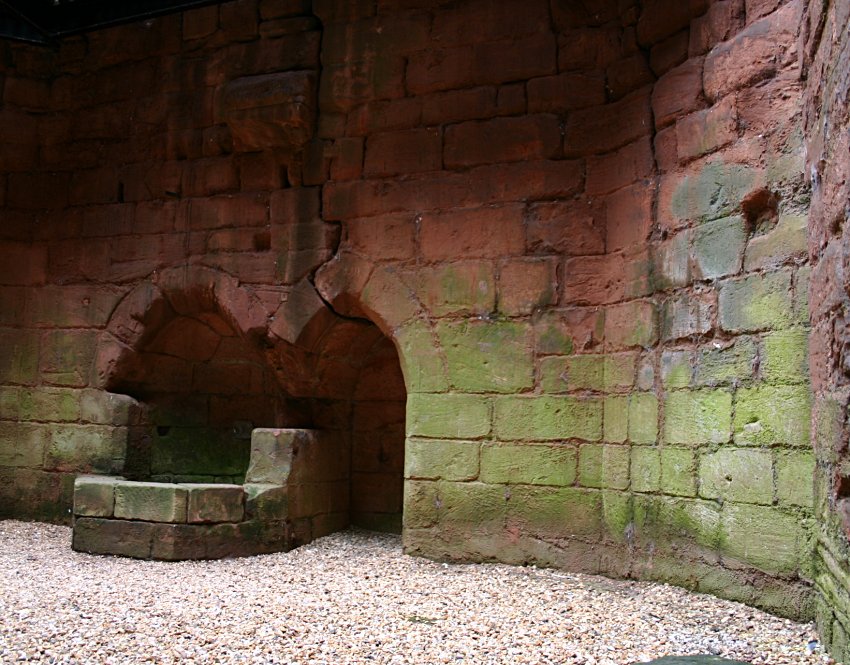 16/25 The well in the wall of the donjon in the basement. 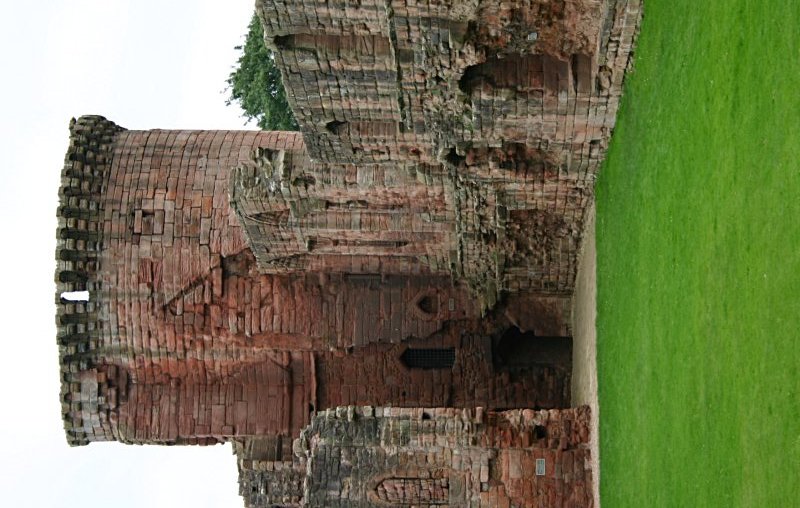 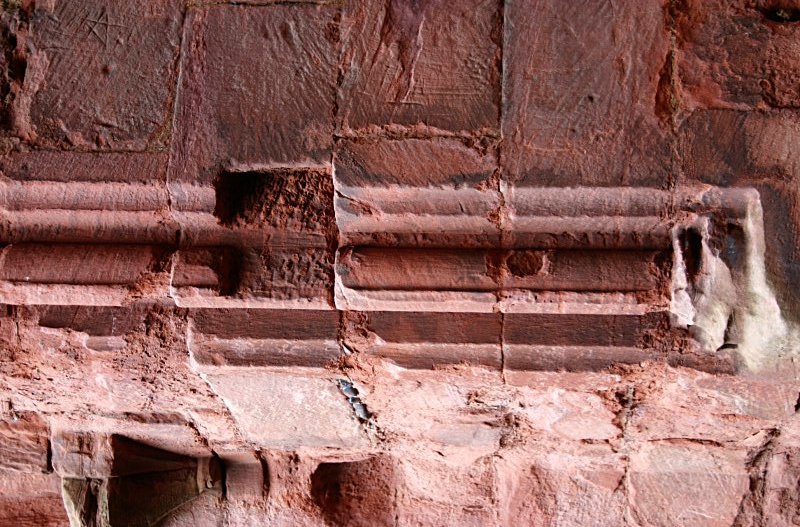 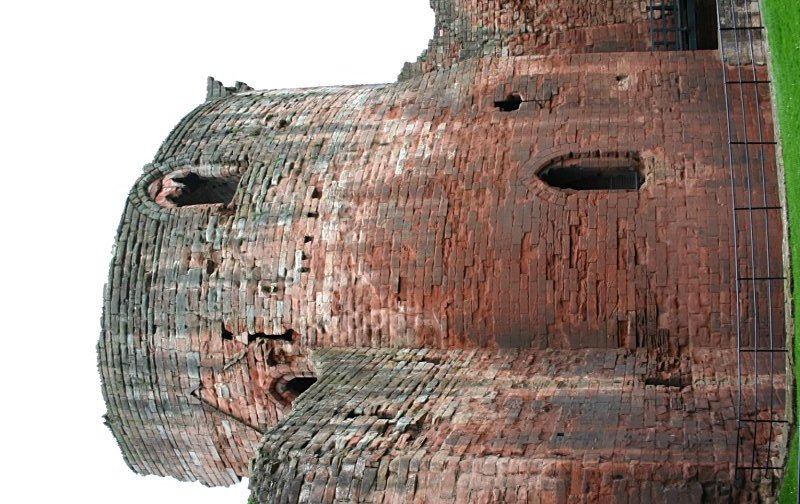 21/25 The donjon from the south side of the courtyard. 22/25 The great hall on the east wall, looking towards the southeast tower.

23/25 Looking west to the donjon from the great hall. 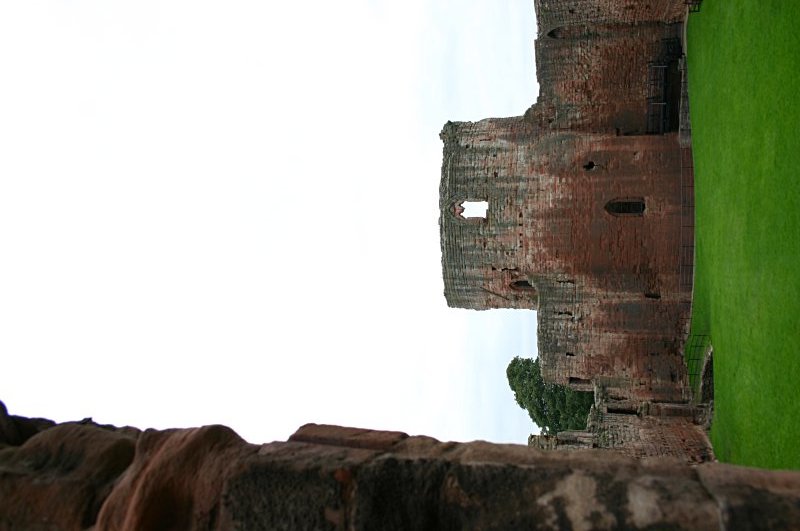 24/25 Looking west to the donjon from the great hall. 25/25 Windows in the great hall.
Previous Next