Craignethan Castle was built by Sir James Hamilton, with work starting in 1531. Sir James was a friend of King James V and as a result had access to some of the best master masons in Scotland. This likely helped Craignethan's design and construction.

In 1540, Sir James was no longer such a good friend of the royal family as he was accused of treason and executed, the crown taking possession of the castle as a result.

Mary Queen of Scots stayed here briefly as a guest of Lord Claud Homilton after her escape from Loch Leven Castle. Hamilton then led Mary's forces into battle at Langside. After their defeat the castle was taken by Moray as Regent.

An the 17th century the Covenanter Andrew Hay bought the castle. In 1665 he had a house built in the southwest corner of the courtyard.

Tradition has it that Craignethan was the inspiration for Tillietudlem Castle in Sir Walter Scott's novel Old Mortality. Scott explicitly denied this to be the case, but tradition is a hard thing to shake off! 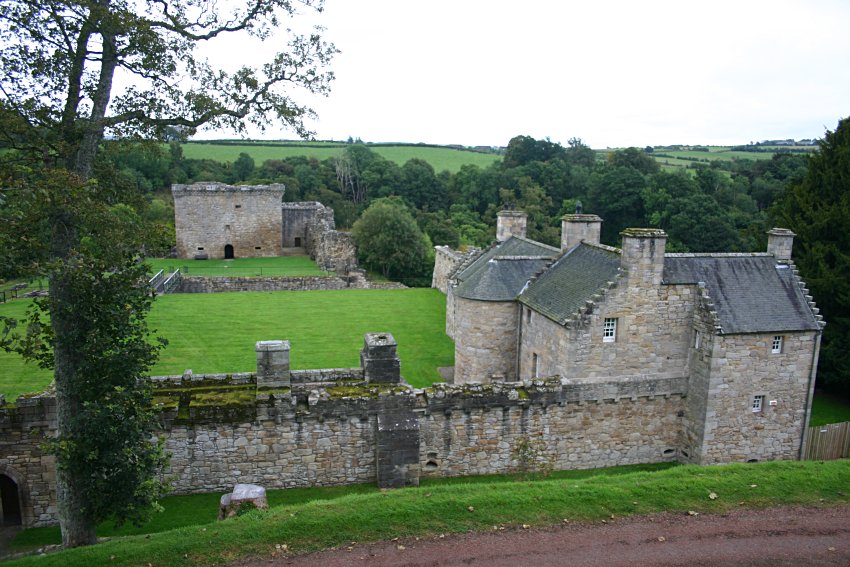 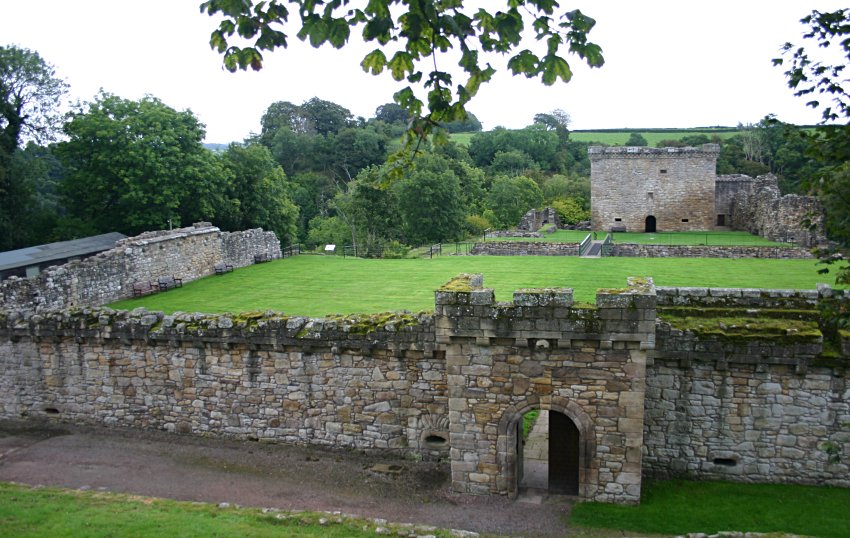 2/16 The front curtain wall, gatehouse and 16th century tower keep from the west. 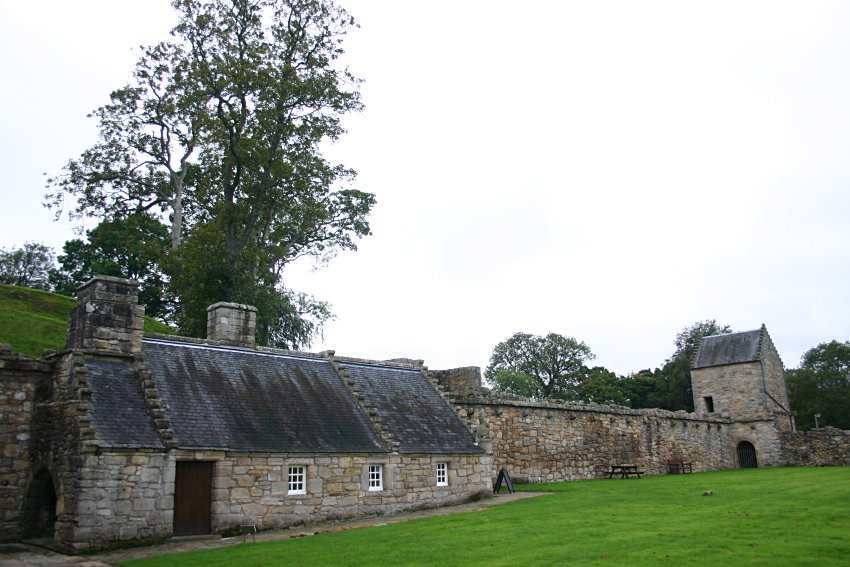 3/16 The curtain wall and outbuildings. 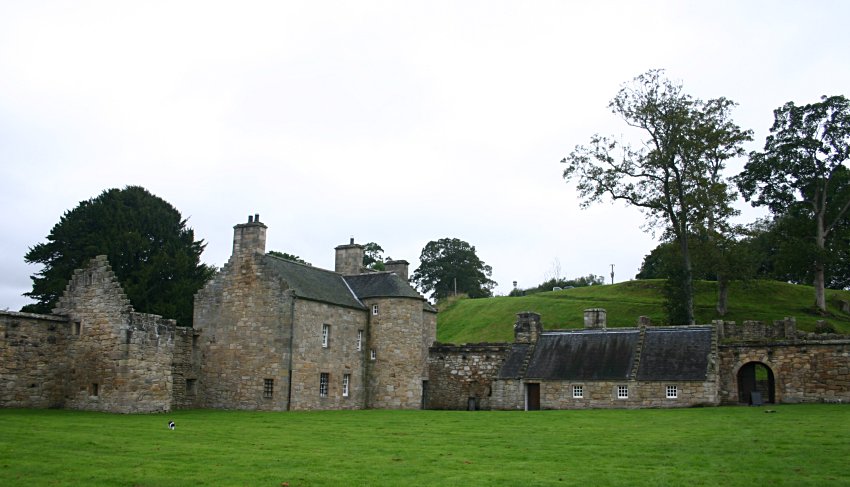 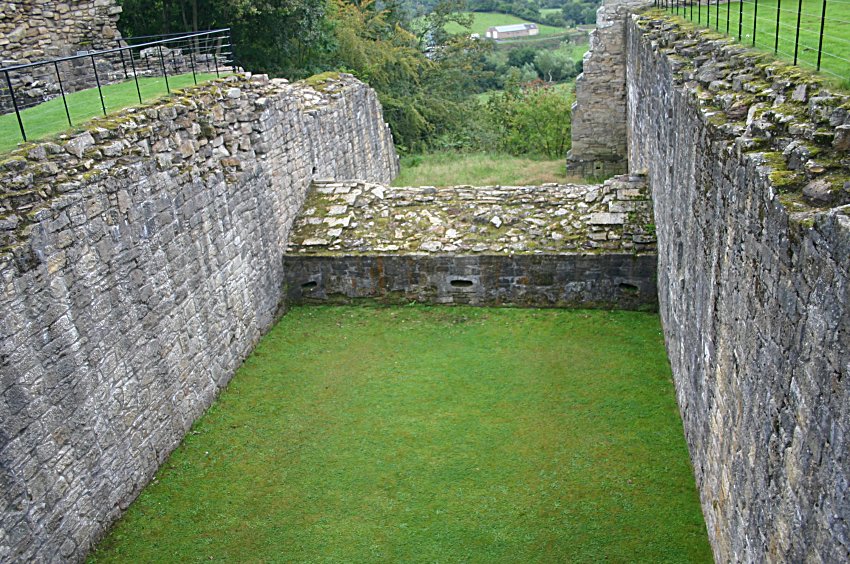 5/16 The defensive ditch and caponier, unique in Britain. 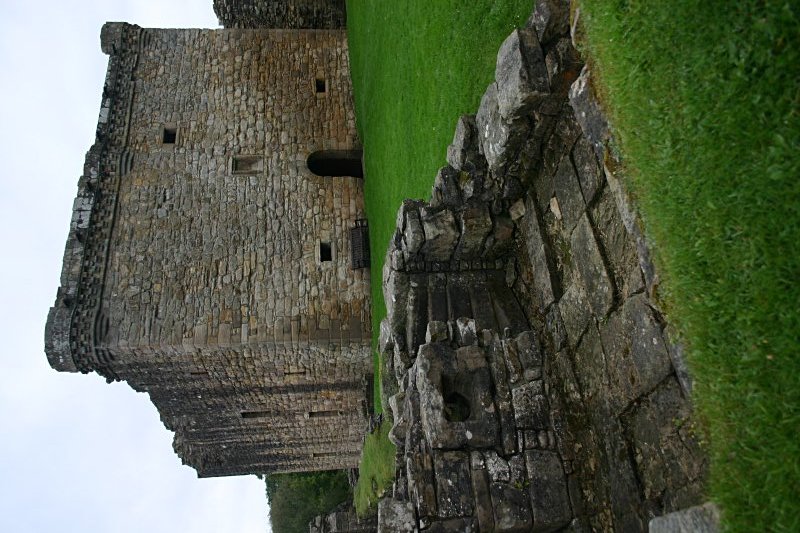 6/16 The tower keep and ruins of a rampart tower from the northwest. 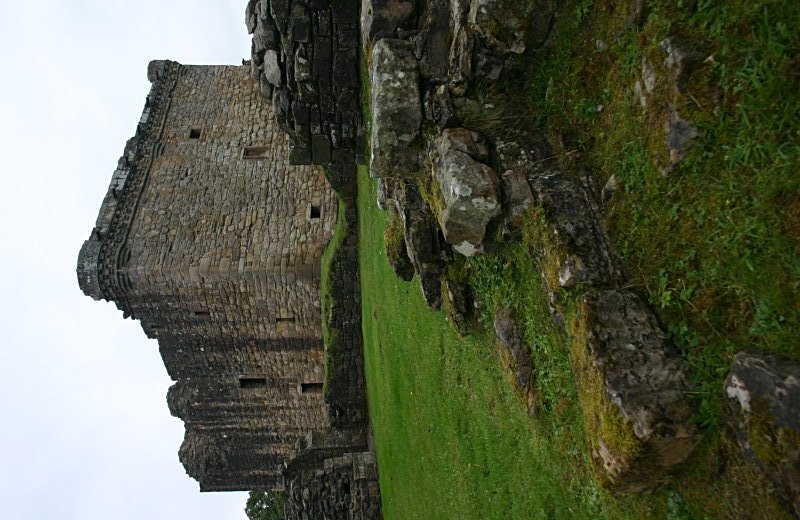 7/16 The tower keep and ruins of a rampart tower from the northwest.

8/16 The defensive ditch and caponier. 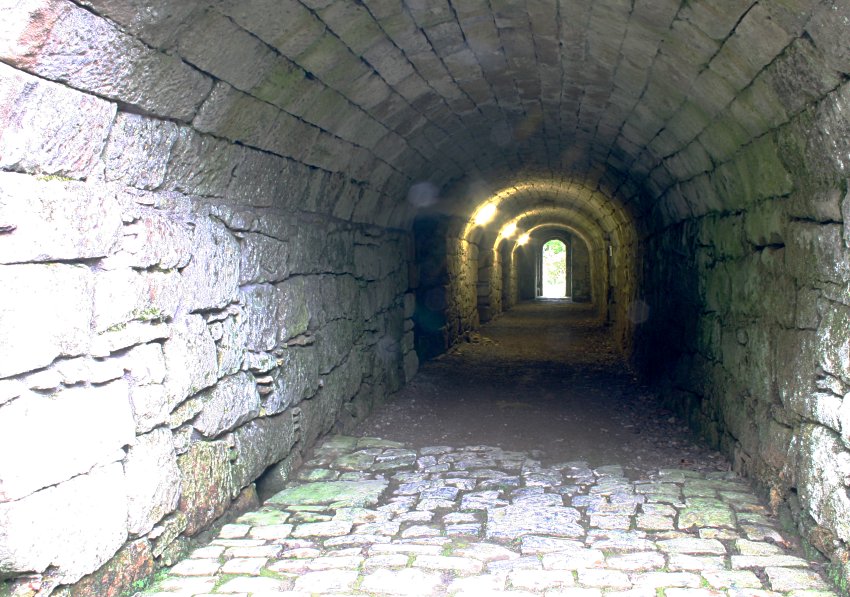 9/16 Vaulted corridor under the keep tower leading to the cellar vaults. 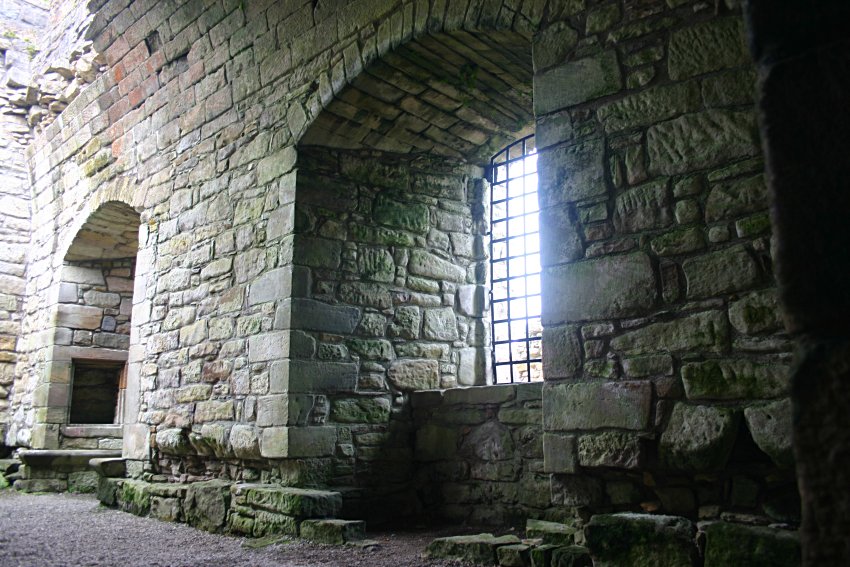 10/16 Remains of the vaulted hall in the keep tower. 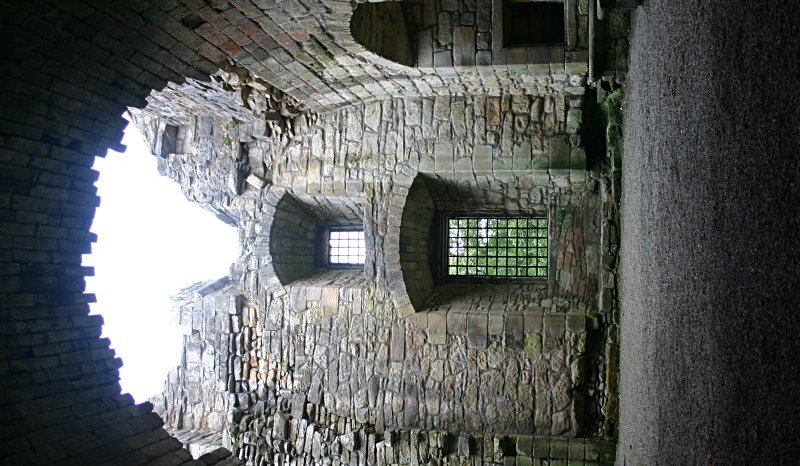 11/16 Remains of the vaulted hall in the keep tower. 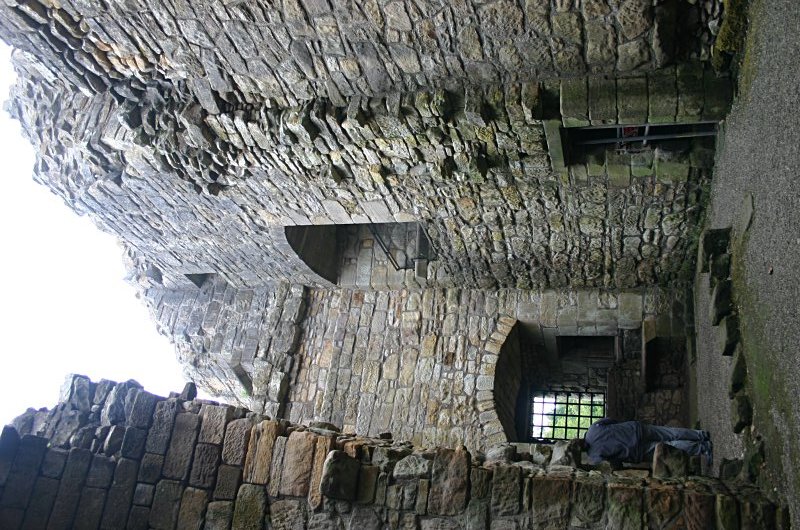 12/16 Remains of the vaulted hall in the keep tower 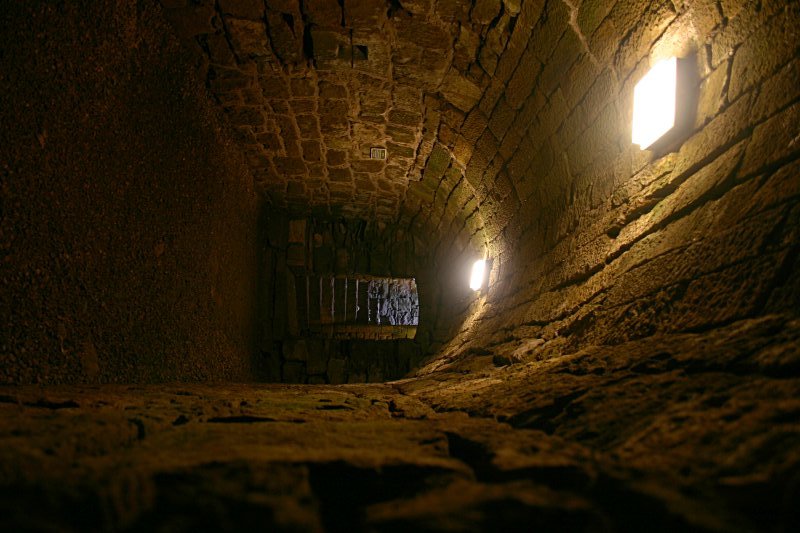 13/16 Vaults under the south-east tower. 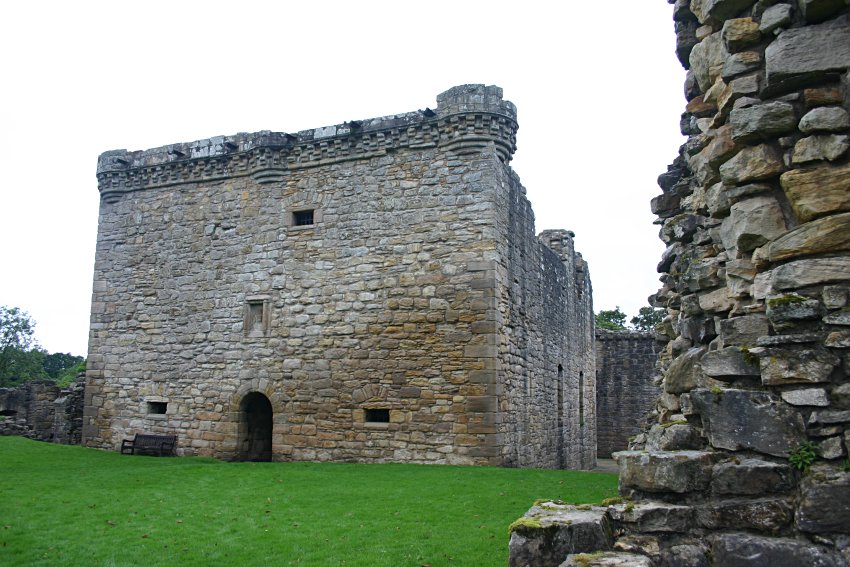 14/16 The tower keep from the southwest. 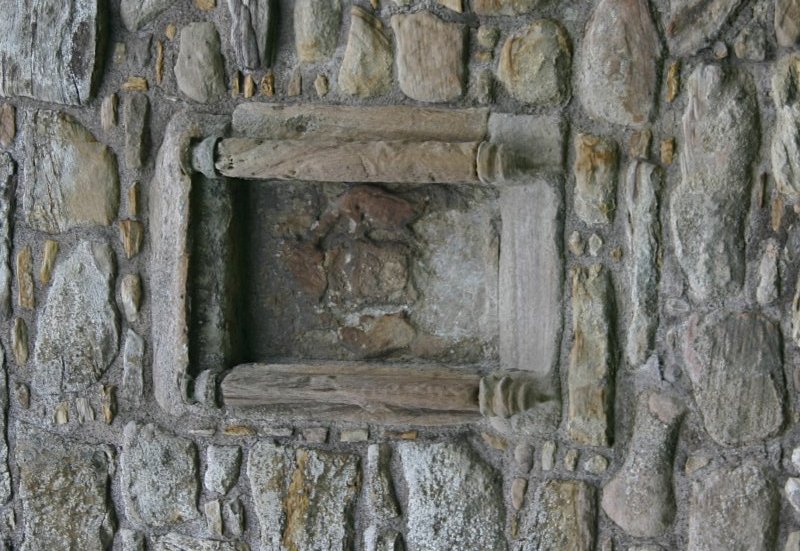 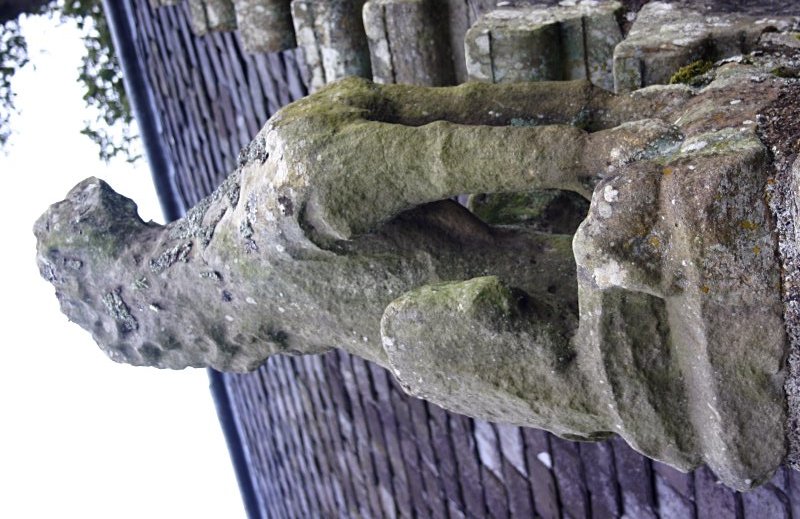 16/16 Crumbling unicorn by the main gate.
Previous Next