High on Craigmaddie Muir is a natural amphitheatre in the peat bog. Within that bowl are a pair of very large boulders with a third balanced on top. It looks not unlike a burial chamber with the capstone still on top, but it was almost certainly left this way by a glacier.

Some of these look relatively modern. And whilst it's not possible to date the carvings, some of them look much older and are in a classic Celtic style perhaps dating to the Iron Age. Celtic heads are often associated with water - and today this is one of the wettest parts of a boggy location. Waterproof footwear recommended! 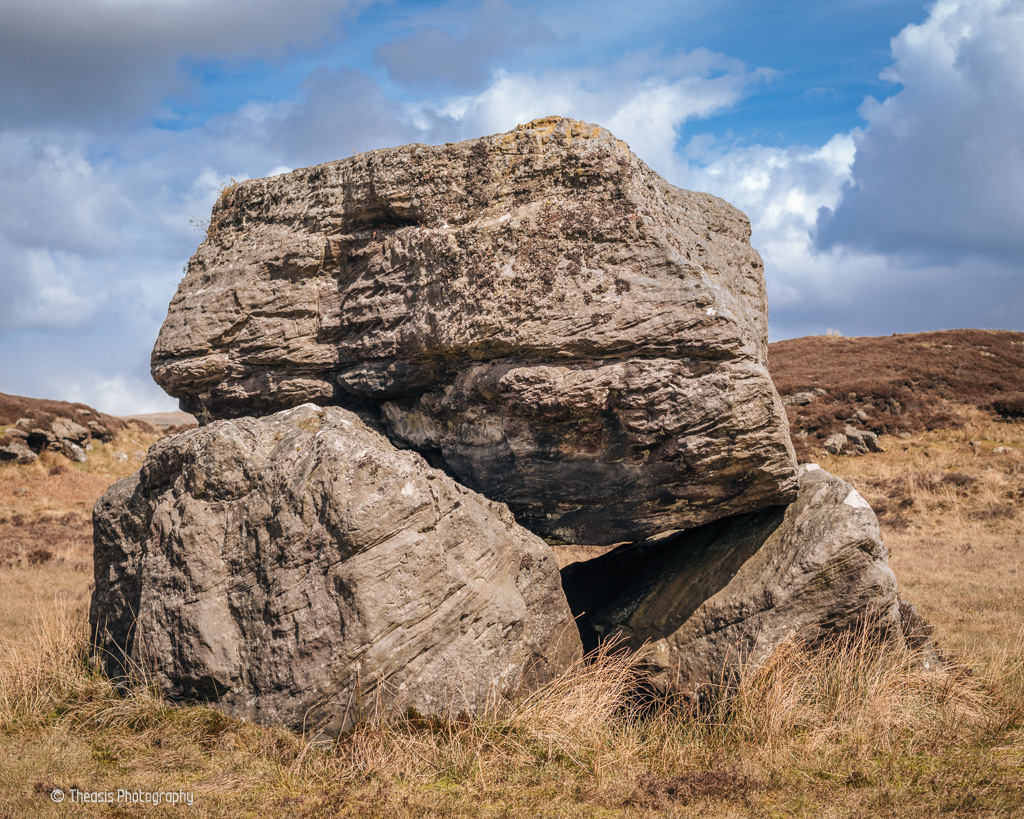 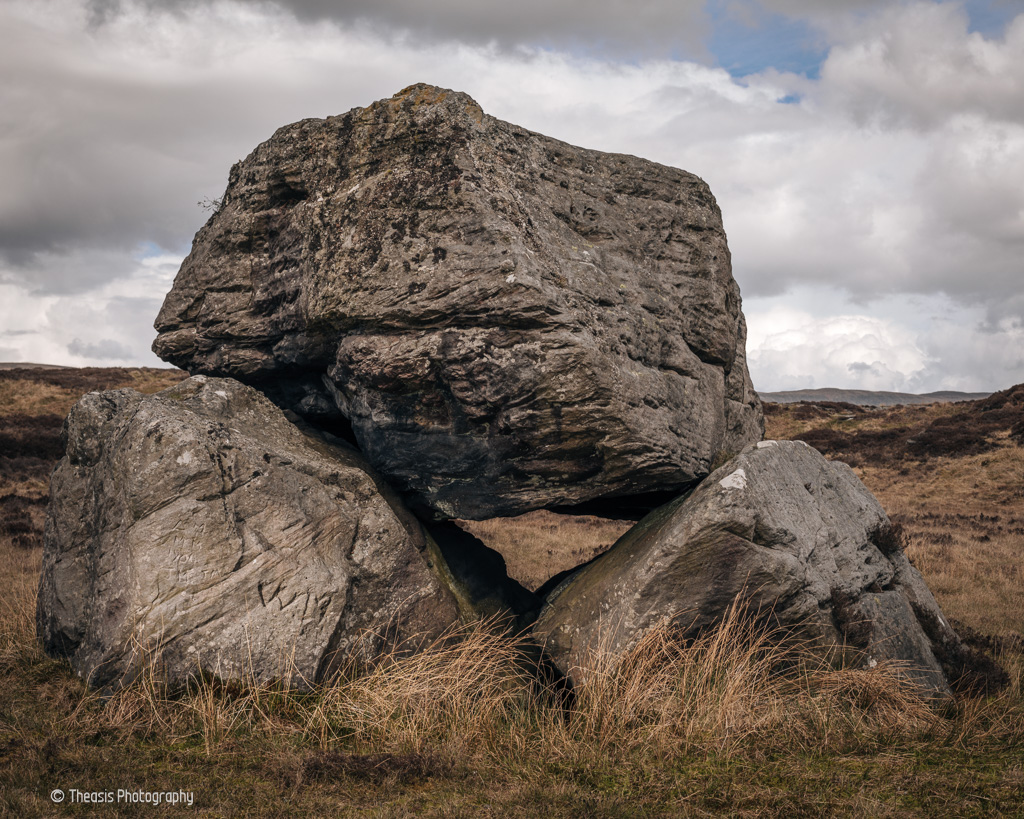 3/19 View from the north, with Glasgow and the Clyde Valley in the distance 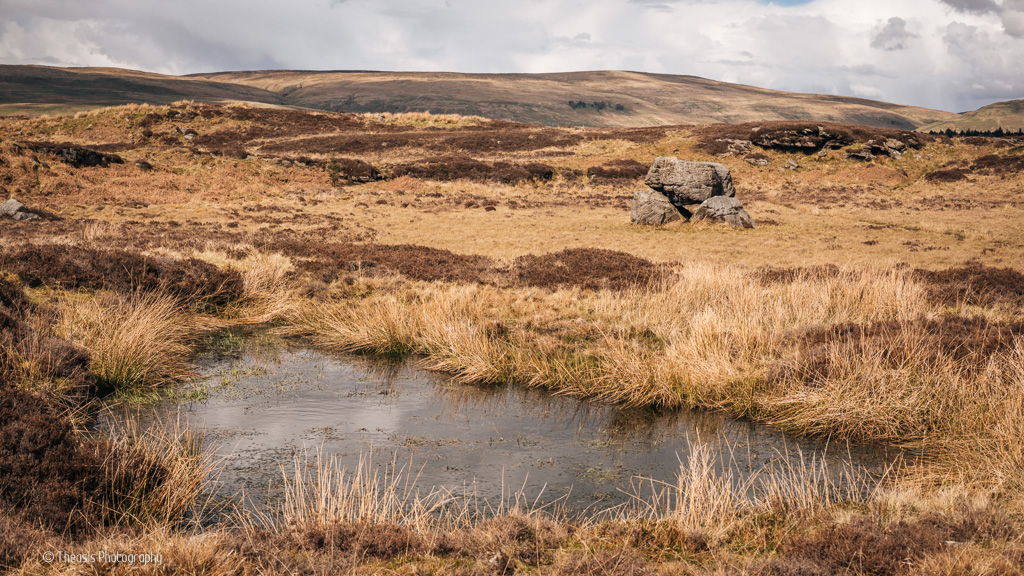 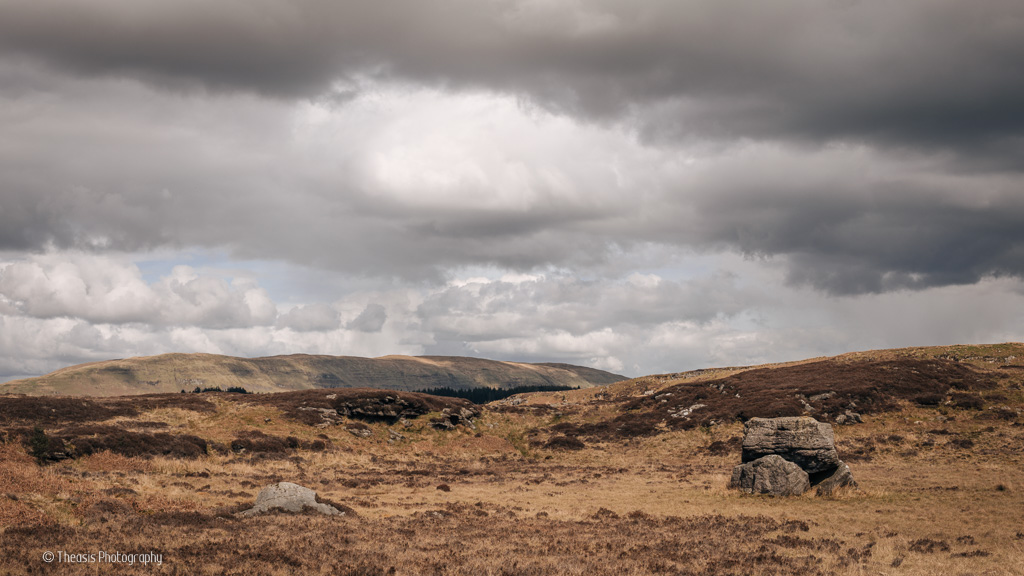 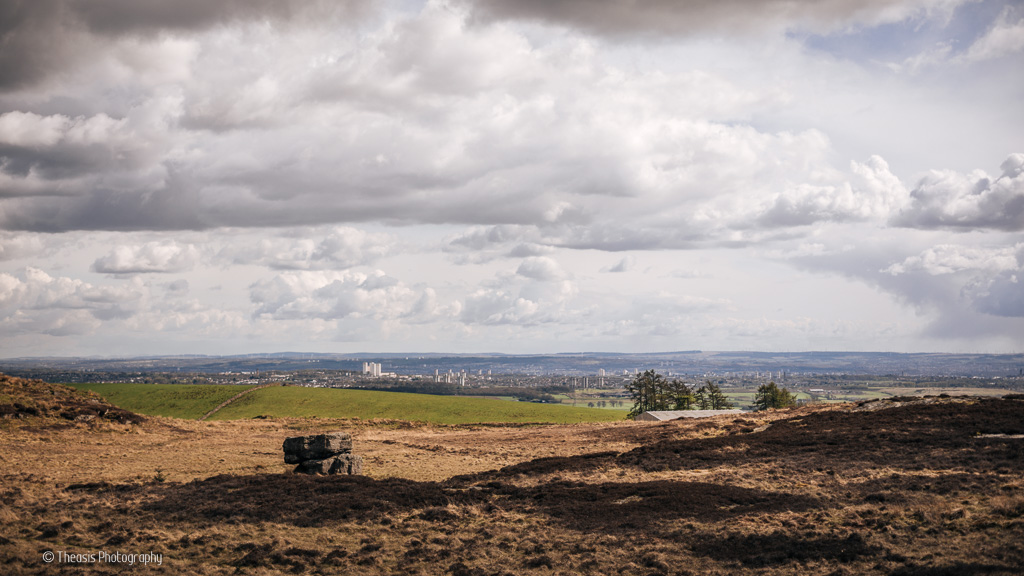 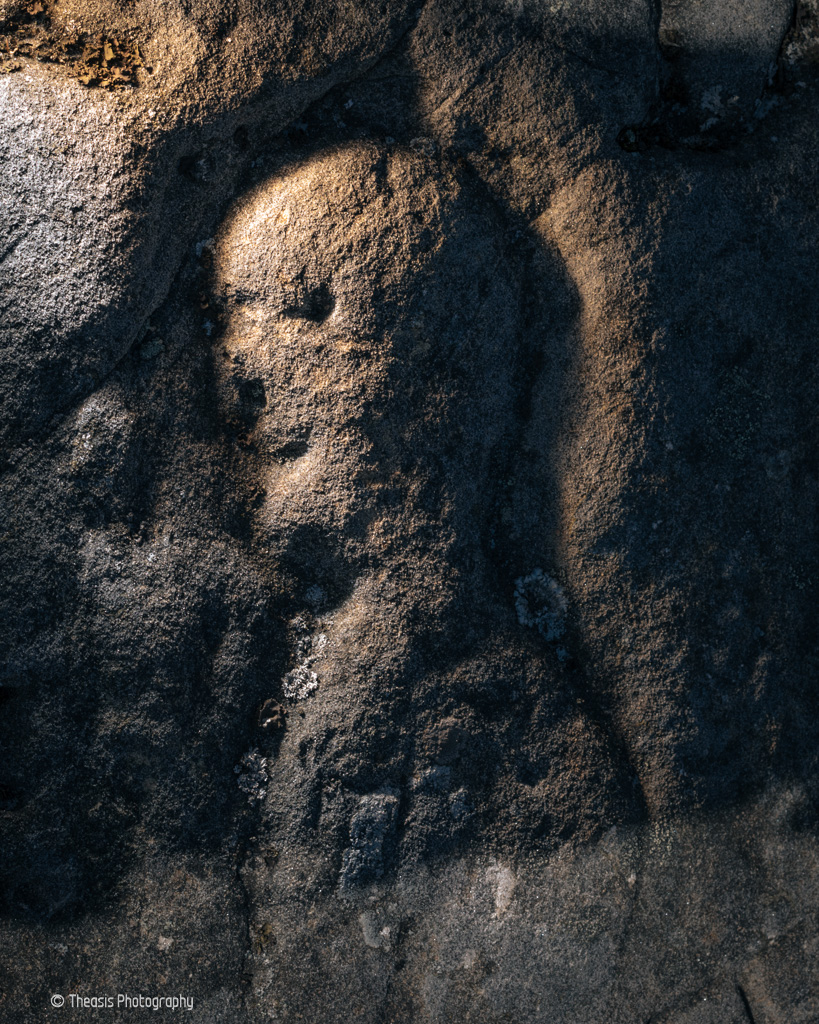 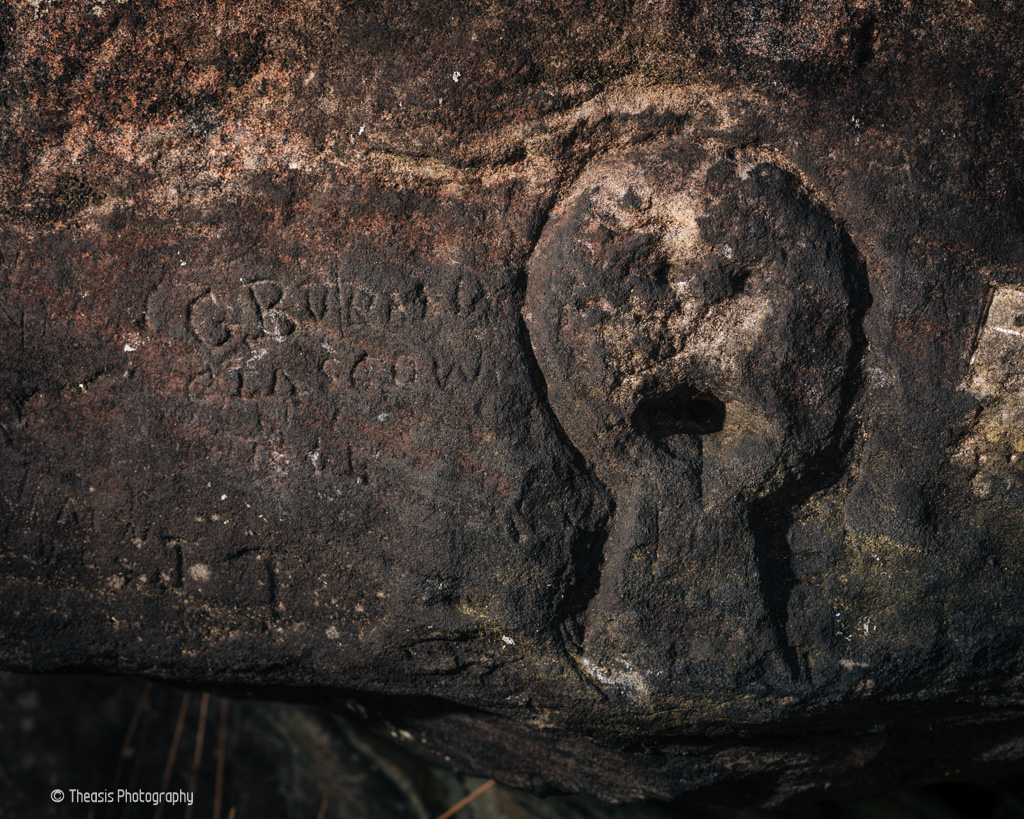 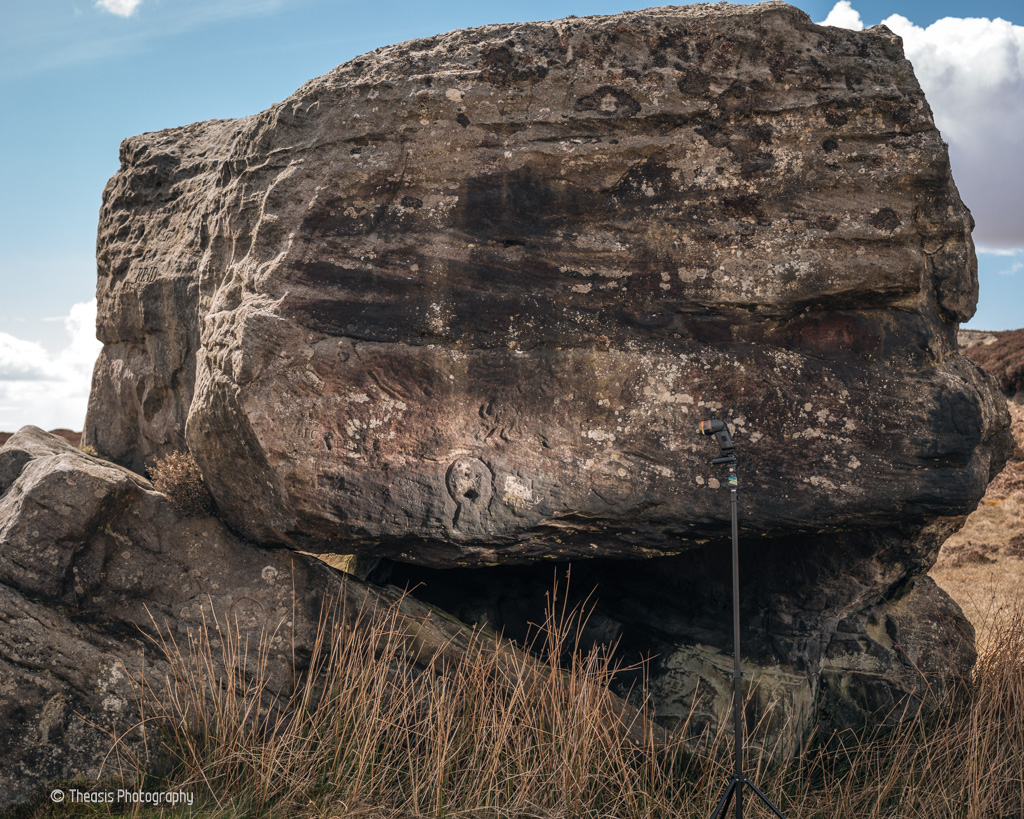 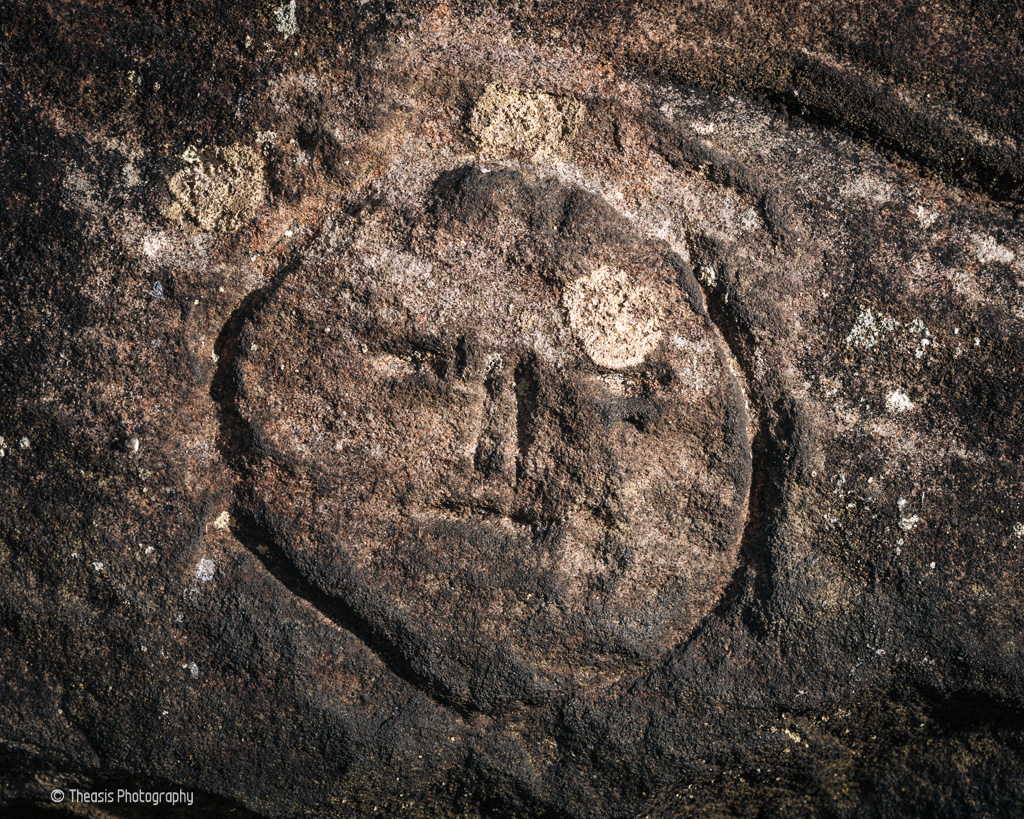