Although somewhat ruinous - not to mention vandalised with New-Age Magickal GraffittiTM - this is a wonderfully atmospheric and beautiful stone circle.

Set in a clearing in Druids' Seat Wood just north of Perth, it is peaceful and lit with soft green light through the trees. (Edit: That was true when I created this page in 1999; since then, the forest has been cleared and it is much harder to see the charm of the site amongst the tree stumps and tyre ridges.)

There are nine stones in a thirty-foot circle ranging from a stocky squared boulder nearly six feet tall down to much smaller stones little over two feet tall. Tall and short stones alternate round the circle, although this is not so obvious now that several of the stones have fallen. 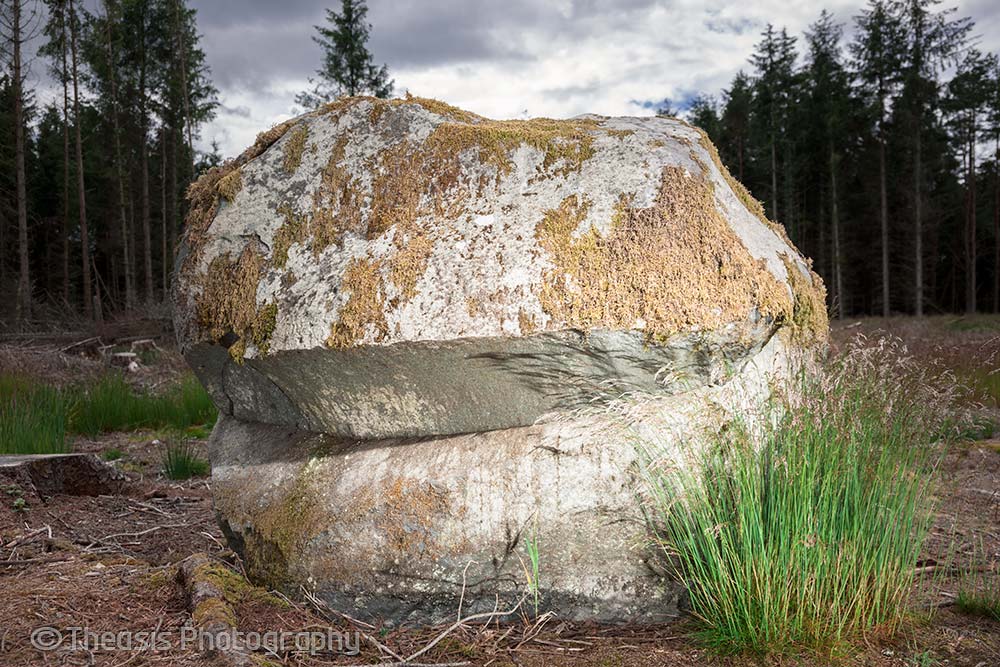 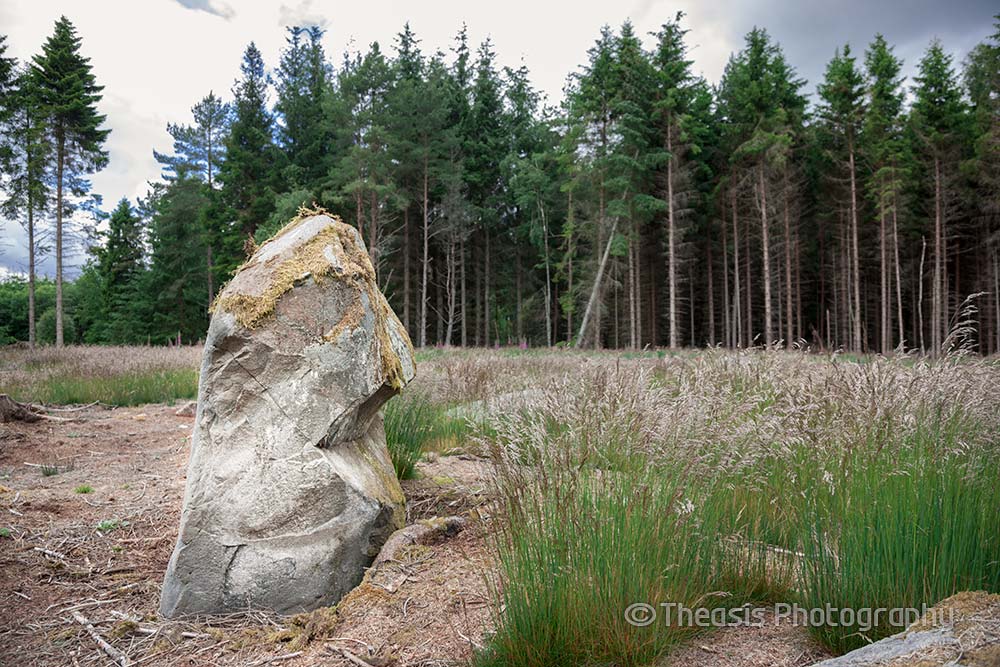 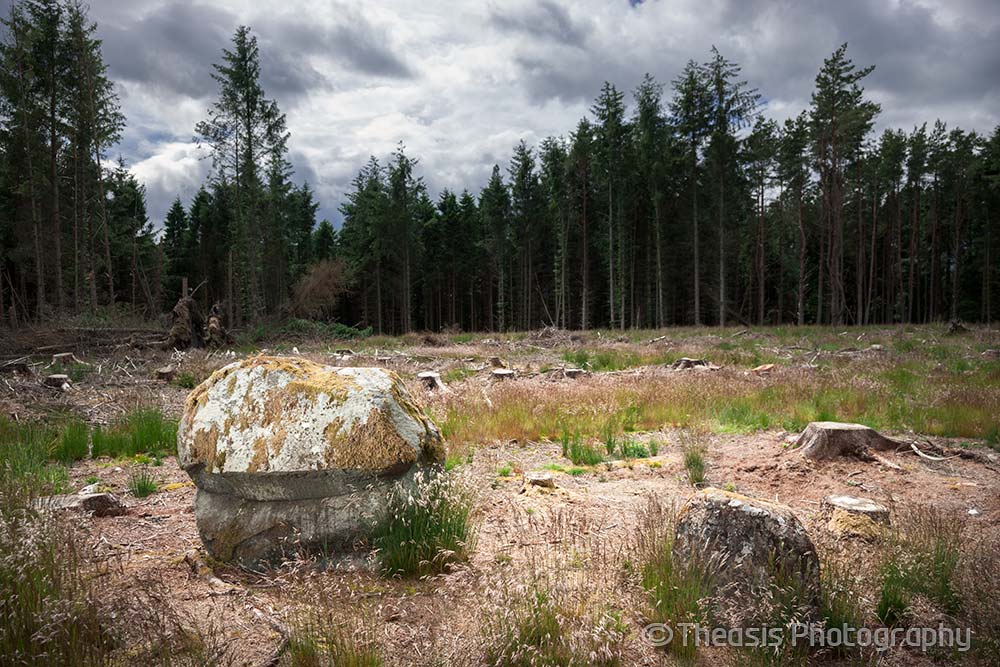 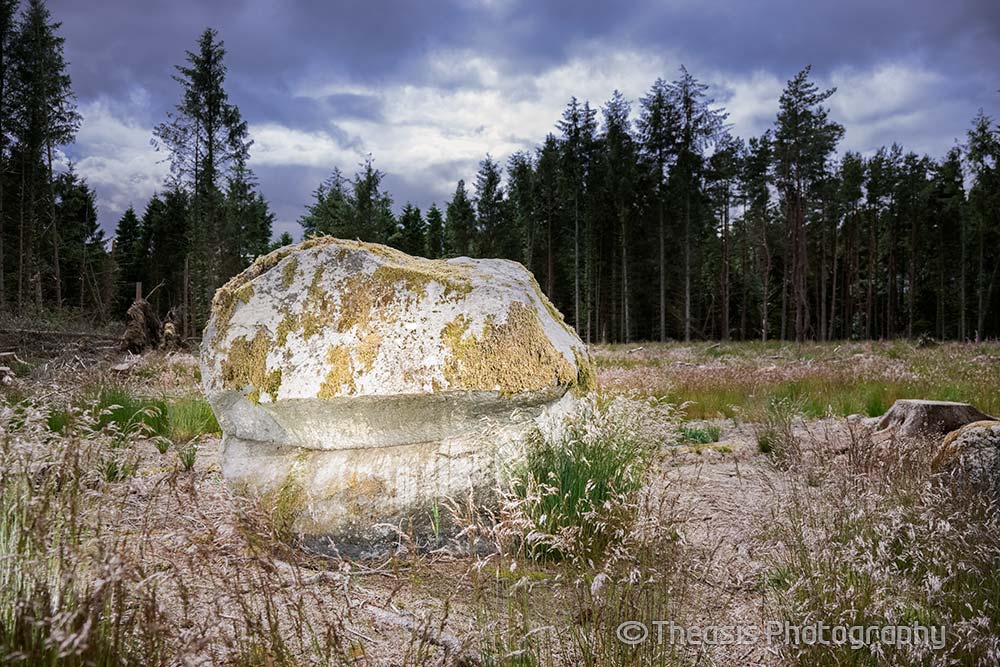 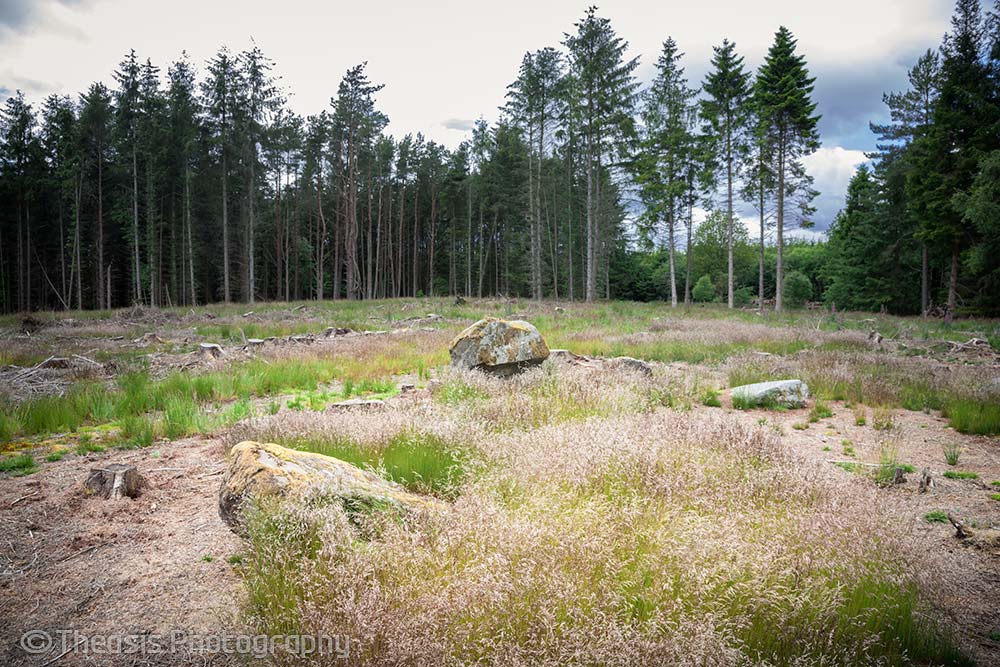 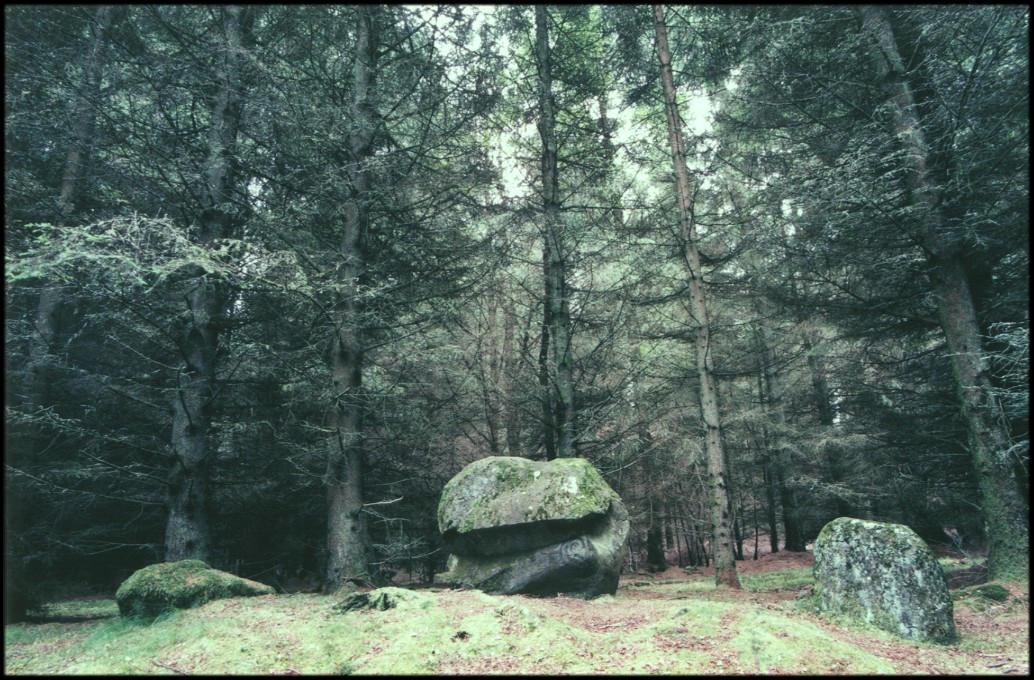 6/14 Looking southwest. The southwestern-most stone is clearly the most massive, but a fallen stone at the southeast would have been taller. 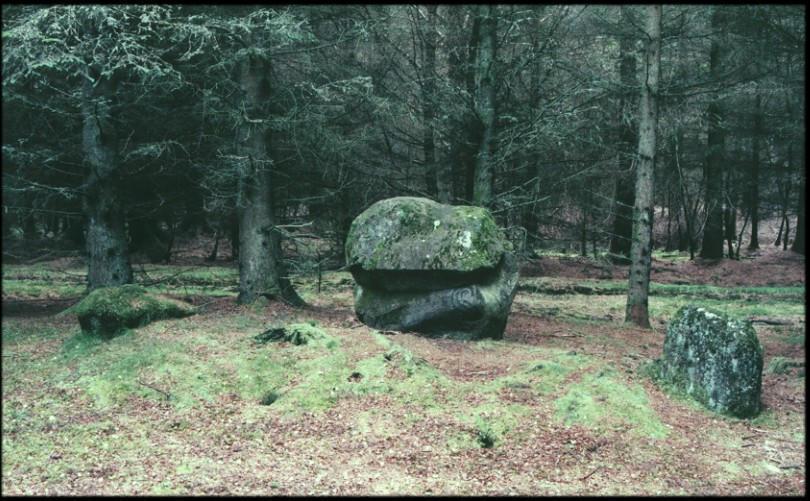 7/14 Another view of the southeastern arc 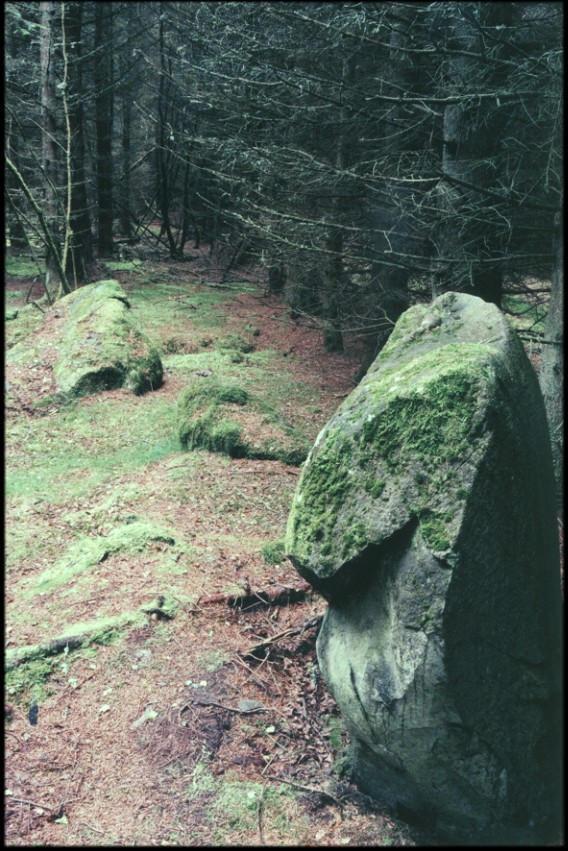 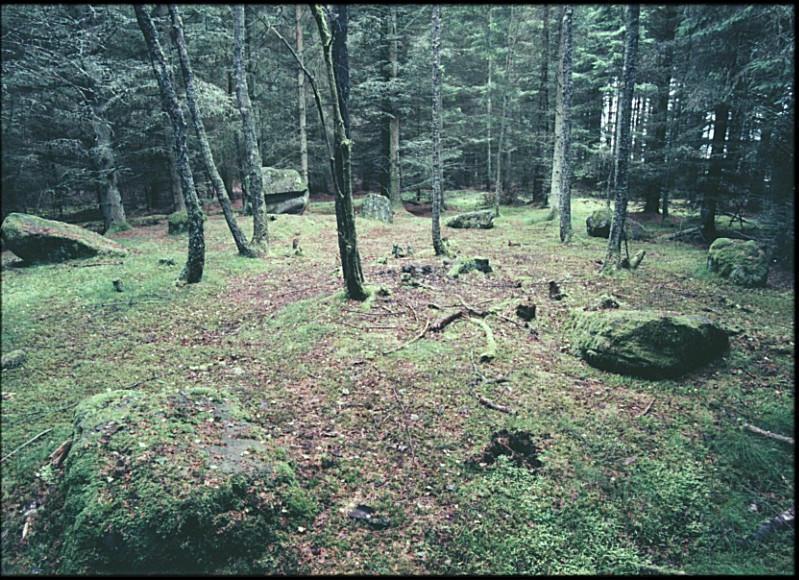 9/14 View of the whole circle from the north east

10/14 View of the circle from the south east 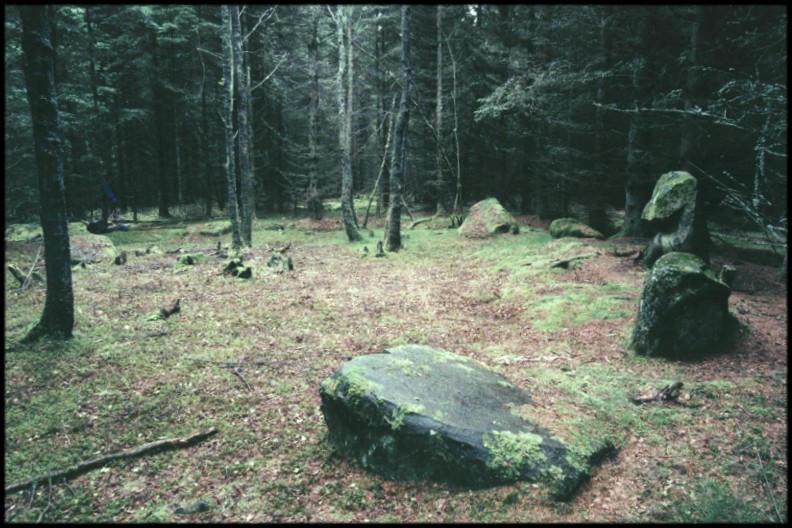 11/14 View of the circle from the north west 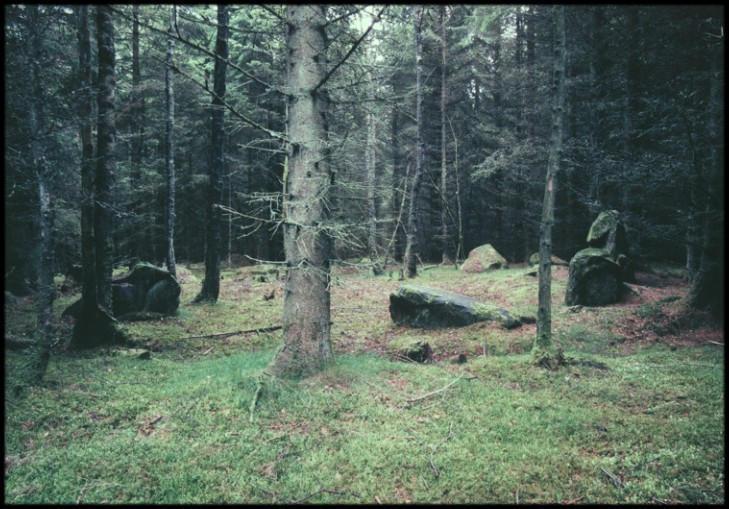 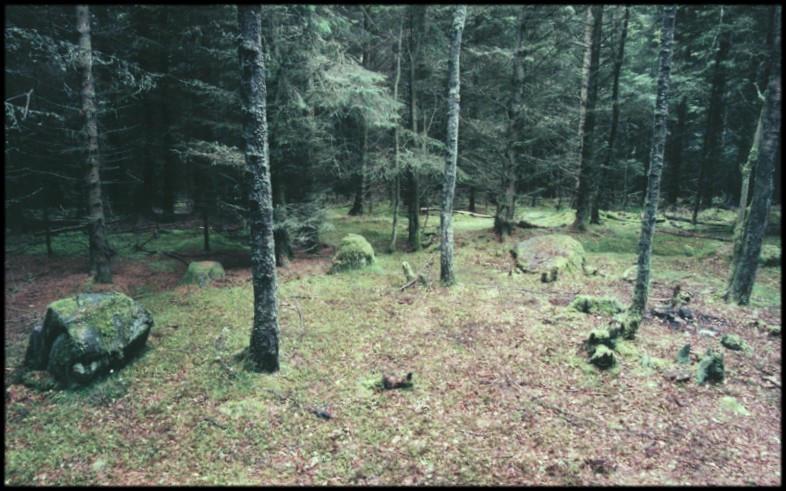 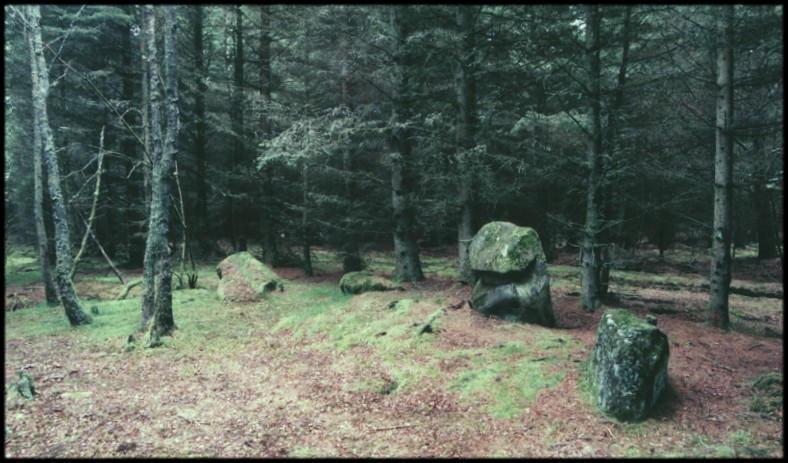 14/14 The southern arc
Previous Next