There are two Class I Pictish Symbol stones (rough rocks, incised symbols) at Aberlemno. The best known is the fine Serpent Stone, so-called because of the serpent symbol at the top. The other is much less well known as the symbols have been largely eroded away.

There are three symbols on the front of the Serpent Stone: a serpent (which gives the stone its name); a double-disc-and-Z-rod; and a mirror-and-comb. On the back of the stone are several cup-marks.

It is commonly thought that the Serpent Stone is a much earlier megalith that was re-used by the Picts. 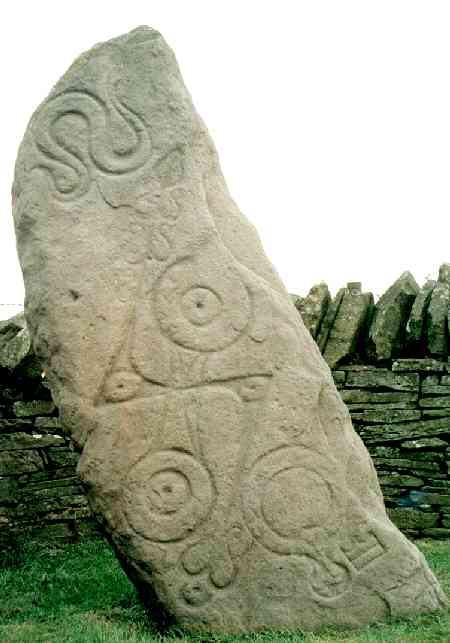 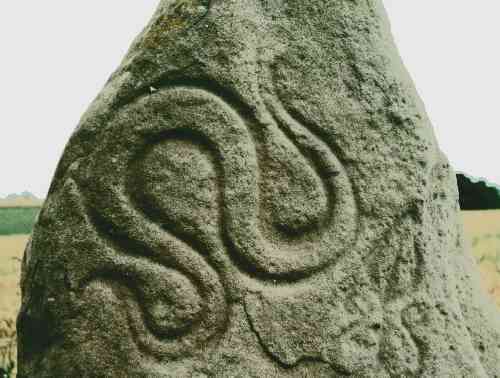 2/5 Detail of the serpent symbol. 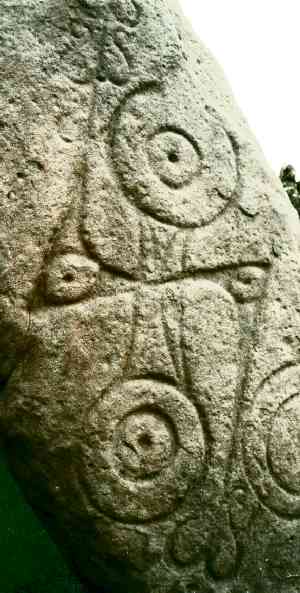 3/5 Detail of the double-disc and Z-rod symbol. 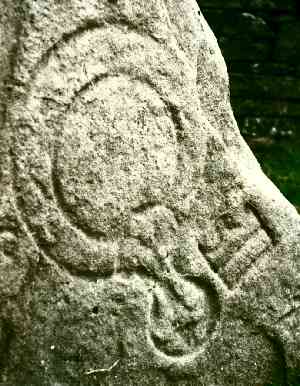 4/5 Detail of the mirror-and-comb symbol. 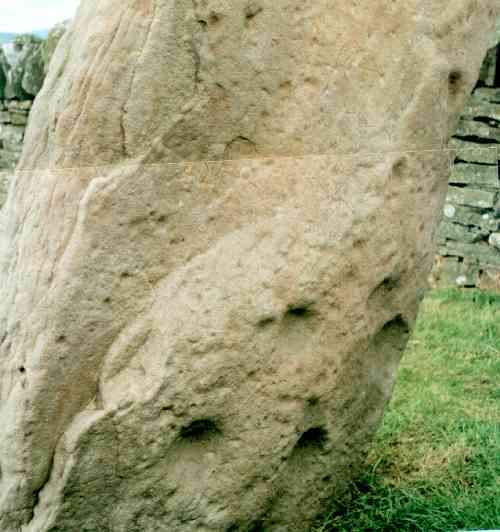 5/5 Cup marks on the back of the Serpent Stone.
Previous Next